Skip to content
Sign up for our newsletter
section-ads_high_impact_1
By Buck Wargo Special to the Las Vegas Business Press
November 20, 2015 - 4:24 pm 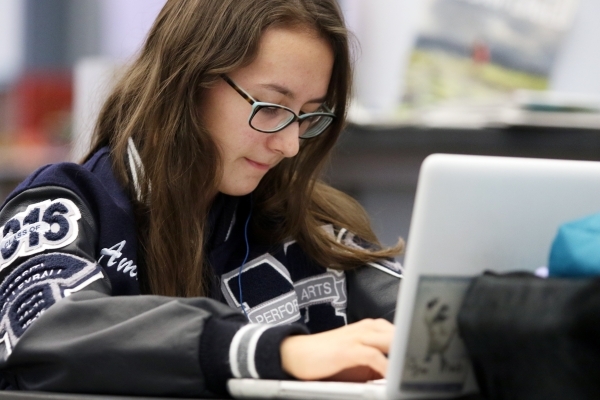 Senior Amanda Hansen works in the library at The Meadows School Thursday, Nov. 12, 2015, in Las Vegas. The Meadows School is a college preparatory, nonprofit, nonsectarian school that caters to students grades PreK-12 and is located on 40-acres in Summerlin. Ronda Churchill/Las Vegas Review-Journal 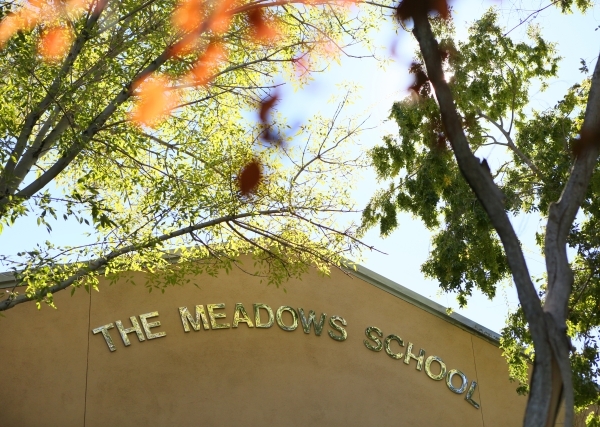 The Meadows School entrance is shown Thursday, Nov. 12, 2015, in Las Vegas. The Meadows School is a college preparatory, nonprofit, nonsectarian school that caters to students grades PreK-12 and is located on 40-acres in Summerlin. Ronda Churchill/Las Vegas Review-Journal 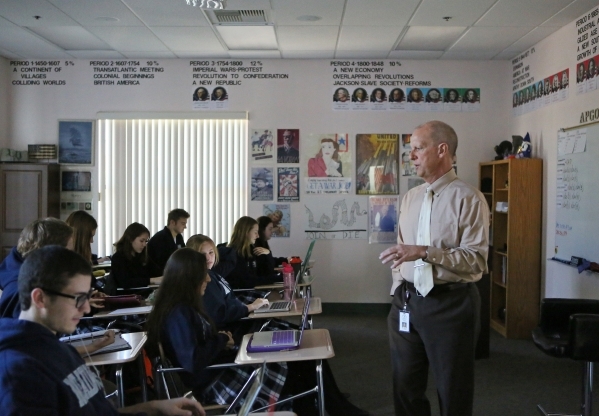 The headlines have not been kind to the Nevada public school system.

The 2015 national ranking by the Anne E. Casey Foundation has Nevada at No. 50 for the fourth consecutive year.

It’s no surprise that some parents eager to give their children a quality high school education and see them accepted into a top college are turning to Southern Nevada’s private schools.

It’s common for the city’s largest private high schools to have more than 95 percent of their students accepted into college.

Administrators at the valley’s largest private schools say their schools are a great place to prepare students for college. A big part of that success is built on ambitious students and supportive parents.

And you won’t hear administrators dissing the public school system. They point out there are many great students who excel in public schools and go onto college.

However, the success of private schools can’t be understated.

The Meadows School, a private college preparatory school that runs from kindergarten through 12th grade, said 100 percent of its students have been accepted to college since its first graduating class in 1991.

When parents invest $12,000 to $13,000 a year for tuition, they expect that their kids are prepared for college, he said. Kiefer noted that 30 to 40 percent of its 1,450 students this year are getting tuition help,

“Most of the private schools and heads of school I have spoken with say that we have a culture of expectation that everyone who comes to our school is going to go to college,” Kiefer said. “A city like Las Vegas is a little different because it’s a town which one does not need a college degree to make a very good living. We want them to seek that higher education. It’s a private school value and Catholic school value.”

Jeremy Gregersen, head of school at The Meadows School, said his students are focused on college from the moment they step on campus. He described it as an East Coast college prep education for the “able and ambitious” with students tested to get in — something the public school system can’t do. And if students aren’t interested in college, they’re not coming to the program where high school tuition runs $24,025 a year. Some 20 to 25 percent of students are on scholarship.

“If you are in a community where every single student is going to college, than that rising tide raises all boats,” Gregersen said. “You have an opportunity to sit in every classroom next to somebody who’s also going to college. The level of conversation and level of instruction therefore rises.”

The Meadows School has 270 students in its high school and will graduate 60 this year. Upper school classes are capped at 18 students, and Gregersen said that small class size means teachers get to know their students. That’s vital preparation for college which has become more important and more competitive with 60 percent of jobs in the future requiring a college degree.

Faith Lutheran reported that over the past three years, its students have been accepted into 455 universities in all 50 states. Three of its top students who graduated in 2015 are attending Princeton, Stanford and Duke.

“We’re a school where kids don’t want to valet at the Bellagio but own the Bellagio someday,” Buuck said. “It’s competitive in a good way and a real good vibe on this campus. It lifts everybody’s sights on trying to get into school and furthering their education. That’s part of the culture here.”

Parents pay $11,100 a year for tuition at Faith Lutheran, and they have high expectations for their kids, Buuck said. Of the school’s 1,680 students, 283 qualify for financial aid.

Not competing with CCSD

Students have to fare better than 40 percent of students nationwide in a placement test to gain admission. It’s not like the private schools are taking students who are doing poorly and transforming them, Buuck said.

Faith Lutheran borrowed the concept from the public school system, said Buuck, who added that parents who sent their kids through that system shouldn’t fret that they’re not going to do well enough to get into college.

There are students coming out of Clark, Eldorado and Rancho who do well on the ACT and SAT tests, have good grades, and are getting in the nation’s best schools too, Buuck said. Ninety percent of Americans send their kids to public schools because it’s free and those schools have shown they can get kids into very good colleges and universities, he said.

“Your only option is not just private schools,” Buuck said. “There are heroic administrators and teachers in the public schools here. We applaud their efforts and we want CCSD to be great. We don’t feel we are in competition with them. We just do something different. The only reason why our school started and most privates did is there is a religious component to them. People said we want our kids to have Christian education, and that’s why they started Faith Lutheran in 1979.”

While Gregersen also said students don’t have to go to a private school to get into college, he said he’s convinced it makes a difference in how prepared they are when they get there. There are so many students in college who need math and writing remediation and public schools can only do so much with the number of students they have.

“Our students arrive at college and have a very easy time making that transition,” Gregersen said.

Kiefer said it’s important to have teachers who understand the rigors of college and preparing students to succeed at the next level. Students return to campus and say they’re glad Bishop Gorman is was tough for them and how they can write papers in college and have critical thinking skills, he said.

“There’s that expectation of rigor here. In other schools and depending on the program, we have kids in this city in public schools who are going to be Rhode’s Scholars,” Kiefer said. “It’s a function of three different things. You have student desire, parental support and school support. When all three of those things come together, you get successful kids.”

Bishop Gorman administrators said they will reject some students who aren’t prepared but at the same time will take a chance on some freshman who can blossom once they move from middle school to high school. Kids will go from a 2.5 GPA during their freshman year and get it up to 3.8 to 4.0 by their senior year.

Despite the importance private schools place on getting their students into college, Buuck said his school doesn’t apologize for its focus on a Christian setting. He said getting students into the best schools in the nation is a byproduct of its overall mission.

“I have stood up at our new family orientation and told them if we have a choice of getting your kid into Harvard or getting them into heaven, we will take heaven all day long,” Buuck said. “Parents feel we love kids here and our going to take care of them and do our best with the resources we have to prepare them for life deep into the 21st century. Public and private all have the same goal except for the religious element. We love kids and want to prepare them for life after high school.”