Skip to content
Sign up for our newsletter
section-ads_high_impact_1
By Jim Pawlak Special to the Las Vegas Business Press
November 23, 2015 - 4:05 am 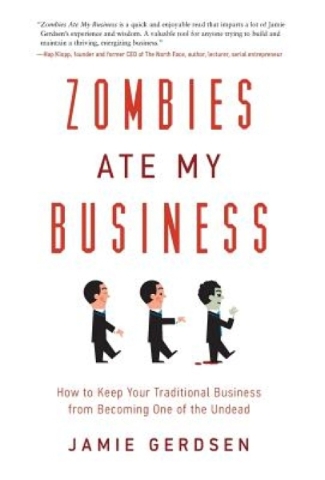 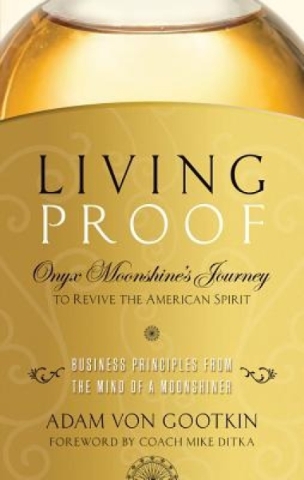 “Zombies Ate My Business — How to Keep Your Traditional Business from Becoming One of the Undead” by Jamie Gerdsen (Greenleaf Book Group, $16.95)

Mainstay neighborhood businesses have been under attack for quite some time from big box stores and Web-based shopping. Gerdsen, the owner of Apollo Home, an HVAC company, believes that many local businesses saw themselves as victims; they gave up and closed. The reason they gave up: Like the walking dead, they led a stagnant, narrowly focused existence.

The “zombie business” owner began basing decisions on what’s least disruptive, rather than “what needs to be done to make them grow.” The owner forgot that creativity was the lifeblood of any business. Employees were infected; they became zombies by default because new ideas weren’t wanted. They did their jobs with little enthusiasm.

So how can you change the culture from sameness and maturity to growth? While new blood may be part of the answer, the owner must be willing to drive change. Where can he drive it? Gerdsen uses the example of the choices he examined as CEO of Apollo Home.

Three didn’t provide diversification of the core business: expanding locally, expanding regionally through acquisition and line extensions that would take the firm into new markets. While there would be new customers, the core business would remain essentially the same.

One choice did provide diversification that could open up new markets and new customer doors: adding complementary business lines via startup or acquisition. Expanded offerings would appeal to a broader demographic. Apollo HVAC became Apollo Home as it added plumbing and drain cleaning, electrical, handyman and appliance repair. Service contracts and home warranties bundled many services. The business grew again.

The bottom line: “Victim of circumstance” isn’t a business strategy. Think about what you could do, then execute.

“Living Proof — Onyx Moonshine’s Journey to Revive the American Spirit — Business Principles from the Mind of a Moonshiner” by Adam von Gootkin (The Career Press, $15.99)

Von Gootkin and Pete Kowalczyk, co-founders of Onyx, can trace their moonshining lineage back to the mid-1800s in Connecticut where “Yankee shine” was made from corn and malted grains, rather than sugar cane that Southerners used. It became a business for them in 2009 — even though they knew nothing about making liquor or distribution channels.

Why did they decide on moonshine in an already-crowded beverage market? It was a unique niche that was underserved. How would they start? They read every book they could find and scoured the Internet for information. Their networking found a guy who designed alcoholic beverages for Heublein Co., which brought Smirnoff vodka to the U.S. market in the 1950s, and a seed investor.

What did they learn as they built their business? While partners need to have clearly defined roles backed by a partnership agreement, talk things through because what seems tiny to one may be seen as a game-changer by the other.

When it comes to employees, learn to delegate. You take time away from your important tasks when you try to do their jobs, too.

Don’t fear the F-word fFailure). Investors understand that plans rarely go as planned. They want to see an entrepreneur who makes moves, not excuses and never quits.

The message: Opportunity thrives on an attitude of “Anything they can do, you can do better.” When you see a gap in the marketplace, move quickly to fill it.