Skip to content
Sign up for our newsletter
section-ads_high_impact_1
By Sheri Staak Special to the Las Vegas Business Press
April 6, 2015 - 3:00 am 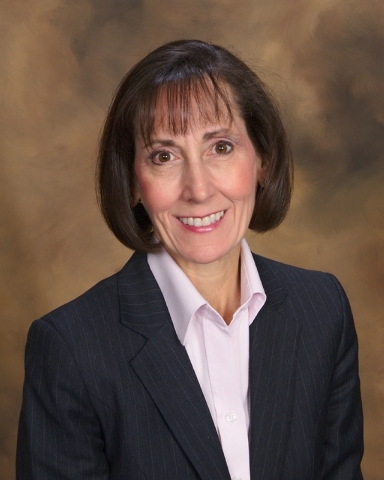 Great leaders don’t need to be perfect, but they need a self-assuredness and fearlessness that enable them to act truthfully, acknowledge their shortcomings, and admit their mistakes.

Only then can they garner the respect of their team members and, by way of example, teach them to conduct themselves with the same level of integrity.

Without a steady moral compass and a strong ethical backbone, it’s impossible to inspire, motivate, and encourage best practices in others.

What I like to call “WOW leaders” do what’s right, not what they can get away with.

Alternatively, DUD leaders lack integrity and will sell their souls to get ahead.

The methods by which their goals are achieved, whether honest or fair, is of low priority to them. DUDs lack accountability and are quick to blame others. But even the most astute visionary stumbles from time to time, and when that happens, a leader who is respected will still be trusted.

Betrayals of trust can be minor, but they can also be catastrophic. There are countless ways trust is broken in the workplace, but most fit into two categories: opportunistic betrayal and premeditated betrayal—either way, it’s usually a kiss of death, or the end of a relationship.

Opportunistic betrayal usually takes the form of a careless, cowardly, and sometimes knee-jerk action that, although not preplanned, happens when the opportunity for betrayal presents itself.

This kind of affront often occurs casually, randomly, and without much thought as to the consequences or severity of what is being done.

When the betrayal is opportunistic, your colleague acts thoughtlessly and demonstrates a weakness of character.

▶ Backstabbing or breaking a confidence;

▶ Taking credit for work that they did not do;

▶ Blaming co-workers for their mistakes.

A premeditated betrayal is a carefully thought-out, preplanned scheme or act that not only violates a colleague’s trust of but also intentionally hurts him.

When one co-worker deliberately betrays another, the motives are often driven by the possibility of career advancement, money, or other accolades.

▶ Sabotage: setting someone up to fail or causing failure

If trust issues are not dealt with, a whole team and even a whole company can suffer.

When emotions fester beneath the surface or when they are outwardly displayed with anger or inappropriate, uncooperative behaviors, a number of negative consequences result, including:

▶ General distrust and cynicism, causing a snowball effect of paranoia and fear;

▶ Lack of trust in leadership to manage a team;

▶ Avoidance and lack of teamwork/collaboration;

▶ Loss of top talent in the event that the “wronged” person leaves the organization;

When trust is broken between colleagues, the road to repair can be long or never-ending, but it must be traveled in an attempt to fix the potholes and roadblocks to success.

Both parties must be cooperative and willing to move past the situation, with the guidance and intervention of higher-level leadership, if needed.

Trust is a fragile but vital component of any company’s corporate culture.

Once that trust is shaken, disastrous tremors of hostility and resentment can send aftershocks reeling through the team, causing cracks in the very foundation of the business.

As a WOW leader, be sure your integrity is solid and never resort to breaking a trust.

If you do fumble, own your mistake and go directly to your colleague to make things right. By demonstrating your honesty even when you err, you’ll set yourself apart as a WOW leader worth following — trust me.

Sheri Staak has led businesses with more than $1 billion in revenue and has managed more than 1,000 sales representatives. She is author of “Tune In to WOW Leadership. “Reach her through her blog at www.thestaakreport.com.