Skip to content
Sign up for our newsletter
section-ads_high_impact_1
By Jim Pawlak Special to the Las Vegas Business Press
July 10, 2016 - 8:00 pm 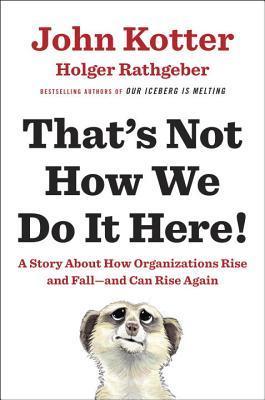 Learning from Meerkats; coaching vs. managing 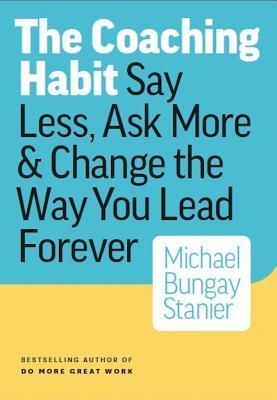 Learning from Meerkats; coaching vs. managing

“That’s Not How We Do It Here! A Story About How Organizations Rise and Fall – and Can Rise Again” by John Kotter and Holger Rathgeber (Portfolio/Penguin, $25).

Once upon a time, a dozen Meerkats made their home in the Kalahari savanna. Years passed and the clan grew to 150 Kats; every Kat knew its role and executed it to perfection. Yet as it grew, it became more and more difficult to keep it functioning well — especially in an environment subject to the whims of Mother Nature.

Hmm, sounds a lot like a small business growing in times where rapid change affects its business model.

Not surprisingly, they had spirited discussions about the why and how of the clan’s rules and roles. They reported to the Family Chief who preached the need for best practices/continuous improvement but had no tolerance for risk or mistakes.

Changing anything was difficult. The tipping point for Nadia came when Ayo, a guard, was scolded by Nicholas for suggesting that guards be posted in trees rather than on the ground to get a broader view of the landscape.

Nadia and Ayo decided to find out how other Kat clans did things and left that night. One of the small clans (i.e. a startup) saw all problems as improvement opportunities.

While lacking a formal infrastructure, clan members brainstormed possible solutions, whittled down the alternatives and made collaborative decisions. When Nadia and Ayo provided ideas on how the clan could improve its infrastructure, they were applauded.

Upon their return, they found problems — snakes, vultures and a drought had taken a fearful toll on their clan.

Clan management was now willing to listen to “how to fix things” ideas, and implement them. Nadia and Ayo shared what they had learned about how to view and address problems. The clan’s managers learned that today is tomorrow’s doorway. The clan prospered.

The end. Or the beginning?

Dante’s Inferno had nine levels of hell; the managerial counterpart only has three:

1. “Creating overdependence.” When your team becomes overly reliant on a manager, team members do their jobs but don’t “own their jobs.” Owning a job involves individual growth through autonomy, responsibility and accountability; by only letting them do their jobs, the manager becomes the responsible and accountable party. Disengaged employees become less productive.

2. “Getting overwhelmed.” When the manager becomes the nexus for everything, she/he often succumbs to “stop-that-do-this.” Add in meetings and new items in the inbox and the daily routine has lots of activity and little progress. Loss of focus develops and the manager actually accomplishes less. Additionally, employees may see the manager as a bottleneck because they usually have to wait to do “what’s next.”

3. “Becoming disconnected. (A corollary of #2).” With so much to do, it’s increasingly difficult to manage priorities. Daily fires are constantly fought at the expense of what’s important. The manager isn’t getting enough done; stress increases as the “undone” grows. The manager accepts “it is what it is” and disengages, too.

What to do? Create a culture of job ownership. How? Give employees a voice in “what and how.” Unless you’re managing a group of poor-to-mediocre performers (shame on you), you’ll find that employees respond to autonomy, responsibility and accountability by motivating themselves. They’ll take pride in achievement.

And, instead of always asking the defensive “why,” ask the insightful “what” (Examples: “What’s the challenge as you see it?” “What are you hoping to achieve with your approach?” “What have you learned?”) Employees will understand that you value their work. The author filled the book with “what” questions.