Skip to content
Sign up for our newsletter
section-ads_high_impact_1
By Jim Pawlak Special to the Las Vegas Business Press
October 14, 2015 - 2:23 pm 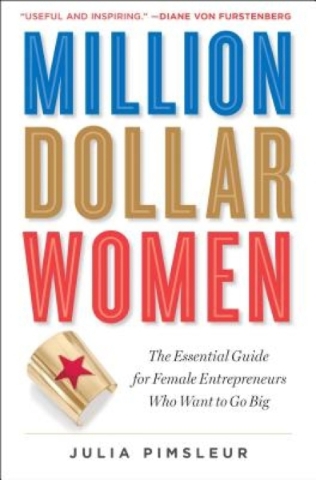 According to the National Women’s Business Council, women-owned businesses employ 8.9 million and, despite the difficult U.S. economy, have added almost 2 million jobs since 2008. Pimsleur bundles her business experience (Little Pim — a foreign language learning system for children) with that of other women and men who have grown their ideas into million-dollar businesses.

Here’s some advice from the women:

Pimsleur: “People like to board a train that’s leaving the station.” Having an idea or concept isn’t a business. Neither is a business plan that speaks to only what you plan to do. People want to see something tangible before they’ll give you their commitment. They see that commitment when you’re doing something, not waiting for others to come onboard.

Pimsleur “left the station” with a Little Pim instructional video pilot. She showed it to people in her network. A connection paid off. Her mother’s yoga buddy became an investor and, with her experience in early education, helped Pimsleur establish educational-community connections.

Chantel Waterbury runs Chloe + Isabel, a $100+ million business, which sells jewelry online through a network of women micro-entrepreneurs. She thought outside the box by combining her knowledge of the jewelry business (acquired while working for Macy’s and Target) with a marketing channel similar to that of Avon Products.

Her advice for dealing with potential investors: Find your voice. Investors want different things and make suggestions; you can’t please them all and remain true to your vision of the company. You have to be willing to push back and explain how their requests don’t synch with your plan. You’ll lose some potential investors, but those that do come onboard will understand your vision.

Their thoughts on work/life balance: Starting a business means that scale will tilt toward work, not life. You have to explain the importance of what you’re doing and the time involved. When people know why you’re “absent,” they understand.

That said, entrepreneurship doesn’t mean you ignore life priorities. Stephen Covey of “7 Habits” fame told me that when he was on the road he made time to talk with his wife and nine children every day, and he adjusted his work schedule around his children’s school events.

Pam Wolf, CEO of New York Kids Club, and Carrie Kerpen, CEO of Likeable Media, weigh in productivity: As a business grows, there are too many daily decisions for one person to make. As the owner, you must realize that you’re not the smartest person in the room. Learn how to trust the people you hired to do their jobs. Delegation involves letting them use their judgement and skills. This engages their ownership of their jobs, and builds the organization’s expertise much faster than command-and-control.

Also, practice “Well done is better than perfect.” Striving for perfection when work-world circumstances change rapidly wastes time — time that could be spent on other projects.

After two decades on Wall Street, Deborah Jackson founded Plum Alley, a crowdsourcing platform for women’s projects and companies. She sees crowdfunding as a first step to really understanding the business you’re in. Why? A campaign tests your marketing plan. It has to convince prospects to invest (pre-order) products. If it doesn’t convince them, it’s time to re-examine your target market. A successful campaign will also impress venture capitalists.

Advice to readers: As you read each chapter, complete the chapter’s “Million Dollar Exercises” in the appendix. Use the completed exercises as a quick reference guide.

— Jim Pawlak is a nationally syndicated reviewer of business books.