Skip to content
Sign up for our newsletter
section-ads_high_impact_1
By Jeffrey Meehan Special to the Las Vegas Business Press
April 6, 2015 - 3:00 am 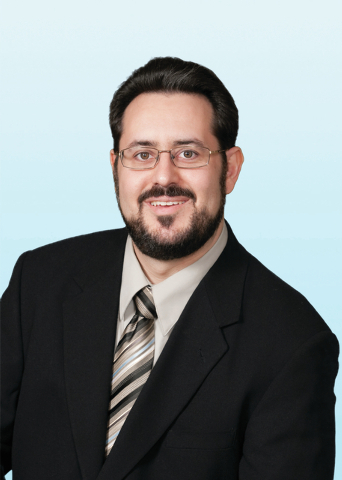 A developer is planning big in Las Vegas.

Majestic Realty, perhaps best known for its involvement with a scraped plan for a UNLV football stadium, is projecting to break ground on a large speculative industrial space before the end of 2015, according to a company spokesman. The project adds to an already extensive list of new large-scale industrial space construction projects planned around the Las Vegas Valley.

The projected warehouse distribution space — which could run 280-300,000 square feet — will be in the Beltway Business Park area, just south of the 215 between Decatur and Jones, said Rod Martin, senior vice president and director of development at Majestic Realty, Las Vegas division.

The new building doesn’t have any pre-leases to date, but Majestic has sent out notifications to members of an interested audience.

But this, and the many other projects coming online, is significant for other reasons as well.

“I don’t think there’s been a speck of industrial building completed in Las Vegas since 2008,” Martin said. “There have been a handful of build-to-suits, but not too many. Just now, we’re seeing some speculative building starting again.”

Martin said the industrial space market hit its bottom, as far as vacancy rates, around 2010, but added that the weakest point of the economy was actually much earlier, more toward 2008. Many organizations were locked into long-term leases that ended around that time. The soft market would stick all the way through the middle of 2011, Martin said.

But the industrial space industry has turned for the better over the past few years. Some analysts say it’s been heating up for the past three years, though Martin said he saw a positive trend start around 18 months ago.

Martin said much of the recovery began with falling rental rates in Las Vegas and companies starting to gain traction. Organizations looking for industrial space found Las Vegas to be a good low-price alternative, Martin said.

And the future may be even brighter.

Martin is expecting a continued decline in industrial space vacancy rates in the Valley.

“I think it’s going to continue to pick up momentum,” Martin said. “It wouldn’t surprise me being close to 5 percent vacancy by the end of the third quarter of this year.”

An even larger turn of events is starting for Las Vegas’ industrial market: new construction.

According to John Stater, research and GIS manager at Colliers International, Las Vegas has 8 million new square feet of industrial space planned over the next couple of years, with 1.5 million currently under construction.

The planned space is being pegged for warehouse distribution, but some of this number includes Switch Communications’ new 850,000-square-foot computer center, Stater added.

In the next few months, the Valley will see even more ground breakings. Many of these projects will come to fruition as early as the fourth quarter of 2015, and some will be seen in early 2016.

“We’ll have to see how it all works out because this is speculative space,” Stater said.

The industrial market had only seen build-to-suits following the recession.

“We’ll see if there’s really a demand that people have thought that there was,” Stater said.

There is some hope on the horizon with Prologis’ newest nearly 500,000-square-foot project in North Las Vegas being 100 percent leased not long after the construction began in September 2014.

The large-scale project was a confidence booster for Valley developers.

“Once that first one hit, it kind of made everybody feel a bit better about being the next one to go, and a lot more of these projects started cropping up and looking more realistic,” Stater said.

According to Martin, the Valley has already seen a strengthening in its core industries including hospitality related provided goods and services for the resort corridor, convention services, gaming equipment and gaming manufacturing. The hotels themselves also look for space. Most of these types of organizations are found setting up shop in the southwest and airport sub-markets. This includes some of Henderson, Martin said. The North Las Vegas Region has seen a lot of e-commerce, Martin said.

Majestic has partnered with Thomas &Mack Development in the Beltway Business Park on 375 acres south of the 215 between Jones and Decatur. That project is to have 5 million square feet of office, industrial and flex space. The firm also is a player in the Sunset Parkway Business Center near the airport.

“I think we’ve seen more and more companies continuing to look at Las Vegas as an alternative to California,” Martin said.

This newest wave of building aims to grow this trend by offering levels of industrial space not previously available.

It’s still not known if companies will flock to the Valley.

Stater says there are still many unanswered questions such as are we going to suddenly capture business that we were previously turning away or is there a big enough demand?

“My guess is, most of them are not going to come on line 100 percent full,” Stater said. “I think there’s probably going to be some preleasing, and I think we’re gonna do OK.”

And as far as vacancy rates due to new construction, Stater said he doesn’t think it will take that long for the space to be absorbed, but there could be a slight jump in rates as the new projects come online.