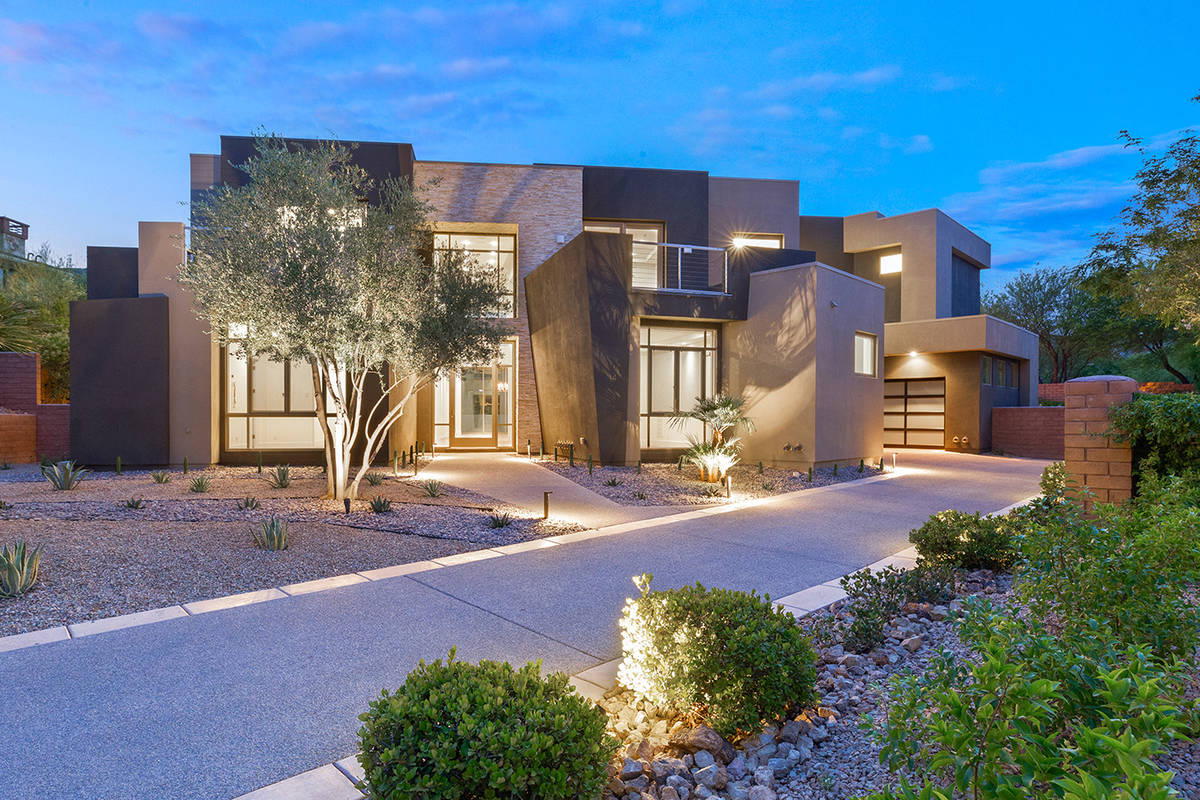 Ivan Sher Group Realtor Madison Blau Benshimon with the Ivan Sher Group of Berkshire Hathaway HomeServices and her husband, Michael Benshimon, have listed their home in The Ridges in Summerlin for $5.8 million home. They say they will accept digital currency as part of real estate transaction. (Ivan Sher Group) 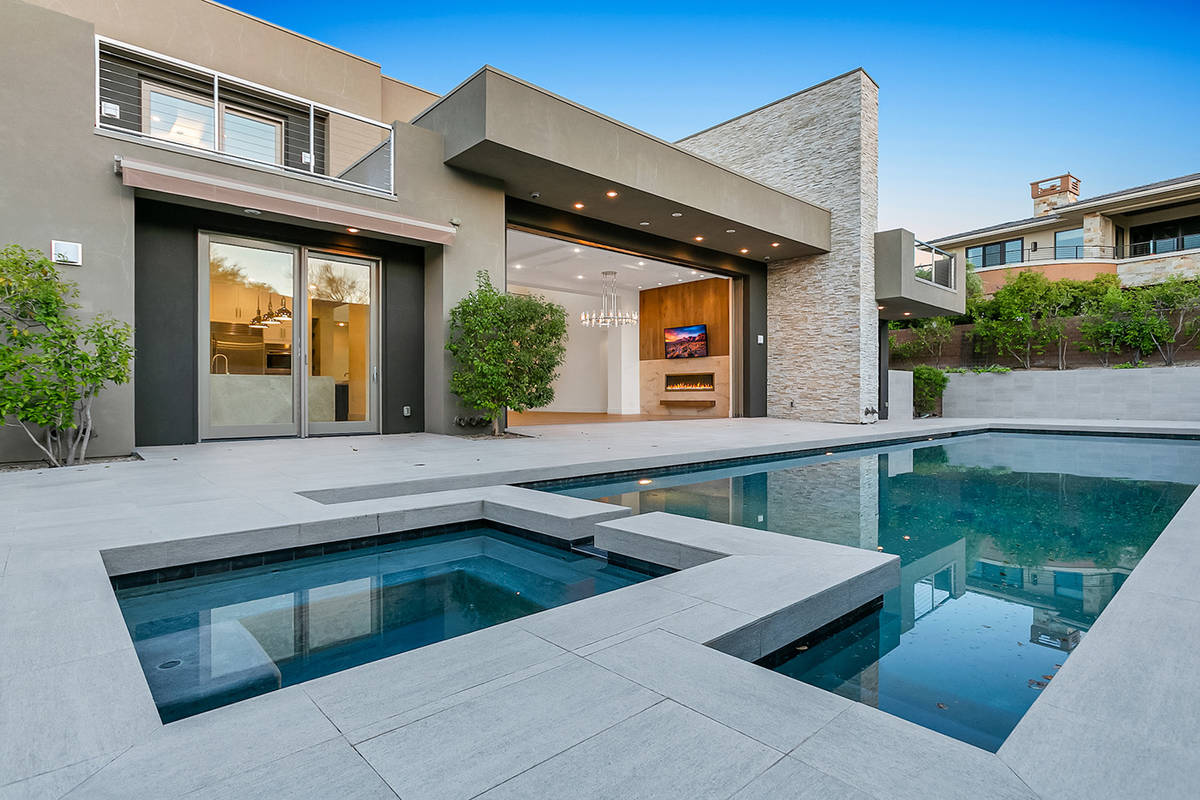 The home has a pool and spa in the resort-style backyard. (Ivan Sher Group) 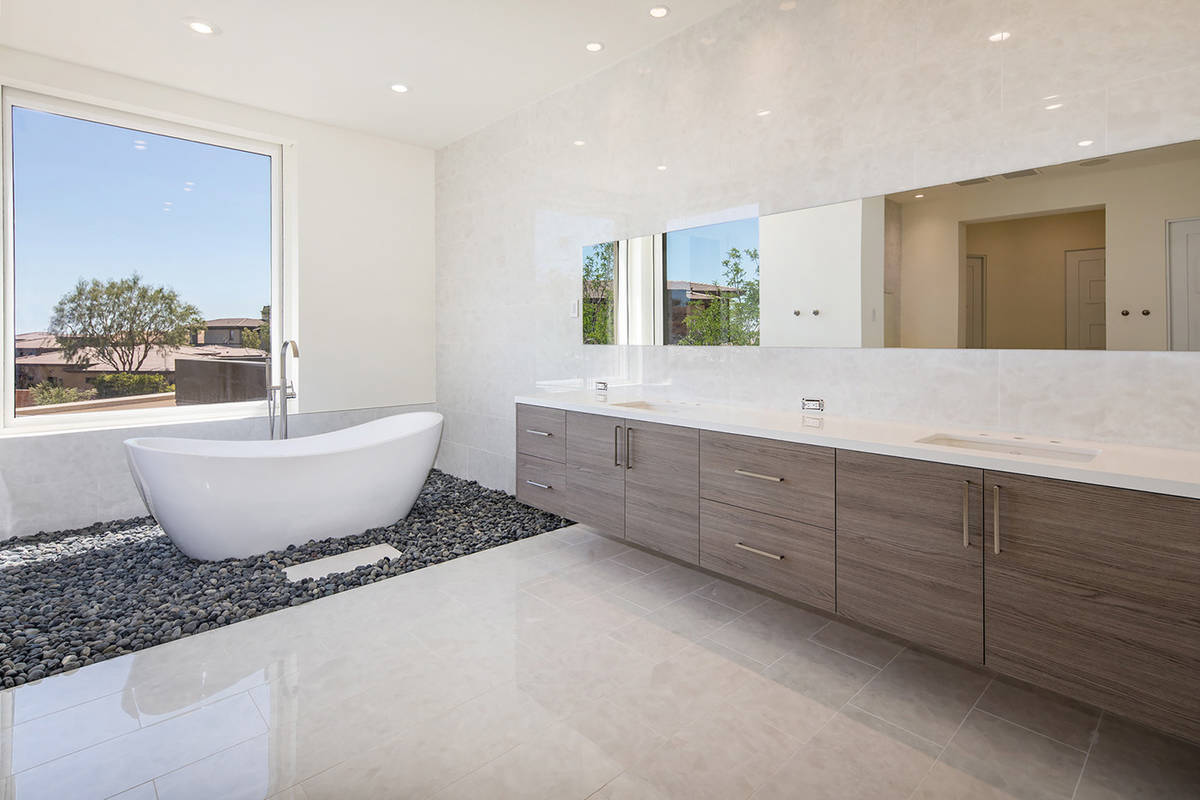 The master suite features a spa-like bathroom with an oversized shower and a soaking tub sitting on a bed of beach pebbles. (Ivan Sher Group) 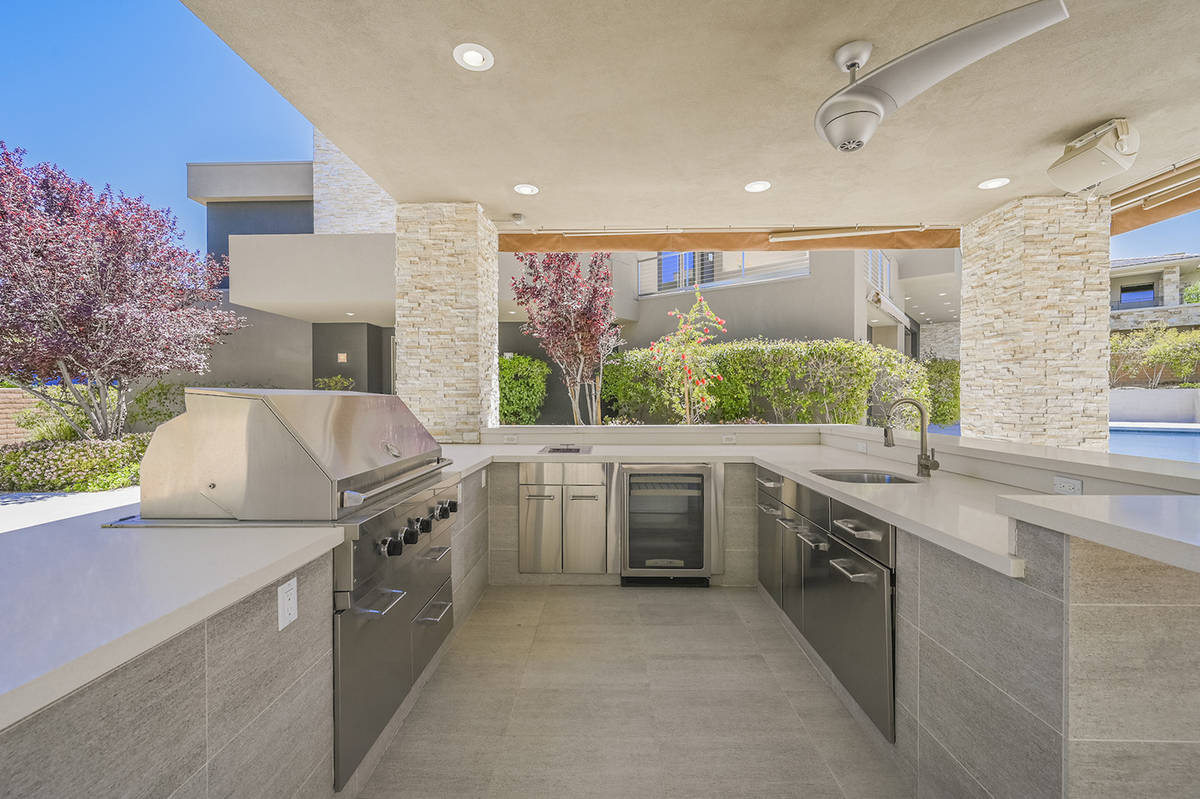 The home has a pool, spa in the backyard along with an outdoor kitchen in a pavilion, fire pit and putting green. (Ivan Sher Group) 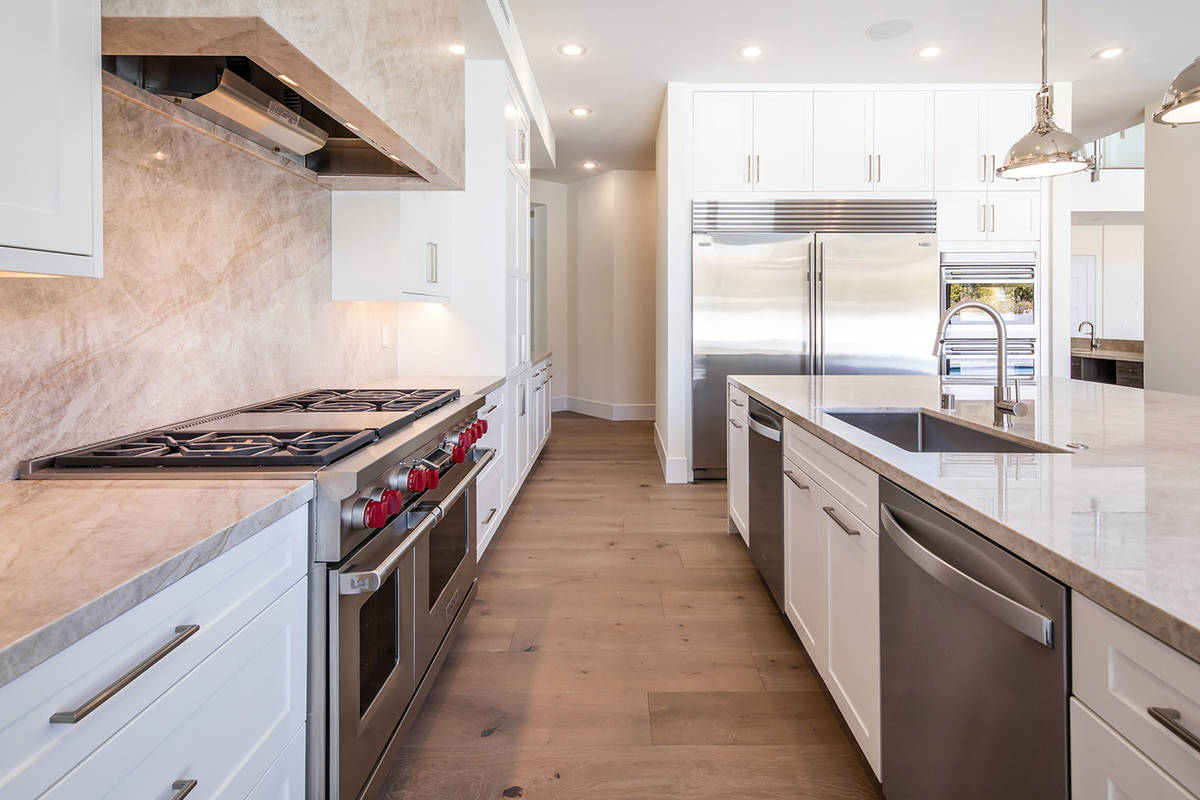 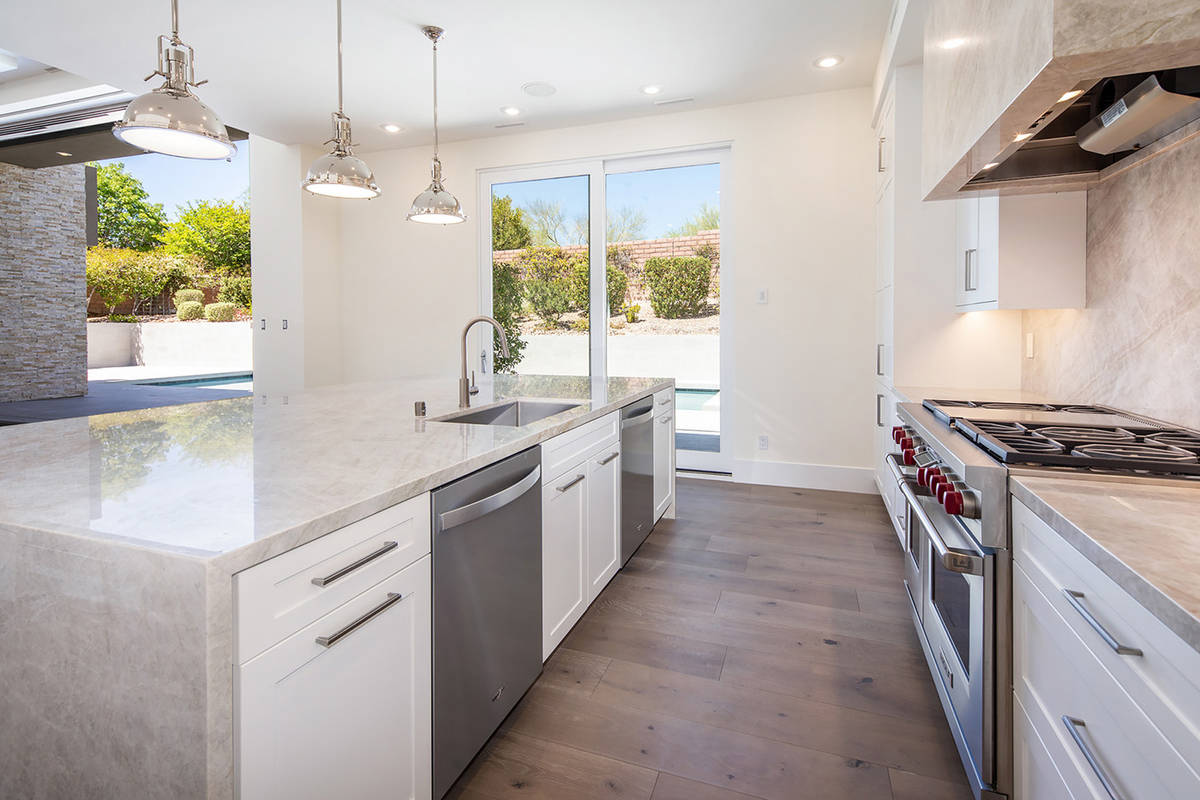 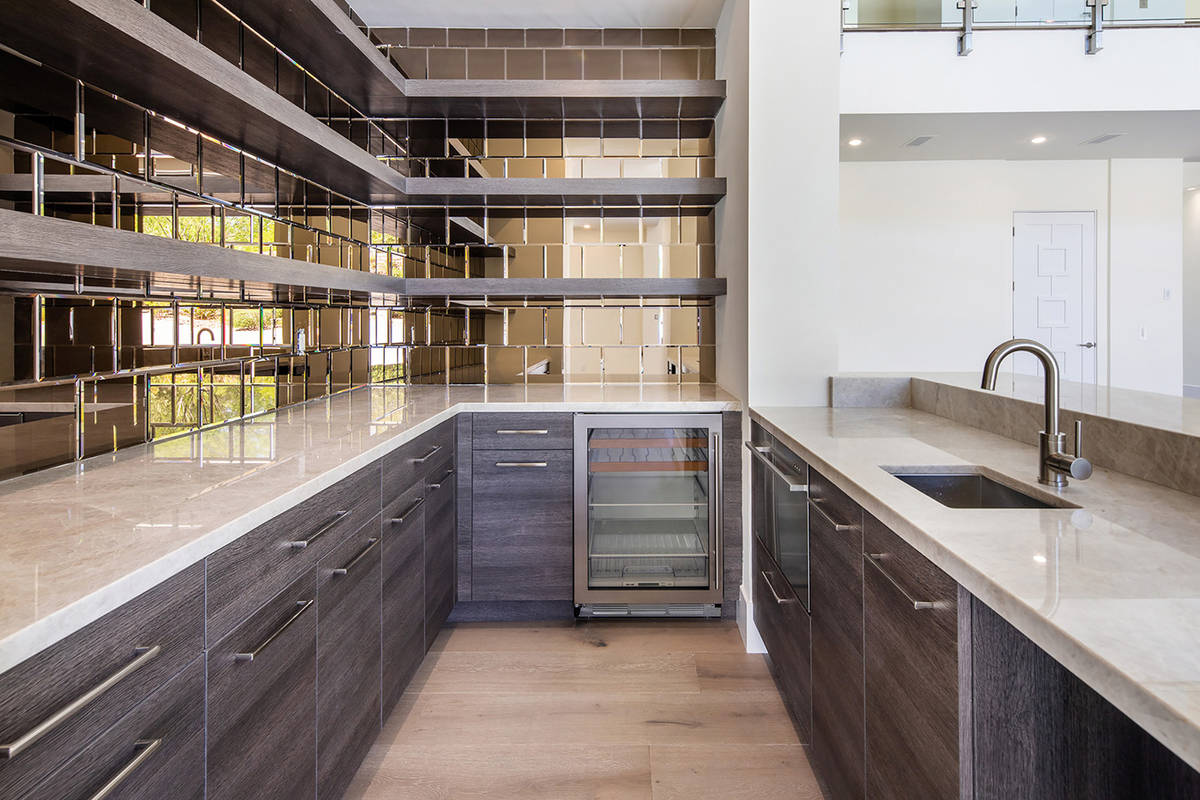 The kitchen has a large prep area. (Ivan Sher Group) 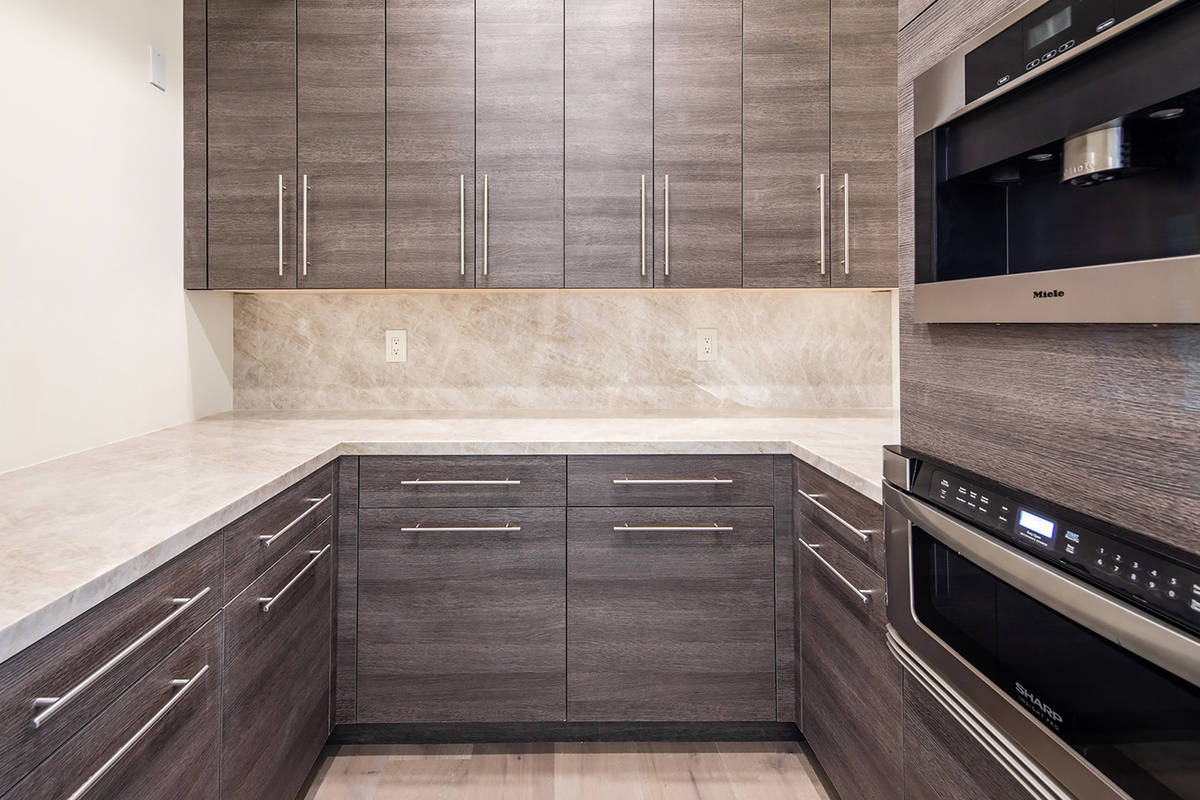 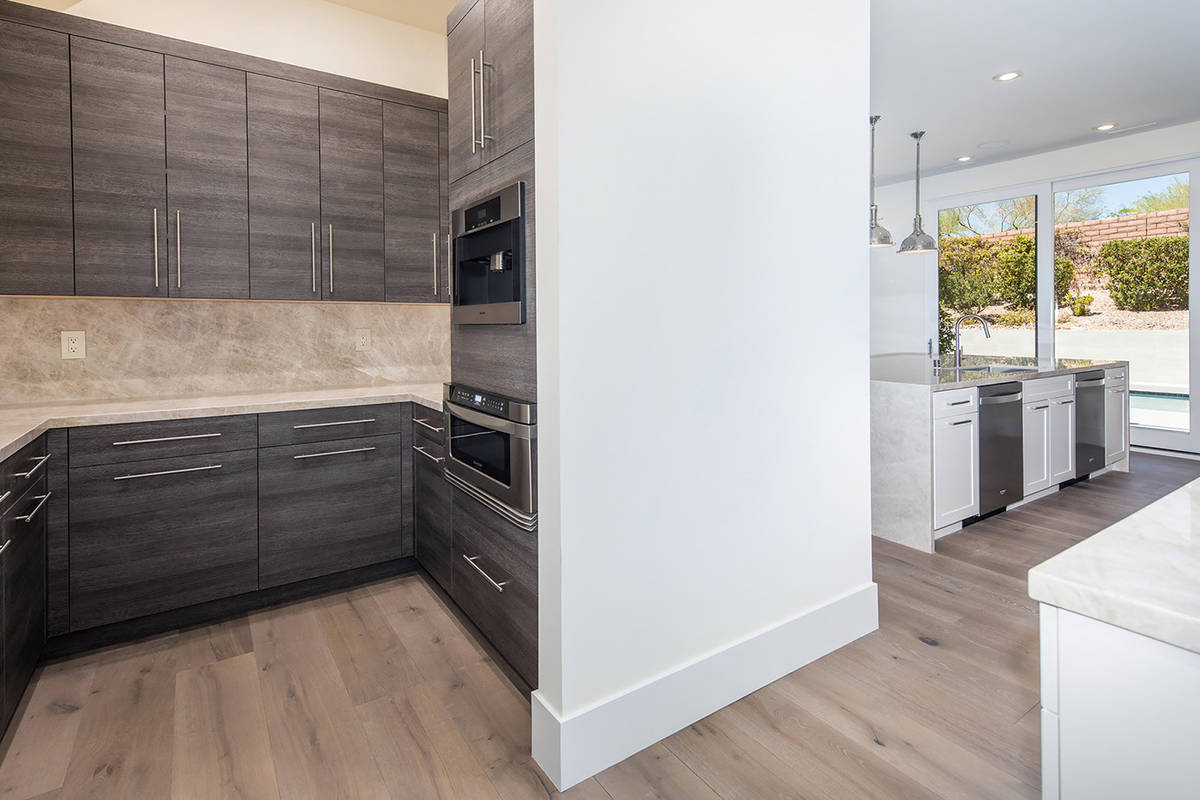 The butler's pantry is off the kitchen. (Ivan Sher Group) 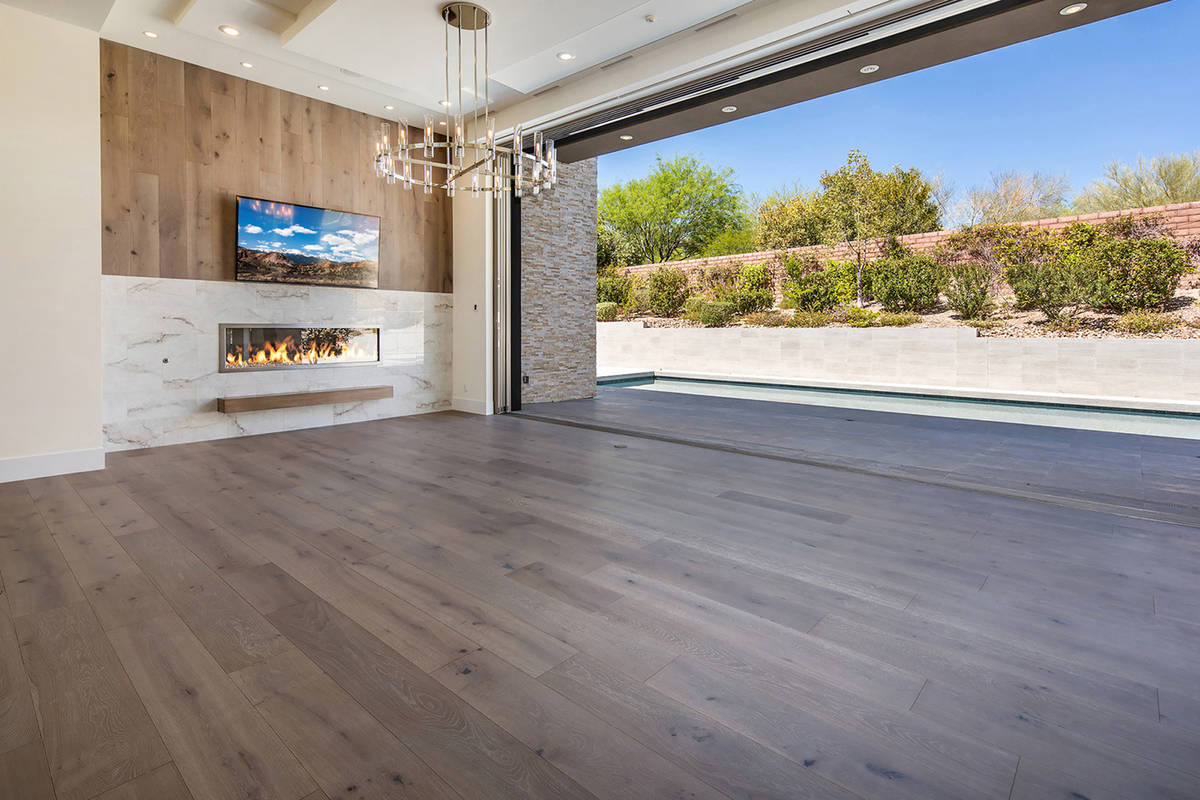 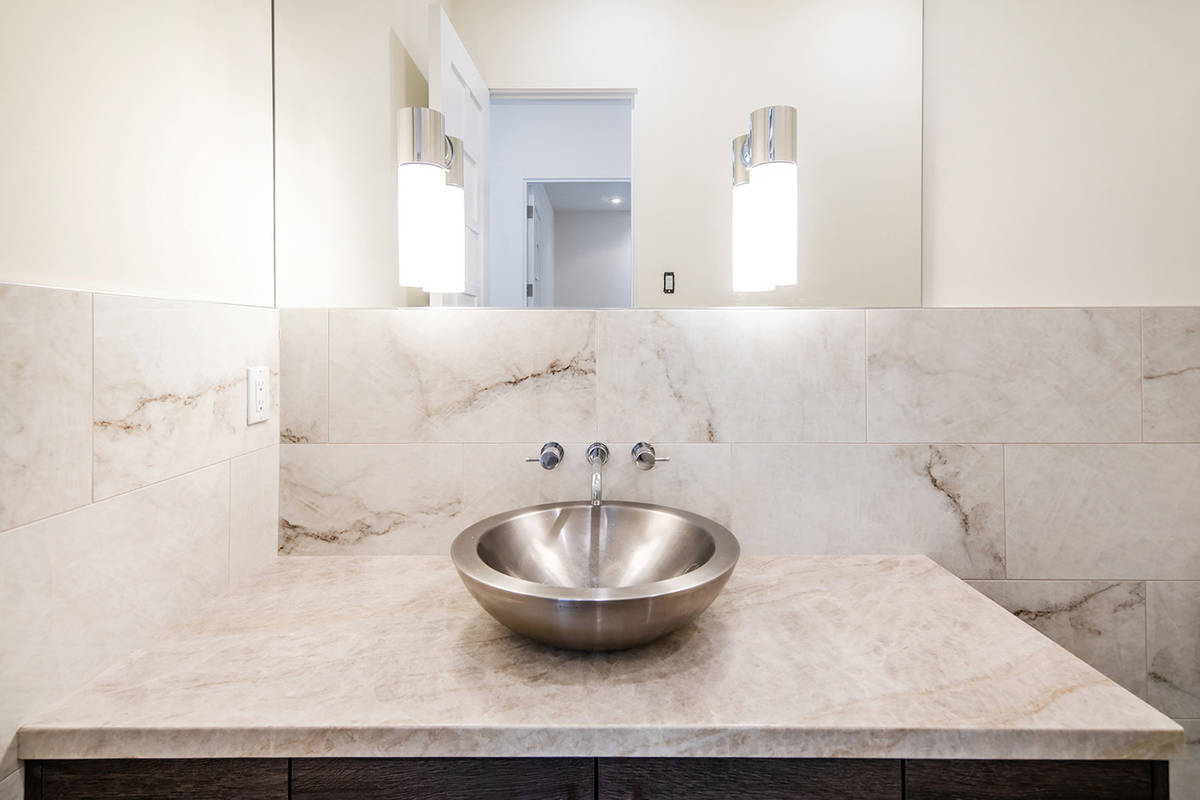 One of 6½ bathrooms. (Ivan Sher Group) 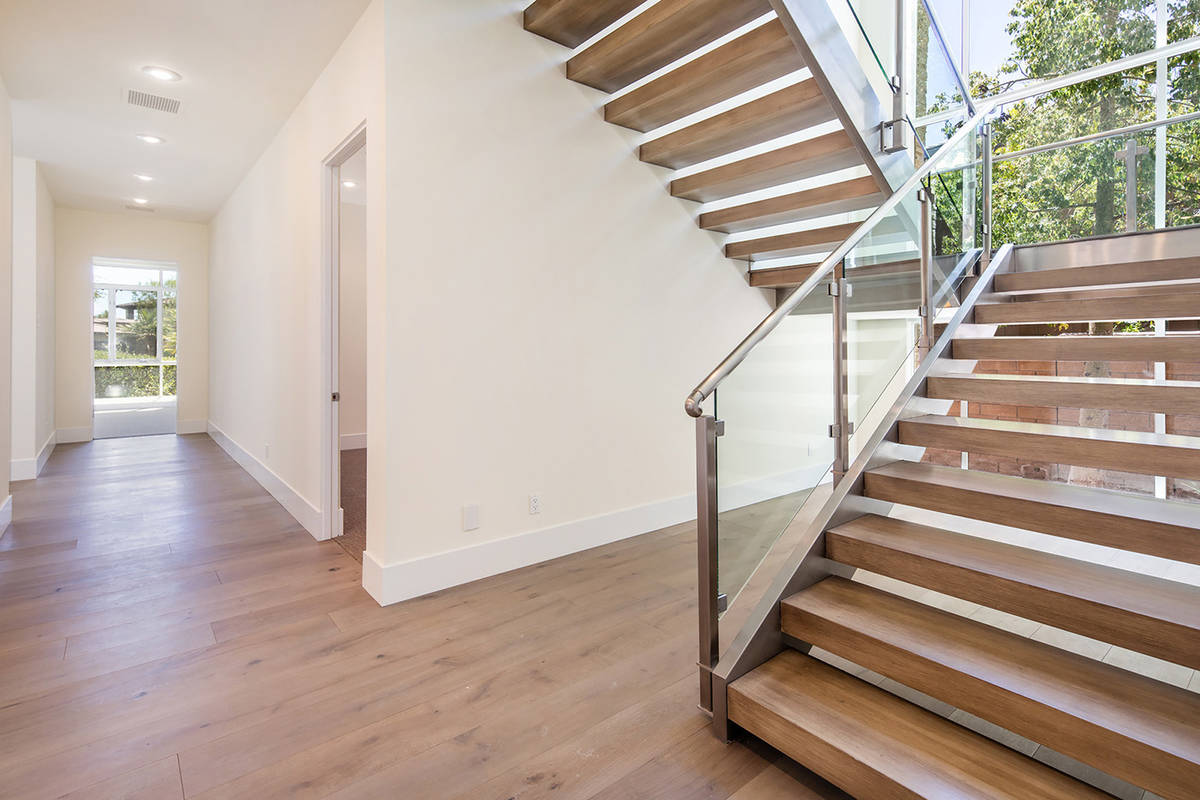 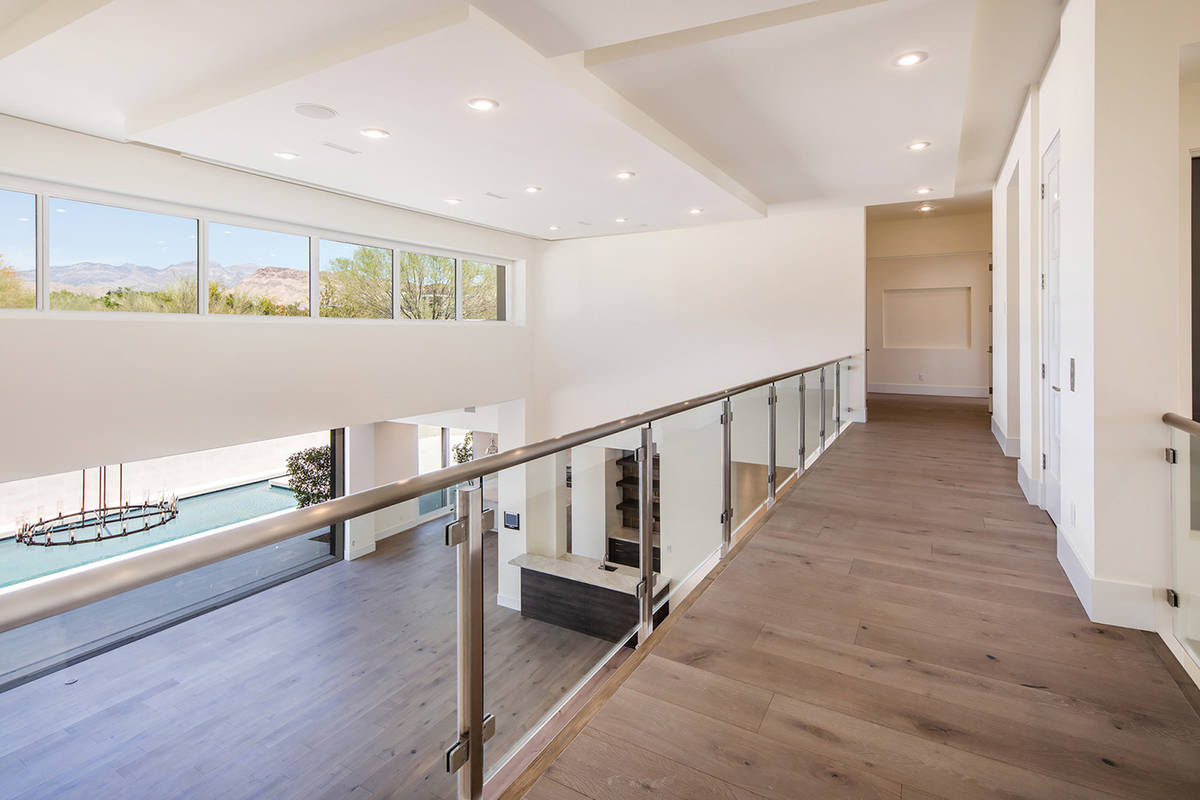 The home was remodeled for a modern look and feel. (Ivan Sher Group) 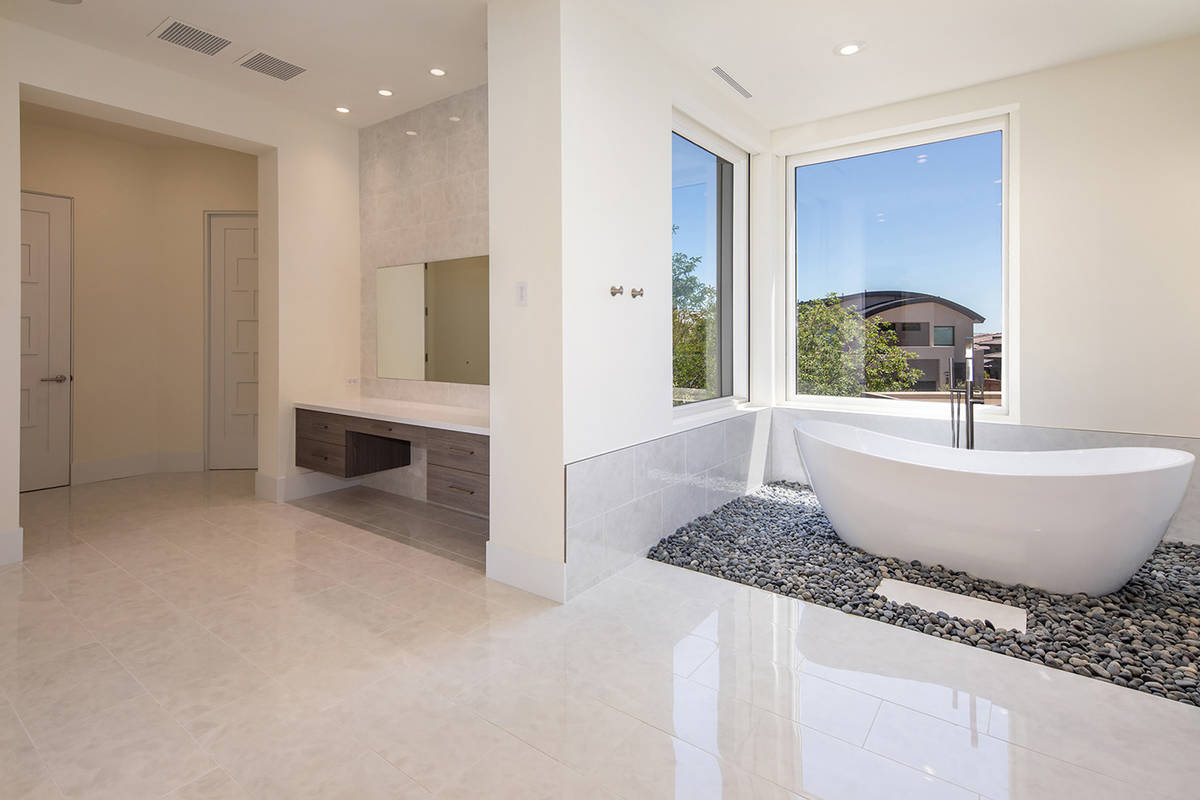 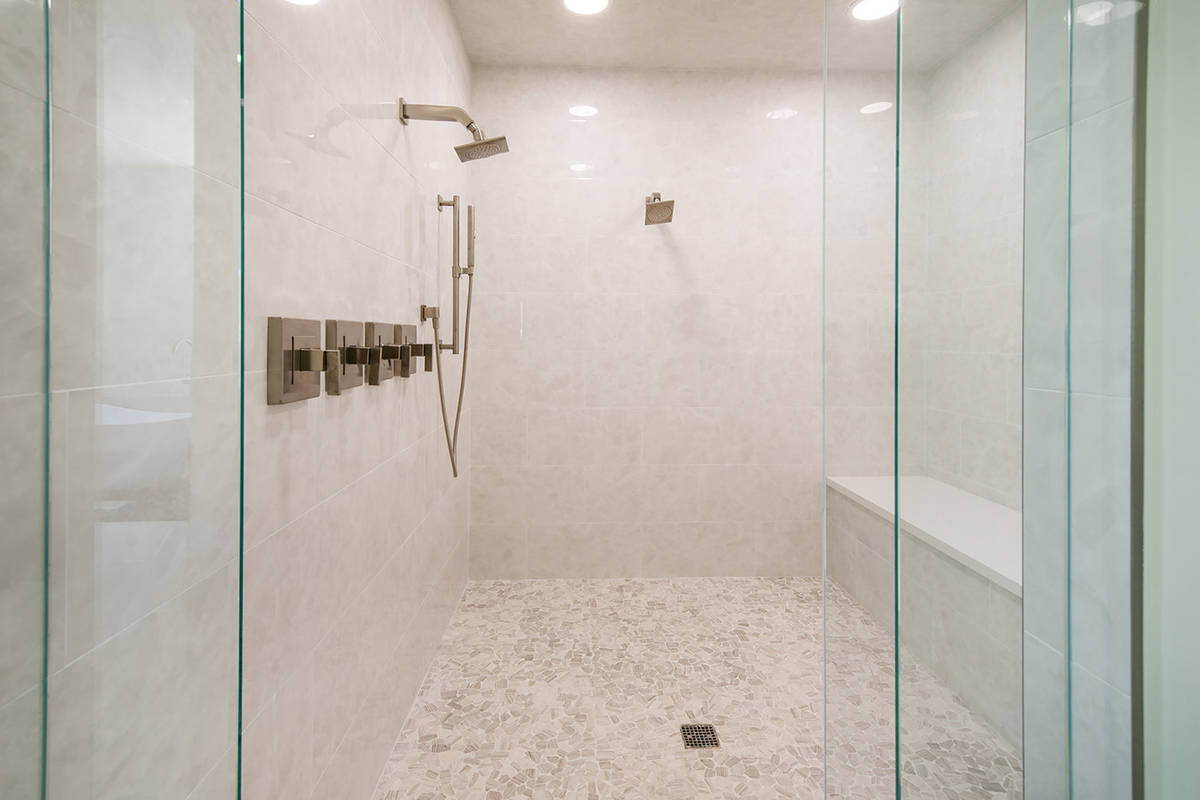 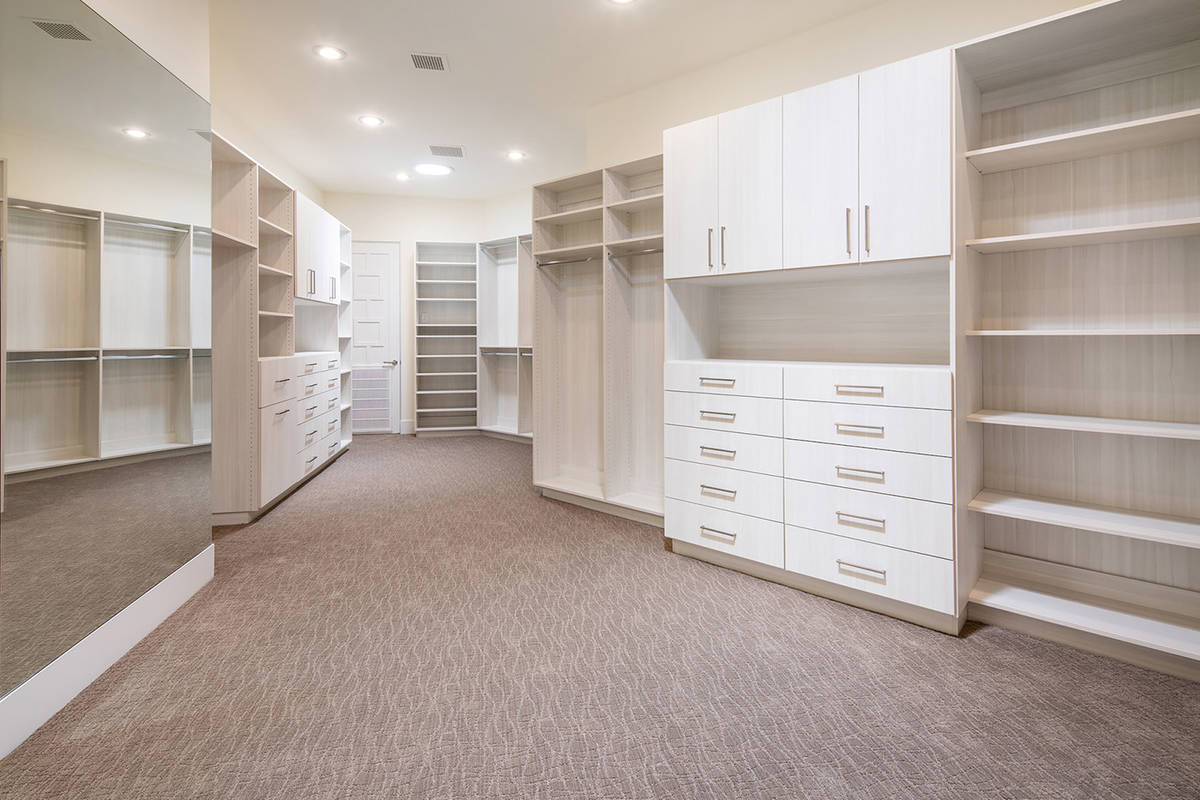 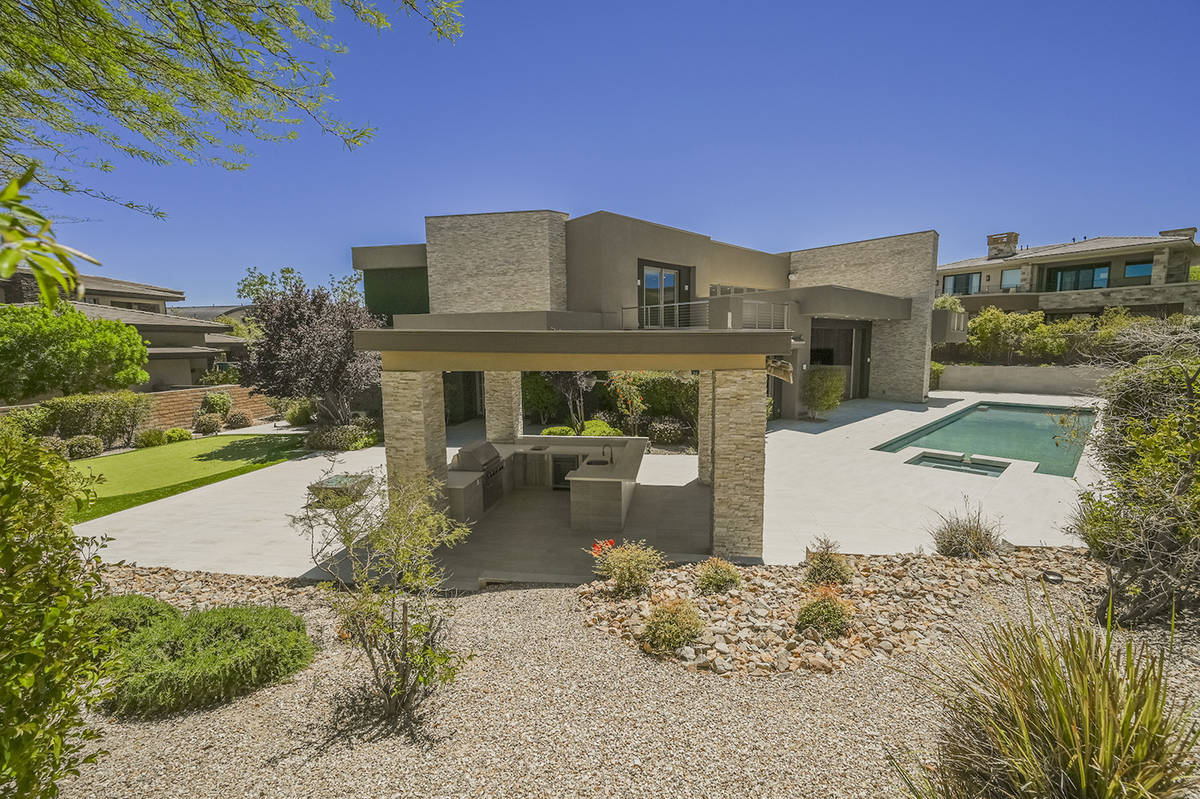 The home sits on nearly half acre in The Ridges in Summerlin. (Ivan Sher Group) 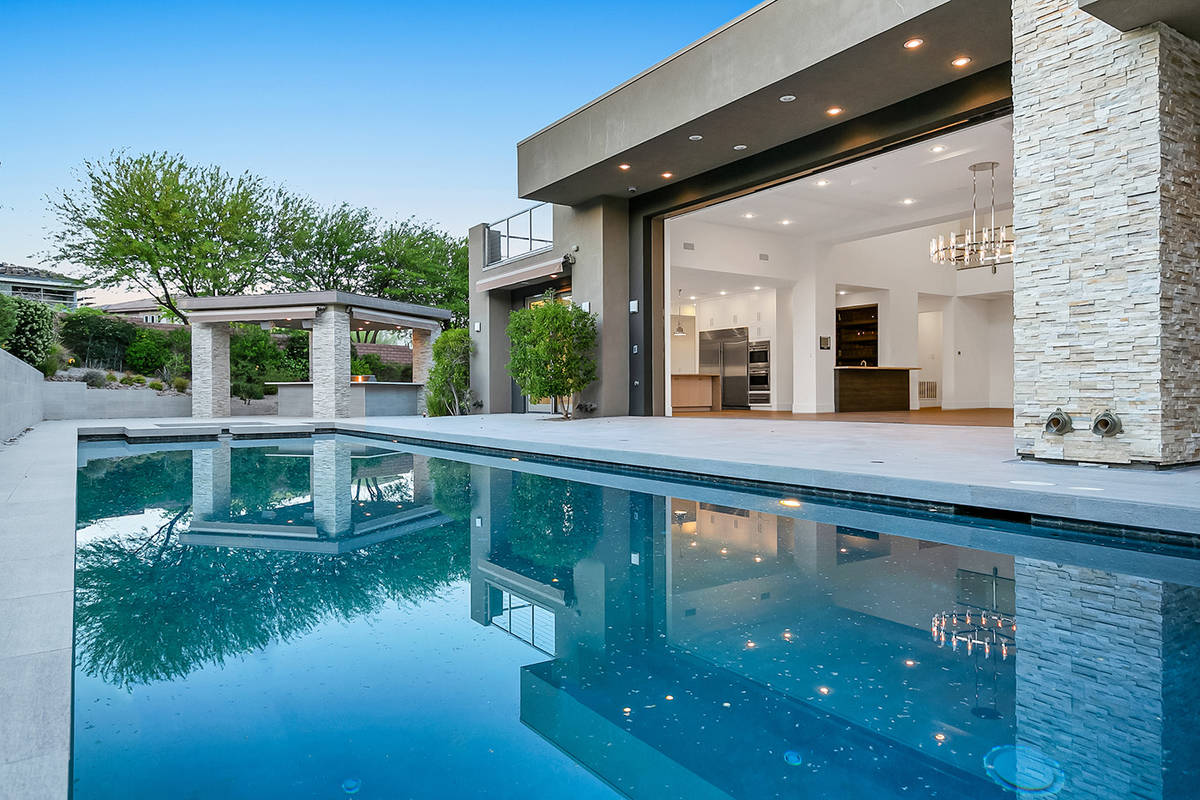 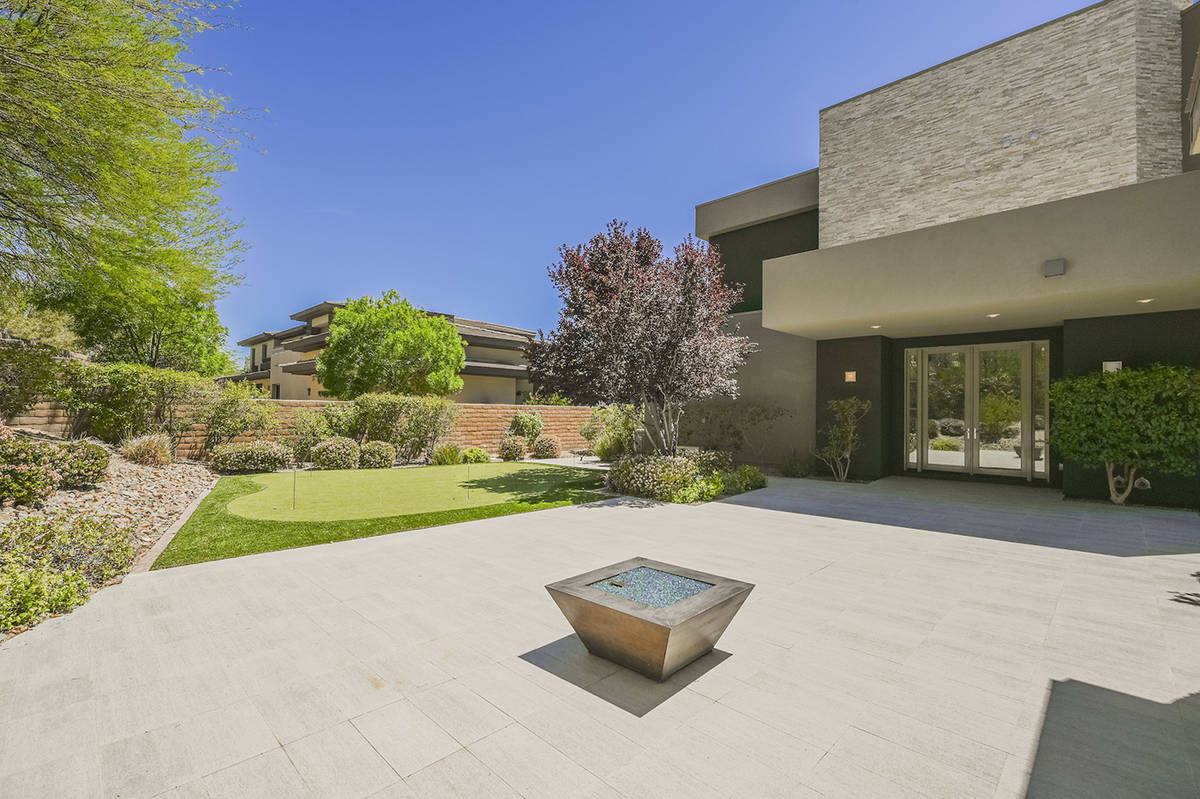 The home is in The Ridges in Summerlin. (Ivan Sher Group) 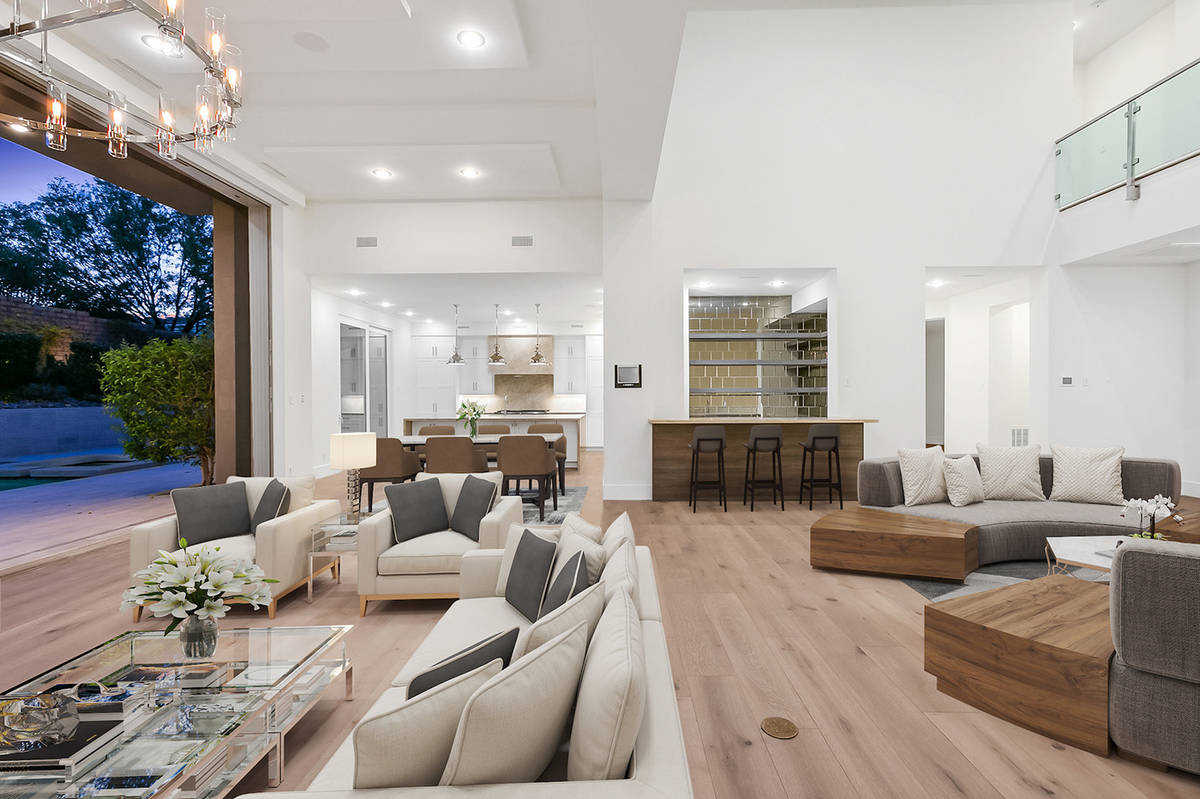 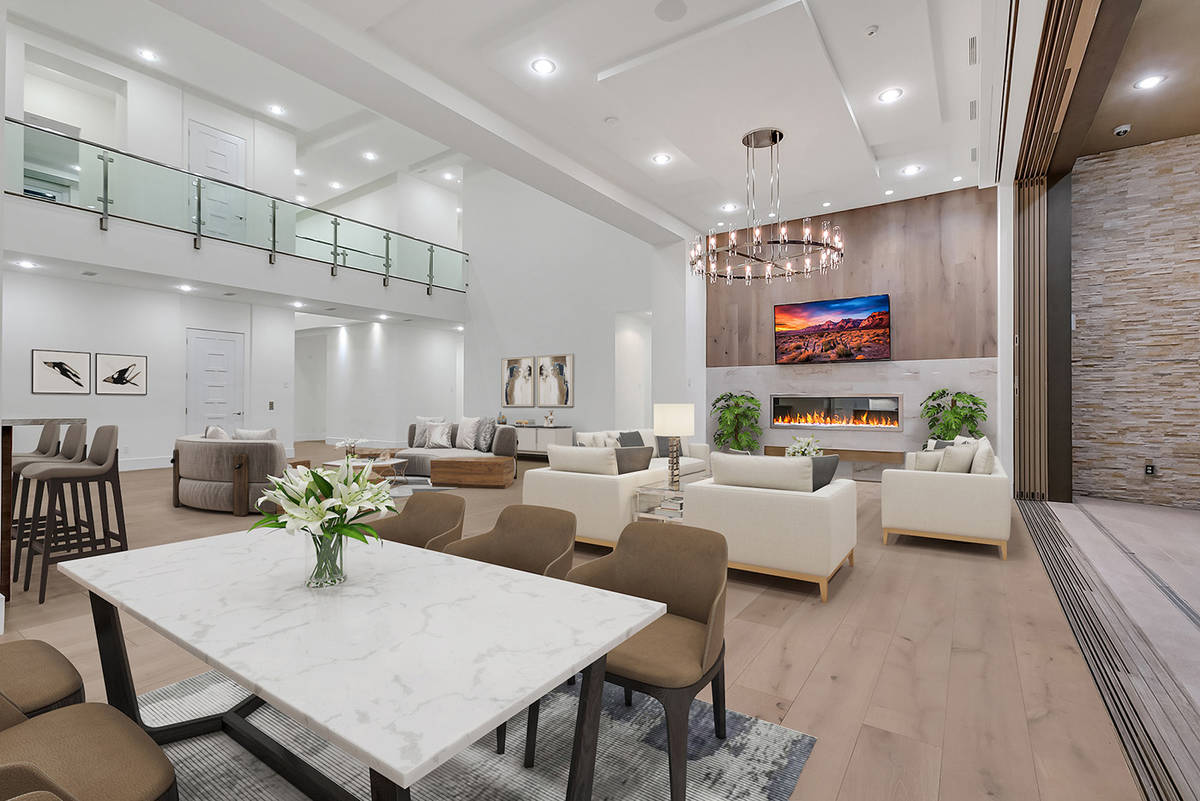 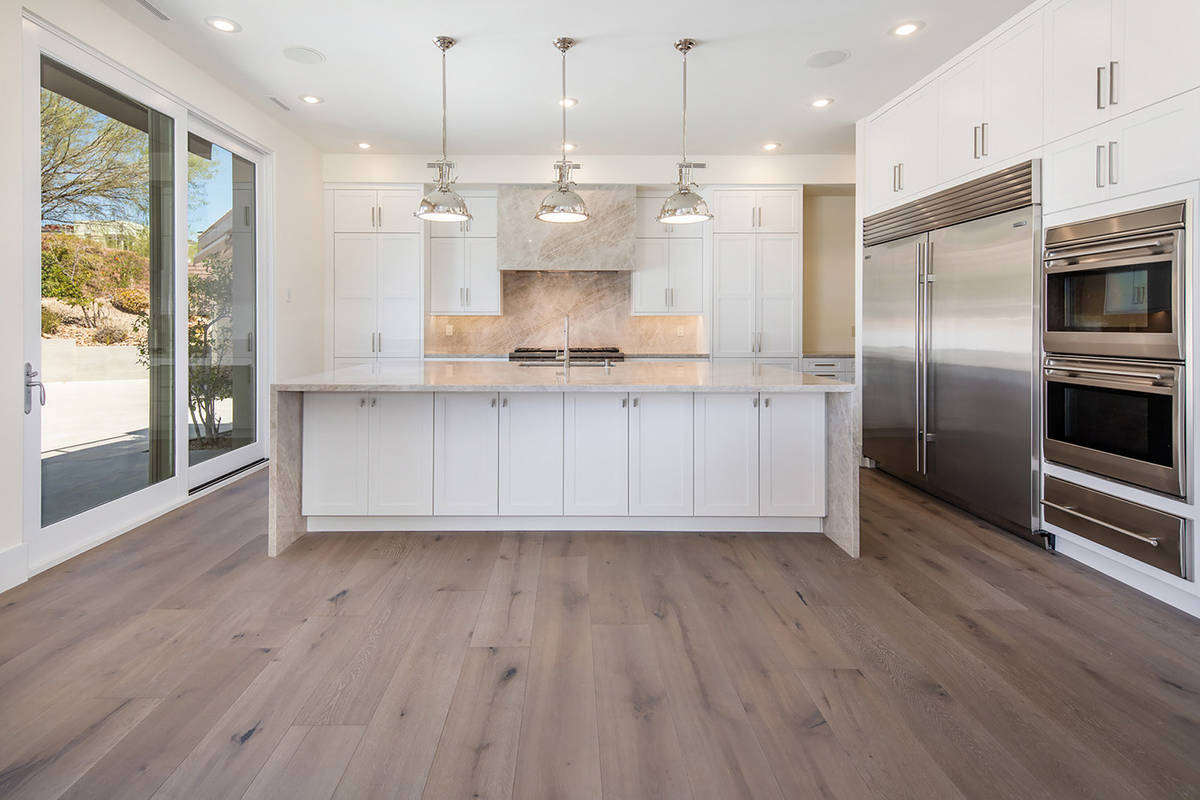 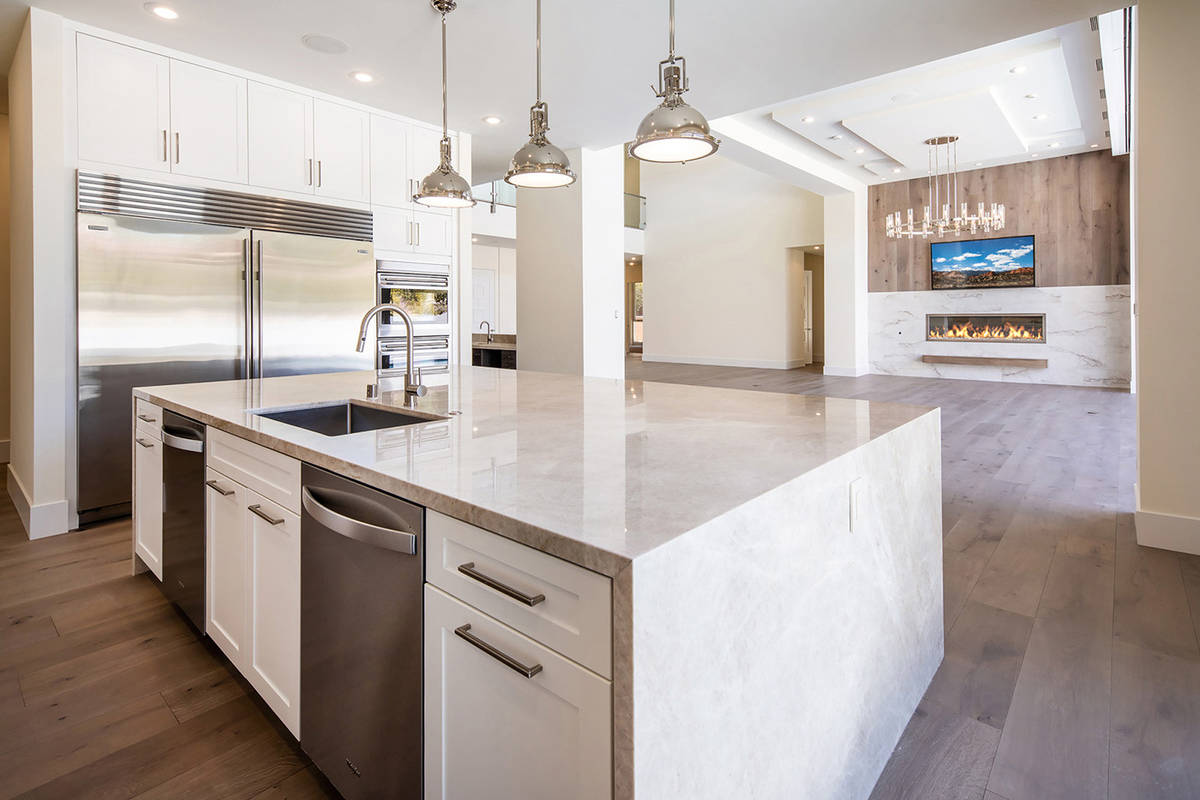 A Las Vegas couple is accepting cryptocurrency to expand the pool of buyers for their $5.8 million home in The Ridges in Summerlin — taking advantage of the growing use of digital currency as part of real estate transactions in Southern Nevada, real estate industry executives say.

Although valley homeowners have marketed that they would accept cryptocurrency currency in the past for their listings, Las Vegas Realtors said it’s rare for any direct transactions using Bitcoin or other digital currency. Instead, people have more widely used digital currency as proof of funds to purchase and later converted that into cash before buying the home.

“That’s especially happening in the luxury arena,” said Realtor Zach Walkerlieb, the owner of Willow Manor, which is part of Keller Williams Realty. “We are beginning to see proof of funds showing ‘I can purchase this property, but I just have to turn it into cash.’ This is almost the same thing if someone shows me a stock account that has a value of $5 million. They just have to change the stock into cash. This happens more often than you imagine because there are so many people that made a lot of money off crypto and haven’t transacted it yet. I have a friend who has millions in cryptocurrency who works a $70,000-a-year job right now. He’s got so much in crypto and no other money in stocks.”

Clark County property records show the two-story home, 14 Drifting Shadow Way, was built in 2009 and acquired in November for $2.74 million. It has since been extensively remodeled by Realtor Madison Blau Benshimon, an agent with the Ivan Sher Group of Berkshire Hathaway HomeServices, and her husband, Michael Benshimon. She is the listing agent for her home.

The home measures 7,813 square feet with six bedrooms and 6½ bathrooms. The remodel created more open space in the home, and new finishes to give it a more modern feel because people are into the greys, beiges and whites, Benshimon said.

Benshimon said they bought the home to live in but after renovating it decided to take advantage of the marketplace with luxury sales and prices surging.

“For someone who wants to be in The Ridges, the house was built in 2009, but for all purposes this is like a new house,” Benshimon said. “No one has ever lived in this house since it’s been renovated. “We updated the style, opened up walls and made the floor plan flow better. Everything cosmetically we updated with all-new European oak floors, a whole new kitchen, quartzite countertops, automated sliding glass doors and light fixtures.”

The master suite features a spa-like bathroom with an oversized shower and a soaking tub sitting on a bed of beach pebbles, she said.

It has a pool, spa in the backyard along with an outdoor kitchen in a pavilion, fire pit and putting green. The home sits on nearly a half acre.

Benshimon said cryptocurrency entered into the selling process because of her background in it as an investor and having several family members who are involved with buying and selling the digital currency.

“The main benefit of accepting cryptocurrency for the house is it’s expanding the buyer pool, Benshimon said. “There are a lot of people who have made a lot of money in cryptocurrency and they may not necessarily want to liquidate those funds in order to make a purchase. By opening up this new form of payment, there are more people in the crypto space who maybe otherwise wouldn’t have.”

Title companies aren’t set up to accept cryptocurrency, Benshimon said. People have a digital wallet to keep their digital currency but title companies don’t, she said.

“The way it would have to work right now is the buyer would have to send the funds to the seller directly into their digital wallet,” Benshimon said.

Sher said this is the first time his team has included cryptocurrency in its purchasing options. He said with more companies and individuals interested in investing in digital currency, it’s making its way more and more into the real estate industry.

A number of luxury homes have already recorded million-dollar sales using cryptocurrency, including the sale of a Miami Beach penthouse that this month closed for $22.5 million in digital currency, the largest known cryptocurrency real estate purchase to date, according to news reports in Florida.

“We’re excited to take a step forward and open up our listing to cryptocurrency holders,” Sher said. “There are a lot of advantages to buying a home with crypto. It’s an especially great opportunity for those with significant cryptocurrency profits to diversify their assets.”

Aldo Martinez, president of the Las Vegas Realtors association, said he hasn’t seen cryptocurrency used to buy homes but knows people have converted cryptocurrency to cash at closing and using the money in their portfolio for the purchase.

Martinez said when Nevada legalized marijuana some of the owners of those businesses couldn’t use the banking system because of the federal law against its use. Those owners instead turned to cryptocurrency to park their money and from there companies created a vehicle to take the money from digital currency to convert to dollars to make those home purchases, he said.

Rick Cenname, sales manager at Equity Title of Las Vegas, said they’re getting questions “all the time” regarding the use of digital currency such as Bitcoin — a transaction if it involved title companies could be risky because of its volatility in trading, he said.

“We have done a crypto deal after the fact because people were sophisticated enough to know that they converted it to cash to wire it to us,” Cenname said. “We don’t have the mechanism to handle crypto. We will walk them through the process to make sure they’re doing it correctly. When Bitcoin jumped up to $20,000, that was the first wave of people wanting to buy a house using it before they realized they had to convert it. It’s coming. There’s going to be a mechanism where we can do it, but I don’t know when it will come into play. We have the demand to use it, but we haven’t gotten to that point yet.”

Walker said real estate transactions using digital currency can’t be used as a tax dodge. Whenever someone sells or uses their digital currency, there’s a capital gain’s transaction that must be reported on tax returns, she said.

The IRS views Bitcoin the way they do stock transactions, and it’s tax fraud if not reported and people will be targeted if they’re not careful, she said.

“They (the IRS) is not stupid, especially when it comes to Bitcoin,” Walker said. “They are focused on it razor-sharp right now.”

Walkerlieb said he expects title companies in five or 10 years will enable the use of digital currency in a secure transaction as part of what is referred to as a smart contract.

“It’s definitely going to be implemented down the road, and it’s just a matter of when it becomes widely used and federal regulations allow for it,” Walkerlieb said. 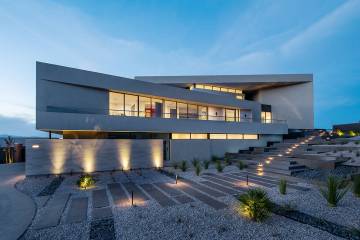