Skip to content
Sign up for our newsletter
section-ads_high_impact_1
BY BUCK WARGO LAS VEGAS BUSINESS PRESS
July 6, 2021 - 9:37 am 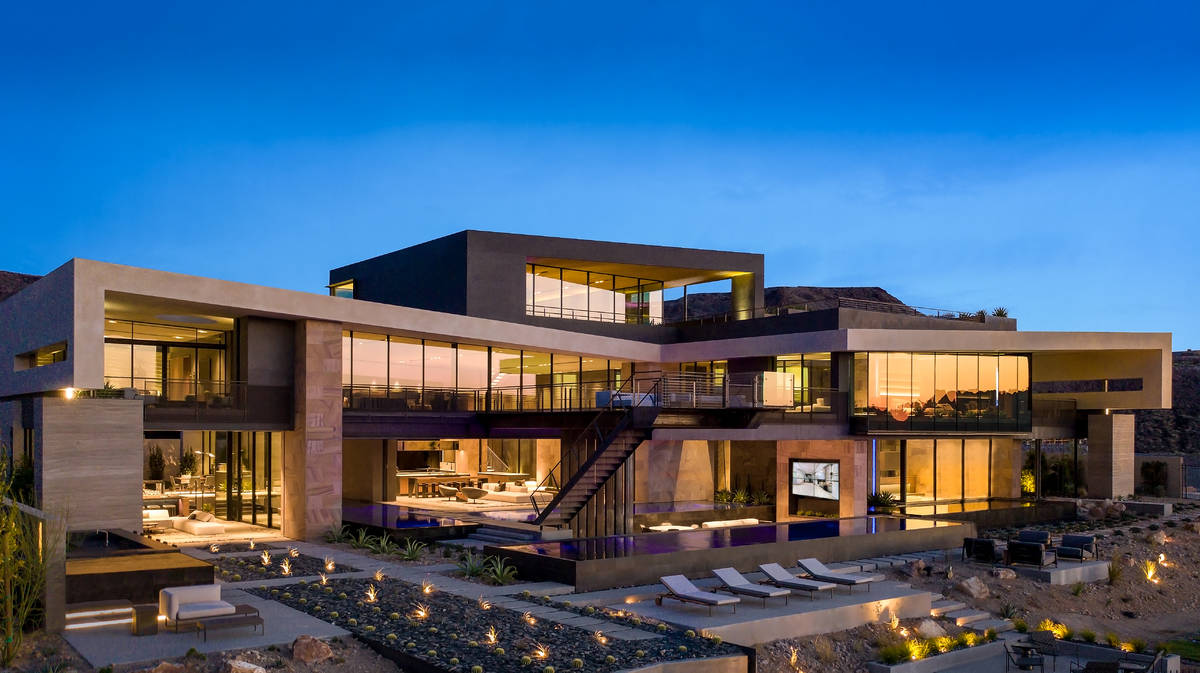 This home smashed the all-time Las Vegas record sale for a single-family home, fetching a $25 million price on June 25. The home is the builder's showcase in MacDonald Highlands. (Blue Heron) 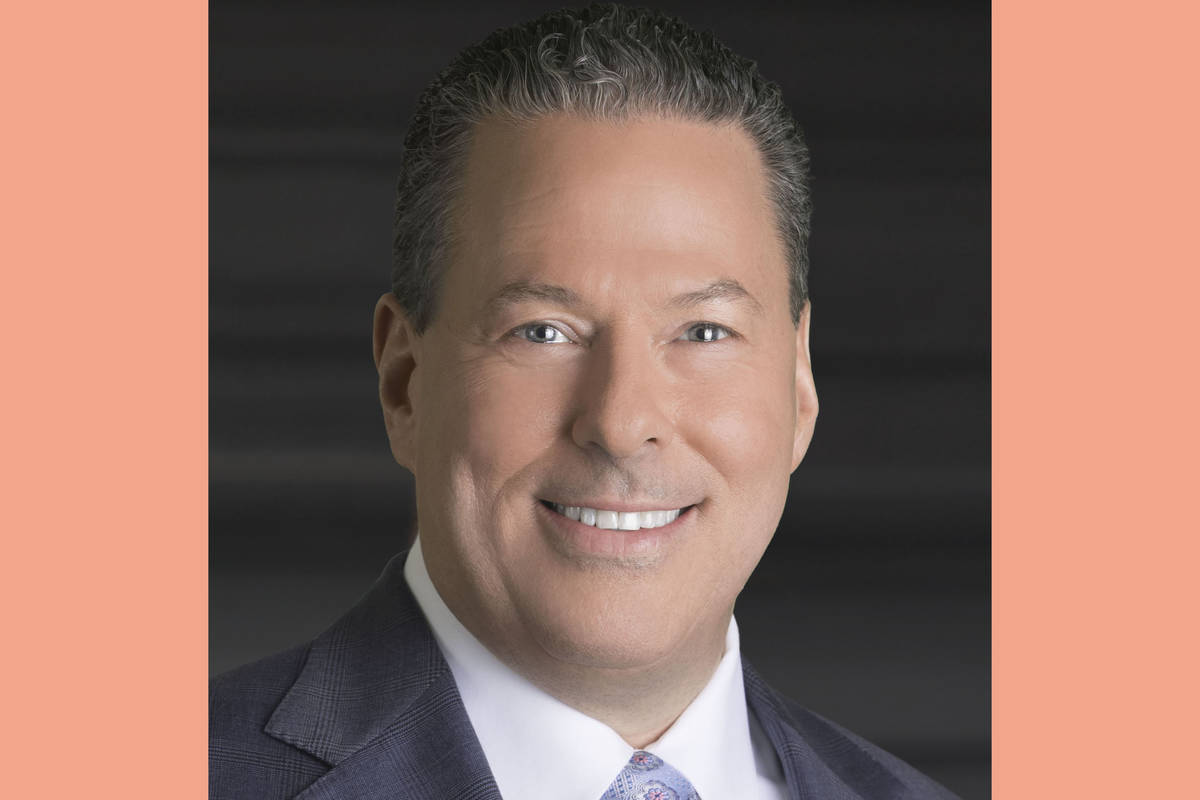 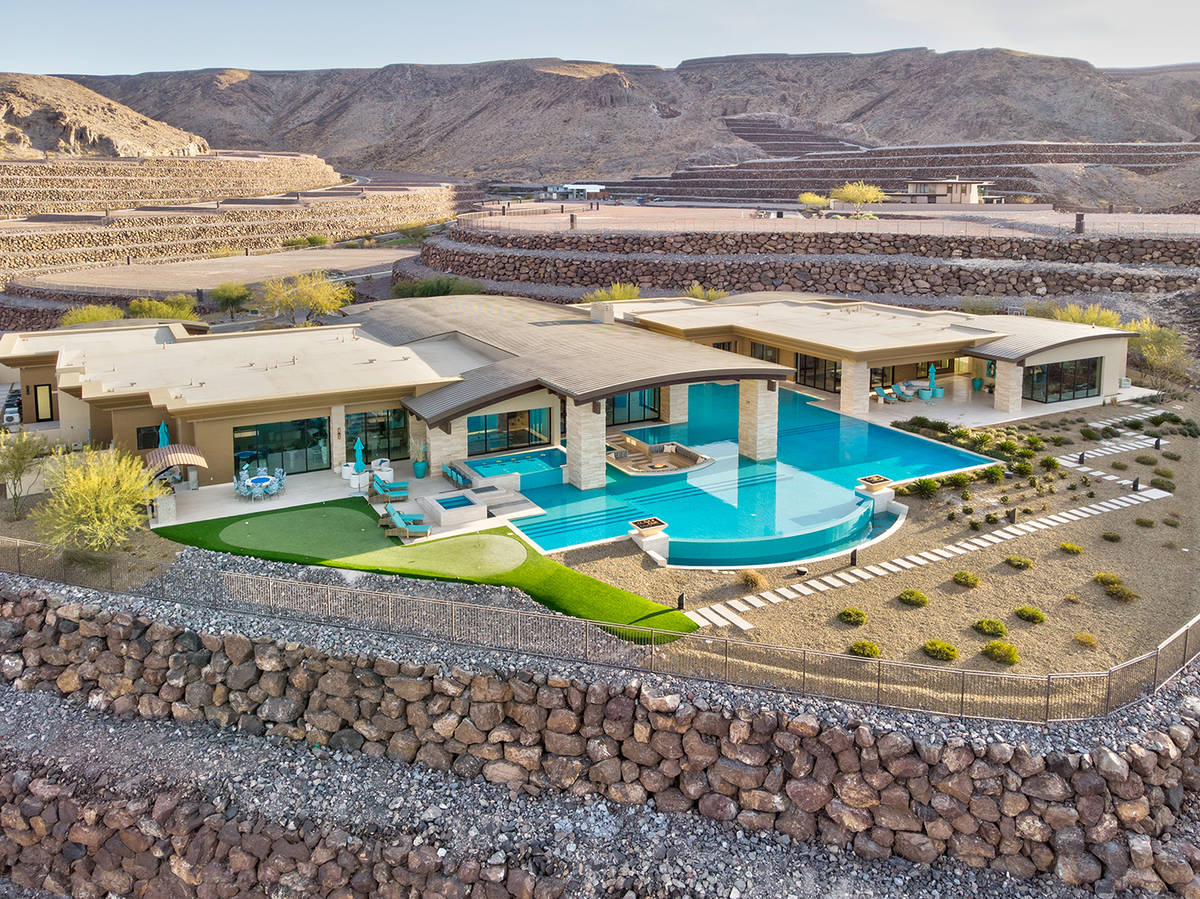 This 12,100-square-foot home in Ascaya, a luxury Henderson master-planned community, sold for $14.69 million in June. The home, which has a unique pool, was built by Sun West Custom Homes. (Sun West Luxury Realty) 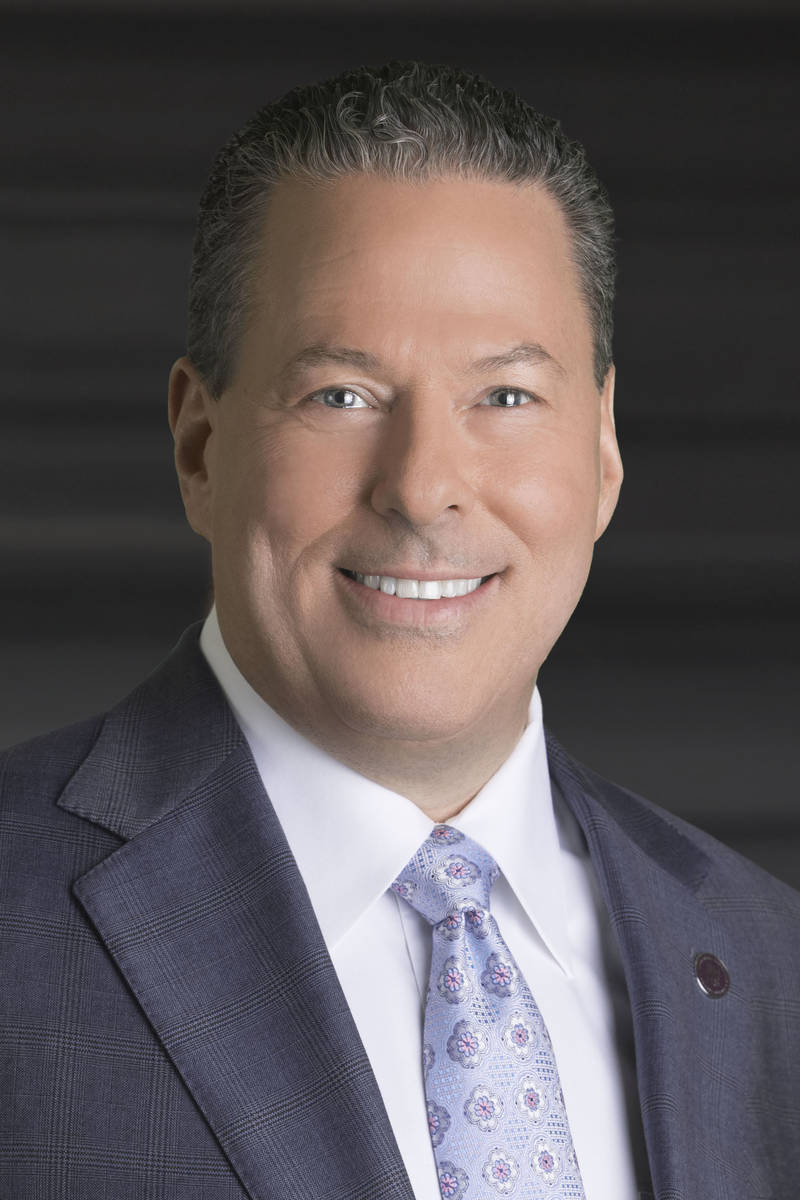 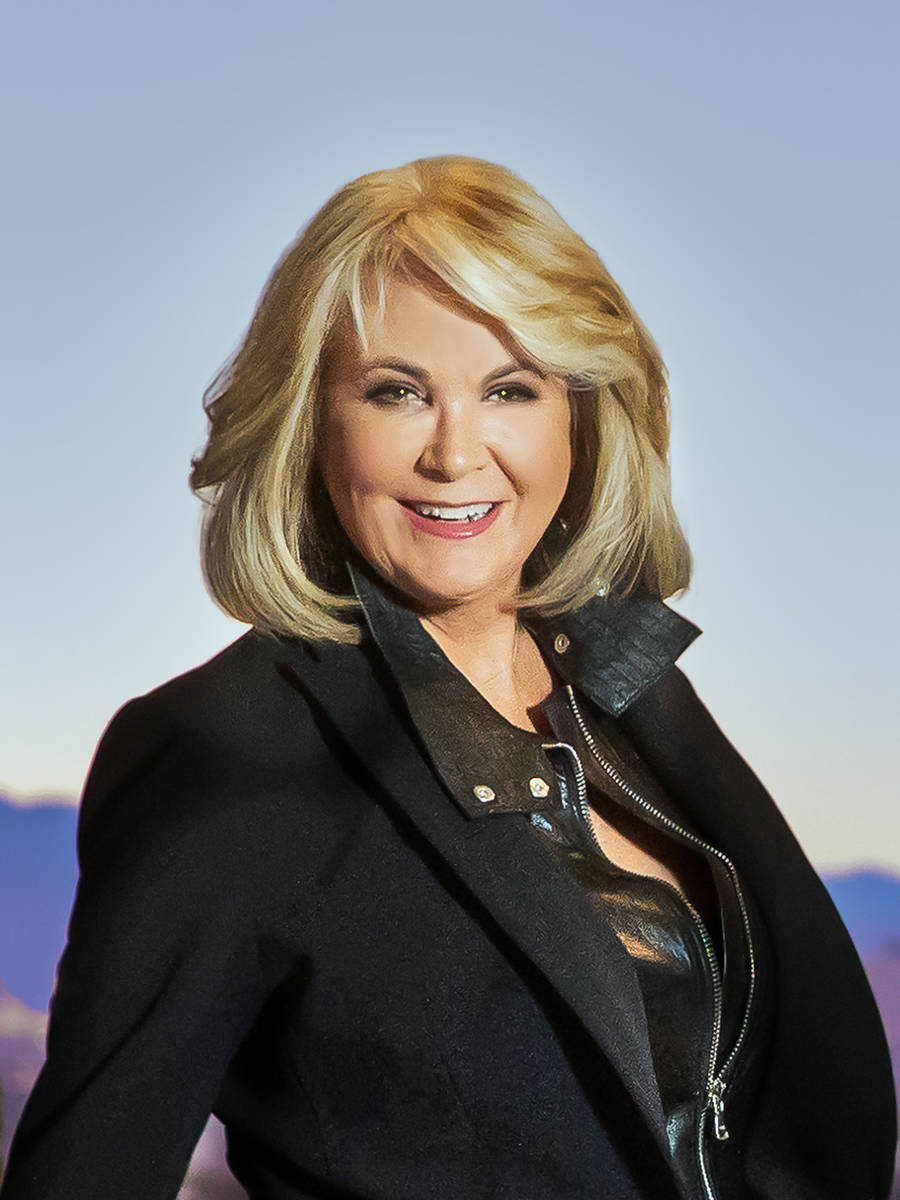 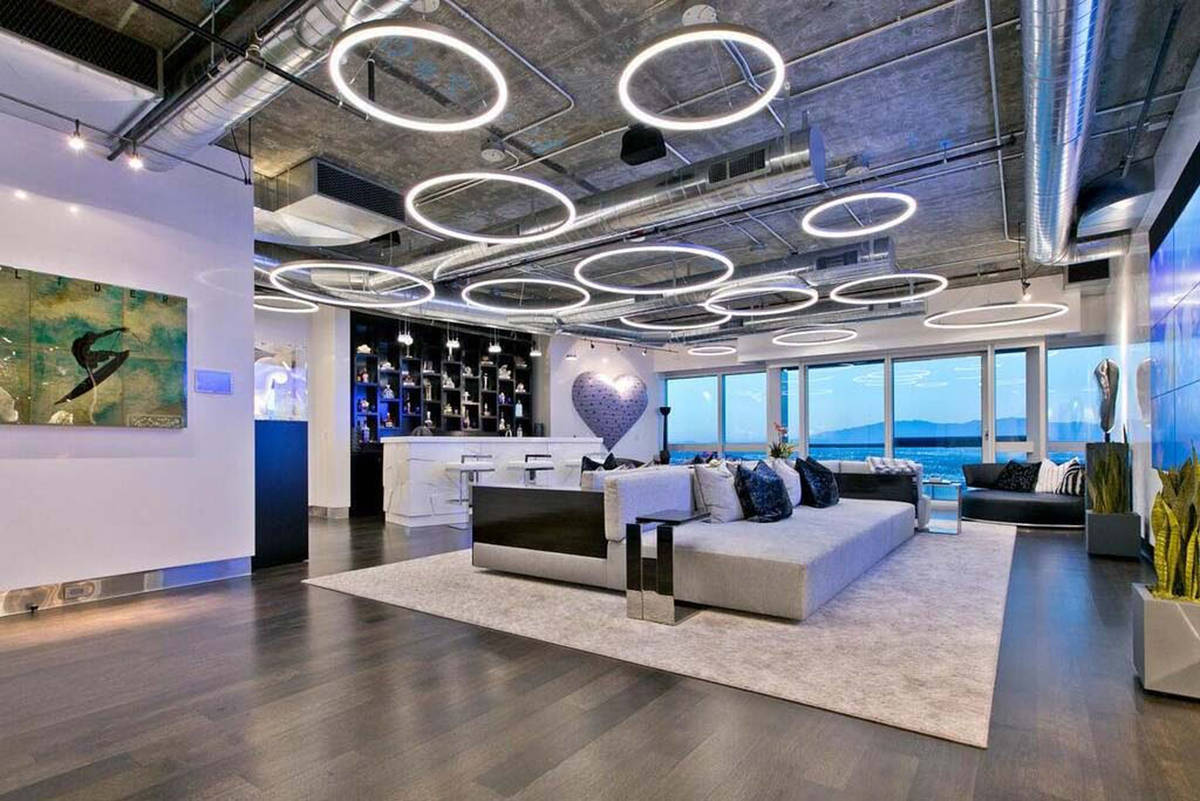 It will be a June to remember for Las Vegas luxury real estate.

While the luxury real estate market remains hot with some of the top sales in Las Vegas history in June and annual marks to be shattered, the activity continues to pick up with more brokerages trading hands.

It started a few days into June when the all-time record sales price for a condo was set: A 13,000-square-foot penthouse at The Martin sold for $16.25 million.

Days later, Henderson recorded its all-time record and the Las Vegas Valley had its highest sale of 2021 for a single-family home with $14.69 million paid for a 12,100-square-foot estate in the hillside community of Ascaya.

By the end of the month, billionaire Anthony Hsieh, the founder of LoanDepot, paid $25 million for the newly built show home of luxury builder Blue Heron in MacDonald Highlands in Henderson. Kristen Routh-Silberman with Synergy Sotheby’s International represented the buyer and seller.

There have been custom homes built in the valley for their owners for a higher price than the $25 million, but none that has changed hands, at least publicly on the Multiple Listing Service of the Las Vegas Realtors.

“I think the Las Vegas market is steady, strong and on the rise,” Routh-Silberman said. “I think smart money is coming to this town. It’s going to remain that way for the rest of 2021 and well into 2022. I’m super bullish on the market.”

That sale broke the all-time sales record in Las Vegas at $17.55 million when magician David Copperfield bought a home in 2016 on the Billionaires Row in Summerlin. That transaction was handled by Realtor Ivan Sher with the Ivan Sher Group of Berkshire Hathaway HomeServices representing the buyer and seller. That sale wasn’t transacted on the MLS but was made public.

“Kristen should be super proud of this,” Sher said. “It’s a great accomplishment. She earned it and worked really hard. I had that moment and know what it feels like, and it’s incredible.”

The No. 3 on the list came to light this month as a private transaction that Las Vegas Realtors said wasn’t completed on the MLS. Former casino mogul Steve Wynn’s home on Shadow Creek Golf Course in North Las Vegas sold in 2007 for $17.375 million but wasn’t reported at the time. The then-MGM Mirage sold the 12,000-square-foot home, which it acquired from Wynn as part of the purchase of the gaming company. The home was sold when Wynn moved out after living there for several years.

Las Vegas Realtors President Aldo Martinez said that in the past 12 months when the city started to reopen from its shutdown from COVID-19 there have been more than 1,200 luxury closings of $1 million and higher single-family homes.

“For the longest while we were about 200 to 300 luxury sales per year, and all of a sudden it started jumping,” Martinez said. “It looks like we should hit over 1,000 luxury home sales this year.”

Sher said Las Vegas has gone from a place where high-end luxury sales were hovering around $10 million to $12 million and then reached $15 million before going to $17 million. With June’s record-breaking sale, there’s a new benchmark that shows luxury is changing in the city.

“It’s a huge moment for real estate in Las Vegas,” Sher said. “All of sudden now we’re edging toward some of those California coastal properties.

Sher said he is talking to clients with homes in Las Vegas worth $50 million to $100 million who want to put them on the market at some point.

Sher said some of the new homes built in the Summit Club in Summerlin, the new luxury resort community, will be $70 million, $80 million, $100 million and $120 million properties, he said.

“It’s super-exciting, and there’s far more to come,” Sher said. “The sale is a beacon of where luxury is going in the city.”

Martinez said rising home prices push the envelope of homes that are now valued at more than $1 million. He said he bought his home in Seven Hills in Henderson at the bottom of the real estate market in 2011, paying $390,000. Homes in the neighborhood are selling for $985,000 today, he said.

He said the luxury market strength should continue. People who have money aren’t going to deprive themselves of what they want and are able to buy.

In its acquisition, HomeServices of America obtained Stark’s franchises across three states. That also includes its title and escrow companies of Legendary Title (Arizona), Legendary Escrow (California) and Equity Title (Nevada). Financial terms of the transaction were not disclosed.

Stark’s franchises serve the region with nearly 3,000 sales associates in 32 offices, including Phoenix, Los Angeles and Las Vegas. The company became part of the Berkshire Hathaway HomeServices network in 2014.

HomeServices has nearly 46,250 real estate professionals operating in more than 900 offices across 32 states.

Stark, with president and chief operating officer Gordon Miles, will continue to lead his company’s strategic planning and growth initiatives and manage the company’s day-to-day operations.

The Las Vegas office is the valley’s leader in sales volume revenue with the transactions it handles.

Stark said Berkshire bought the Prudential real estate network in 2013 and transitioned those brokerages to Berkshire Hathaway HomeServices, including Stark’s Prudential American Group that had been part of Prudential until 2014.

His franchise has been ranked No. 3 nationally in the entire Berkshire network for gross commissions closed, and that made it an attractive takeover, Stark said. He’s the No. 1-ranked franchise as the top two are owned by Berkshire Hathaway, he said.

In 2020, Stark said his franchise did $7.1 billion in sales in 2020 and increased it by $1.57 billion during the pandemic last year without any acquisitions.

“(To) the world, agents, staff and managers, it’s invisible,” Stark said. “It’s virtually no change. Some of the stronger changes is they have a stronger health insurance policy than we had on our own. Their 401(k) is better than ours.”

Stark said he no longer will have to deal with banking, managing debt, tax returns, managing capital expenditures or worry about raising capital.

“It opens us up to do so much more to spend more time with sales executives and leadership team,” Stark said.

Stark said he has gone through good times and difficult times in the industry with the run-up of the market in the 2000s. His company filed for bankruptcy reorganization during the market downturn in 2007 before emerging from it after six months in 2008.

By being taken over by Berkshire Hathway, the operation is well-positioned to deal with both aspects of the marketplace, Stark said.

“I want to be in the camp where this is an opportunity and not a chokehold,” Stark said. “The first time I went through it, it was a chokehold for me. We had a lot of support and got through it. However, I am one guy. I don’t care how much you try and save, but when things adjust, it can be tough. In this scenario, we are unstoppable. Berkshire Hathaway is one of the largest companies on the planet. I’ll be able to be in the opportunity court and (manage) how we are going to take advantage of this (next) downturn and grow through it.”

Stark has about 150 employees and more than 3,000 agents in more than 30 offices in four markets in three states. In California, they have the Palm Springs area and Orange County. The Arizona office is in Phoenix. In Las Vegas, Stark has more than 1,200 agents in Nevada.

“We’re killing it in 2021,” Stark said. “We are so far ahead for all our companies, and Nevada is way up. The biggest thing I watch (to have an impact) is interest rates and the economy.”