Skip to content
Sign up for our newsletter
section-ads_high_impact_1
BY BUCK WARGO LAS VEGAS BUSINESS PRESS
February 11, 2020 - 11:20 am 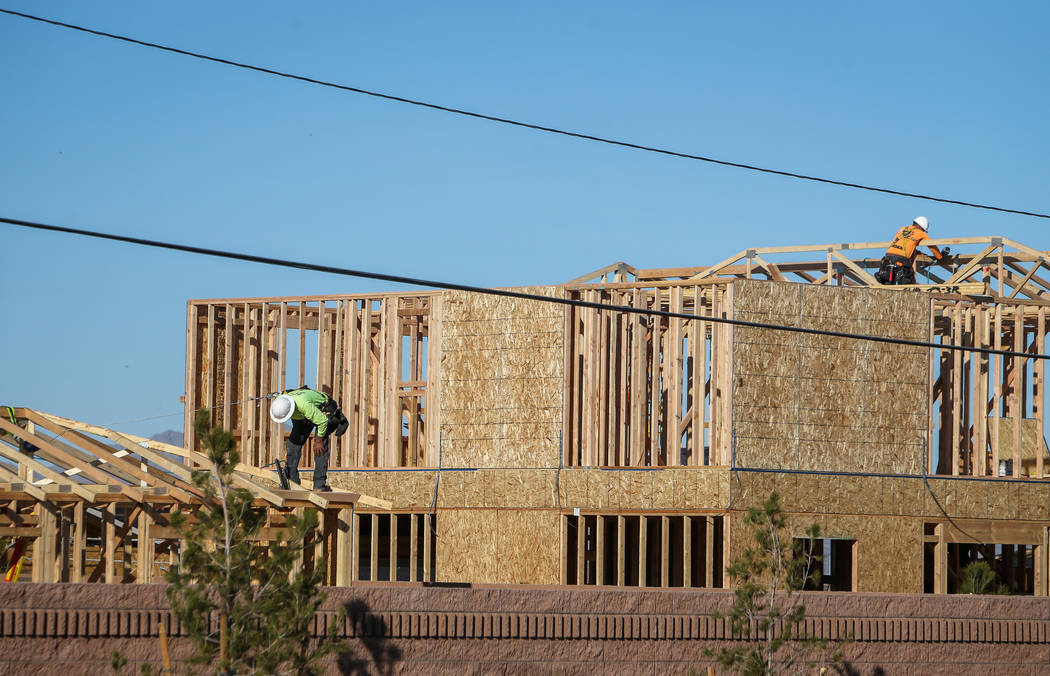 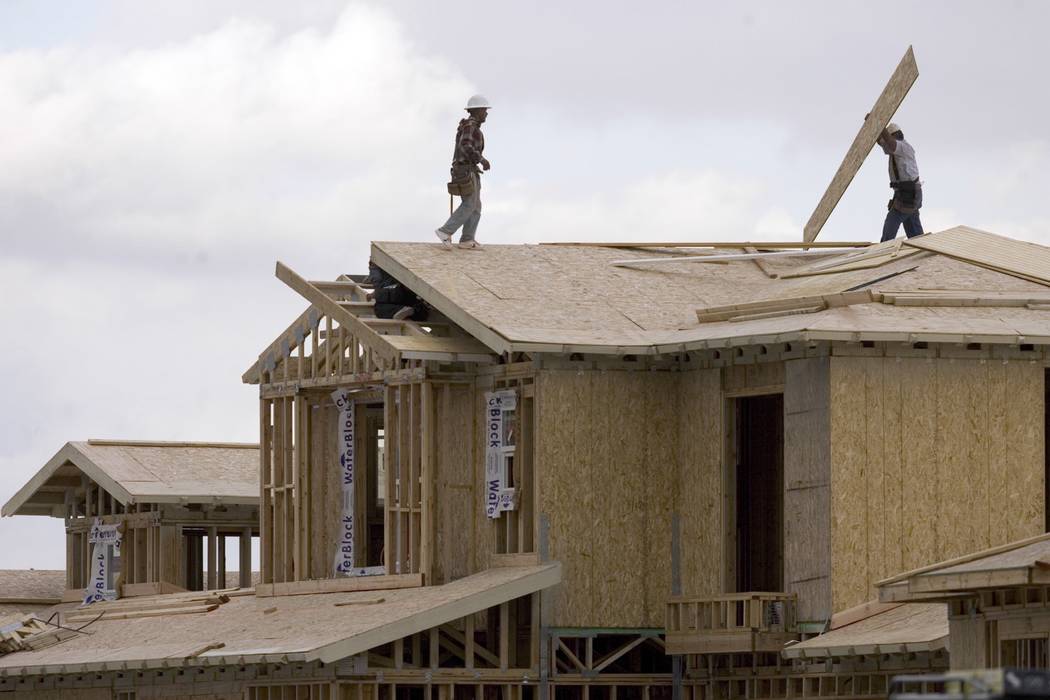 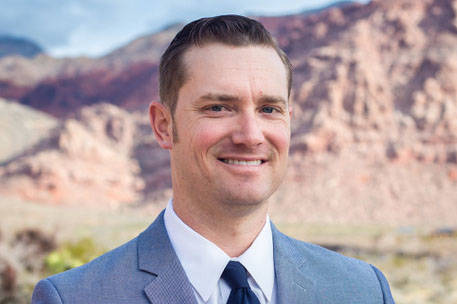 The Las Vegas new home market got off to its hottest start in 13 years, and there are signs builders are focusing even more on town homes and affordability that’s bringing out the buyers.

Home Builders Research President Andrew Smith said this week that there were 904 net sales through Jan. 26, and based on that pace, the full-month total should surpass 1,100. Net sales are sales minus any cancellations by the buyer.

The 611 net sales in December were up 32 percent from 464 in December 2018, when the market slowed because of interest rates surpassing 5 percent that have since come down to below 4 percent.

“I think the numbers show the housing market is fine and that the demand is there,” Smith said.

The January sales numbers coincide with other numbers released by Home Builders Research that show builders pulled 822 permits in December, a 22 percent gain over December 2018.

Nat Hodgson, CEO of the Southern Nevada Home Builders Association, said the last couple of weeks of January were “off the charts in terms of sales.”

“To see that many permits in December and a bunch of sales in January is a good spot for us to be in,” Hodgson said. “Those are healthy numbers for January, but I want to watch to see what happens in February. I think a lot of it is timing of new communities coming online.”

Home Builders Research reported there were 985 closings in December, or 13 fewer than December 2018.

Hodgson said with such a good start to 2020, he remains confident the new-home market will surpass 2019, and he wouldn’t be surprised to see it reach 11,000.

What stood out in December is the strong showing of town home closings. There were 198 in December, which is more than double the 96 in December 2018. Town homes made up 20 percent of overall closings in December and 15 percent of the yearly total. The share was a 12.5 percent in 2018.

The Southern Nevada Home Builders Association said town homes continue to occupy a growing part of the market and that their estimated 15 percent share of permits in 2019 is a jump from a 10 percent share in 2018 and 5 percent in 2017, when there were 496 permits issued. The low point in the market was 2012, when there was a 2 percent market share at 108 permits.

Town home construction has picked up since the Nevada Legislature in 2015 shortened the statute of limitations and streamlined the process for repairs, thus reducing construction defect litigation that emanated in the 2000s from legislation passed in 1997.

“The buyer profile wanting attached is increasing, and I don’t see that stopping. I don’t know what year, but we might dip into the 30 percentile,” Hodgson said. “I think you will see 17 to 18 percent at a minimum this year.”

Hodgson said it’s about buyers seeking affordability, but many like the lifestyle of easier-to-maintain properties.

The boost in town homes sales in December contributed to a steep decline in the median home price. Overall, it was $364,856, which is 8.1 percent lower than December 2018. The median price of town homes closed in December was $282,456, a 2 percent decline from December 2018, according to Home Builders Research.

Research firm SalesTraq, a division of Applied Analysis, pegged the price per square foot for new homes at $191, which is the same as December 2018 and a reflection that builders sold smaller homes to end the year.

Single-family home closings had a median price of $391,000, which is 4.25 percent lower than December 2018 and down from a record high of more than $410,000 in October, Home Builders Research reported.

Hodgson said the drop in median price is a reflection of the increase in closings of lower-priced town homes sold in December.

Applied Analysis Principal Brian Gordon said labor constraints continue to be cited by builders as affecting prices with the increasing cost of labor along with materials and land. Developers are aware how home prices relate to household incomes and continue to focus on more efficient building designs by moving more to lower-priced town homes and condominiums, he said.

Gordon said the housing market should continue to be stable in 2020, given the billions of dollars of development along the Strip and in the rest of Las Vegas that’s creating jobs and attracting people from out of state.

“There continues to be demand in housing due to the strong population growth, continued employment growth and all of the major investments taking place in Southern Nevada,” Gordon said. “The expectation is 2020 should look much like how the market performed in 2019.”

Gordon said not only is the cost of lower-priced town homes bringing down the median prices, but he highlighted how builders are focusing on smaller, more affordable single-family homes.

“Housing affordability is not only on the radar of residents in the local market but builders as well,” Gordon said. “They are attempting to design and develop a product that can meet the demands of the community. We will see more attached product in 2020. As land prices remain elevated, builders can develop a greater number of homes on lots and give them the ability to reduce the land portion of the cost of the home.”

Smith said he’s waiting to see what impact Summerlin’s newest community opening in 2020, with a focus on affordability, will have on the market. It’s opening hundreds of acres north of Far Hill Avenue west of the 215 Beltway in a community named Redpoint that will have smaller homes on smaller lots and town homes and other attached products. Some prices will be in the high $200,000s in a master plan where the average new home price is about $640,000.

Homes in these new neighborhoods include a mix of single-family detached homes, town homes, condominiums, attached two-story duplexes and a small single-family detached product with a mix of front- and alley-facing garages. The homes touching Far Hills Avenue will be three to five units per acre, which is similar to most of Summerlin. The further north, the density becomes eight to 11 units per acre.

“I am waiting to see what happens with this new village in Summerlin and if it’s in the $300,000s and attainable price point that’s going to have an impact,” Smith said. “Summerlin is such a big part of the overall market. A large majority of people in Las Vegas and people moving here would like to be able to say they live in Summerlin and amenities with it. If they are not priced out of that area anymore, those builders building there are going to do very well.”