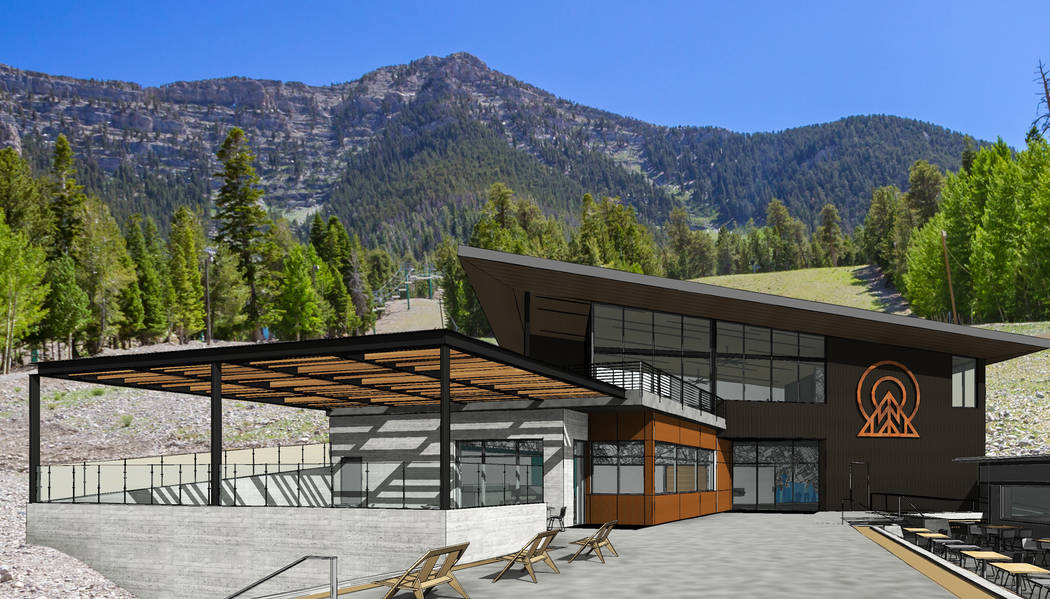 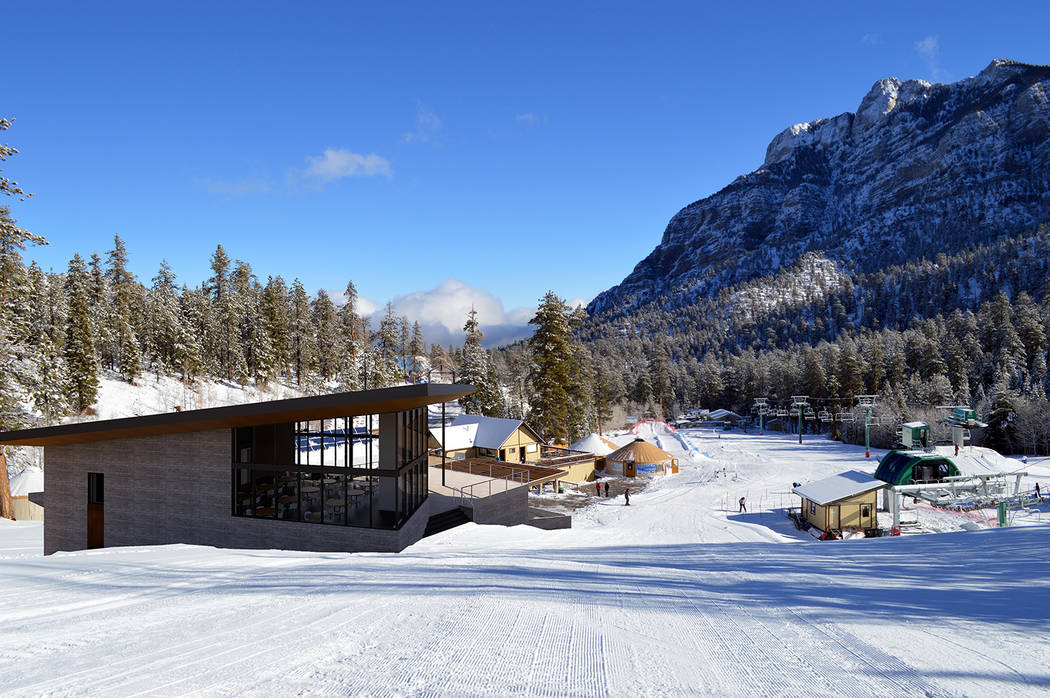 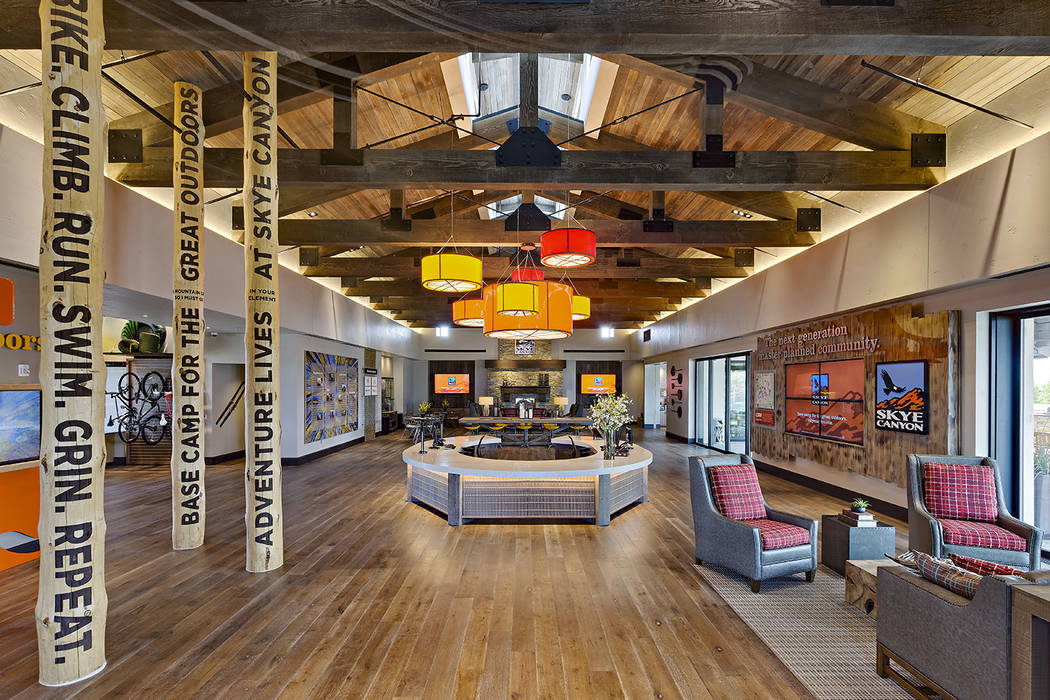 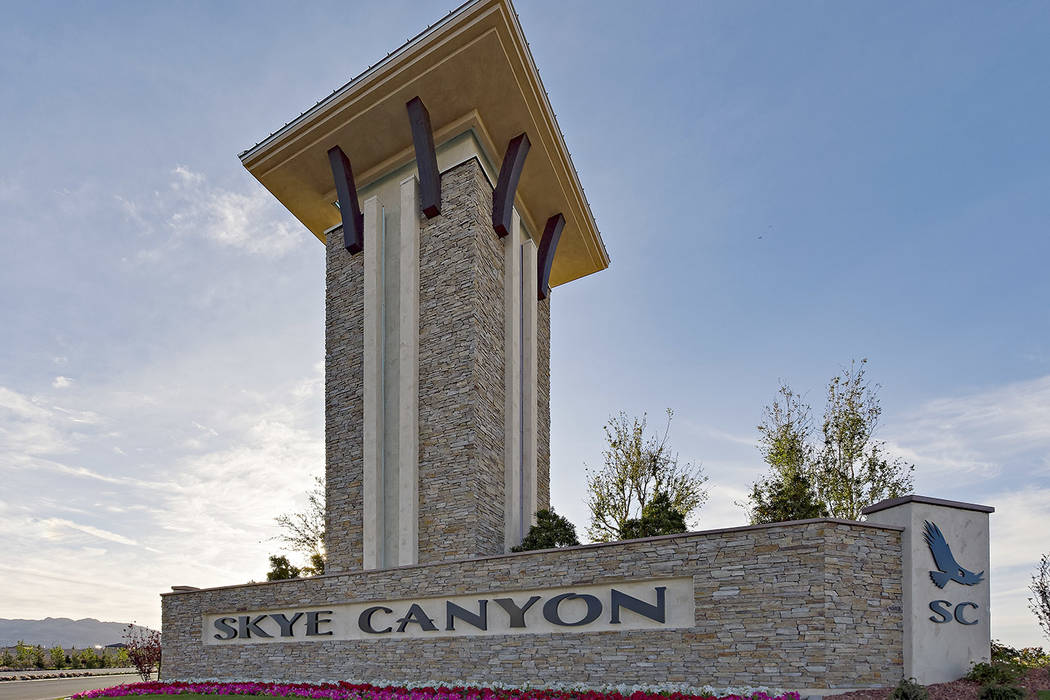 The proximity to outdoor recreation areas has helped fuel homebuying in the northwest valley that in turn has created a built-in audience that’s spurring expansion and improvements in the resort industry in the nearby mountains.

The Lee Canyon, formerly called the Las Vegas Ski and Snowboard Resort, and the Retreat on Charleston Peak, formerly the Resort on Mount Charleston, are rolling out major renovations that will serve Las Vegas, especially the growing population in the northwest.

The population growth in northwest Las Vegas city limits is up 12 percent between 2014 and 2018 and housing units are 10 percent higher in that period. In 2018, business permits were up 15 percent, according to the city of Las Vegas. And it shows no signs of slowing with the growth in the Skye Canyon master-planned community and other nearby communities given the proximity to mountains and recreation area that feature hiking, rock climbing and cycling in the summer and skiing and snowboarding in the winter.

Since opening in 2015, Skye Canyon popped into the 2017 national rankings for home sales at No. 50 and in 2018 jumped to 21st in sales by increasing 52 percent from 315 to 478. That trend is expected to continue as the community rolls out new neighborhoods.

Resorts in the northwest for one are capitalizing on those who live nearby and want that outdoor lifestyle.

By the end of the year, in time for skiing and snowboarding season, Lee Canyon will open the Hillside Lodge, a 10,000-square-foot facility on a site that’s undergoing its most significant transformation since it opened in 1963. Currently, there’s a lodge and a food and beverage building, both of which will remain.

The new day lodge will include a heated outdoor terrace, a ski-in-and-out bar, a coffee shop, improved dining and space for meetings, weddings and special events. There’s also a plan under review by the U.S. Forest Service for the addition of mountain biking trails, according to James Seely, marketing director for Lee Canyon, the company permitted by the U.S. Forest Service to operate a day ski lodge there.

The upgrades came about because of the increase in visitation Lee Canyon has seen that’s supplemented by nearby homeowners. Lee Canyon partners with Skye Canyon for discounted pricing. It also holds an annual party at Skye Center at Skye Canyon called Pray For Snow that will be held Nov. 2 this year.

During the peak of the winter ski and snowboard season, Lee Canyon has 1,600 visitors a day, which far exceeds its capacity, Seely said. When the buildings were constructed in the 1960s, the estimate had 300 as the maximum capacity, he said.

“You can see the growth in the northwest,” Seely said. “Lee Canyon and the Spring Mountains are a little more accessible for those on the northwest side of town versus Henderson. “Our summertime business has definitely grown, and it’s great to have both winter and summer business up here in the canyon.”

The new hillside building will open for more summer visitation aided by the trail plans for mountain biking, Seely said. Lee Canyon is only federally permitted to be a day lodge and not house visitors.

“It allows us to be open seven days a week in the summer as opposed to three days a week on Friday through Sunday,” Seely said. “With Las Vegas getting 3,000 to 4,000 new residents a month we’re trying to reach out and let people know we are here.”

In Kyle Canyon, the Retreat on Charleston Peak will finish the first phase of changes to the resort that includes updating the restaurant, guest rooms, spa, gym and property exteriors.

Co-owner Deanna Crossman, who acquired the lodge a year ago along with her husband, Colin, for $4.8 million, said they have replaced furniture in the mountain lodges’ 62 rooms and common areas for the facility that was built in 1984. A second phase will include exterior and flooring work and adding event space. A pool and outdoor decking will be added in the spring.

“What’s happening in the northwest was certainly a factor for us,” Crossman said. “With Skye Canyon development and everything at the base of the mountains, the growth is tremendous. We will have a captive audience that’s literally 15 minutes away and 7,000 feet up where it’s 85 degrees in July with waterfalls and outdoor activities, and all winterlong you have the skiing and all the snow. You can be a Vegas resident and have all of the fun in summer and winter.”

Development in Skye Canyon and surrounding residential development, meanwhile, will continue to fuel that visitation. It markets itself as “the base camp for the great outdoors” with its location and outdoor-themed events.

The Olympia Cos., the developer of Skye Canyon includes builders Century Communities, Pardee, Lennar, Woodside, Richmond American, Beazer and Pulte. It has sold about 950 homes in 12 neighborhoods and another 200 are under construction with a build-out of about 4,000 homes, said Chris Armstrong, a senior vice president with the developer.

Armstrong said the lure of the northwest valley, and Skye Canyon in particular being on the edge of the Red Rock Mountain National Conservation Area, has attracted homebuyers while being accessible to the 215 Beltway and U.S. Highway 95 and 15 minutes from downtown.

“Recreation is a big part of (why they chose to live there),” Armstrong said. “They have access to Lee Canyon and Mount Charleston. A lot of our residents like having that proximity to the great outdoors and feel there’s not going to be development further west. We tagged that from the beginning as ‘the base camp for the great outdoors’ and kept that brand true to the development of our product and the other projects we are building around that. I think people feel they are close to open lands when they’re in the northwest.”

Originally Skye Canyon was comprised of 1,700 acres, but the Olympia Cos. sold about 700 acres to Lennar, Shea Homes and other builders on the east side that’s now called Sun Stone and will have about 3,000 homes. A year ago, Olympia sold a parcel to Stations Casino for a casino to be built in the future.

Armstrong said Olympia, the builders and companies such as Stations have a lot of confidence in that area. Even Olympia doubled down by purchasing 270 acres southwest of Skye Canyon at a federal land auction in August. It plans to build about 1,300 homes and start within the next year or two. It previously acquired 120 acres in a federal auction of land near Ann Road at the Las Vegas 215 Beltway for home development set to start in mid-2020.

In addition, Olympia recently won a city of Las Vegas process for developing more than 1,000 acres north of Sun Stone that may include 6,000 to 7,000 homes.

“We continue to be bullish about that whole area,” said Armstrong who cited efforts by the city and proximity of the Creech Air Force Base.

Stephanie Forte, founder of Forte PR, said it’s fascinating to see the symbiotic housing growth in northwest Las Vegas while at the same time seeing a growth in outdoor recreation in the area.

Forte said that’s a growing trend in the valley and cited how Gov. Steve Sisolak recently established a division of outdoor recreation within the Department of Conservation and Natural Resources with Nevada, one of 13 states to do so. The Nevada Outdoor Business Coalition was launched in 2018 to further that works on behalf of outdoor recreation.

The group, which said 57 percent of Nevada residents participate in outdoor activities every year, said the outdoor industry in Nevada generates $12.6 billion in consumer spending and 87,000 jobs. Outdoor recreation ranks third in jobs sustained in Nevada behind gaming/tourism and health care.

Their survey showed that 42 percent of small business owners said that when choosing where to live and own a business, access to outdoor opportunities provided by parks and public lands was a large factor.