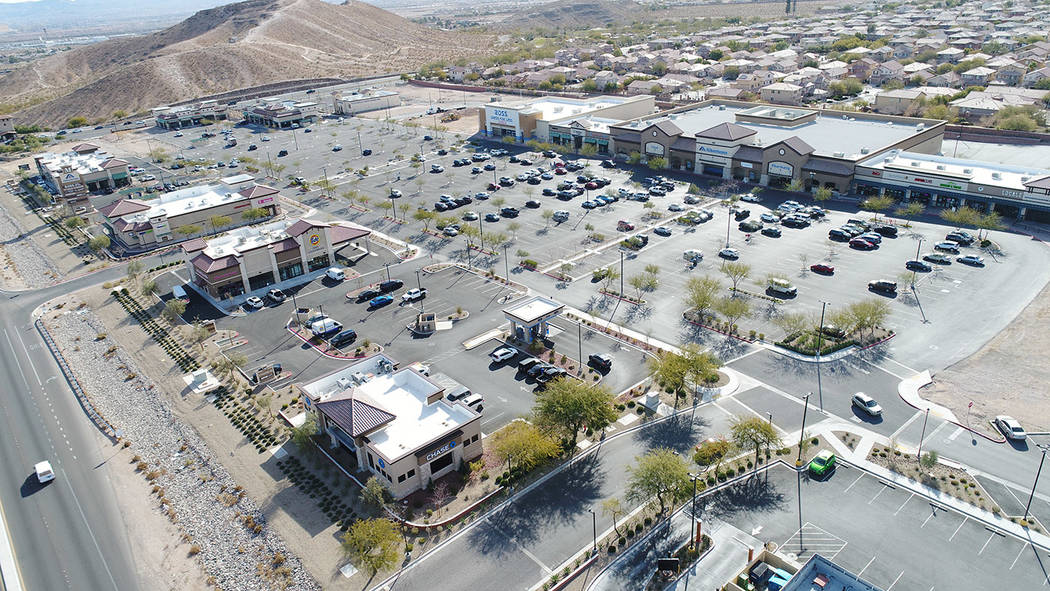 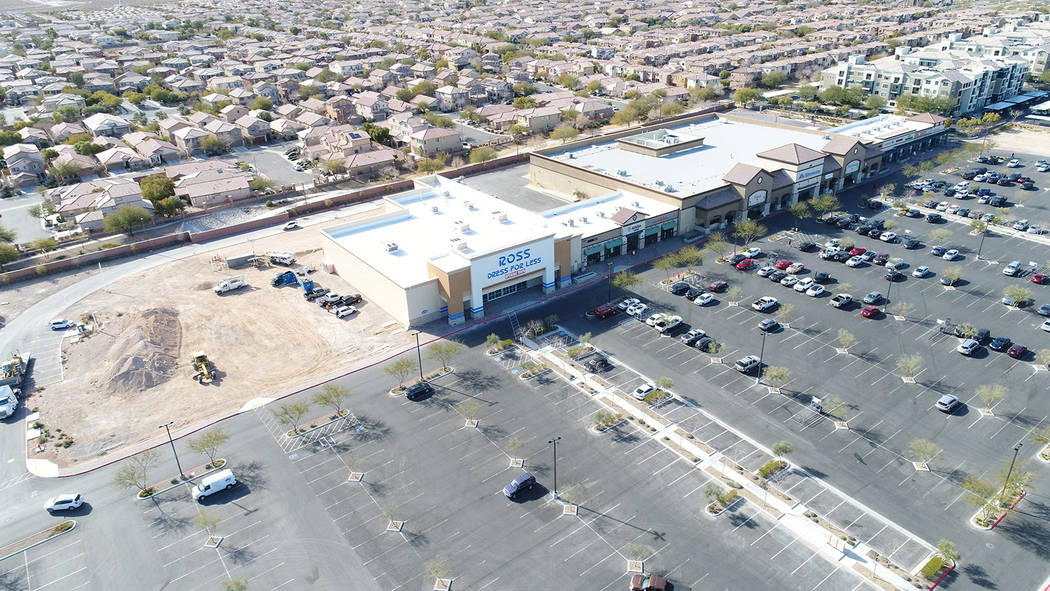 The final phase of Mountain’s Edge Marketplace is expected to be completed later this year. (Remington Nevada)

Remington Nevada, a premier commercial land development company in the southwest valley, is entering the final phase of construction at its largest shopping center in Nevada, Mountain’s Edge Marketplace at the southwest corner of Buffalo Drive and Blue Diamond Road.

Construction of the 250,000-square-foot retail center began in late 2016, and the final phase is expected to conclude later this year. This phase will include finishing touches to landscape architecture, the completion of remaining junior anchor pads, the build-out of more inline retail shops and the completion of the new 20,000-square-foot Planet Fitness, plus several other new businesses such as Verizon Wireless and Planet Smoothie.

Mountain’s Edge Marketplace, anchored by Albertsons Grocery, has evolved over the course of its first two construction phases to now include many popular businesses like Starbucks, Crumbl Cookies, Aveda Salon, Orangetheory Fitness, T-Mobile and Locale Italian Kitchen. Fueled by rapid residential growth in one of the nation’s top-selling master-planned communities, Mountain’s Edge Marketplace continues to provide many desired amenities for nearby neighborhoods.

“Mountain’s Edge has been a milestone achievement for our team, and it’s highly rewarding to see our vision come to fruition as we enter this final phase,” said founder and CEO David DelZotto. “Our vision was to create a retail center that not only benefited local residents, but one that also gave local businesses an opportunity to grow and thrive.”

Most recently, the developer announced the addition of Ross Dress for Less, a 20,000-square-foot retail store that will be adjacent to Albertsons Grocery. There is also one corner pad remaining near the shopping center’s main entrance.

In addition to Mountain’s Edge Marketplace, Remington Nevada completed construction at another southwest Las Vegas development, Post Pavilion, a 31,000-square-foot retail center located north of IKEA. Post Pavilion broke ground in spring 2019 and is anchored by Green Valley Grocery and a Shell gas station. The first round of tenant openings, anticipated for spring 2020, will include Domino’s Pizza and Crumbl Cookies.

Remington Nevada was founded in 2012 by David DelZotto, an entrepreneur who has been in the real estate and land development industries for over 30 years, both in Canada and the United States. DelZotto started Remington Homes in 1992 and for 12 years focused on the development and construction of single-family and custom luxury homes in Southern Nevada. DelZotto went on to expand into the commercial land development marketplace. Today, Remington Nevada has nearly 1 million square feet of land under construction or in the development phase throughout the Southwestern United States. In addition to its central Arizona portfolio of properties, Remington Nevada has over half a dozen projects in the Southern Nevada area, including Mountain’s Edge Marketplace, Skye Canyon Marketplace near Mount Charleston and its most recent redevelopment undertaking, the 17-acre Boulevard Plaza.