Skip to content
Sign up for our newsletter
section-ads_high_impact_1
BY VALERIE PUTNAM LAS VEGAS BUSINESS PRESS
June 22, 2021 - 8:49 am 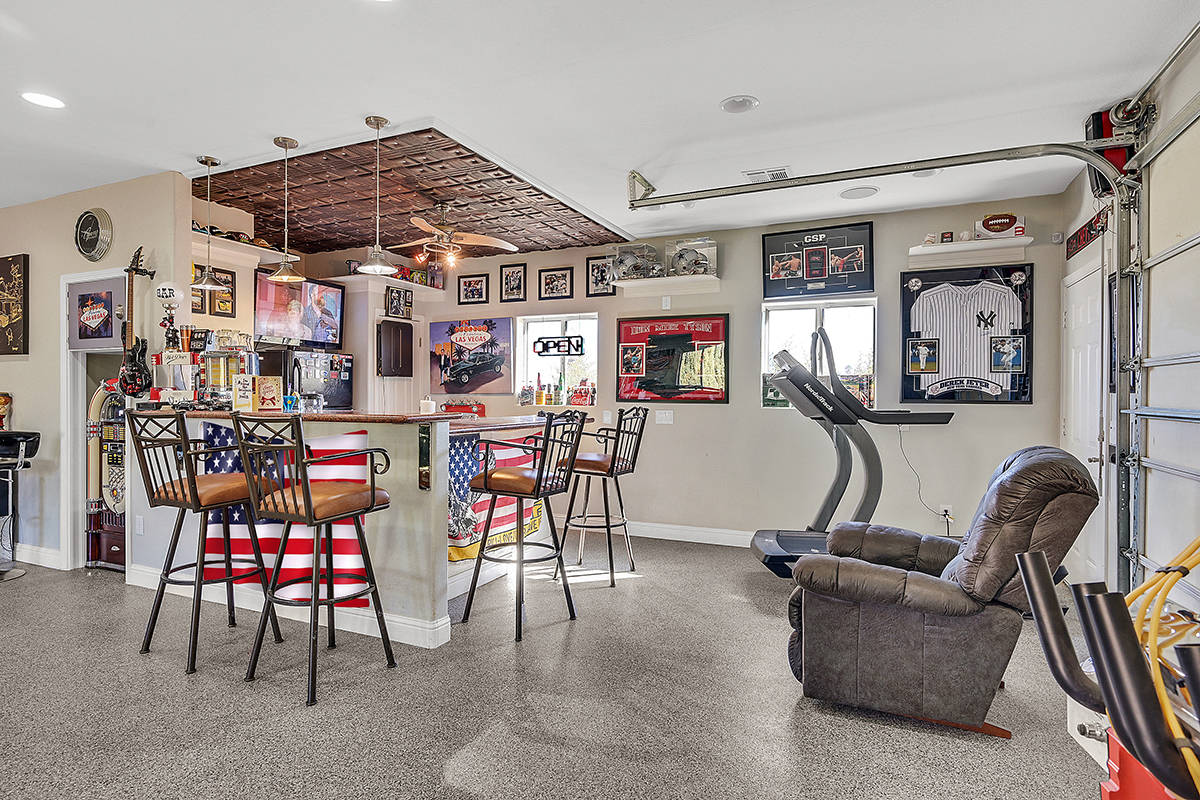 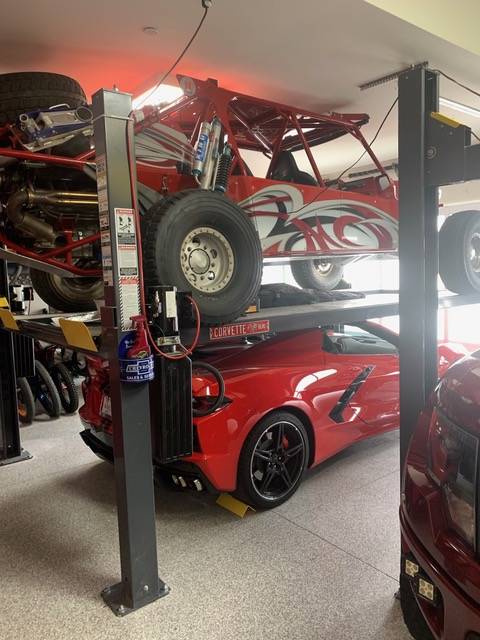 Mike Bilek Mike Bilek approaches the lack of garage space by storing his collection on hydraulic lifts, doubling the amount of storage space in his four-car garage. 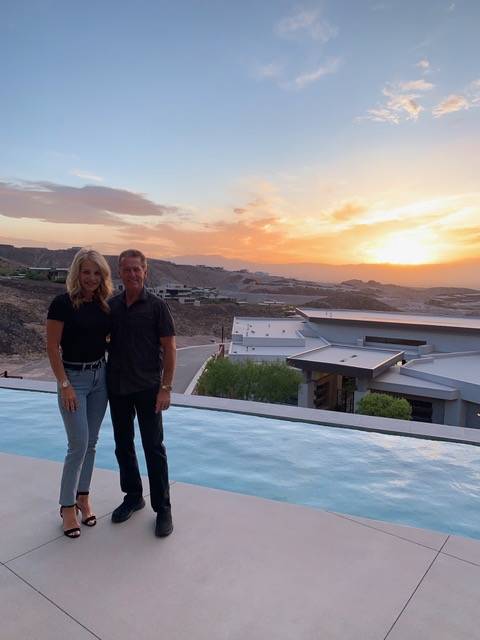 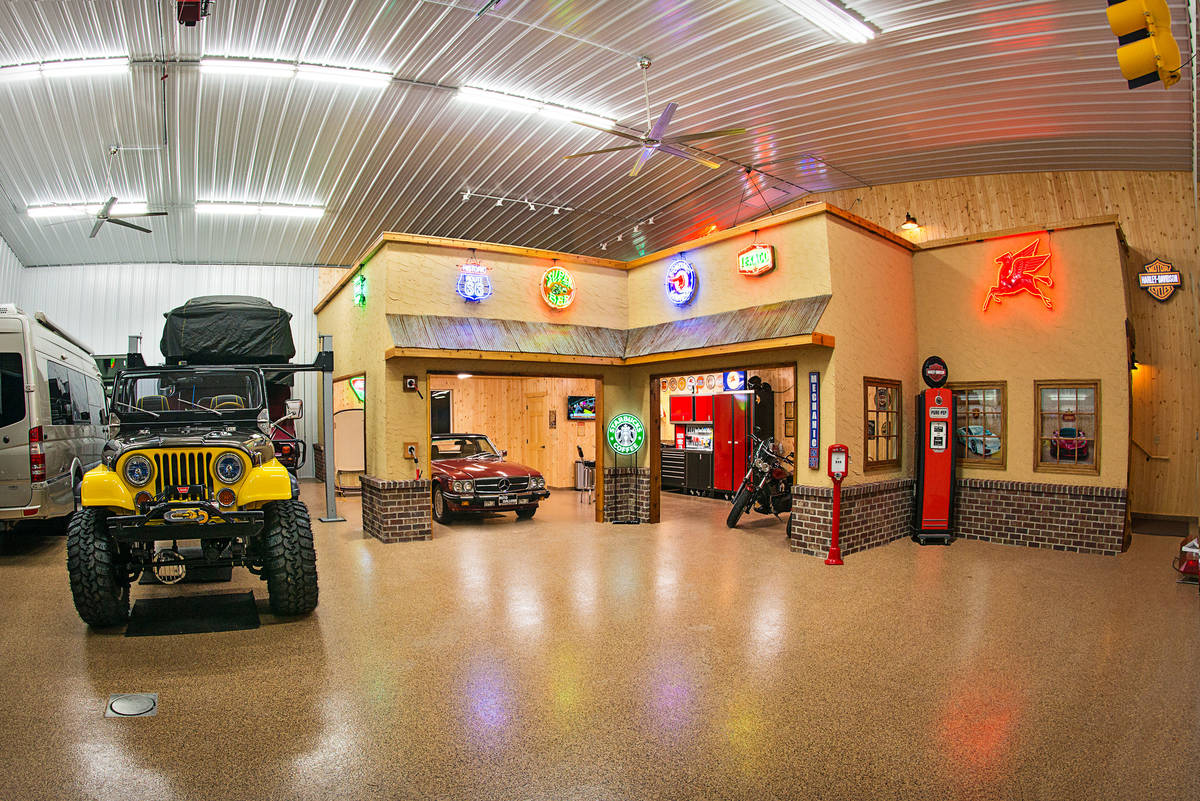 Dan Anderson Joe Bazey of Garage Solution Condominiums built a 2,500-square-foot unit for Steve Anderson and his brother, to store their cars. 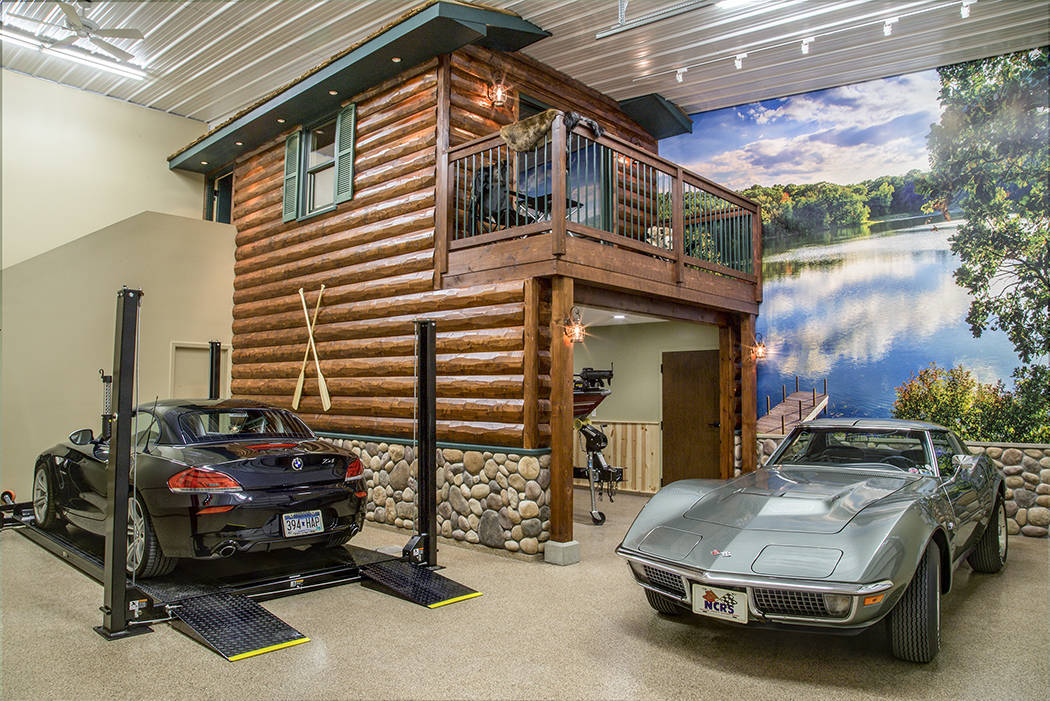 Joe Bazey This unit at Garage Solution Condominiums in Minnesota was designed by Dennis Felling for Bob Schroeder to house his cars and boat and have a cabin feel. 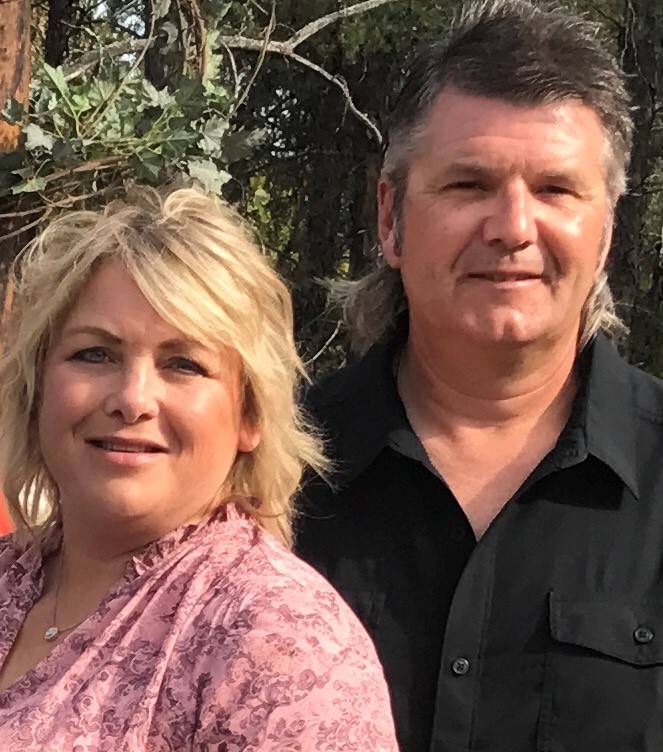 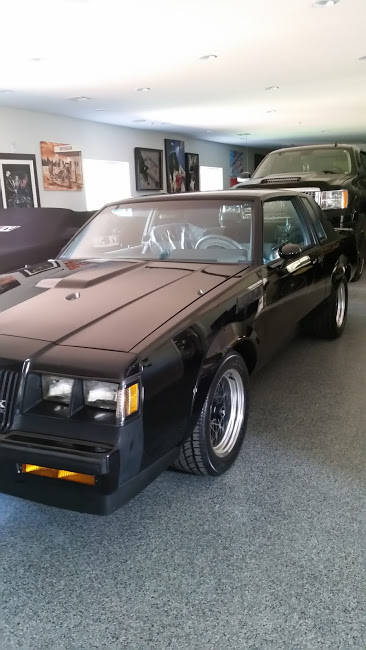 Needing to store his collection of vintage Camaros, Canadian businessman Allen Foster spent over a year looking for a property with enough space. (Allen Foster) 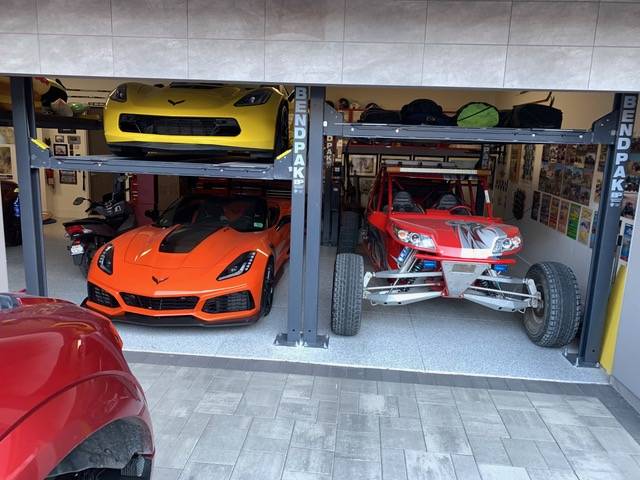 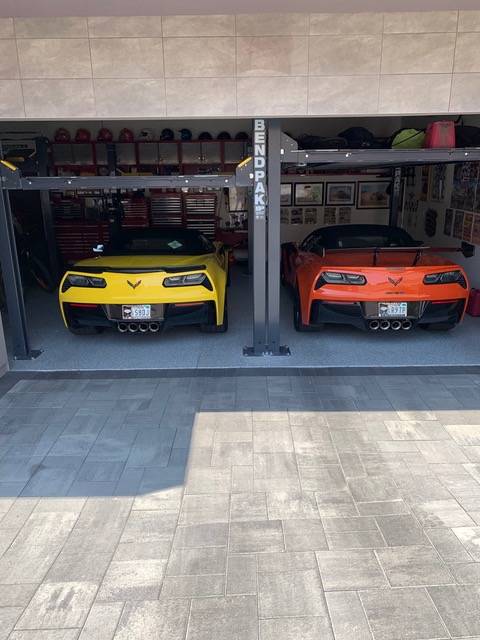 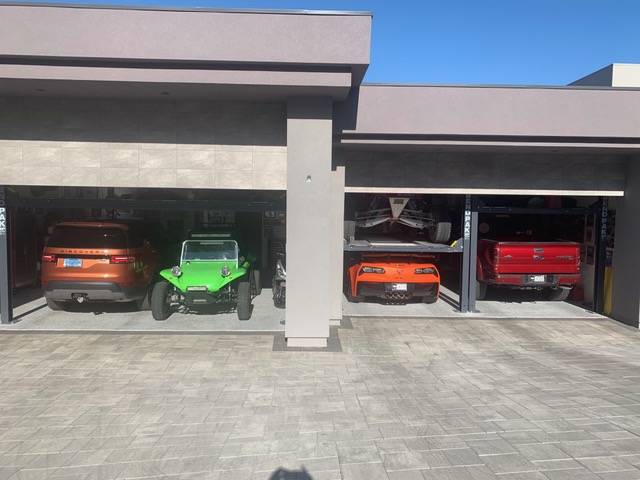 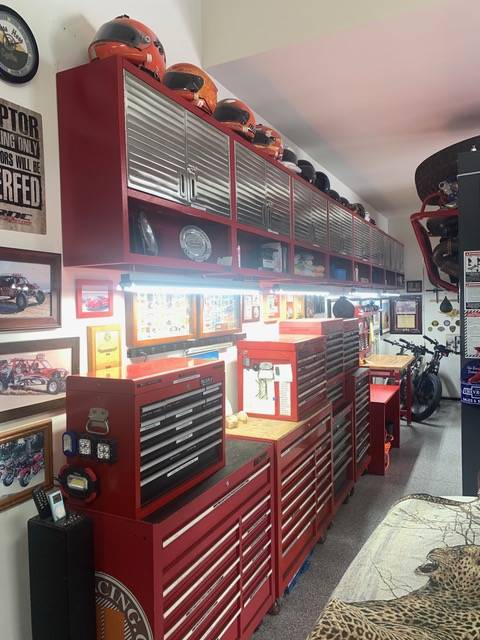 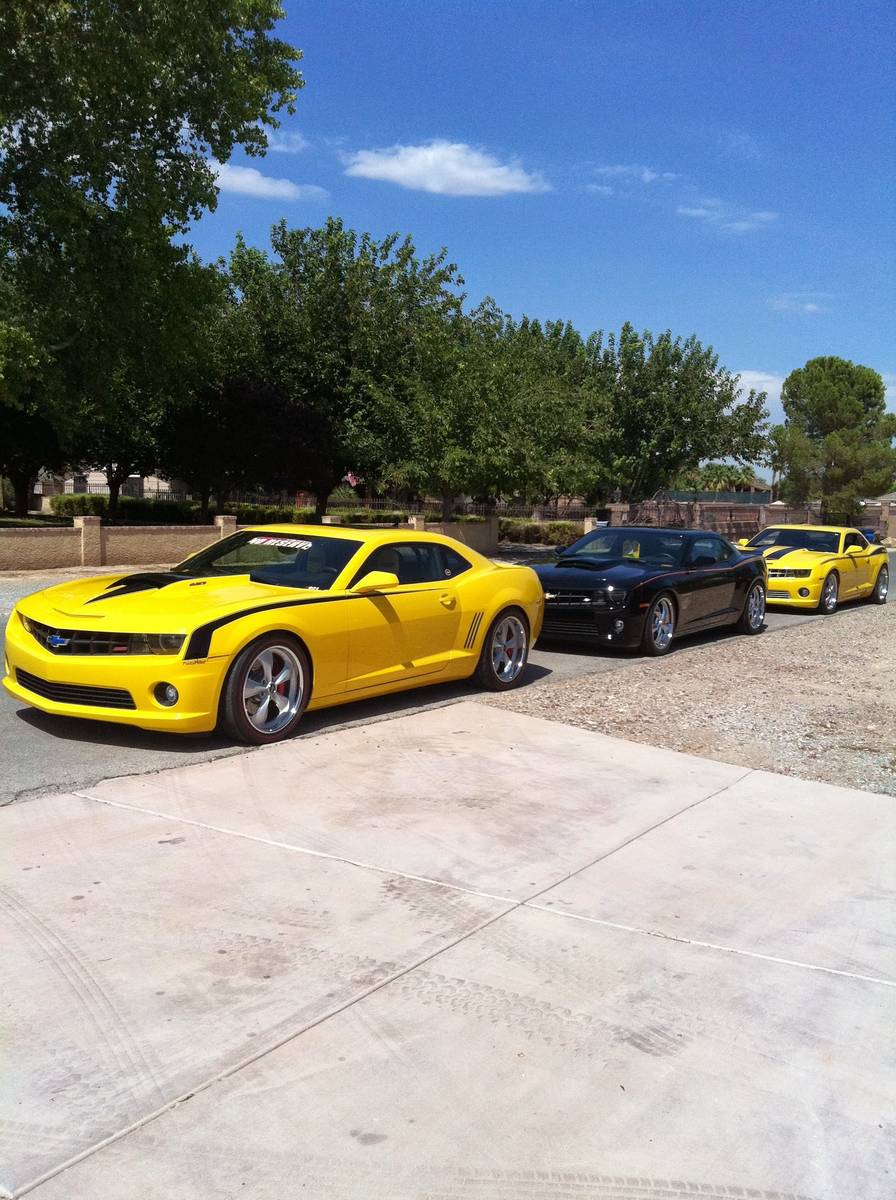 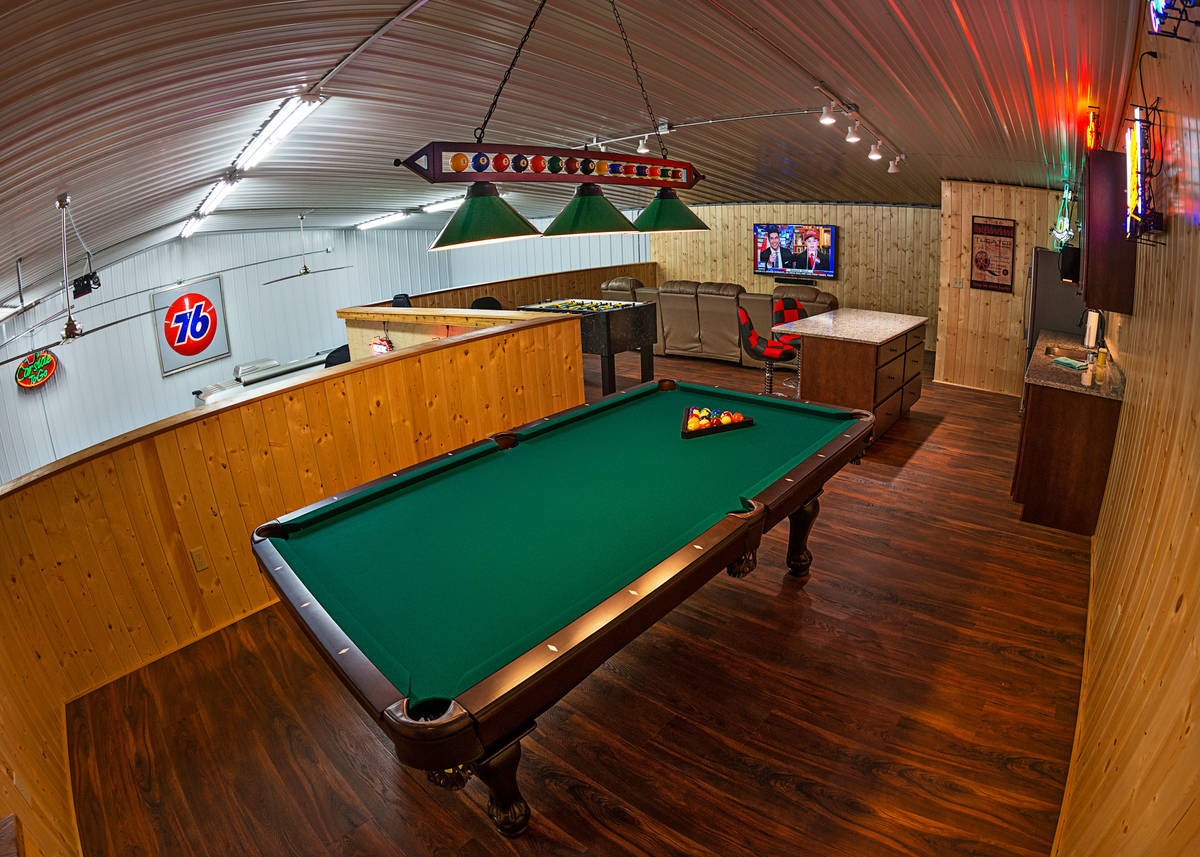 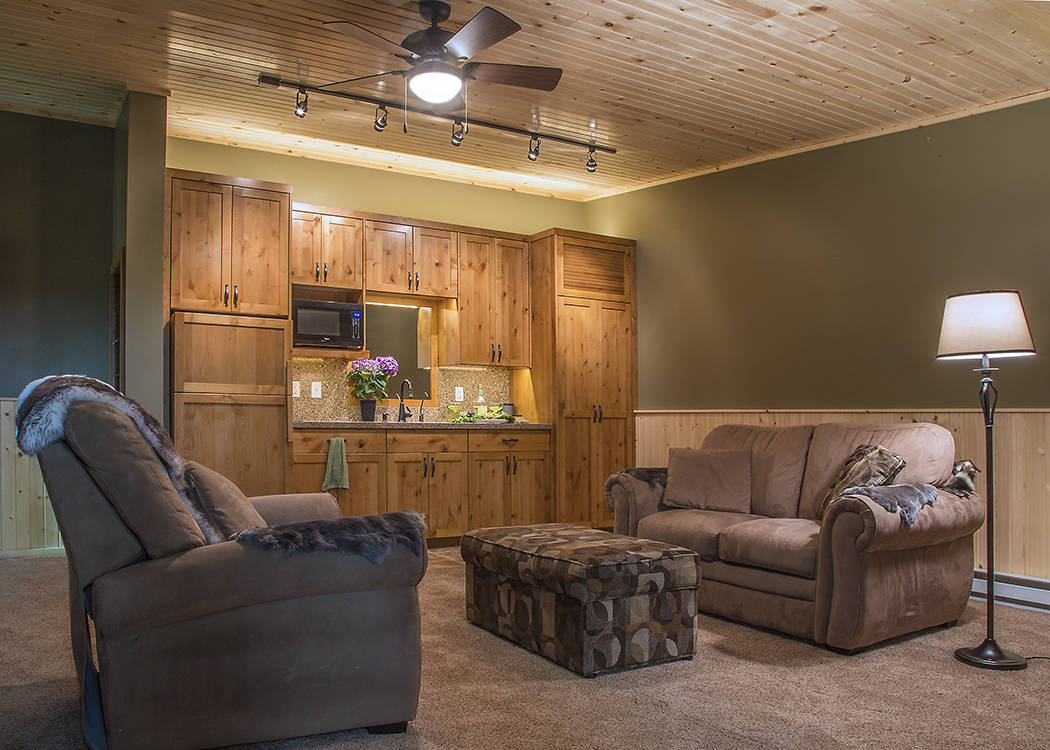 It is the one space in the home where they traditionally have dominion, not just on Father’s Day but all year long.

In the world of luxury, garages are no longer just a garage, the space becomes an extension of the man’s interests and personality. Car collectors, off-road enthusiasts and man-cavers reinvent the garage into custom showroom retreats to display luxury, restored, or custom vehicles.

“Buyers are turning them into full-blown rooms,” said Realtor Darin Marques, founder of the Darin Marques Group at Huntington & Ellis. “Sometimes, the garage is nicer than the interior of the home.

They’ve got their vintage car collectibles,” Marques added. “And on top of that, they may have a fully functional bar, big-screen television and sitting area to sit in the garage with their buddies, watch a game and enjoy their cars.”

Depending on design and amenities, Marques stated someone building a 4,000-square-foot garage could easily spend $750,000 to over a $1 million on the space. But, Marques noted, the added space may increase the value of the home.

The desire to showcase luxury cars is like an art collector displaying art. Architects, developers and individuals are crafting spaces to prominently display these valuable collections in creative, unique ways.

One example is Blue Heron’s Drift.

Developed for the car enthusiast, the custom home’s distinct architecture provides a backdrop to show off luxury vehicles without compromising on the overall extraordinary design.

“The home was designed to speak to an individual who loves an amazing driving experience,” said Blue Heron Senior product designer Logan Ziegler, “and is now looking for an incredible living experience.”

“The front garage offers a close-up view into the show garage where an optional turntable will slowly rotate a prized vehicle,” Ziegler said. “From within the home, the same show garage is aligned to the home’s main axis creating a focal point that is visible from across the entire home.”

A larger five-car garage and expansive motor court are located on the backside of the property. The home’s two garages provide a total of 1,900 square feet with space for seven luxury vehicles or six with the optional turntable.

“The displays of the automobiles are not particularly loud,” Ziegler said. “They are layered into the architecture and framed into the living experience. We did not want any moment to ever feel like you were looking into an open garage, but instead, more like a carefully framed photo.”

Ready-to-build starting at just under $6 million, Drift is available as part of Blue Heron’s Equinox II neighborhood in the exclusive MacDonald Highlands community.

The “most over-the-top garage” design Blue Heron’s team developed, according to Ziegler is for a racing enthusiast living near the Spring Mountain Motor Resort track in Pahrump.

“This design does not feature a single room without multiples views of the amazing car collection,” Ziegler said. “A four-story glass-car elevator is the central spine of the home, literally injecting the car into the middle of everyday life on each level.”

Yet to be built, the home’s walk-out basement, a racing workshop and additional car storage, connect directly to the track. The proposed design features large, shaded decks on the upper levels for race-day viewing events.

“I would say 50 percent of my clients want a larger garage,” Yanke said. “These are not first-time buyers. Most have built before so they know what they want.”

One challenge facing car collectors and enthusiasts in the Vegas luxury market is a lack of existing garage space. The average luxury home in the region only provides room for four cars.

Needing to store his collection of vintage Camaros, Canadian businessman Allen Foster spent over a year looking for a property with enough space. Foster’s inspiration to collect the Chevy muscle car came after he purchased a 1967 Nickey Camaro.

“Unless you’re going to get outside of Vegas, there wasn’t enough room,” Foster said. “A lot of them were like an RV (recreational vehicle) garage, taller and narrow. It was a fluke when we found the property we have now. I saw a for-sale sign on the property, introduced myself to the owner and bought it.”

Foster renovated a small casita on his 3-acre property into a 2,800-square-foot climate-controlled show garage complete with a man cave. The renovated space has room for eight vehicles.

“We took it down to the studs,” Foster said. “We moved one wall out 12 feet and built a 25-foot section on one end. We built a whole new car shop.”

Foster is currently selling the property located on Oquendo for just over $3 million through Darin Marques.

Mike Bilek approaches the lack of garage space by storing his collection on hydraulic lifts, doubling the amount of storage space in his four-car garage.

“We have a hanger in the Henderson airport,” Bilek said. “That’s where we keep the motor home, boat and a helicopter.”

Currently, he and his wife, Tracy, are finalizing details to custom build a 7,000-square-foot, 10-car garage home in MacDonald Highlands. The interior of the new home increased 500 square feet over their current residence, but the garage increased over 1,000 square feet to provide space for the vehicles stored off-site.

“It’s nice to have all the vehicles and toys at your house,” Bilek said. “So you don’t have to go get them out of a storage facility.”

Planned to be completed next year, the design features a lower garage spanning 50 feet deep to house his expansive motor home, which is accessed by a separate driveway. The upper six-car garage stores up to 12 vehicles with lifts.

A collector of Ford Mustangs, Joe Bazey is having a 7,600-square-foot home built in Roma Hills. The Blue Heron design boasts a 1,200-square-foot, six-car garage with a turntable display. The turntable will show off his 1969 Mach I.

The difficulty of finding quality garage space inspired Bazey to start Garage Solution Condominiums in Minnesota. Bazey sells individual customizable units located in a secure gated facility. The concept has been so successful he is considering expanding into the Vegas market.

“This is investing or building an asset versus paying rent,” Bazey said. “There are also benefits of controlling the space, pride in ownership and the opportunity of creating a community.”

Purchased as a gray shell, the turnkey units are either designed with a standard finish or can be built out to the owner’s specifications. Each unit features high ceilings, 16-foot-by-14-foot insulated steel garage door, electrical outlets, lighting, running water with a floor drain and wired for security/internet.

Several clients engaged Bazey to personalize their units. He has added a second-level mezzanine for entertaining, game area, or additional storage.

“The main level in many units is used as showroom display,” Bazey said. “Or workspace for vehicles and toys.”