Skip to content
Sign up for our newsletter
section-ads_high_impact_1
By Jeffrey Meehan Special to the Las Vegas Business Press
July 13, 2015 - 3:00 am 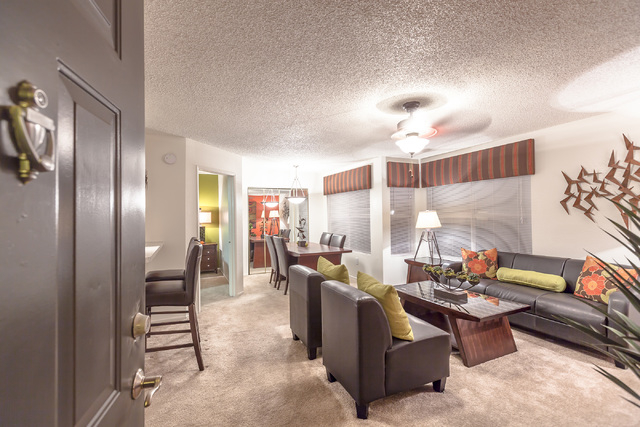 Some Las Vegas apartment communities might get an upgrade this year, thanks to an aggressive investor that’s creating a ripple in the local market.

TruAmerica Multifamily, a California-based investment firm, is looking for its next move in Las Vegas’ multifamily sector.

“Our hope is to expand our holdings in Vegas this year,” said Noah Hochman, senior managing director, acquisitions and investor relations.

The company entered the Las Vegas market with a splash, buying Solis at Flamingo — a 524-unit complex near the corner of Pecos and Flamingo roads on Las Vegas’ east side.

TruAmerica acquired the property in an off-market purchase from Alliance Residential for $50.5 million.

TruAmerica has operated since June 2013 and targets properties in the western United States.

Hochman said TruAmerica has done a lot of work in the Pacific Northwest and Southern California.

That all changed in 2015 with TruAmerica’s expansion to Salt Lake City, Las Vegas and Portland, Ore.

Since its inception, the company has acquired around 8,000 units, said Hochman. And the portfolio now stands around $1.8 billion.

TruAmerica is a partnership between The Guardian Life Insurance Co. and Robert E. Hart, an investor.

Hart, TruAmerica’s president and CEO, has been in the multifamily industry for 28 years. He has been involved in more than $6 billion in acquisitions in the United States and Japan.

Solis matched the criteria TruAmerica seeks in a purchase.

“I think the profile there was very similar to what we look for which is a late ’80’s early ’90s product that needed some capital to make it more competitive in the marketplace,” said Hochman.

“Most of our properties, we focus on the workforce housing segment of the market,” Hochman said. “These are typically people that rent by necessity as opposed to the demographics of newer construction — (high end) properties — that are rent-by-choice.”

Hochman said TruAmerica is sensitive to incomes when they take over a property.

“We try to update and renovate properties and try to raise the rents by $100 to $125 dollars,” Hochman said. “We feel that by updating the interiors and improving the amenities at the property, residents are usually very happy to spend a little more because they feel like there’s a pride of ownership and they’re getting a lot more value for that additional money they’re spending.”

Updates for Solis will cost more than $5 million and will include interiors and maintenance. There are also plans to enhance the clubhouse and other amenities at the property, Hochman said.

Hochman said TruAmerica moved Las Vegas up on its target list because the city is starting to recover.

“Las Vegas was always a target, but we decided to prioritize in 2015 as we begin to see the recovery take hold,” Hochman said.

The numbers show TruAmerica’s timing for Las Vegas is opportune.