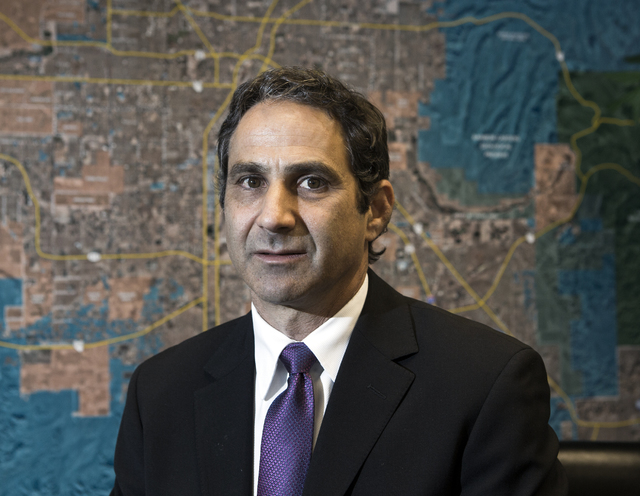 The Las Vegas multifamily market is the biggest bargain out of the top 20 cities across the country but leads the nation in rental rate increases, a January report by AppFolio shows.

AppFolio commissioned Axiometrics, an independent rental research company, to produce the study. Axiometrics provided the average monthly rent and effective rent growth for the top 20 most popular metropolitan areas in the United States.

In affordability, Indianapolis ranked second nationally; apartment dwellers paid an average of 21 percent of their income for rent. Behind Indianapolis was Phoenix at 22 percent and Atlanta; Austin, Texas; and Raleigh, North Carolina, all tied at 23 percent.

Including Las Vegas, three of the most affordable cities also had the fastest-growing rental rates from December 2015 to December 2016: Las Vegas had a 6.4 percent increase, Phoenix grew by 5.4 percent and Atlanta grew by 4.7 percent.

The country’s most expensive cities for rentals were New York, Miami, Los Angeles and San Francisco, with apartment dwellers paying 58, 54, 47 and 46 percent, respectively, of their average monthly income toward rent.

Axiometrics data show that the number of people nationwide putting more than 50 percent of monthly income toward rent is expected to increase to 16 million by 2025.

The 23,716-square-foot building sold for $7.45 million, according to CoStar.com; the new owners plan to add a small-scale emergency room.

NAIOP Southern Nevada names 2017 board of directors and officers

NAIOP Southern Nevada, the local chapter of NAIOP — the Commercial Real Estate Development Association, named its 2017 board of directors and officers.

HomeAid Southern Nevada, the charitable arm of the Southern Nevada Home Builders Association, is finishing up the expansion of the kitchen at U.S. VETS at 525 E. Bonanza Road in Las Vegas.

The $460,000 project began in November. The time, labor and supplies came from the valley’s home builders and their partners in related industries. The kitchen is expected to open in mid-February and an official grand opening will occur in March, HomeAid said in a statement.

The renovation and expansion included adding 1,000 square feet to the kitchen and installing a walk-in refrigerator, walk-in food storage area and commercial oven and cooktop. The added space is wheelchair accessible.

Credit One Bank, The Home Depot Foundation and Bank of America and ChoiceCenter Leadership University contributed money and aid to the projects. The builder captain on the project was Woodside Homes of Nevada.