Skip to content
Sign up for our newsletter
section-ads_high_impact_1
By BUCK WARGO SPECIAL TO LAS VEGAS BUSINESS PRESS
April 24, 2017 - 12:09 am 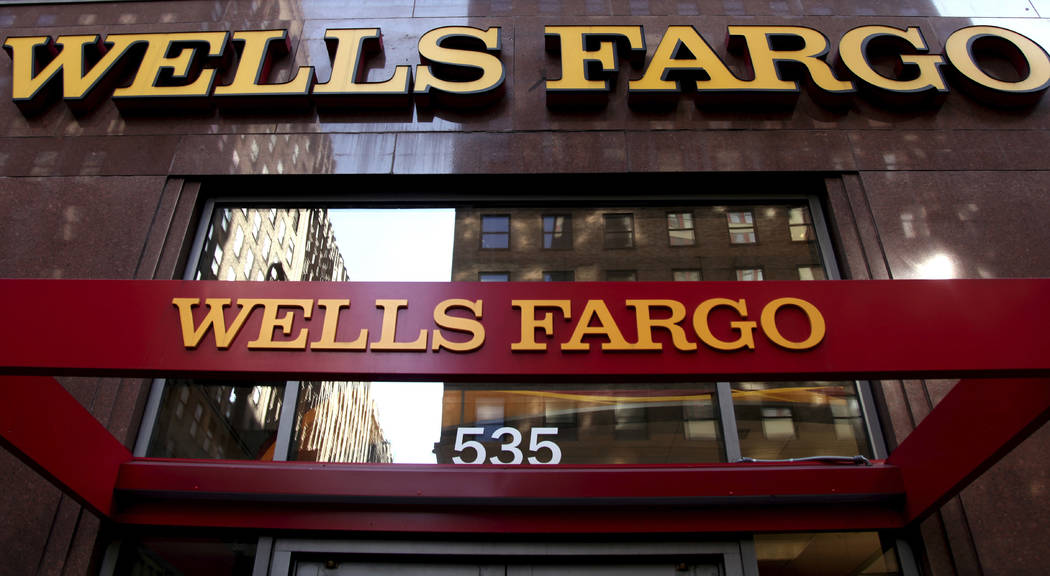 In this May 6, 2012, file photo, a Wells Fargo sign is displayed at a branch in New York. The San Francisco-based bank has extended its general banking agreement with the state of Nevada. (AP Photo/CX Matiash)

Wells Fargo &Co. has announced the state of Nevada has extended its general banking agreement with the financial institution until 2021.

The deal, which was approved by the Nevada Board of Examiners, allows for a two-year renewal option. San Francisco-based Wells Fargo has provided the state’s general banking services — depository, payments and disbursements — since April 2013.

“It’s a very important piece for us,” said Perry Pelos, head of Wells Fargo Wholesale Banking. “You think of the size of the state of Nevada and the importance, and you think about the number of people in the state. The size of the contract would be like getting one for a big company. Those are important, sizable deals.”

Wells Fargo provides general banking services for a number of states, Pelos said. It helps states process payments for paying employees and other expenses and for dispersing taxes, for example, he said. It also backs up bond offerings when the state issues bonds for pay for highways or other specific infrastructure projects.

“The bond has a bank backed up to it in case something happens and the state or state entity can’t make those payments,” Pelos said. “The bank would stand behind it like a guarantor — a letter of credit, and we would get a fee for that for taking that risk on.”

That helps the state and its entities borrow at lower interest rates because of the bank’s backing behind the bond and thus lower risk, Pelos said.

The state treasurer’s office not only raises funds for Nevada but ensures the state remains solvent and payments are made according to the law, Pelos said.

“We’re going to be facilitating the state in doing that,” Pelos said. “You can imagine a state the size of Nevada — it’s pretty large and complex and a lot of payments made, and we help them keep track of several accounts.”

States negotiate with financial institutions on a regular basis about the fees they’re going to provide for the services at the best price, Pelos said. They tend to stick to one institution for that service to improve efficiencies and get a better rate, he said.

“We gave them a deal. They thought it was nice and took it,” Pelos said.

In addition to general banking services, a state has agreements with various financial institutions to provide other services as well, Pelos said.

Wells officials said they have helped the state during their tenure to provide general banking services.

Teams from Wells Fargo Government Banking and Treasury Management have collaborated with the state over the past five years to reduce costs in services such as lock boxes and electronic receivables. Together, they have accelerated collections through remote deposit for the majority of Nevada state agencies and departments, according to Gabriel Boehmer, senior vice president/communications manager.

Additional efficiencies have flowed from the state’s use of Wells Fargo’s online corporate and institutional banking platform, Commercial Electronic Office, for returned item reports. Most recently, Wells Fargo has sped up deposits of the state’s credit card transactions by at least one day, Boehmer said.

“Nevada’s relationship with Wells Fargo has produced significant operational savings and improved efficiency since we began working with the Treasurer’s Office in 2013,” said Nevada State Treasurer Dan Schwartz in a statement released through Wells Fargo. “Those results, coupled with Wells Fargo’s continuing, positive impact as a corporate citizen in Nevada, have built our trust in the bank.”

Since last fall, states such as Nevada have come under fire for their relationships with Wells Fargo after it was mired in scandal when some of its employees opened accounts without their customers’ knowledge. It’s paying a $185 million fine to the U.S. government, and several states, including California, suspended or severed ties with the bank.

Wells Fargo and the state have had a relationship since 1864, when Wells was doing business in Virginia City, Boehmer said.

“It has been a long relationship and, like any relationship, there are years you do more and years you do less together,” Pelos said. “We’re thrilled because we’ve been doing business with the state for 100 years. As the world knows, nobody’s perfect, and we’re far from it, but we’re working really hard to earn the business every day.”

Wells didn’t immediately provide the revenue it earns for providing the banking services for Nevada.

“I’m unable to give you the actual revenue figure. However, I can tell you that the state of Nevada is considered as a major relationship with all of Wells Fargo. It’s one of our biggest relationships in the entire state,” Boehmer said.