Skip to content
Sign up for our newsletter
section-ads_high_impact_1
By JEFFREY MEEHAN LAS VEGAS BUSINESS PRESS
May 15, 2017 - 12:13 am 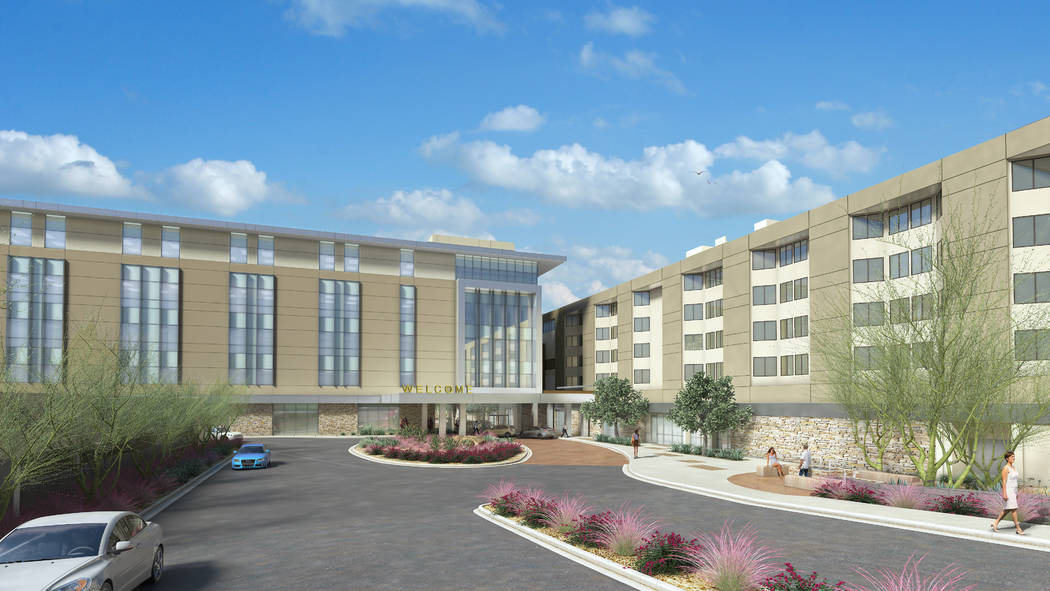 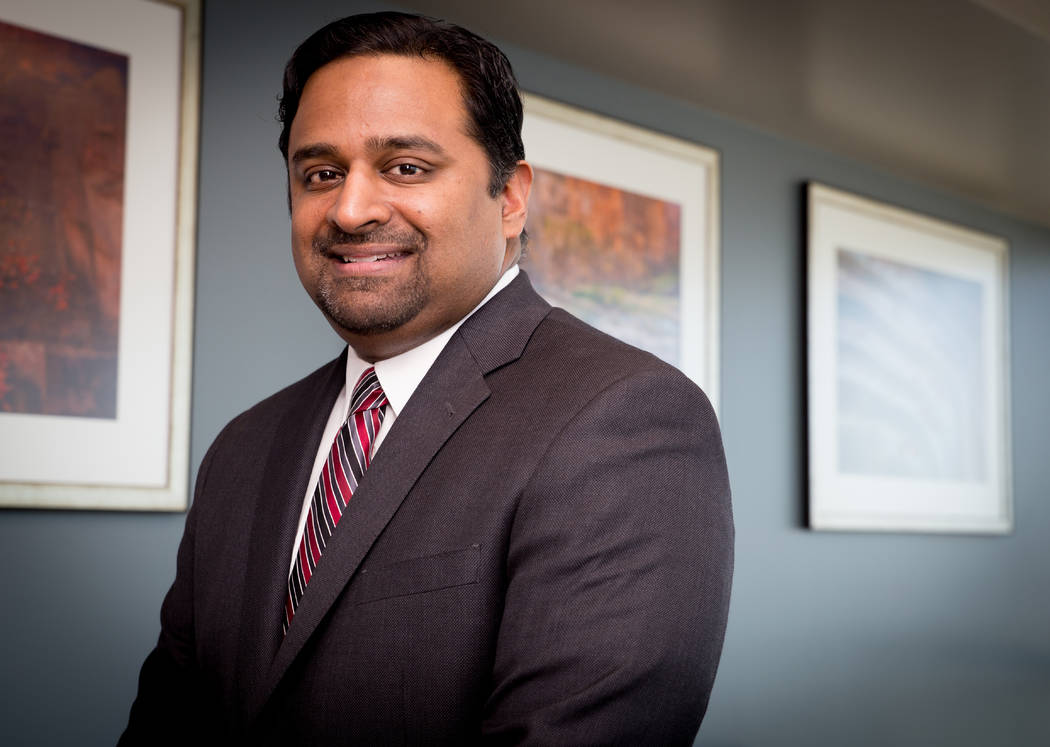 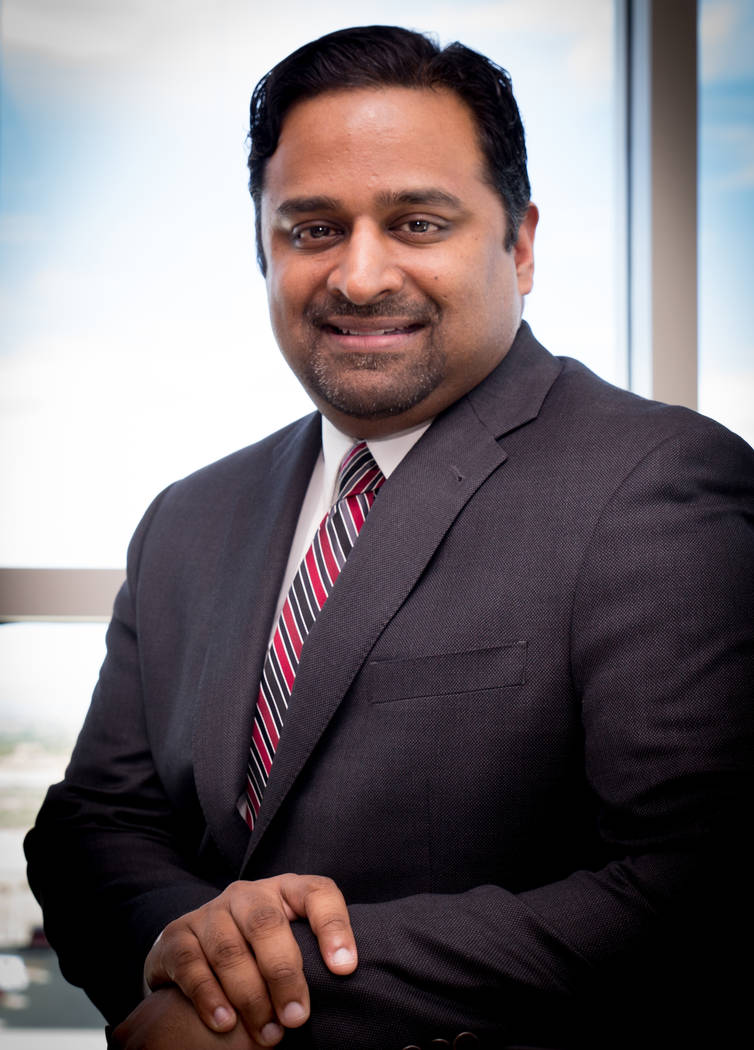 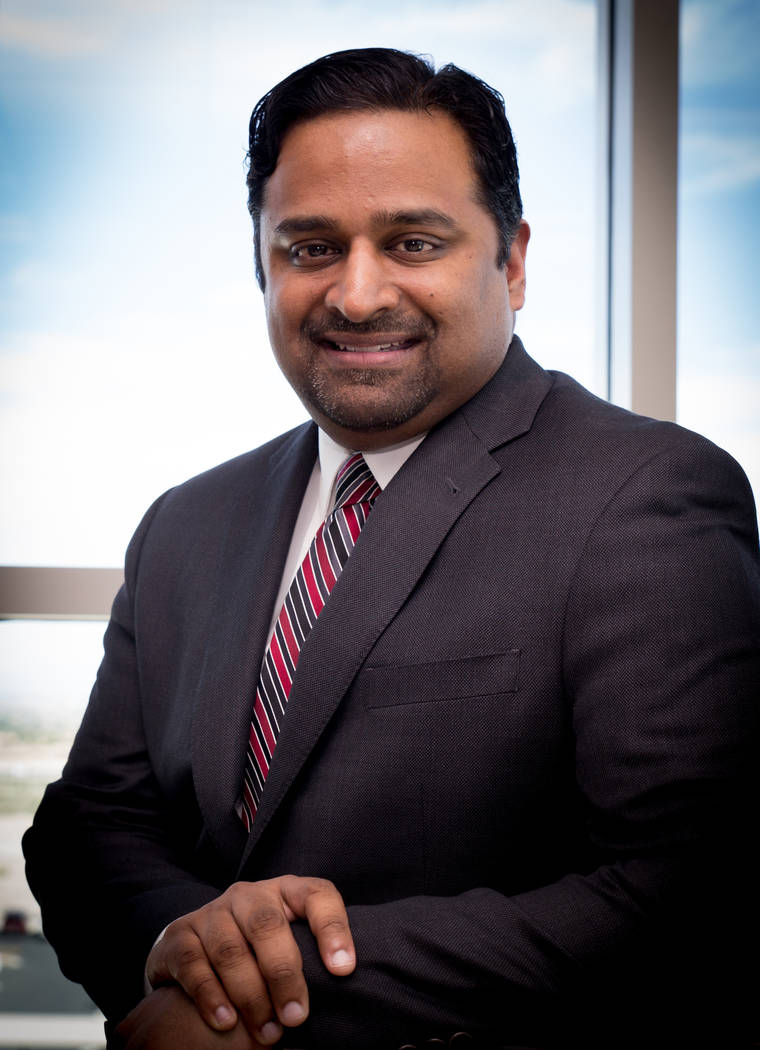 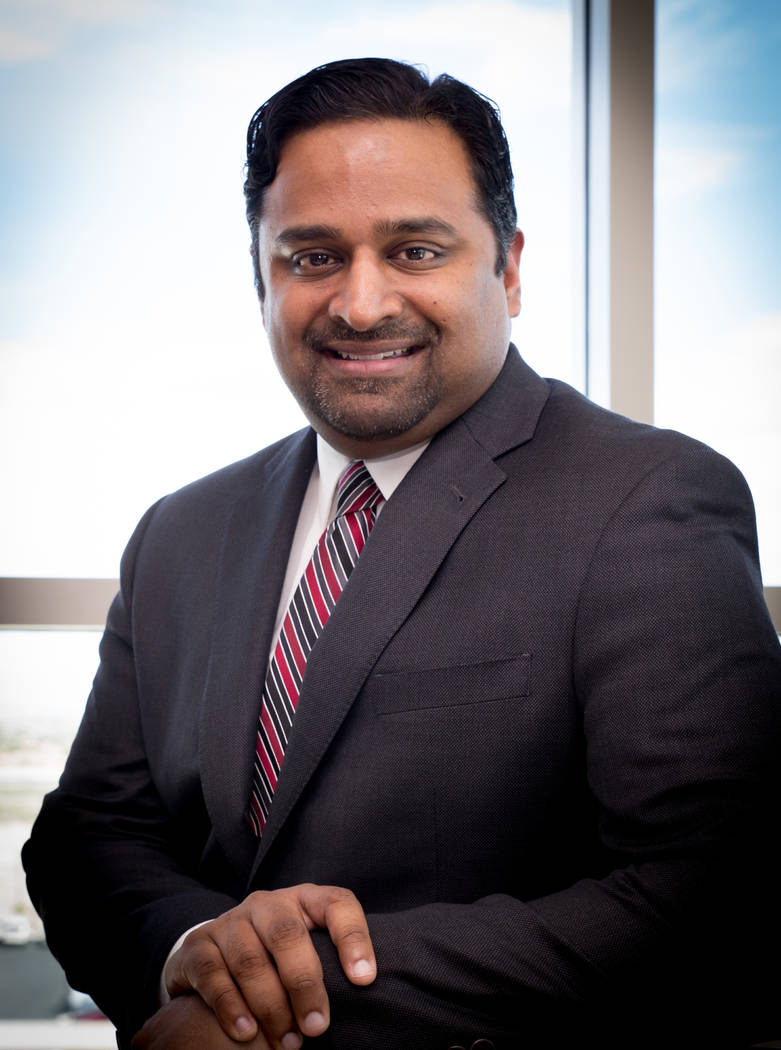 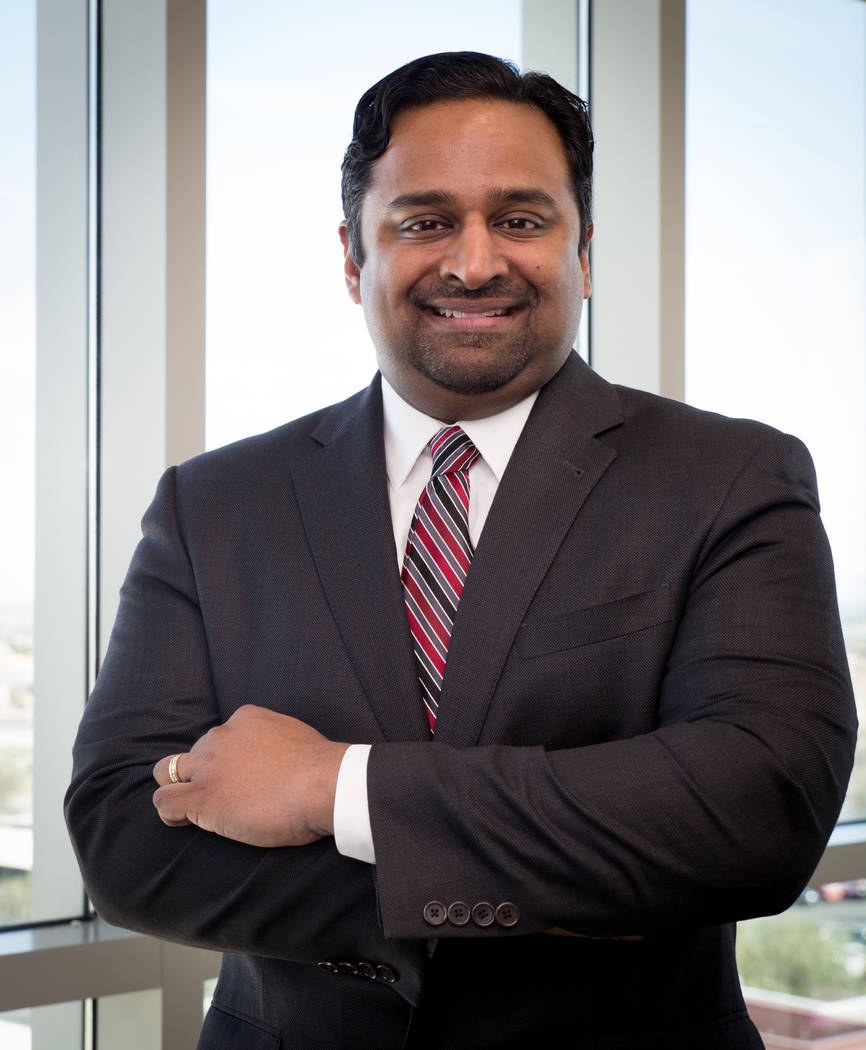 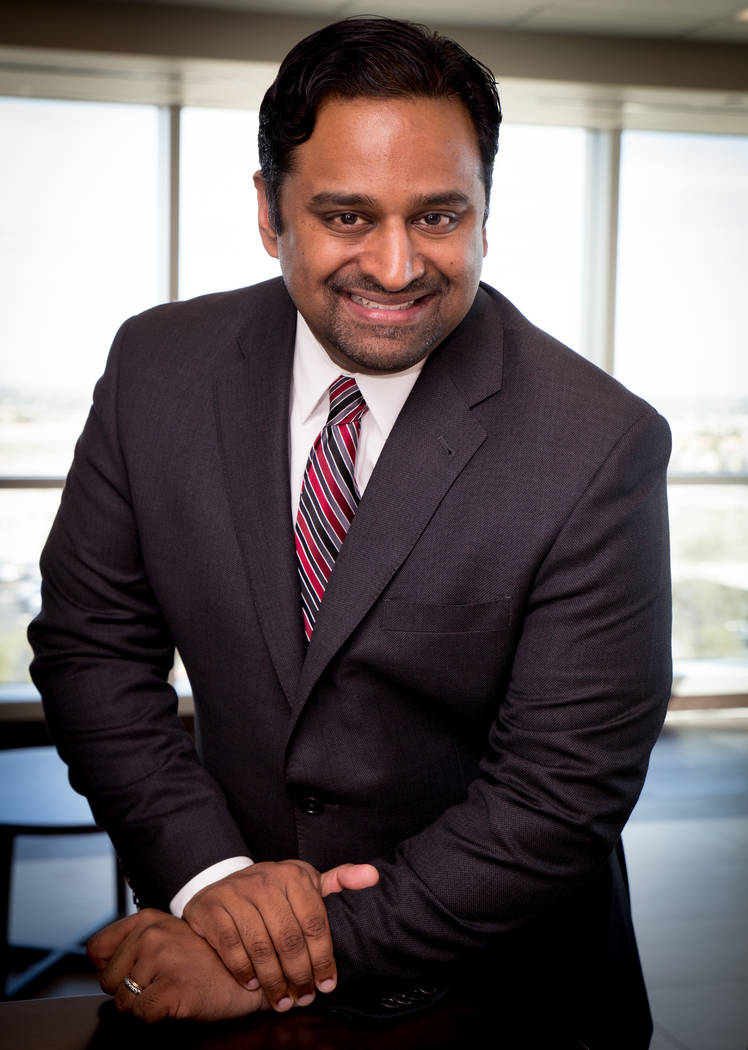 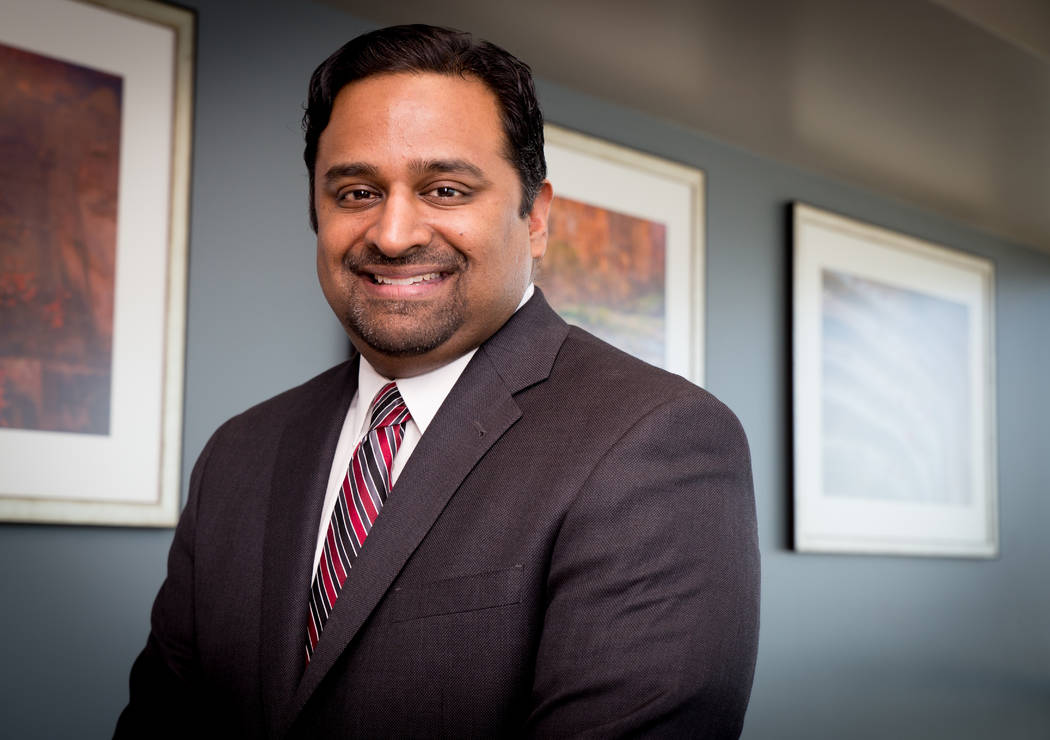 Several of the valley’s acute care hospitals have undergone or are planning millions of dollars in expansions on their main campuses, some in response to the growing population in the valley and an increase in the number of insured people in the state. At the same time, Congress is working on a major overhaul of the Affordable Care Act.

The valley has 14 major adult and pediatric acute care hospitals under four major ownerships. Two in the northwest valley, Valley Health System’s Summerlin Hospital and Centennial Hills Hospital Medical Center, are going through multimillion-dollar expansions on their campuses. In addition, Sunrise Hospital, in the central valley, is planning a new tower on its campus near Desert Inn Road and Maryland Parkway.

Sunrise Health System, which has four acute-care hospitals in the area, has built a freestanding emergency department. Dignity Health, which owns and operates the three St. Rose Dominican hospitals, will complete one of four planned smaller acute-care facilities, known as microhospitals or neighborhood hospitals, in June in North Las Vegas. The others are scheduled to be completed in the next year.

“As Las Vegas has grown, the needs of the community have grown,” said Sajit Pullarkat, CEO and managing director at Centennial Hills Hospital Medical Center, about the completion of work on the third and fourth floor of the campuses’ eight-story tower.

“We’ve seen a lot of growth here in kind of the Centennial Hills, Aliante and North Las Vegas area. With that, we want to make sure that we can keep up and grow with that community need.”

From a population standpoint, the Las Vegas Valley is growing and will continue to grow in the future.

A report prepared by Jeff Hardcastle, the state demographer, estimated Clark County’s population could reach just over 2.4 million by 2035, with an estimated increase of 319,501 or an average annual growth rate of 0.7 percent. The county’s population in 2015 was estimated at 2,118,353, according to the report.

This increase forecast is based on several additional factors, including the Faraday Future electric car manufacturing facility being built at Apex Industrial Park. This project has hit some financial roadblocks, and its future is unclear.

Centennial Hills Hospital, which sits just northeast of the 215 Beltway and North Durango Drive, now has a total of 250 patient beds, adding 60 new patient rooms during the $18 million expansion project. The third floor was completed in October, with the fourth floor coming online in April.

Centennial Hills opened in 2008 with 165 beds and is one of six acute care hospitals in Las Vegas run by the Valley Health System, which is owned and operated by a subsidiary of Universal Health Services Inc.

One of Valley Health System’s newest hospitals is the 130-bed Henderson Hospital near U.S. Highway 95 and Galleria Drive. The facility was completed in the fourth quarter of 2016.

Pullarkat said growth has occurred for a number of reasons, an increase in emergency room visits being one, but also many patients are coming in for advanced surgery, particularly in the orthopedic and spine area.

“We constantly look at what the community is needing the most from a volume standpoint,” Pullarkat said.

Pullarkat said the area surrounding Centennial Hills Hospital is a major area for growth, with several master-planned communities being developed or planned.

One of those communities is Skye Canyon, a 9,000-home community planned at U.S. 95 and Sky Canyon Park Drive, which broke ground in mid-2015 and is actively selling. Also, about 8,600 homes are planned for Tule Springs, a 1,700-acre housing development in the North Las Vegas area.

And just east of Centennial is the Aliante area, along with Providence and several track-home developments 50 to 100 units in size, Pullarkat said.

The Centennial campus is ready for the future of growth. Pullarkat said there is room for another patient tower at the campus, which was part of the original master plan, he said.

Pullarkat said plans for that are flexible at this point and will be based on growth.

Just south of Centennial Hills, Summerlin Hospital will undergo a $16 million capital improvement project to expand and renovate multiple areas of the facility.

The 454-bed acute care hospital will see an addition of 36 medical-surgical beds, bringing the total capacity to 490 beds. The project will expand the hospital’s Birthplace at Summerlin Hospital — in its maternal triage area — along with increasing its newborn nursery capacity.

The last expansion at Summerlin Hospital was completed in 2009.

On the other side of town, Sunrise Hospital and Medical Center is planning a five-story, 180,000-square-foot tower on its campus at 3186 S. Maryland Parkway in response to increased demand for emergency services in the local and regional area. The growth in the number of insured patients due to the Affordable Care Act’s expansion of Medicaid was also a factor.

“Sunrise Hospital and Sunrise Children’s Hospital have grown significantly over the past 60 years — just the increased demand in the community for emergency medical services or acute tertiary-level services, and really within the region, because we serve patients from Northern Arizona and Southern Utah, Eastern California and the rest of the market and really the state,” said Alan Keesee, chief operating officer at Sunrise Hospital and Medical Center.

Demand has also increased because of the expansion of Medicaid in Nevada approved by Gov. Brian Sandoval, an increase heading toward 300,000 new insured patients statewide. Keesee said he has noticed an uptick in the number of patients visiting Sunrise Hospital since that time.

“It’s really accelerated in the last three years after the expansion of Medicaid in Nevada — after the Affordable Care Act, it increased the number of insured,” Keesee said.

“I can’t give you exact numbers, but we’ve had double-digit increases in the last year here,” Keesee said.

The number of Medicaid patients could be reduced if federal regulators pass the American Healcare Act, a bill meant to replace the ACA. The measure passed the U.S. House of Representatives in early May.

Under that legislation, the Medicaid expansion would be phased out, and tax credits would be cut.

This is one area where Nevada’s members of the U.S. Senate see as a point of contention.

“I want to repeal Obamacare in a way that benefits Nevadans, but I think that the current bill falls short,” said U.S. Sen. Dean Heller, R-Nev., in a written statement. “I will not support it in its current form in the Senate, and am confident that what the Senate considers and approves will be different from the House bill. We cannot pull the rug out from under states like Nevada that expanded Medicaid and we need assurances that people with pre-existing conditions will be protected.”

Heller added that he would continue to look for solutions to bring lower-cost insurance and increase choices for Nevadans.

Nevada is one of 31 states that expanded Medicaid under the ACA.

The legislation passed in the House has moved to the U.S. Senate’s court, which is expected to make significant changes.

Despite unrest in Washington, D.C., the hospital building continues in the Las Vegas Valley.

Work is scheduled to start around the first part of 2018 on Sunrise Hospital’s 180,000-square-foot tower, with completion planned for 12-14 months from that point. Keesee said the building should be completed sometime in the second quarter of 2019.

The new tower at Sunrise’s campus will contain a 77-bay emergency room on the first floor. It also will add 36 intensive care unit beds to the second floor and 36 medical-surgical beds to the third floor.

In total, there will be 72 beds brought online in the tower — all rooms are planned as private rooms. The hospital’s total bed count will move from 690 to 762 with the expansion.

For now, the fourth and fifth floors are being built as shelled floors, in anticipation of future growth.

Keesee said there is also plans for upgrades in its existing campus. As part of the renovation work, Sunrise will be adding a 14-bed pediatric cardiovascular intensive care unit, he added.