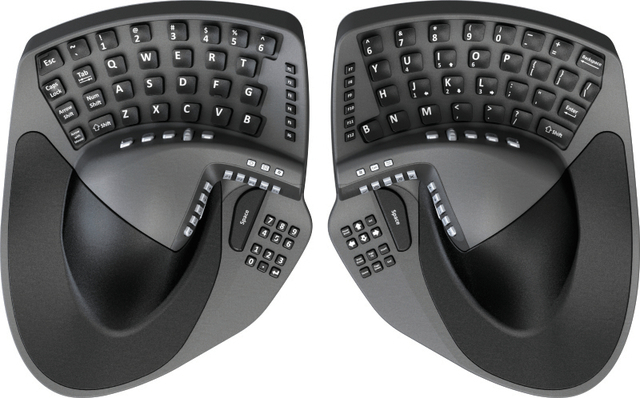 As Microsoft employees flocked to Las Vegas for the International Consumer Electronics Show this month, the company hosted a bash complete with food, music and dancing.

According to Business Insider, the shindig was at Hakkasan nightclub inside MGM Grand featured a performance by Tiesto, a Dutch DJ and record producer.

Geekwire also reported that attendees paid as much as $300 per person to get into the party.

Although the dance floor was reportedly packed, there was one complaint: There weren’t enough women.

That’s not a new theme for the tech industry, which has been battered recently for its lack of diversity.

A Google study released in June surveyed 1,600 men and women about computer science. Results showed that many girls haven’t been taught what computer science actually is and are half as likely to be encouraged to study it.

Some of the words females surveyed used to describe computer science were “boring” and “difficult.”

Maybe Microsoft should spend its money on promoting computer science to females instead of on a bro-fest.

Brothers Heber and James Allred are seeking funding on Kickstarter to develop KeyMouse, a combined keyboard and mouse that is separated for each hand.

“Many people spend a lot of time at the computer and they’re constantly switching back and forth between their mouse and keyboard,” James said. “We’re hoping to eliminate the need to switch.”

James said he and his brother are former Las Vegans who live in Utah. They have been working together in the computer software industry for eight years and are about to embark on their first hardware project.

“Heber developed the idea for KeyMouse about seven years ago,” James said. “He was constantly moving his hands back and forth between keyboard and mouse and felt there had to be a way to solve the problem.”

Shortly after the idea was born, the Allred brothers made their first prototype by mounting a mouse under a keyboard, however, it was too bulky.

“The idea later dawned on us to split the keyboard so we split it into two devices, which is more manageable and comfortable,” James said.

After discovering a good fit and feel for each hand, James and Heber hired a California-based engineering and design firm to develop the prototype.

“We made different hand sizes to come up with the correct shape and design that would be comfortable for most hands,” James said.

At CES, thousands of people tested KeyMouse and supplied feedback.

“The plan from here is to make some changes and then take it to production,” James said. “Anything to make using a computer more comfortable is definitely something people are interested in.”

But that’s just part of the grand plan.

Pieology founder Carl Chang, a former Henderson resident, said the company operates 55 franchised locations across the country and is scheduled to open nearly 200 franchises in 2015. He said Pieology has 500 commitments for future locations.

“I never dreamed it would become what it’s become,” Chang said. “We aim to create an environment that’s inspiring to others and I hope we can share it on a larger scale now.”

The Summerlin franchisee is doing its part.

“We are thrilled to bring the unique Pieology dining experience to the Summerlin community,” Dan Abfalter, Pieology Summerlin franchisee, said in a statement. “Whether visiting with family, friends or just grabbing a quick bite on your own, guests can envision their perfect pizza and then personalize it with our signature sauces and toppings, while having fun in the process.”

Chang believes in his formula for success.

“We’re very involved with our franchisees because we want them to be successful,” he said. “We want to steer the brand so it can be around for many decades as opposed to having a smoking gun against our heads and exit in three years. We look for true partners who want to grow the business.”

“We invest in the infrastructure and the process and provide information, education and support to all of our franchisees,” he said. “We want them to succeed and grow their business so we have a successful partnership for many years.”

Pieology’s offerings, Chang said, are what set the company apart from other pizzerias out there.

“We use our own proprietary flour and we make everything fresh in-house every day,” he said. “We serve an 11 ½ inch pie to our customers and allow them to create their own pie, which they’re able to enjoy in less than five minutes.”