Skip to content
Sign up for our newsletter
section-ads_high_impact_1
By JON SIERUGA LAS VEGAS BUSINESS PRESS
March 21, 2016 - 3:00 am 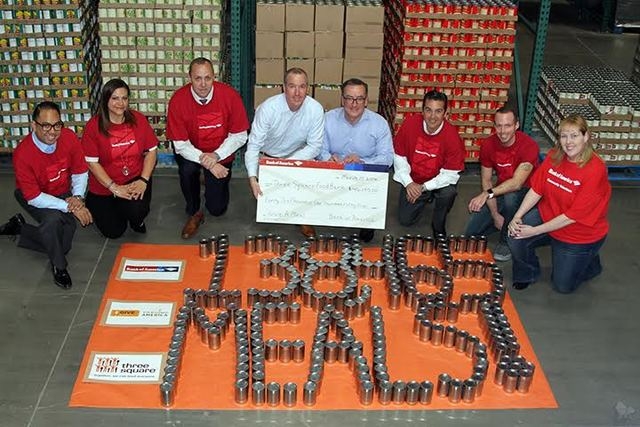 Through its literacy program, Reading is The Way Up, City National Bank and Barnes & Noble donated more than $25,000 in new books and cash to the Assistance League Las Vegas and its Operation School program as part of the eighth annual Holiday Book Drive.

Since the inception of City National’s literacy program in 2002, the bank has donated more than 400,000 new books to schools and nonprofit groups, and over $1 million in literacy grants.

The Las Vegas Philharmonic and Cox Communications presented checks to the winner, Kelsea Au, and runner-up, Erika Dalton, of the 2015 Cox Communications Young Artists’ Concerto Competition at Reynolds Hall at The Smith Center on March 5.

Au received a $2,000 cash prize and had the opportunity to perform as soloist in all 10 performances of the Las Vegas Philharmonic’s Youth Concert Series in November and January. Dalton received a $1,000 in cash to use toward her music education.

The competition has been a key component of the orchestra’s education and community outreach since 1999. The Las Vegas Philharmonic’s free annual Youth Concert Series has reached 180,000 school children.

The Nevada Barbecue Association will present the second annual Las Vegas Championship RibFest 2016 June 4 at Bass Pro Shop-Outdoor World. A portion of all ticket and sample sales will benefit the Boys & Girls Clubs of Southern Nevada.

The event, running from 11 a.m. to 5:30 p.m. is open to the public. Competitors and vendors will provide barbecue items including rib plates, pulled pork sandwiches and brisket dinners. Admission and parking are free with sample ticket packages for sale on-site.

For information on becoming a sponsor, visit nvbbq.org or email Barry Greer at barrysgr@gmail.com.

Executive chefs to collaborate on menu

Create a Change Now and the Reset Project enlisted some of Las Vegas’ top executive chefs to design a special menu for its Inspire.Challenge.Engage dinner March 10 at Booker Elementary School.

Aid for AIDS of Nevada will host the 26th Annual AIDS Walk Las Vegas at 8 a.m. April 17 at Town Square. More than 6,000 people walked last year, raising more than $400,000 to benefit services supporting more than 3,000 clients living with or affected by HIV. Penn and Teller will serve as grand marshals for the 15th consecutive year. Registration is free.

Tronox, a Henderson manufacturing plant, donated $2,000 to support Sewell Elementary School’s student garden club. This donation will help purchase supplies for the garden, including soil and seedlings for crops. Tronox employees will also help construct a vertical garden to maximize use of the space and yield more produce.

The club teaches students about ecology, water and life cycles, also all aspects of gardening, from planting to tending to harvesting.

Tronox employees at the Henderson site use similar vessels to demonstrate and practice methods for emergency response on different types of cylinders. The cylinders will be used at the Henderson Fire Department’s main training center for new recruits and continued education purposes.

Local charities are chosen to partner with SlotZilla on a specific day, and 100 percent of SlotZilla revenue from flights on the lower Zipline or upper Zoomline is donated to that charity.

Fremont Street Experience challenged the charities to raise the most amount of money through their databases, media partners and social media.

Race for Hope and Fun Walk returns for seventh year

Grant A Gift Autism Foundation is presenting the seventh annual Race for Hope and Fun Walk to support those affected by autism living in Nevada. The event includes a Kidz Run, 5K Timed Run and 5K Fun Walk.

Registration is available online through April 28 at grantagiftfoundation.org. Sponsorship opportunities are also available by calling 702-564-2453 or by emailing 5K@grantagiftautismfoundation.org.

Global Gaming Women, which began in 2011 with the American Gaming Association as a development program to nurture emerging female leaders in the gaming industry, has launched as an independent charitable organization.

Its 2016 initiatives include providing scholarships to more than 100 women to attend Global Gaming Women leadership development conferences in the East Coast, Midwest and Southern gaming markets, as well as the MGM Women’s Leadership Conference; launching 10 mentoring circles at gaming companies across the country; establishing a career advisory board and dedicated mentors for Global Gaming Women program graduates; expanding the W Development Conference to include an alumni conference and the introduction of a public speaking coaching program; and participating in programs, panels and networking events at major conferences.

A great cause is right up this alley

The third annual Hospitality Bowling Tournament will run June 22 at The Orleans, with proceeds benefiting the Shade Tree.

The Nevada Hotel and Lodging Association and the Nevada Restaurant Association will again partner to present this event. For more information or to sign up, visit nvhotels.com/events