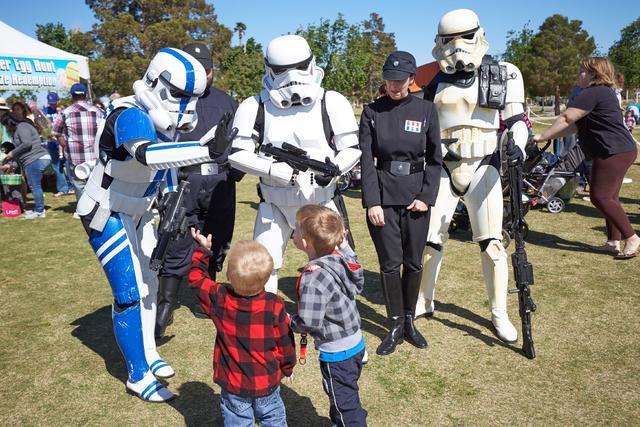 Credit One Bank has brought together two of it long-time partners, HomeAid Southern Nevada and U.S. Vets – Las Vegas, to meet the needs of at-risk veterans in Southern Nevada.

A $434,000 commercial kitchen remodel, funded partly by Credit One Bank and designed and built by HomeAid, will enable U.S. Vets to better serve three meals daily to formerly homeless veterans living in the residential facility.

U.S. Vets has provided transitional and permanent housing and employment services to veterans in the Las Vegas community since 2001. HomeAid Southern Nevada was founded in 2004 to support the valley’s homeless through housing and community outreach.

The bank recognized that U.S. Vets – Las Vegas needed a new kitchen to more efficiently serve veteran residents, and that HomeAid, which is sponsored by Southern Nevada Home Builders Association, could build one.

The new facility will feature a walk-in refrigerator and food storage areas, a commercial-size oven and stovetop, and will be wheelchair-accessible. The expansion will expand the kitchen 1,000 square feet.

Construction is to start in August; the goal is to be serving veterans by Thanksgiving. For information, contact U.S. Vets – Las Vegas at lvinfo@usvetsinc.org or 702-947-4478.

The event benefits the nonprofit organization, which helps women achieve economic independence. During July, Miracle Mile Shops will also collect donations in its fountain for Dress for Success Southern Nevada.

Astellas employees have already raised nearly $18,000 to support the charities. Astellas will also contribute $5,000 to each charity to supplement the employee donations.

The event, created and managed by the Nevada Childhood Cancer Foundation, is a 24-hour medically supervised, outdoor and overnight camp experience for children diagnosed with cancer, or other life-threatening illnesses.

The Nevada Childhood Cancer Foundation’s staff and volunteers let more than 200 campers, ages 5 through 17, form positive peer relationships, develop greater independence and self-esteem, and have the opportunity to feel healthy and happy. Children are given a cost-free camp experience thanks to donations from Brett Torino and local businesses, community leaders, caring individuals and other supporters.

Call 702-735-8434 or visit www.nvccf.org for more information on the Nevada Childhood Cancer Foundation.

Best Mattress will present a $10,000 donation to Opportunity Village from its Memorial Day sale, during which $5 of each mattress sold was donated. Best Mattress president, David Mizrahi and his wife, Linda matched the final donation. The gift will go toward the programs and services offered by Opportunity Village that benefit adults with significant intellectual disabilities.

In 2015, all partnership teens who graduated from the program exited to stable housing.

Wienerschnitzel said it contributed $20,000 to the second annual Hot Dogs for Homeless Tour for a grand total of nearly $70,000 in donations. All funds generated benefit tour partner Skate For Change, an organization dedicated to encouraging youth to give back to the less fortunate in their communities through skateboarding.

For 30 days, the Hot Dogs for Homeless crew traveled 4,100 miles across 18 cities throughout the southwest in a Wienerschnitzel-wrapped recreational vehicle and, handing out more than 35,000 Wienerschnitzel hot dogs.

The crew visited shelters and areas with large homeless populations, handing out nearly 7,500 pairs of socks and providing hot meals, hygiene kits and other necessities.

KLAS-TV, Channel 8, and nonprofit organization Project 150 called on viewers to help homeless high school students by providing items of essential need. The effort was in honor of the 20th anniversary of 8 News Now’s parent company. During the June anniversary celebration, the station partnered with Project 150 to help homeless, displaced and disadvantaged students make it through the summer.

More than 2,500 homeless students in the Valley don’t have the basic necessities to keep up in class, yet they need help all year long, particularly during the summer hiatus.

Members of the public delivered more than 22,000 pounds in donated items, from shoes and socks to towels and blankets, ready-to-eat foods and beverages to much-needed hygiene products and school supplies.

Helping Hands of Vegas Valley, a nonprofit agency that assists the senior community with food, transportation and respite care vouchers, added the minivan to its four-vehicle fleet that transports senior citizens to appointments.

The new vehicle will replace one that is more than six years old and has more than 200,000 miles. Visit hhovv.org for more information about Helping Hands of Vegas Valley.

Nevada State Bank donated $10,000 to Nevada HAND to support its mission to provide affordable, quality housing and support for seniors and families.

The fourth annual Golf 4 The Kids Tournament raised $60,000 through corporate sponsors and donations.

Roseman University of Health Sciences has received a $10,000 donation from UnitedHealthcare and Southwest Medical Associates to fund scholarships for pharmacy, nursing and dental students at the university’s Henderson and South Jordan, Utah, campuses.

Roseman University’s curriculum is delivered through its six-point mastery learning model, to train students to thrive and practice in medicine and patient care.

Wal-Mart’s campaign, “Fight Hunger. Spark Change.” has encouraged people across the nation to take action against hunger and help needy families through support online and in-store purchases and donations. The campaign called on the public to help fight hunger by sharing campaign messages via social media or donating to local Feeding America food banks in-store at the Wal-Mart register. Nationwide, the campaign raised more than $17.4 million to support the Feeding America network of food banks.

Lev Brands partnered with Opportunity Village for a fundraising promotion, Spread the Love with Lev, at multiple The Coffee Bean &Tea Leaf and Jamba Juice locations. The event raised $4,827.

Tronox presented a check for $2,000 to United Way of Southern Nevada on June 23. The two organizations have had a strong partnership over the years. Tronox has consistently supported United Way and its mission to continue helping the community and providing the necessary tools to educate children about financial responsibility.