Skip to content
Sign up for our newsletter
section-ads_high_impact_1
By Mark Rowland Special to the Las Vegas Business Press
October 14, 2015 - 10:40 am 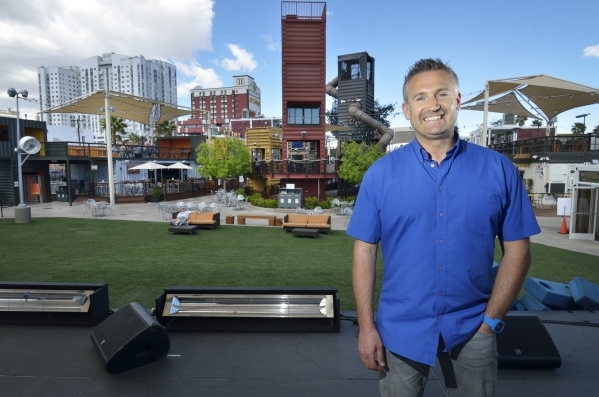 From my experience in studying downtown renaissances in cities around the world, I know this: When you consider the younger generation that embraces Life is Beautiful, their circle of friends invariably includes contacts on social media spanning the globe — not to mention their future earning potential over the course of a working lifetime.

They have a strong potential to become lifelong ambassadors for Las Vegas, and downtown in particular, as a result of their Life is Beautiful experience.

If you were going to put it in terms of old-time Las Vegas, you’d have to go back to the Alan King Tennis Classic at Caesars Palace to understand the economic benefit of the worldwide exposure for Las Vegas. It wasn’t merely a tennis tournament. It served as a catalyst in creating a new generation of lifelong Las Vegas loyalists.

Though it’s my contention that the most profound impact will be felt in the years to come. It’s no secret that Life is Beautiful has huge immediate economic consequences for downtown and the entire region.

The most notable beneficiaries of the Life is Beautiful visitors were the downtown Las Vegas shops, restaurants, business, startups and local attractions such as Downtown Container Park. They not only received direct economic benefits, but they were a vital part of the experience for many people who were seeing downtown Las Vegas in a completely new way.

The 20-to-35-age demographic is one of the most highly sought-after in business today because of their technical abilities, the trend-setting nature of their demographic and the powerful impact it has on the economy.

For example, I saw more social media usage at this year’s festival via Instagram, Facebook, Snapchat and YouTube than I had seen before. That widespread exposure, I am sure, will only inspire more and more people to make plans to visit downtown Las Vegas and spend greater amounts of time and money there.

This year’s event, the third annual Life is Beautiful festival (Sept. 25-27), attracted more than 100,000 visitors to downtown Las Vegas, and it was a massive undertaking in every way.

Spanning more than 12 square blocks that require fencing, permits and security, Life is Beautiful comes together thanks to a host of people in the community who work long hours to make it happen. With contributions from the city of Las Vegas, Downtown Project, the Life is Beautiful team and many other partners, the festival is truly a collaborative undertaking. It shows that when passionate people with a common purpose work together, magic happens.

Although many of the visitors drawn by Life is Beautiful were national or international tourists, plenty of people came from the local community. I overheard families from Summerlin saying they did not realize how much downtown has changed in recent years, how they almost could not believe how much it has improved, and that they definitely would be back.

This embracing of the city’s downtown core will have lasting effects as well. Not only will local residents from other parts of the city return, but it is a sure bet they will also bring their out-of-town relatives and friends downtown when they come to visit Las Vegas.

At its core, Life is Beautiful is a tremendous opportunity not only to showcase visionary musicians and artists, but also to expose downtown Las Vegas to a new generation of visitors as well as locals eager to view downtown in a new light.

— Mark Rowland is the CEO of DTP Ventures, which oversees and runs many of the entities owned by Tony Hsieh’s Downtown Project. The vision of Downtown Project focuses on making Downtown Las Vegas a place of inspiration, entrepreneurial energy, creativity, innovation, upward mobility, and discovery.