Skip to content
Sign up for our newsletter
section-ads_high_impact_1
By Adam H. Clarkson Special to the Las Vegas Business Press
October 18, 2015 - 2:54 pm 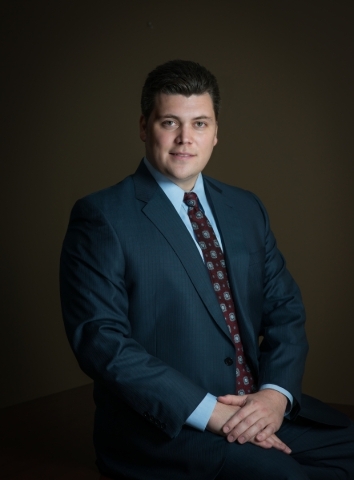 A recent proposal by NV Energy outlining an innovative approach to solar power in Southern Nevada could prove to be a boon for residents of high-rise buildings and other communities who may have been struggling with restrictions on access to solar power.

The boards of homeowners association communities should reach out to the utility if they are considering a move toward adopting green energy measures. This measure appears particularly appealing for some communities.

The newly unveiled proposal by NV Energy that is being considered for implementation this year would allow customers to adopt up to 100 percent solar energy use without installing or having to use panels on their own rooftops.

NV Energy has proposed generating up to 5 megawatts of solar energy that would be available to commercial and residential customers. This proposal stands in stark contrast to existing solar options in the state that typically require major up-front costs as well as on-site installation. The proposed program would entail basic line-items on a customer’s utility bill, according to a Review-Journal report.

In some cases, as with the high-rise communities that our firm works with, for example, there may be 1,000 people living in the building but extremely limited square footage for the HOA to utilize solar. In other cases, some conventional HOA communities may have mature trees that provide their own buffering and shade for the home, but which would have to be cut down in order to access sunlight.

By embracing the NV Energy proposal, communities have the ability to avert often substantial startup costs involved with construction or installation of new panels. In effect, they can enjoy the benefits of solar power without the cost or inconvenience of installing solar panels on their houses or residential buildings.

Because there would be no need to remove mature trees or otherwise alter existing landscaping, the physical appearance of communities also would remain aesthetically pleasing — a crucial consideration to many HOA boards.

I see it as a win-win situation for communities and board members that may be on the fence when considering putting the green energy stamp of approval on their buildings.

NV Energy has estimated that full subscription of the pilot program would require approximately 9,500 to 11,000 customers.

This proposal and its potential aftermath also address the single most critical issue we face, not only in our community but throughout the West: the smart use and conservation of water.

One factor often overlooked in this arena is that the generation of traditional power sources requires a tremendous amount of water.

Solar power, on the other hand, uses virtually no water throughout the entire lifespan of a solar panel. In the parched Western United States, this is perhaps the most significant benefit of solar power: From Day 1, it saves vast amounts of water.

The proposed program actually comes with a small premium attached, and some of the details and ramifications are still on the drafting board. We have reached out to NV Energy to express our enthusiasm for the proposal. They are accepting reservations, and we think the fastest way for the plan to come to fruition is to push for acceptance among the community at large.

The solar power proposal not only saves upfront costs, but is a positive step that strengthens the community’s physical buildings as well as the strength and robustness of the community as a whole.

— Adam Clarkson is the owner/principal of The Clarkson Law Group, P.C., which has offices in Las Vegas, Reno and San Francisco. Clarkson’s practice is dedicated to homeowners associations. He has published numerous articles on issues affecting communities and their associations. Reach him at 702-462-5700.