Two of the nation’s largest regional magazine publishers — Niche and Modern Luxury — could be merging, according to a report by the New York Post.

The publication said the companies have discussed the possibility informally in the past, however, talks could turn serious in the next month.

One of the publishers, Jane Greenspun Gale, owner of Niche Media as well as Hamptons, Miami-based Ocean Drive and Manhattan-based Gotham, was said to be speaking with Modern Luxury Media, which is owned by the Atlanta-based Dickey family, who run the radio chain Cumulus Media.

The Greenspuns, a Las Vegas real estate and media family, took over the Niche publications from founder Jason Binn in 2006.

Its media empire, which also included the Las Vegas Sun, was broken up after a bitter family feud. Gale salvaged the magazine portion of the company and bought out other family members after several legal battles.

Both companies publish free-circulation magazines supported primarily by advertisers, including national luxury brands and local retailers. The New York Post said neither side denied talking in the past, and as of now, there are no plans.

Insiders at both companies told the Post that they are worried that if talks turn serious, it could mean the downsizing of back-shop operations and the shutdown of one of the titles in competing markets, including New York, Miami and the Hamptons.

“The companies have always kept in touch, but there is nothing going on,” Michael Dickey, the CEO of Modern Luxury Media, said in a statement to the New York Post.

Katherine Nicholls, the CEO of Niche, also told the publication, “There are always rumors about us and Modern Luxury Media. We’d love to buy them, but so far they aren’t for sale and neither are we. We do respect each other very much — we keep in touch but nothing is going on.”

The Post’s sources said that, in this go-around, it could be Modern Luxury Media putting an offer on the table for Niche. They also said a decision on that could come in the next month.

The New York Post reported that Niche relies on Hamptons and Ocean Drive as its chief revenue generators, while Gotham struggles for space in the crowded New York City market.

Modern Luxury Media was bought by the Dickey family from creditors who had taken it over when the founders ran into financial trouble in the recession and defaulted on loans, the Post reported.

The event, which attracts airline and travel industry CEOs from across the globe, serves as a forum for high-level debate and discussion of the strategic issues facing the region’s aviation industry.

Cathy Tull, the Las Vegas Convention and Visitors Authority’s senior vice president of marketing, said the summit is strategically important to Las Vegas as it brings the heads of some of the world’s largest and fastest growing carriers to the area.

“As the entertainment and convention capital of the world and an emerging international business center, Las Vegas offers a truly unique experience to the world’s aviation leaders,” Tull said in a statement. “From our $2.4 billion state-of-the-art international Terminal 3 to our ability to continually reinvent Las Vegas as an international tourism destination, Las Vegas is the perfect stage for industry leaders to connect and gain key insight into what the future of travel and tourism holds.”

CAPA Executive Chairman Peter Harbison added, “Our international guests and local delegates will be exposed to the tremendous business, travel and tourism opportunities that exist in Las Vegas and our hosts will have the opportunity to showcase the unprecedented investment in facilities and services that is occurring in the destination and surrounding region.”

“The return of the CAPA Americas Aviation Summit is significant to each of us at McCarran International Airport, as well as the community it serves,” Director of Aviation Rosemary Vassiliadis said in a statement. “The caliber of attendees and breadth of aviation-industry topics that were addressed at this year’s event were outstanding, and I look forward to interacting with other aviation leaders and experts from around the world when CAPA returns to Las Vegas next spring.”

Las Vegas Metro Chamber of Commerce traveled to Washington, D.C., during the week of Sept. 8 to meet with lawmakers and public policy experts on important federal issues impacting the Southern Nevada economy and job creation.

The Metro Chamber’s policy priorities included the passage of legislation (S. 974 and H.R. 2015) to designate the area known as Tule Springs as a national monument area and to help secure funding for the construction of a visitors center and research and educational facilities relating to the fossil beds located within the monument area, passing comprehensive immigration reform legislation that will help secure our nation’s borders, create an efficient employment eligibility verification system and establish a guest worker program and expand the number of Customs and Border Protection personnel at McCarran International Airport.

In addition, the organization discussed the Adopting the Jobs Originating through Launching Travel (JOLT) Act (H.R. 1354), which would help expand international tourism to the United States and enhance Nevada’s business and tourism sectors.

Chamber leaders also met with experts from the Brookings Institution, the U.S. Chamber of Commerce and The Education Trust to gain deeper insight into public policy issues. 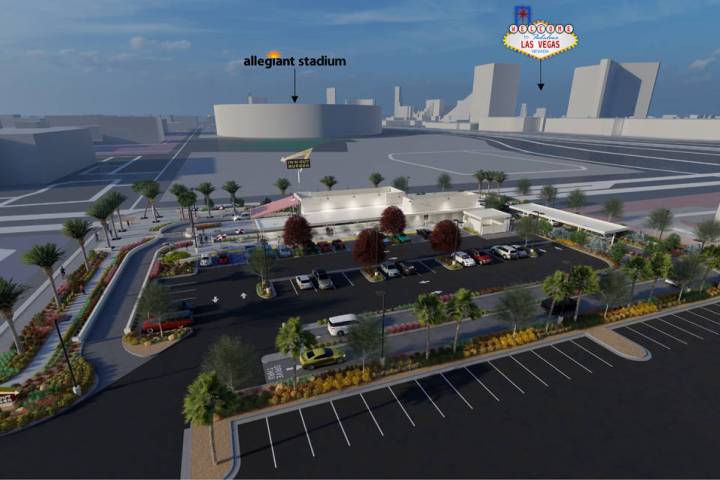 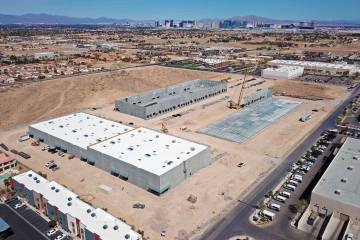 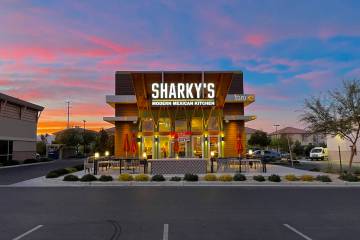