Skip to content
Sign up for our newsletter
section-ads_high_impact_1
BY BUCK WARGO LAS VEGAS BUSINESS PRESS
May 25, 2021 - 10:04 am 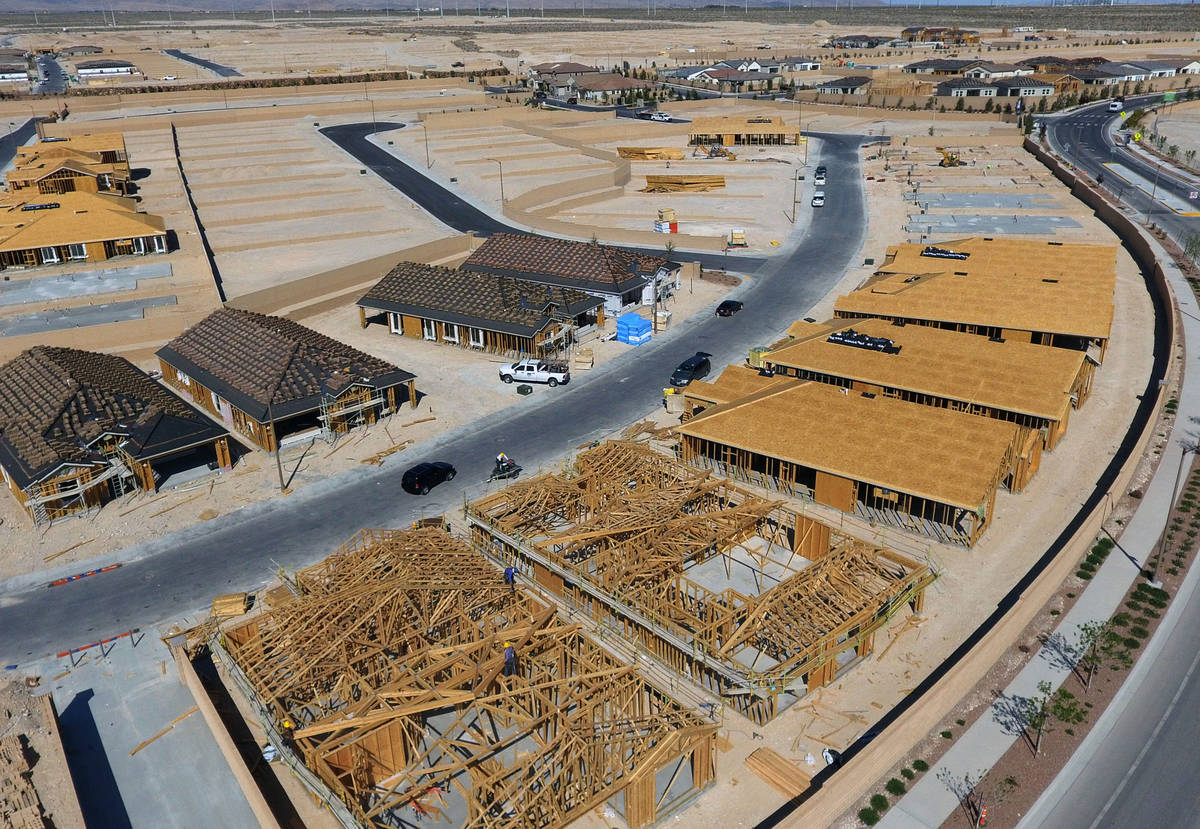 Construction continues on a new housing community at Skye Canyon. Despite higher home prices and material shortages, Las Vegas homebuilders have reported some of its strongest numbers since 2007. (Bizuayehu Tesfaye Las Vegas Review-Journal)

KB Home started 2021 where it ended in 2020 and leads the way among Las Vegas homebuilders in net sales as the new-home market continues with some of its strongest numbers since 2007. The latest list for 2021 tracks where 2020 ended for the most part with the exception of Taylor Morrison moving into the top 10:

■ KB Home had 720 net sales through the first quarter, up 36.1 percent from the 529 during the first three months of 2020. Net sales — sales minus cancellations — didn’t fall off in Las Vegas until the second quarter of 2020, so it shows the ongoing strength of the marketplace as the COVID-19 pandemic winds down.

KB finished 2020 with 1,586 net sales — four more than it had in 2019. No builder had a stronger second half of 2020, according to statistics provided by Home Builders Research.

■ No. 5 is DR Horton with 322 sales, a decline of 16.8 percent from the 387 sales in the first three months of 2020. Home Builders Research said the decline may be a result of the builder’s success at its Valley Vista master plan in North Las Vegas in that homes sold so quickly that it hasn’t been able to replace supply fast enough.

That in part may have contributed to North Las Vegas losing its No. 1 spot in the valley for percentage of home sales at 24 percent. It was 25 percent in the southwest valley and 21 percent in both the northwest and Henderson, according to Home Builders Research.

Beazer dropped out of the top 10 year-end ranking and was replaced by No. 11.

■ Breaking into the top 10 is Taylor Morrison with 188 net sales, a 164.8 percent gain over the 71 in the first quarter of 2020. Arizona-based Taylor Morrison, which acquired William Lyon Homes in 2020 before the pandemic, has traditionally just fallen outside the top 10. Taylor Morrison executives had predicted a rise in the 2021 rankings throughout the year. It has been aided by its Palmer Ranch project in North Las Vegas.

Home Builders Research President Andrew Smith reiterated that the Southern Nevada home market hasn’t been this strong since 2007. In the latest month available in March, the 1,560 new home net sales was the highest since October 2006 when there were 1,634.

“Most of these builders were showing year-over-year increases from 2019 in the first quarter,” Smith said.

Buyer demand has not waned, meaning builders have continued to face numerous obstacles in their attempts to keep up with demand, Smith said.

“There are 15 percent fewer new home communities opened for sale in 2021 thus far, and despite ballooning costs on multiple levels the median new home closing price for the first quarter as a whole was only up 3 percent year over year,” Smith said.

Nat Hodgson, CEO of the Southern Nevada Home Builders Association, said he just held conferences with builder executives and marveled that the industry continues to change every week. He estimates lumber costs are 300 percent higher over the past 14 months that’s added $40,000 on average to the cost of building a home. And those expenses aren’t being fully passed on to buyers because contracts were signed and lumber costs rose afterward, he said.

“When we could build a bunch more homes that demand wasn’t there and now that it is overwhelming us and we want to build more, we can’t get the labor or materials,” Hodgson said. “I have been here in Nevada for 30 years, and I don’t think I have ever seen it this challenging as it is right now. The good news is the market is good, but it’s so much harder to build a house than I ever remember in my career.”

Based on current demand, Hodgson said builders could construct an extra 5,000 homes if they’re capable based on demand but 2,500 is more realistic based on labor and materials. 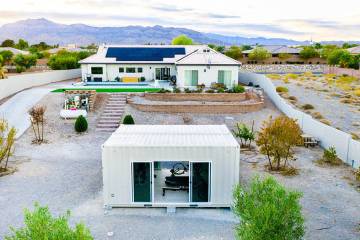