Each state’s employment agency — in our case, the Nevada Department of Employment, Training and Rehabilitation (DETR) — is responsible for compiling the numbers and reporting them to the U.S. Bureau of Labor Statistics (BLS).

The two sets of numbers approach the issue of employment and unemployment from different ends. The CES number represents employer businesses only to calculate the number of people who are employed, and the LAUS number examines households and includes the self-employed and agricultural workers.

When we look at the official jobs numbers, that number is generally the CES number, while the unemployment rate is calculated using the LAUS numbers, explained Bill Anderson, chief economist for DETR.

DETR provides a useful quick reference table of the differences at nevadaworkforce.com. The major differences are as follows:

▶ By industry for the pay period that includes the 12th of the month.

▶ Does not count people on unpaid leave, workers on strike, the self-employed, unpaid family workers and agricultural workers.

Together, these two sets of statistics provide us with a fairly comprehensive picture of employment and unemployment in our economy. The CES numbers emphasize employment by industry (except for agriculture), allowing us to see which industries are improving and which are lagging behind.

For example, CES seasonally adjusted numbers show that 1,306,000 people were employed in Nevada in December 2016, 38,300 more than a year earlier, and 3,400 more than in November 2016. If we look at more detail within the CES numbers, we can see that our largest sector in the Las Vegas-Paradise Metropolitan Statistical Area, leisure and hospitality, employed 284,300 people in December 2016, 8,000 more than a year earlier. Unlike the totals, these sector-specific numbers are not seasonally adjusted.

It’s important to understand that these two sets of numbers are complimentary, but not comparable.

Helping to fill in the picture is a third set of numbers, which, while reported on less frequently, represent a more accurate count. The Quarterly Census of Employment and Wages (QCEW) is conducted by the Research and Analysis Bureau of DETR by collecting employment and wage data for workers covered by unemployment insurance both on the state and federal level. This number receives less attention because it lags behind by four or five months. 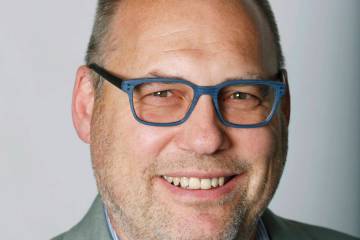