Skip to content
Sign up for our newsletter
section-ads_high_impact_1
By Rodric J. Hurdle-BradfordSpecial to the Las Vegas Business Press
November 16, 2015 - 2:10 am 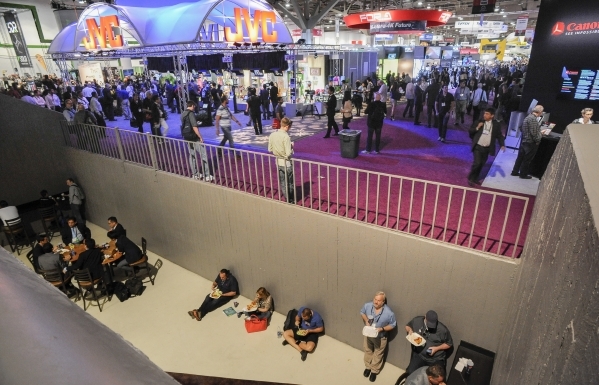 Various scenes of crowding, space usage, gathering spots in and around the Las Vegas Convention Center during the National Association of Broadcasters Show on Monday and Tuesday, April 13 and 14, 2015. (Mark Damon/Las Vegas News Bureau) 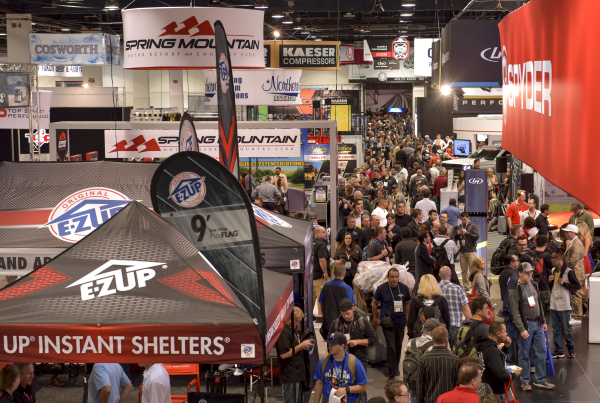 Once the Las Vegas calendar shifts from sizzling summer pool parties to cool fall nights, the entire city’s attention turns to the lifeblood of its economic prosperity — conference and convention business. From October to March, the city is dominated by the largest conventions in the world, from technology to autos to adult entertainment and everything in between.

The Las Vegas Convention and Visitors Authority (LVCVA) has the ongoing responsibility of maintaining the host status for these conventions and gaining new clients in an increasingly competitive landscape with other domestic markets.

“The convention business is extremely competitive and, because Las Vegas is the number one trade show destination in North America, there is definitely a target on our back,” says Cathy Tull, senior vice president of marketing for the LVCVA. “As a destination, we need to continually look forward and stay ahead of the competition by reinventing ourselves, which keeps the experience fresh for the visitor. Currently there are more than $7.2 billion-worth of projects under construction or planned through 2018, including new resorts, restaurants, attractions and more.”

Despite the always-increasing competition, 2015 has been another strong year for the city’s convention business, with an attendance increase of more than five percent through the end of October.

“Many of our biggest shows — including CES, NAB and SEMA — have all reported record attendance,” says Tull. “We want to continue that trajectory by providing our clients the venues, accommodations and customer service that makes their shows successful.”

Staying relevant and ‘buzzworthy’ is a large part of LVCVA’s strategy, ever since the monumental ‘What happens in Vegas, stays in Vegas,’ campaign was launched over a decade ago. This fall, LVCVA launched a new video series titled ‘Unconventional’ that is being distributed across its social media channels.

‘Unconventional’ focuses on the characters that attend some of the unique conventions as part of a series of mini-documentaries which run for about 10 minutes total.

“They tell funny, poignant, distinctive stories of people who are being authentically and completely themselves at a convention in a city that accepts them exactly as they are,” says Tull. “The takeaway for our audience is that Las Vegas is a place where they, too, can engage with their true quirky inner selves and form a positive association with the brand making them more likely to visit.”

From a transportation standpoint, as long as Las Vegas offers more than 900 inbound and outbound flights every day and non-stop service from more than 130 domestic and international locations, Tull feels confident that Las Vegas can remain on top.

Las Vegas leads all major U.S. cities with an inventory of more than 150,000 hotel rooms, offering one of the best group value propositions against its competitors. There are more than 11 million square feet of exhibit and meeting space available at various price points, another attractive feature when bidding against other cities.

Another obvious resource to land new business and maintain existing conventions is the new space acquired with the Riviera purchase.

“Our current clients are very excited about the opportunity to utilize the new space,” says Tull. “The structures on the 26-acre site are scheduled to be demolished in 2016. Once the property is cleared, it will be used for outdoor exhibits.”

Las Vegas’ largest convention — the ConExpo-CON/AGG show, which returns to Las Vegas in March, 2017 — has already leased the space to be used for outdoor exhibits. According to Tull, the organizers of CES are also interested in using the space in January, 2017.

With so many resources, there is never a favored or targeted industry for convention business; all industries are welcome. Las Vegas hosts top shows that touch about every sector of commerce, including: agriculture, automotive, aviation, communications, cosmetics, fashion, real estate and technology.

“One of the top attributes of Las Vegas for conventions is that our core business is hosting people and events,” says Tull. “So no matter the industry, the group is going to have a great experience.”

Several travel industry studies have shown that companies that invested the most on business travel during the recession grew faster than those that cut back and never returned to its previous level. Business travel is core to a successful corporate strategy and this is a strong selling point for the LVCVA.

“The outlook for business travel continues to brighten with U.S. companies feeling confident enough to invest in group meetings so there is intense competition to get that business,” says Tull. “Major convention cities — including Chicago, Houston, Orlando, San Francisco and Seattle — are investing billions into their convention centers to stay competitive. That’s why the Las Vegas Convention Center is so critical to this community to not only keep up with the competition, but to continue to propel Las Vegas forward as the number one convention destination.”

In 2015, Las Vegas’ meetings and convention industry supports nearly 54,000 local jobs and has a $7.4 billion dollar economic impact. Those figures are expected to increase as plans to expand and renovate the Las Vegas Convention Center move forward.

These plans for expansion already take into consideration the changing demands of business travelers who are looking for more interactive experiences beyond the convention agenda including health and wellness and community involvement.

“Business travelers don’t want to be just attendees, they want to be participants,” says Tull. “Developing a compelling meeting experience will continue to be a top trend. There is more interactive play through social media, round table discussions or group activities, along with incorporating health and wellness. Las Vegas will continue to offer a variety of options through the vast network of restaurants, cultural locations, nightclubs, unique venues and outdoor spaces to create one-of-a-kind experiences for groups.”