Skip to content
Sign up for our newsletter
section-ads_high_impact_1
By RODRIC J. HURDLE-BRADFORD SPECIAL TO LAS VEGAS REVIEW-JOURNAL
September 18, 2016 - 4:30 am 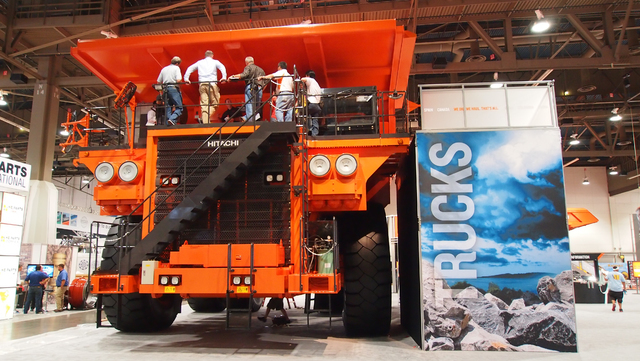 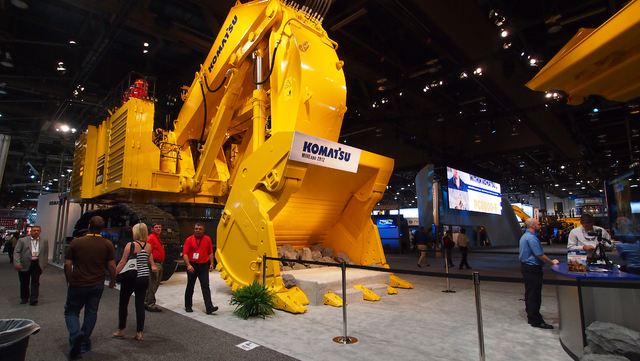 “MINExpo demonstrates the confidence that the global mining industry has in itself, depsite the tough market conditions they have endured recently,” says Luke Popovich, spokesperson for NMA. (Courtesy) 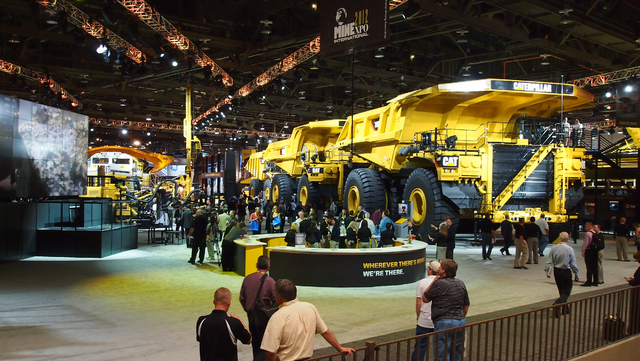 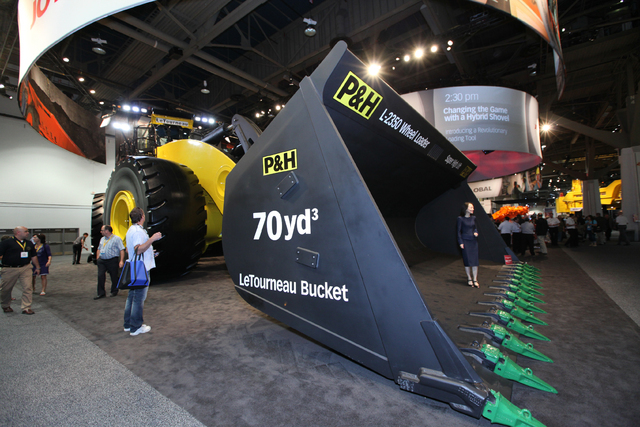 More than 1,800 companies will display products in more than 800,000 square feet of exhibit space at The National Mining Association’s MINExpo International 2016. (Courtesy)

Domestic miners and mining managers from Washington State to West Virginia will be in attendance at the National Mining Association’s MINExpo International 2016 from Sept. 25-27 at the Las Vegas Convention Center.

To most, mining is a hidden, dangerous underground occupation that only grabs headlines when something goes wrong, like the famous rescue of 33 Chilean miners or the death of a dozen West Virginia miners, both of which made major news in 2010. Six years later, the mining industry, led by the National Mining Association, is still working to spread word across the world about best practices in education and operations.

“MINExpo demonstrates the confidence that the global mining industry has in itself, depsite the tough market conditions they have endured recently,” says Luke Popovich, spokesperson for NMA. “We will have a variety of featured experts at the expo, from consultants, actual operations management and some from the academic world, too.”

With more than 1,800 companies represented, and over 800,000 square feet of exhibit space in 2016, Popovich and NMA are truly looking to make this the most valuable MINExpo in its more-than two-decade history. The international aspect of the show is always valuable, and two new international showcase pavilions, France and Sweden will join Australia, Canada, China, Chile and Germany at this year’s MINExpo.

MINExpo offers resources for every stage and operation of the mining process: exploration, mine site development, open pit mining, underground mining, smelting and refining, processing and preparation and reclamation after mine use. While mining for coal and precious metals are popular topics that will be discussed, MINExpo’s programming is made for the industry that includes mining for minerals, sand, gravel, stone and other metals.

Unlike many international trade shows that are just geared for management and senior executives, MINExpo’s programming is for all levels of industry employee, from miners to C-level executives. NMA markets to managers in all divisions from purchasing, processsing, maintenance, safety, environmental and mine operations. The diverse attendance at NMA allows for intense and valuable education sessions. This year, 20 educational sessions will be presented at MINExpo, many of which are led by the industry’s top professionals.

“Our emphasis is not on education per se but on informing the public and especially elected and appointed officals of the importance of mining to the U.S. economy, to employment and to state revenue,” Popvich said. “We routinely educate members of Congress, federal regulators and importantly the news media about the impact of laws and regulation on mining, its employees and its communities. Information is a big part of being an effective industry advocate in Washington, D.C.”

NMA’s recent achievement in Washington, D.C. was from the Supreme Court in February, winning a stay of the Obama administration’s Clean Power Plan that would have forced dozens of coal-based power plants to close. NMA also passed bills for hard rock mineral miners to streamline a federal permit process that was slow in major mining regions and, according to NMA, was a significant factor in the declining U.S. share in the global mining market.

“NMA is primarly focused on advocacy, in the regulatory agencies, the courts and of course in Congress,” Popovich said. “Our role in continuing education is quite modest, but the exception is in mine safety and our ongoing efforts to offer CORESafety instruction to our members through regular modules that summarize best safety practices in specific areas of the mine.”

CORESafety is a partnership led by the members of the NMA that places operational steps in mining safety and health to prevent accidents before they occur. It is an integrated approach that involves leadership, management and assurance to meet its objective of having zero fatalities and a 50 percent reduction in the mining industry’s injury rate within five years.

“Safety is always our top priority, and we are very proud of CORESafety,” Popvich said. “We believe it was partly responsible for the improving mine safety record in recent years that culminated last year with the safest year ever in the history of U.S. mining.”