Skip to content
Sign up for our newsletter
section-ads_high_impact_1
By BUCK WARGO SPECIAL TO LAS VEGAS BUSINESS PRESS
April 30, 2017 - 11:32 pm 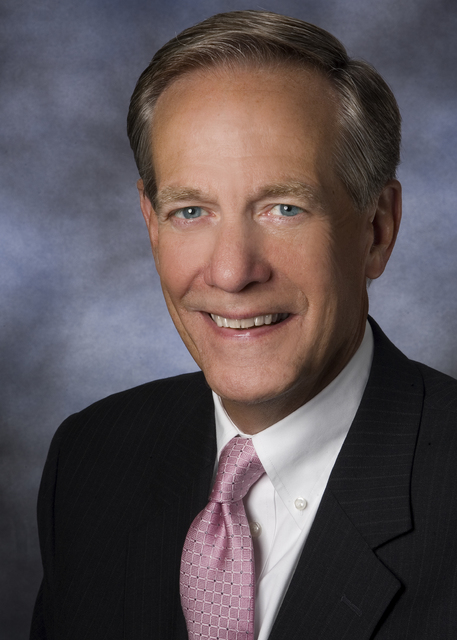 Charitable giving by companies and individuals is up in Southern Nevada and credit goes not only to the recovery of the economy but the small-community feel that permeates Las Vegas compared to some larger cities, according to a high-wealth executive at Nevada State Bank.

Charitable giving by individuals in Nevada reached an all-time high in 2014, the latest Internal Revenue Service data available, according to a High Net Worth report compiled by research firm Applied Analysis on behalf of the Private Bank by Nevada State Bank.

Nevadans claimed nearly $1.6 billion in charitable contribution deductions, which exceeded the 2013 total by 6.1 percent. Between 2009 and 2014, individual charitable giving increased by more than $432.5 million, a growth rate of 38.1 percent over the five-year period, according to the report.

Nevada’s high-net-worth households accounted for a significant portion of giving. In 2014, households with $200,000 or more in income accounted for 53.5 percent of charitable contributions. That year, high-net-worth households gave $839 million to charitable causes, which was nearly double the $425.1 million given five years earlier, according to Randy Boesch, executive vice president and director of The Private Bank by Nevada State Bank.

“From our clients, we’re seeing an uptick in conversations around charitable giving when it comes to talking about long-term planning with the wealth they’ve accumulated or plan to accumulate,” Boesch said. “I have lived here for 45 years and have always been impressed by Nevadans and their commitment to community. This shows and is backed by the numbers we get from the IRS and other organizations that we are very community-minded.”

The average giving among high-net-worth households is significantly influenced by the wealthiest households, Boesch said.

Clients are thinking of taking care of family members when they do their estate planning but they also want to set aside money for charity as well, Boesch said.

“When individuals are thinking about the success they’ve had in Nevada, they want to give back and start planning for that,” Boesch said.

As far as corporate giving in Nevada, Boesch said it reached an estimated $132.5 million in 2015, according to the latest edition of the Nevada Corporate Philanthropy Report. Those donations are going to support higher education and K-12 education at 37.4 percent of donations.

Arts and culture received the second-highest support at 13.4 percent of corporate giving. That figure is more than double the previous year’s total of 5.6 percent and is twice the national average of 6 percent, illustrating Nevada’s growing corporate commitment to supporting arts and culture, Boesch said.

From 2002 through 2012, the state’s largest charitable foundations donated $229.1 million in grants to arts and culture, which was the largest area of giving during that time period. More than half of that amount, $127.5 million, was donated between 2010 and 2012, with the vast majority of that amount at $120.9 million directed to the Smith Center for Performing Arts, Boesch said.

“Even though we went through the Great Recession a couple of years ago, so many businesses have done well over the last 25 to 30 years,” Boesch said. I think the size of the community helps us. We know people, and we see the benefit quickly when people donate to the arts and we build a place like the Smith Center in downtown. People get excited about things like that and it takes holds. That whole arts area in downtown is the tribute to the type of people who live here and care about the community. I think those are the factors that contribute to us being more of a shining star in that area.”

There’s the gaming industry, which has foundations, utility companies, the financial services industry and companies that have divisions in Southern Nevada, Boesch said. Not only do they donate but they have their employees volunteer their time.

Nevada State Bank completed a survey released in March of more than 400 businesses in the state. It showed that about two-thirds of businesses are budgeting for charitable contributions, and one in five was giving more than a year ago.

The most popular causes were children/youth (13.5 percent), veterans and military families (11.3 percent) and people with disabilities (8.4 percent). In addition, 80 percent said giving back to the community was important, Boesch said. That has a ripple effect on their employees giving as well, he said.

Charities are feeling the difference. The Ronald McDonald House Charities of Greater Las Vegas reported its total income was up 19 percent in 2016 over 2015. That includes all cash donations (individuals as well as businesses), grants (corporate and foundation), as well as fundraising events, and in-kind donations, according to Executive Director Alyson McCarthy.

The charity took a heavy hit during the Great Recession and had a deficit in 2008, and donations were stagnant until picking up in 2011 and 2012, McCarthy said.

The charity has a $2 million annual budget to serve as a temporary home away from home for families who need to travel to Las Vegas for life-saving treatment for their children. The money goes for housing, transportation, meals and other support services so parents can focus on their children in the hospital.

The Southern Nevada Ronald McDonald House measures 13,500 square feet and has 12 suites that serve up to six family members each.

“We’re seeing individual giving coming around and corporate giving is starting to come back up a little bit,” McCarthy said. “The foundation giving tends to stay steady and wasn’t affected by the recession as corporate or individual giving because they have tighter budgets.”

The biggest revenue stream increase in 2016 was in cash donations, up 58 percent, due in part to three large estate gifts, McCarthy said.

This additional funding helped RMHC grow its programs, including the recent expansion of its healthy sack lunch program, and a new hospital-based Ronald McDonald Family Room at Sunrise Hospital, serving local and out-of-town families, McCarthy said. The charity operates the Ronald McDonald Care Mobile that travels throughout rural Nevada and inner-city Las Vegas to provide free and sliding-scale dental treatment to children who do not have access to a dentist or dental insurance. It also awards more than $350,000 in high school and continuing college scholarships to local students every year.

In addition to the report, charitable giving is even larger, Boesch said. The IRS data doesn’t include people who don’t itemize their deductions, and 75 percent of Nevadans don’t itemize deductions, which includes people giving money on a smaller scale, he said.