Skip to content
Sign up for our newsletter
section-ads_high_impact_1
By ANN FRIEDMAN LAS VEGAS BUSINESS PRESS
March 16, 2015 - 3:00 am 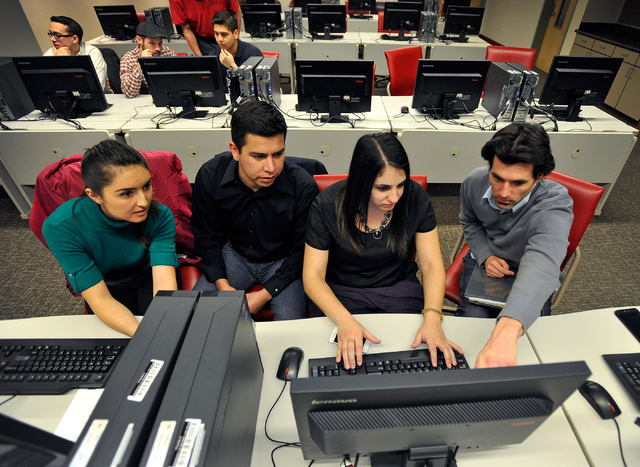 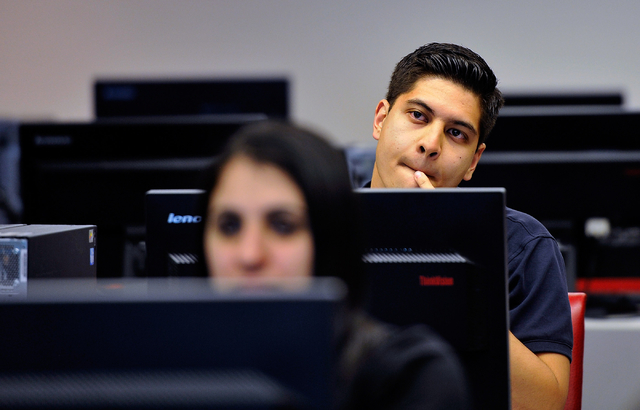 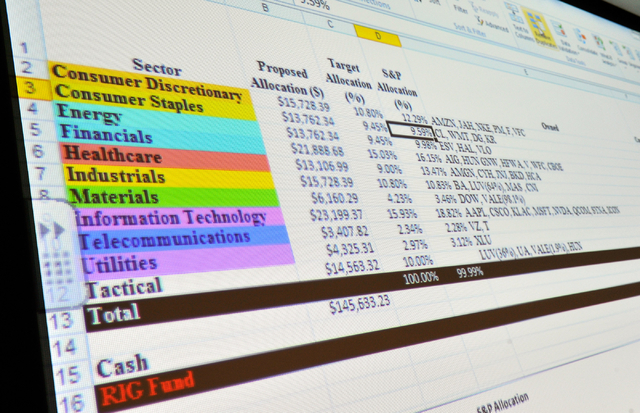 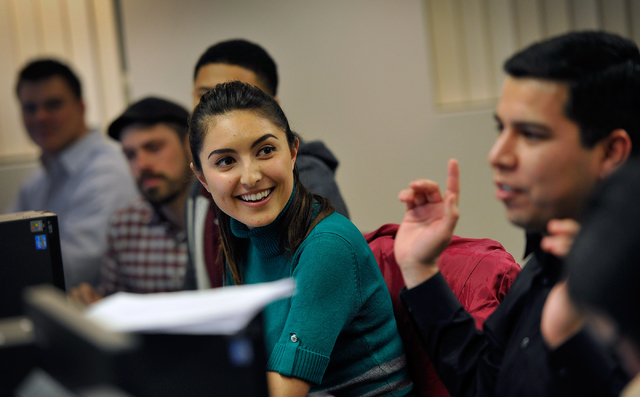 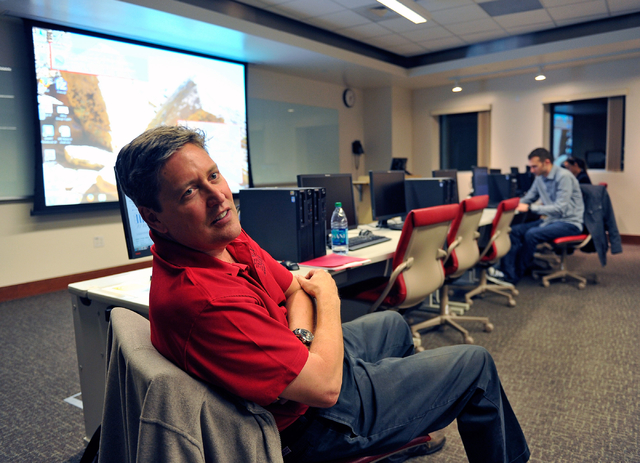 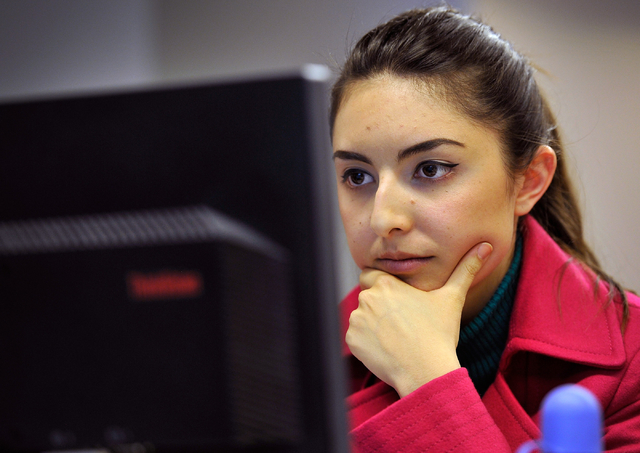 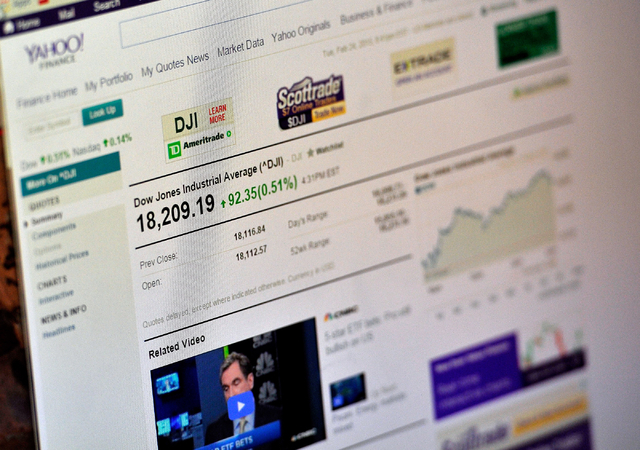 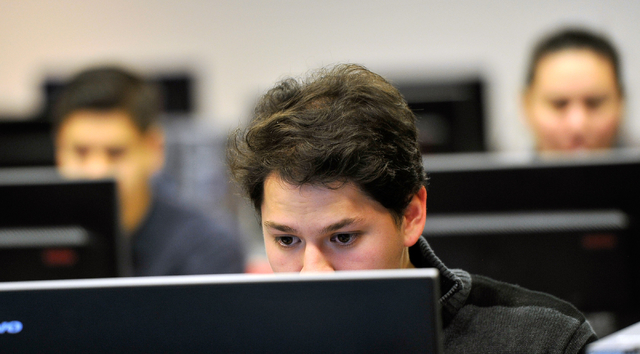 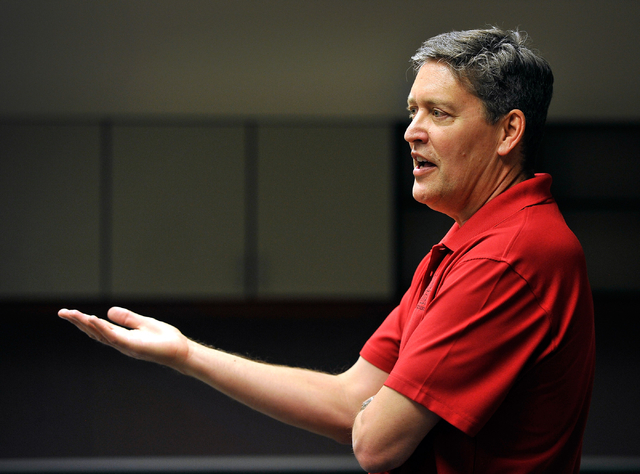 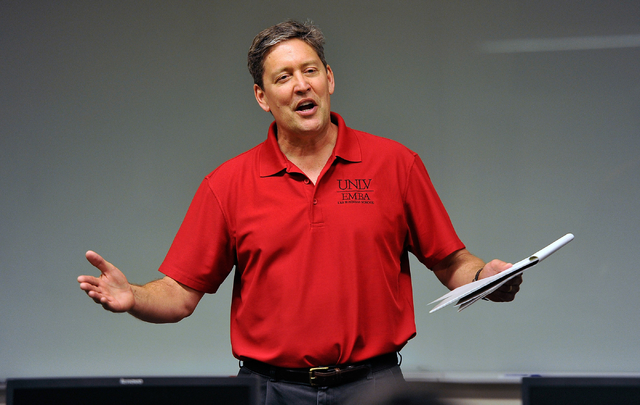 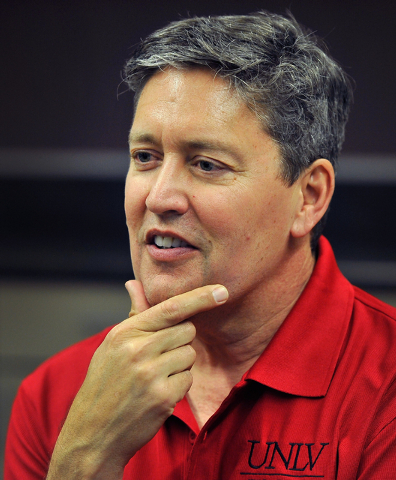 Managing a stock portfolio can be tricky, and risky. But it’s a class activity for finance students in the Rebel Investment Group at the University of Nevada, Las Vegas’ Lee Business School.

The group is for the fate of a portfolio worth more than $145,650. Each Tuesday night, guided by professor Michael Sullivan, the students meet to decide how to grow their account.

Sullivan has led the group since its inception in fall 2011. He said the idea for the class came after a former student suggested the Lee Business School offer a class where students work with real money.

“The student saw this type of class at other universities and decided to pitch the idea to the department chair who asked if I would teach it,” Sullivan said. “Originally the plan was to set it up to mirror a mutual fund, however, I’ve never worked with a mutual fund so I’m doing it based off of what I learned through textbooks, articles and speakers who come to the class.”

The Rebel Investment Group was started with $100,000 nearly four years ago; funding came from donations through the Lee Business School. Sullivan said though the group has performed on par with its benchmark, the Standard &Poor’s 500, 500, it missed out on big gains during 2013.

“Students were overly conservative both in terms of committing cash to investments and also in not taking enough risk in the investments,” he said. “Since I’m unwilling to dictate when and in what students should invest, we moved slower than I would have initially wanted. But, overall, I firmly believe the students will gain more from this experience if they figure things out for themselves.”

Sullivan, a former institutional bond trader for Merrill Lynch, guides the class of 16 as it decides how to invest in stocks. Grades for the undergraduates center mostly on their contribution to the group and presentations on what to buy and sell. Each week, students pitch companies they’d like to invest more in or new companies they would like the class to back.

“When we originally started, we were with the best, largest known companies and now they’re researching and finding hidden gems,” Sullivan said.

Rebel Investment Group has invested in 38 corporations and one exchange-traded fund. The group’s primary investments are in the consumer cyclical, technology and financial services sectors.

“We want to be fully invested, especially when the market is doing well,” Sullivan said.

Sullivan said the Rebel Investment Group trades at Fidelity and pays a fixed $7.95 commission, without regard to the number of shares bought or sold. Before deciding on investments, senior finance major Tyler Bergsten, who serves as the class’s domestic economist, presents information about consumer confidence.

“I build my report off of economic data,” he said. “The economic indicators help guide us where to allocate money.”

On Feb. 24, students Alex Lopez and Maggie Khermandayan presented financial statistics about Altria Group, which owns three tobacco operating companies, a wine company and SABMiller. The duo recommended the class buy 30 shares of the stock of each of the companies.

After their PowerPoint presentation, the class was anonymously polled to determine whether it should purchase the shares. The majority decided they did not want to purchase Altria.

“Some students are quite bothered by the product line, while others want to analyze the company on their financials and growth opportunities,” Sullivan said. “This has been a good debate and the outcome varies by semester.”

Another group tried to persuade fellow classmates to increase its shares in Halliburton, a multinational energy service company, to 150. That pitch succeeded; the class voted to but the shares.

“Convincing 15 other students to invest in your company is tough,” Brianda Burrola, senior finance major said.

Burrola said the Rebel Investment Group unites everything she’s learned throughout her years at the Lee Business School.

“We gather everything we’ve learned in our finance classes and apply it here,” she said. “We’re able to show what we learned and because we’re dealing with real money, every decision is important to us.”

Burrola added that events like the recession shape spending patterns.

“People definitely become more conservative and skeptical about investing so much money,” she said. “These companies are so big that whatever goes down eventually comes back up.”

Sullivan said he hopes the group prepares students for the future.

“They learn how to create a portfolio and it makes them comfortable when buying stocks,” he said. “It also gets them interested in entering a career path and managing money.”