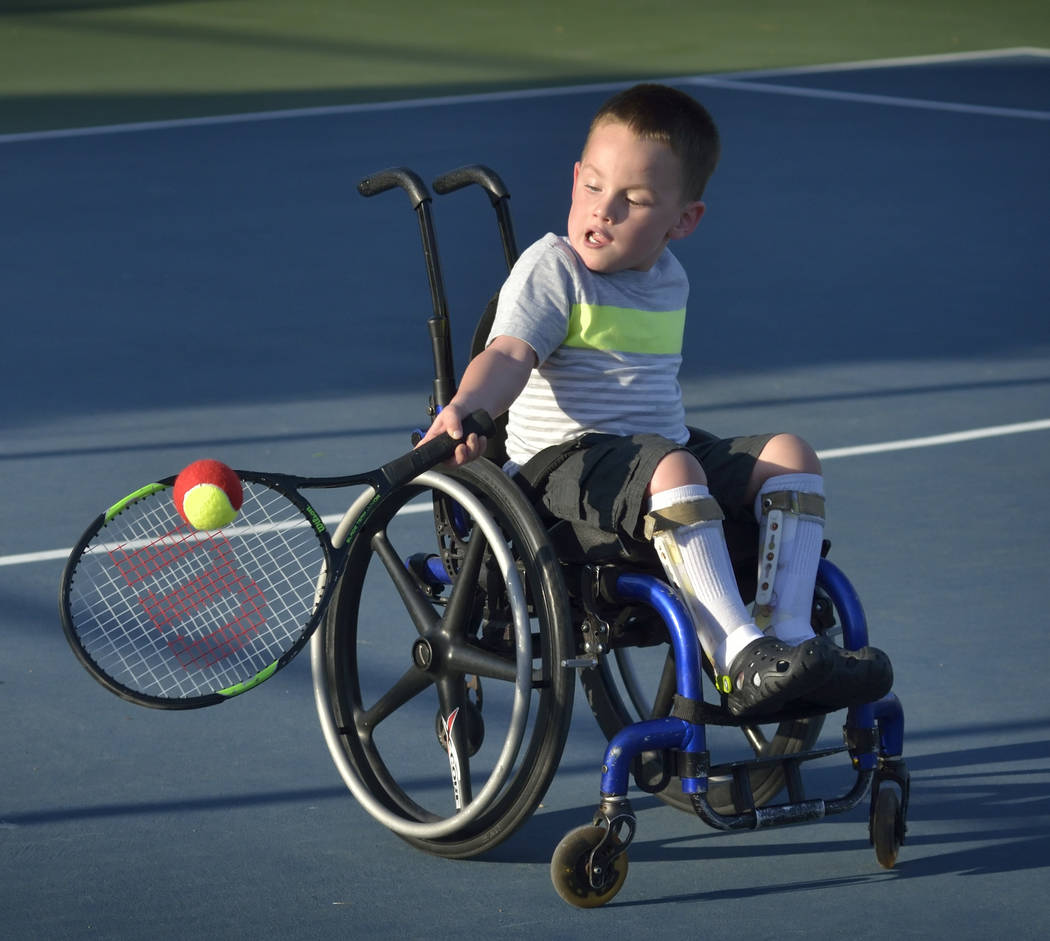 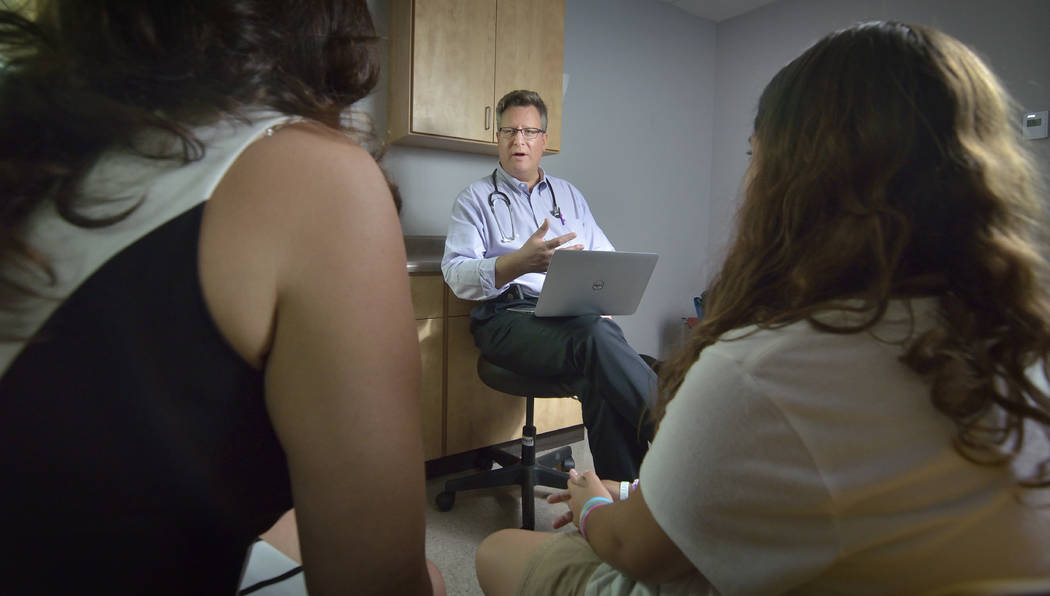 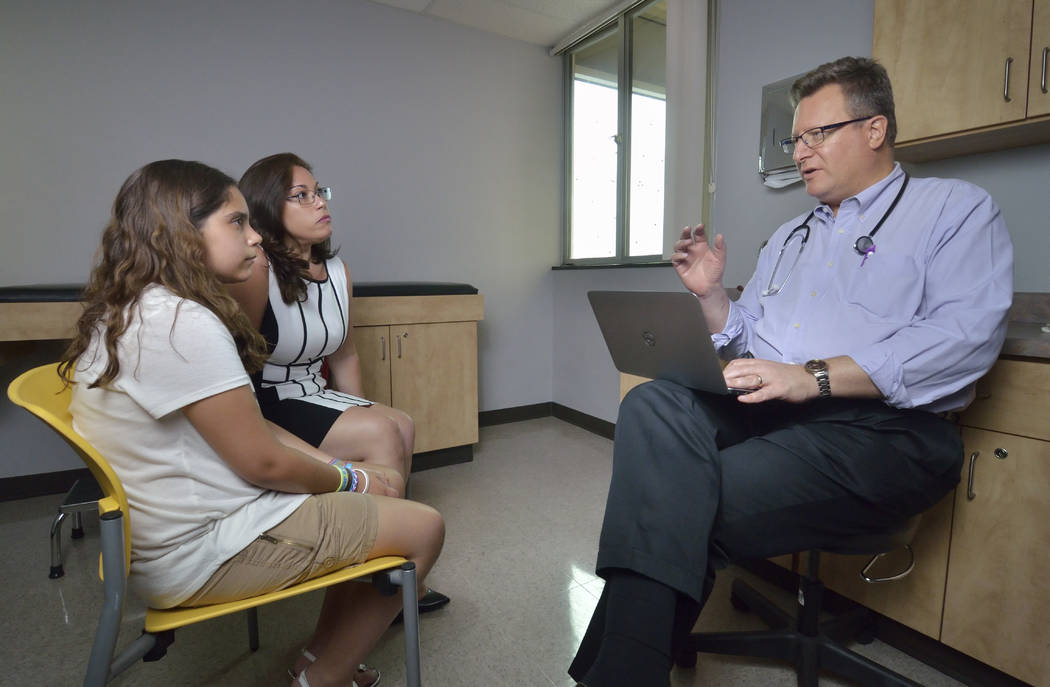 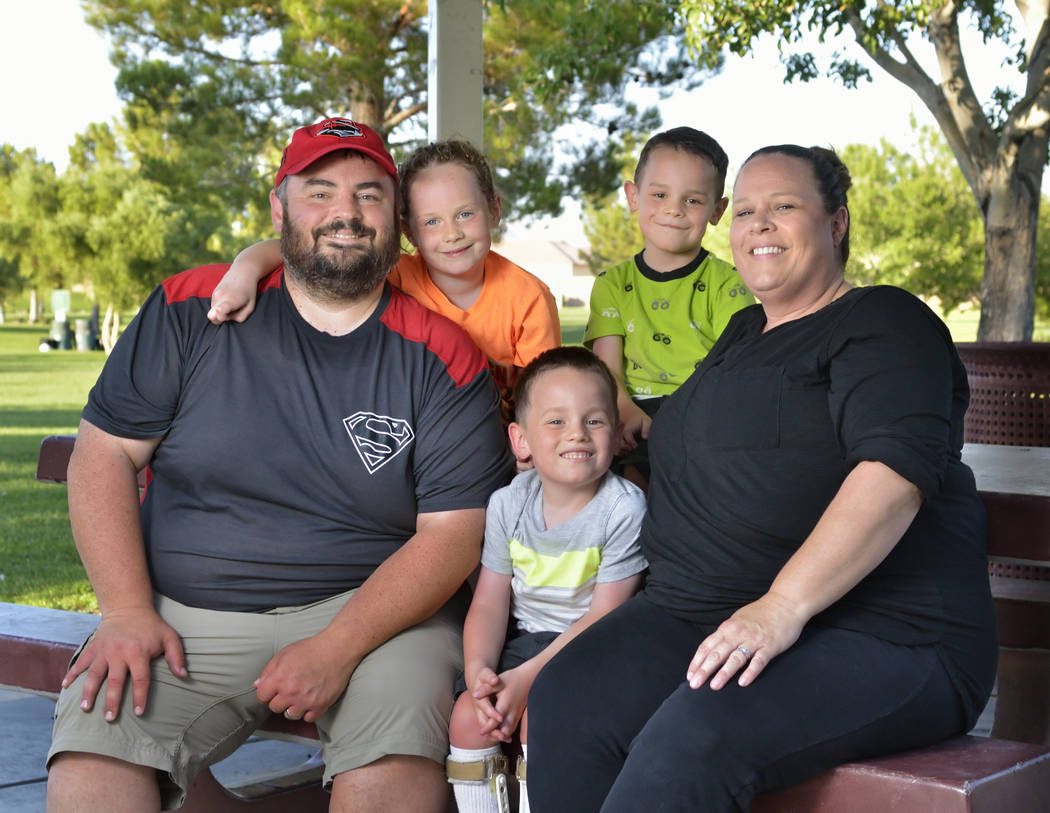 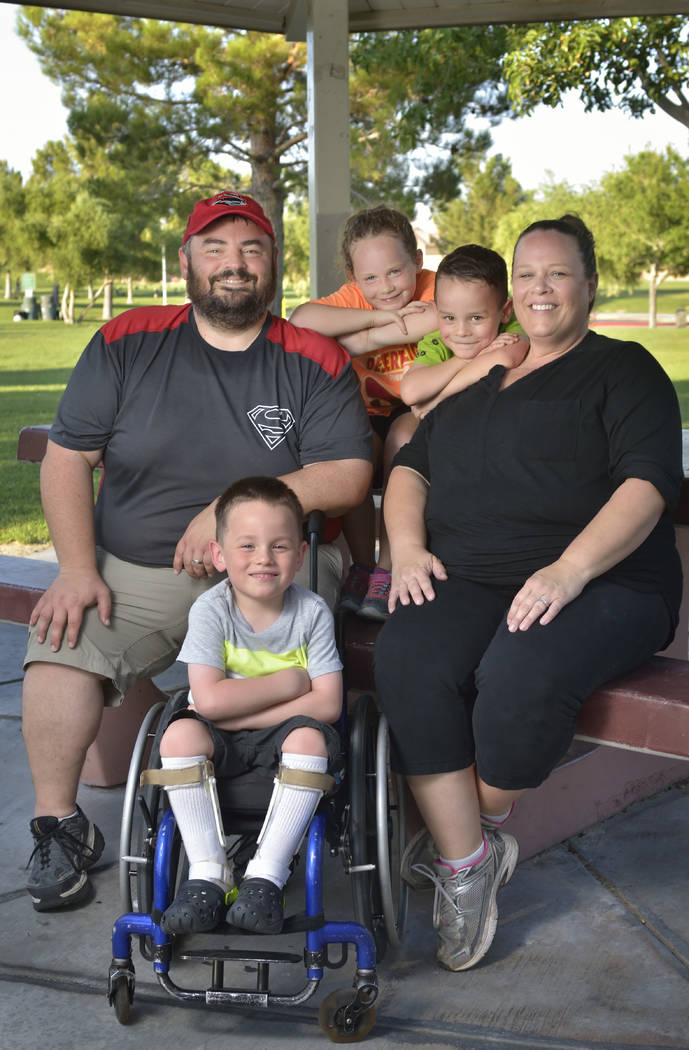 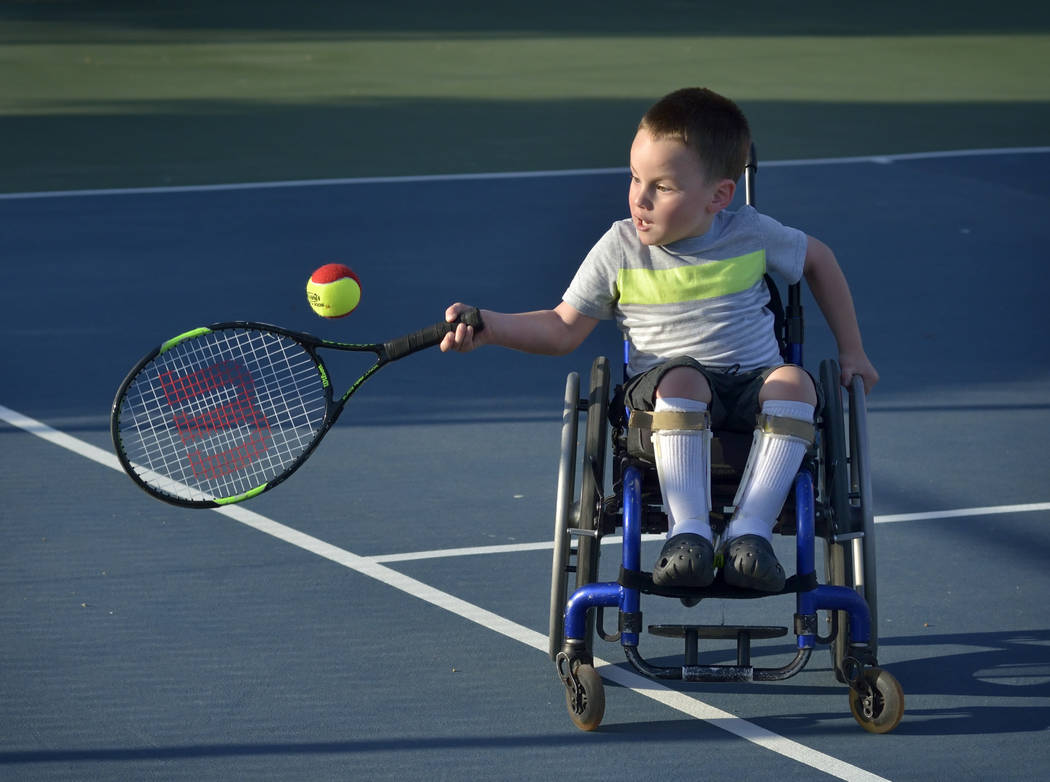 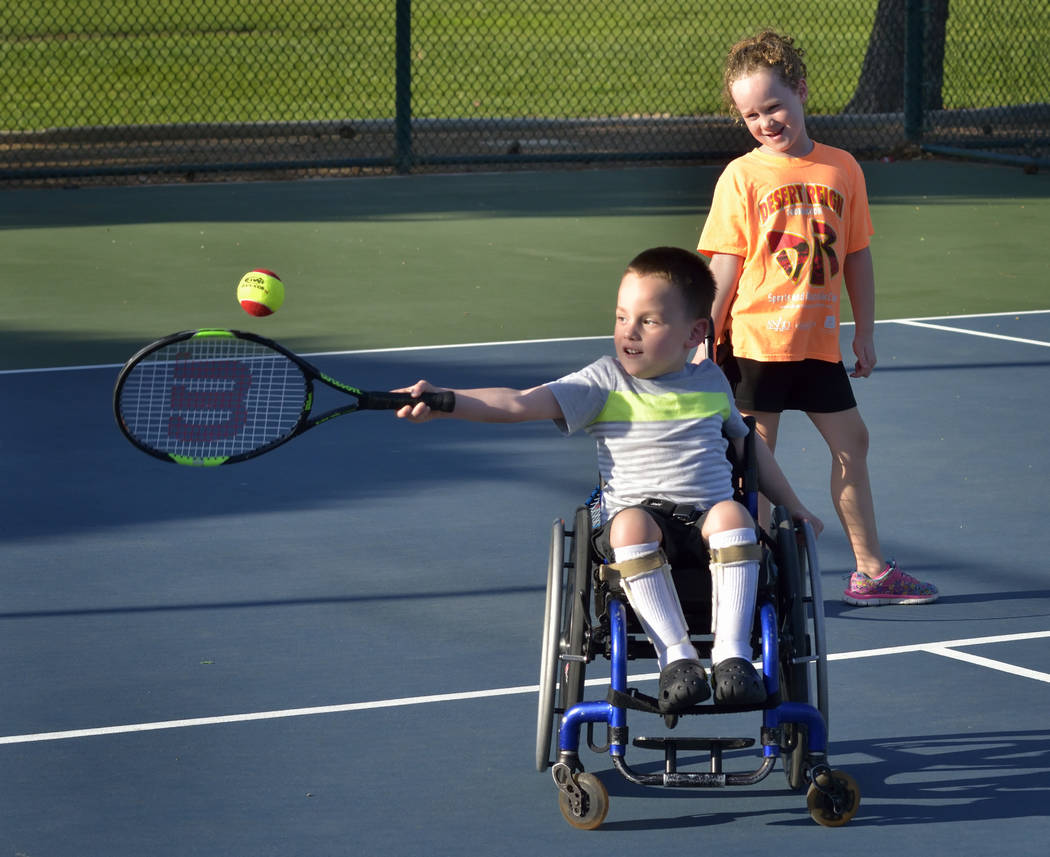 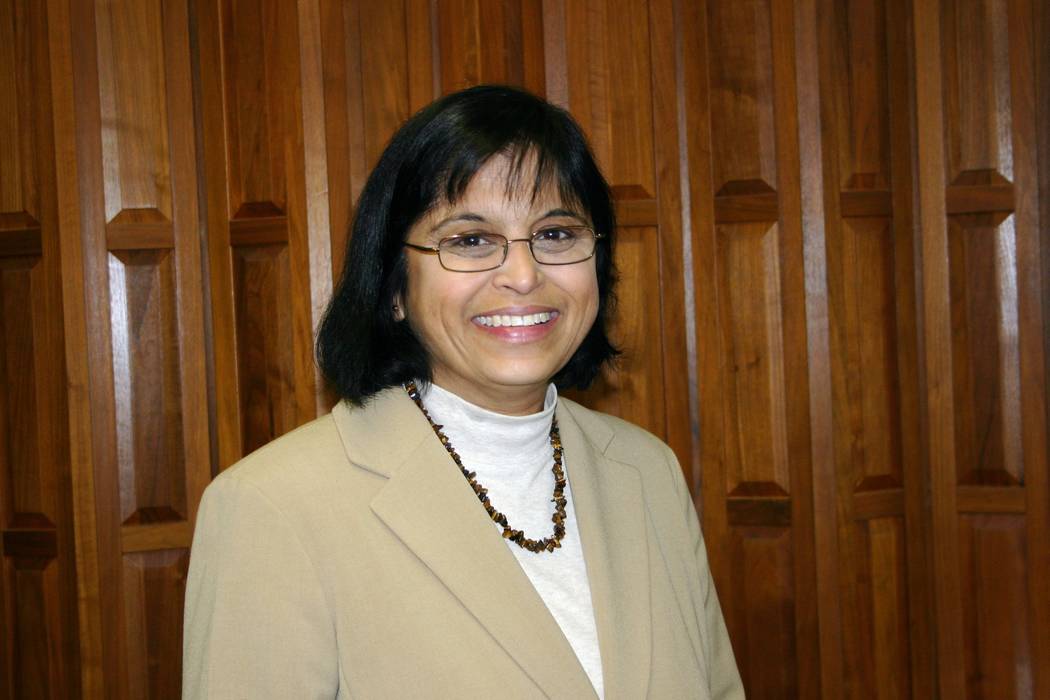 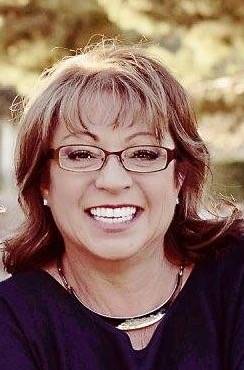 Annette Logan, president and CEO and co-founder of the Children’s Specialty Center of Nevada 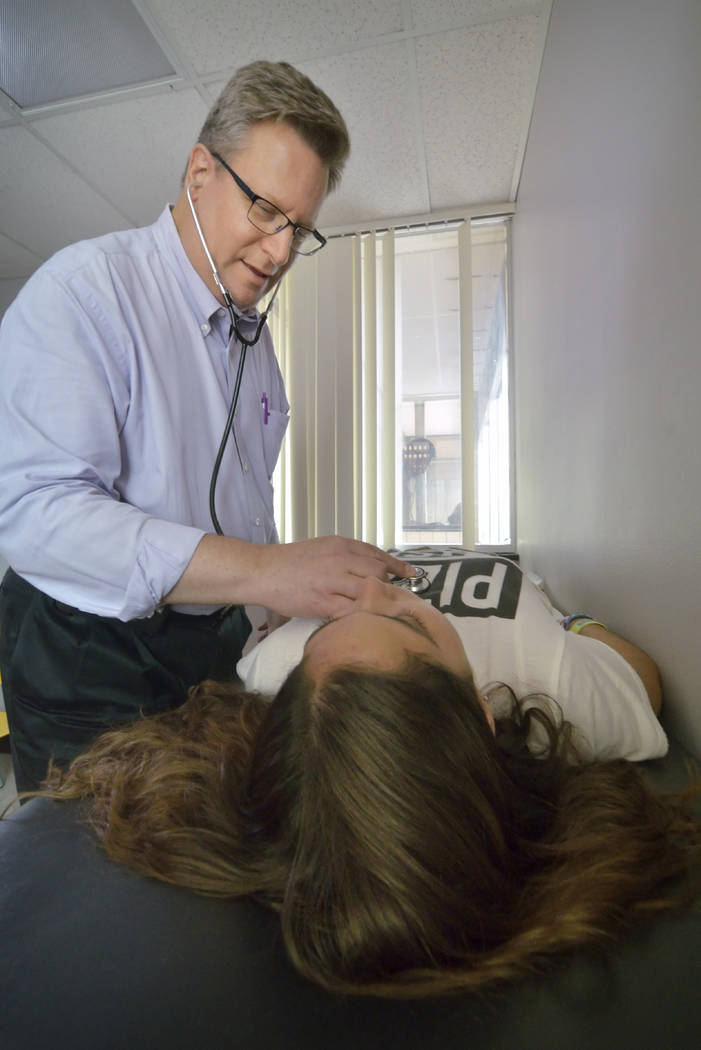 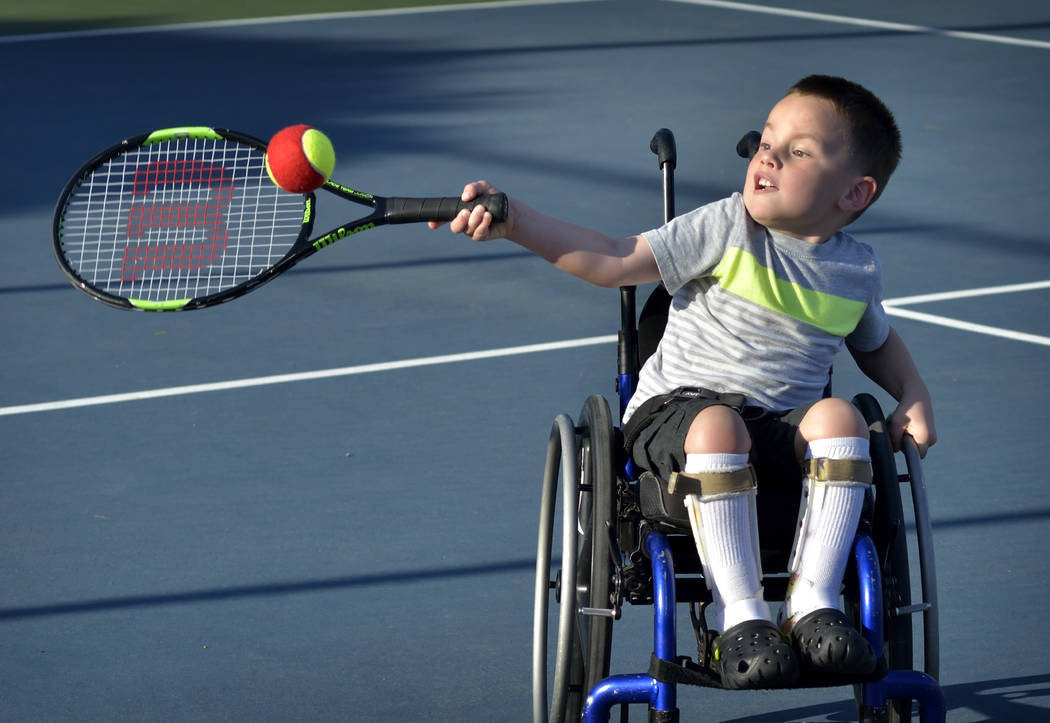 Three months, six emergency room visits, several physicians and a two-month wait to see a local pediatric gastroenterologist — that’s what it took for us to find the road out of town for answers when my daughter, Madison, 16, began experiencing chronic stomach and lower abdominal pain last year.

A Phoenix Children’s gastroenterologist performed extensive testing and diagnosed Madison with irritable bowl syndrome with functional abdominal pain, which the GI doctor described as like having a migraine of the stomach.

Although it took 11 months and multiple trips to Phoenix to find the right course of action with medication and pain management, Madison is finally on a path of healing.

Our family is not alone when it comes to dealing with the shortage of Las Vegas pediatric specialists and subspecialists. Clark County has just 317 of them, according to the state Medical Examiners Board. That’s about 4.5 pediatricians per a population of 100,000, far below the national average of 7 per 100,000, according to the health services research for the Office of Statewide Initiatives at the University of Nevada, Reno School of Medicine. The data ranked Nevada 47th in the country in its lack of pediatricians.

Several years ago, all those numbers and statistics became very real for Melissa and Francis McCabe. That’s when they noticed their 4-month-old son, Francis, wasn’t using his legs like his twin brother, Landon.

Melissa McCabe is the event marketing director for the Las Vegas Review-Journal and Francis McCabe is a former R-J reporter, who now is a media relations specialist for UNLV.

Like most families, they sought local resources but ended up being referred to Salt Lake City’s Primary Children’s Hospital. At 18 months, Francis was airlifted to the Utah hospital with severe pneumonia. It was then that a Utah neurologist discovered Francis had suffered a stroke in his spinal column while in embryo.

Things are a bit better these days for the McCabe family. Instead of traveling to Utah every three to four months, they make a trip every six months to see a rehabilitation specialist and yearly to a neurologist.

The cost has been significant. The first year, including the airlift to Utah, was more than $30,000. Today, it is less than $10,000 annually. Still, things would be easier if they could find the care they need in the valley.

“It’s sad that we don’t have the care here,” Melissa McCabe said. “I’d like to see Southern Nevada have the specialty medical care that other cities have so we and other families wouldn’t have to travel so far. As a parent, I would love to see that.”

The reasons for the lack of pediatric specialists and subspecialists in our area are complicated, and there are no easy solutions.

However, Nevada isn’t the only state being impacted. Shortages are being felt across the country due to the largest overall physician shortage in our nation’s history.

According to an Association of American Medical Colleges’ 2016 report, our nation is projected to have a shortage ranging between 61,700 and 94,700 physicians by 2025.

Pediatric specialists and subspecialists are two significant areas affected by the shortage. Reasons for this deficit include one-third of current physicians are aging out of the profession, and the reduced number of medical students entering pediatric specialties.

According to Dr. Mary Ellen Rimsza, MD FAAP, past chair of the American Academy of Pediatrics Committee on Pediatric Workforce, only 30 percent of pediatricians are entering pediatric specialty fields since it requires an additional three to five years of education, significant amount of student loan debt (anywhere between $200,000 to $500,000, depending on the school) and pediatrics typically pays less than most medical fields.

“There is a critical shortage of pediatric medical subspecialists and surgical specialists in the United States,” said Rimsza, who works at the University of Arizona College of Medicine in Tucson Arizona, said. “The number of children who need specialty care has increased due to the increasing number of children who have chronic diseases, such as diabetes, that require specialty care and the increase in children who have health insurance and can access care.”

The national crisis is magnified in Nevada. The state averages below the national trend with a larger deficit of pediatric specialists and subspecialists.

“We’re basically treading water,” said Tabor Griswold, an analyst for the health services research for the Office of Statewide Initiatives at the University of Nevada, Reno School of Medicine. She estimates the area needs slightly under a 50 percent increase in pediatric specialists to meet the U.S. median.

However, this slight increase in specialists doesn’t keep up with the area’s demand. The area continues to experience rapid population growth, further magnifying the overall physician shortage. The Census Bureau reported in December that Nevada ranked as the nation’s second-fastest growing state behind Utah.

Although the pediatric specialists number per 100,000 population is only slightly higher in California at 6.1 and Arizona 5.5, patients in those states have access to coordinated care Southern Nevada lacks.

According to Dr. Sherin U. Devaskar, M.D., physician-in-chief, Mattel Children’s Hospital UCLA, the hospital sees about 75 children annually from the Las Vegas area.

Phoenix Children’s Hospital has more than 75 different specialties with over 1,000 physicians on staff.

“Overall, we have seen a slight increase in patient volumes from Las Vegas over the last three years,” said Lia Foy, brand manager at Phoenix Children’s Hospital. The hospital has seen about 143 patient visits since 2015 from Nevada. Sixty-seven of those in 2016.

One reason Nevada has difficulty recruiting and retaining pediatric specialists to the area is the low reimbursement rates from the state-funded Medicaid and other insurance companies.

“Nevada has one of the lowest Medicaid reimbursement rates in the country,” said CEO and Managing Director for the Summerlin Hospital Medical Center Robert “Rob” Freymuller. Summerlin Hospital is operated by the Valley Health System and has a dedicated pediatric unit offering specialty care.

This low reimbursement rate affects pediatric specialties significantly due to the high volume of children on Medicaid insurance.

According to Dr. Howard Baron, MD, pediatric gastroenterologist, who’s been practicing in Las Vegas for more than 24 years, more than 50 percent of his patients are covered under Medicaid.

“Medicaid reimburses somewhere between one-eighth and one-quarter of what other health insurance plans reimburse for the same service,” Baron said. “It is barely at or even below what the cost is to provide the care. So if half your business is spent in a negative cash flow the other half has to be much better in order to make a living.”

According to Baron, it is difficult to get a new patient on the schedule, typically it takes two months. Once on the schedule, it takes an even longer time to get back in for a follow-up appointment, four months on average.

“I think that kind of analysis is really important,” O’Mara said. “If we really want pediatric specialists to come to Nevada we need to make that commitment financially.”

“I think having the multispecialty concept under one roof is important,” Logan said, who’s center sees an average of 100 children a day. “Because children with complex medical conditions need more than one specialist.”

“Our desire is to bring qualified, board-certified pediatric specialist and subspecialists to our community,” Logan said. “We’re constantly looking for solutions on how we can meet the community needs in this area.”

The role of academics

A key factor for increasing pediatric specialists and subspecialists in Nevada is the capacity of public and private higher-education medical institutions in the state to produce graduates and retain them.

This requires medical residency and fellowship programs. Research shows students who complete their under-medical education and graduate-medical education in the same state have a 70 percent chance of remaining in the state, this according to a 2013 report compiled by Tripp Umbach.

According to Griswold, since 2009, Nevada has seen medical students leave the state for graduate-medical education training but 45 percent to 75 percent of pediatric specialists return to the state to practice medicine.

“In pediatrics, they leave for their subspecialty training,” Griswold said. “But half to three-quarters return. They understand the shortage is intense and they come back.”

According to Nevin W. Wilson, MD, professor and chair of pediatrics, UNLV School of Medicine, UNLV offers the only residency for pediatrics in the entire state. It takes 13 residents per year for the three-year program. The residency started in 1997 as part of the University of Reno and was transferred to UNLV on July 1.

“Since pediatricians get paid less than other physicians it is harder for us to generate the money from clinical income that goes into running a modern residency,” Wilson said. “We have to rely more on other sources of income. ACGME, the organization that accredits residencies has a number of requirements for pediatric specialties that are very specialized and do not generate enough income to pay their own way let alone help pay for the residency, so that is another factor that makes it more difficult for pediatrics.”

“Residencies are inherently very expensive and the funding ends up coming from multiple sources,” Wilson said. “Ours is funded by state funding, clinical income, research funds, philanthropy and generous support from both UMC Children’s Hospital and Sunrise Children’s Hospital.”