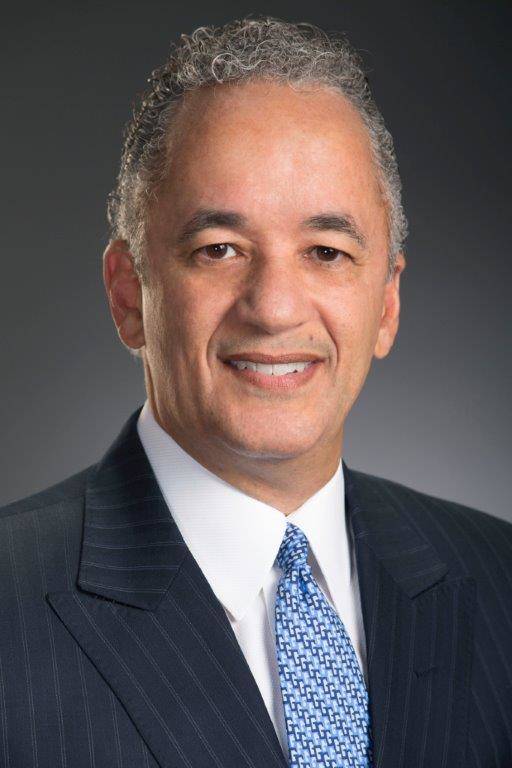 John R. Bailey was listed in The Best Lawyers in America for 2018 in commercial litigation, health care law and litigation — health care. 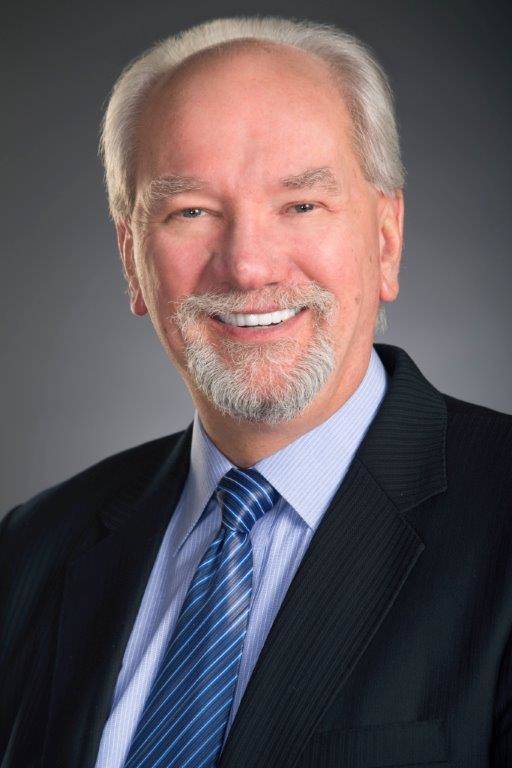 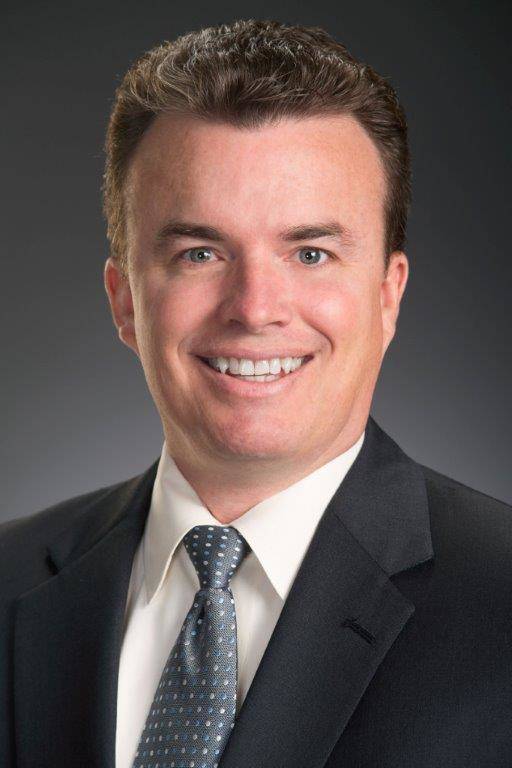 Joshua M. Dickey was selected by his peers for inclusion in The Best Lawyers in America for 2018 in appellate practice. 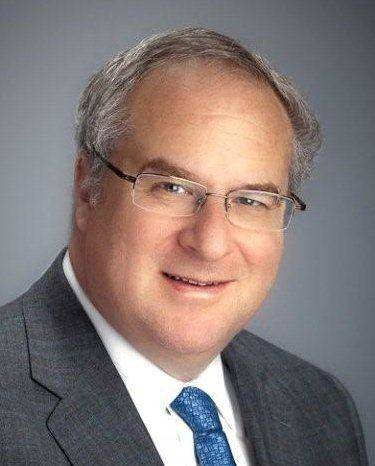 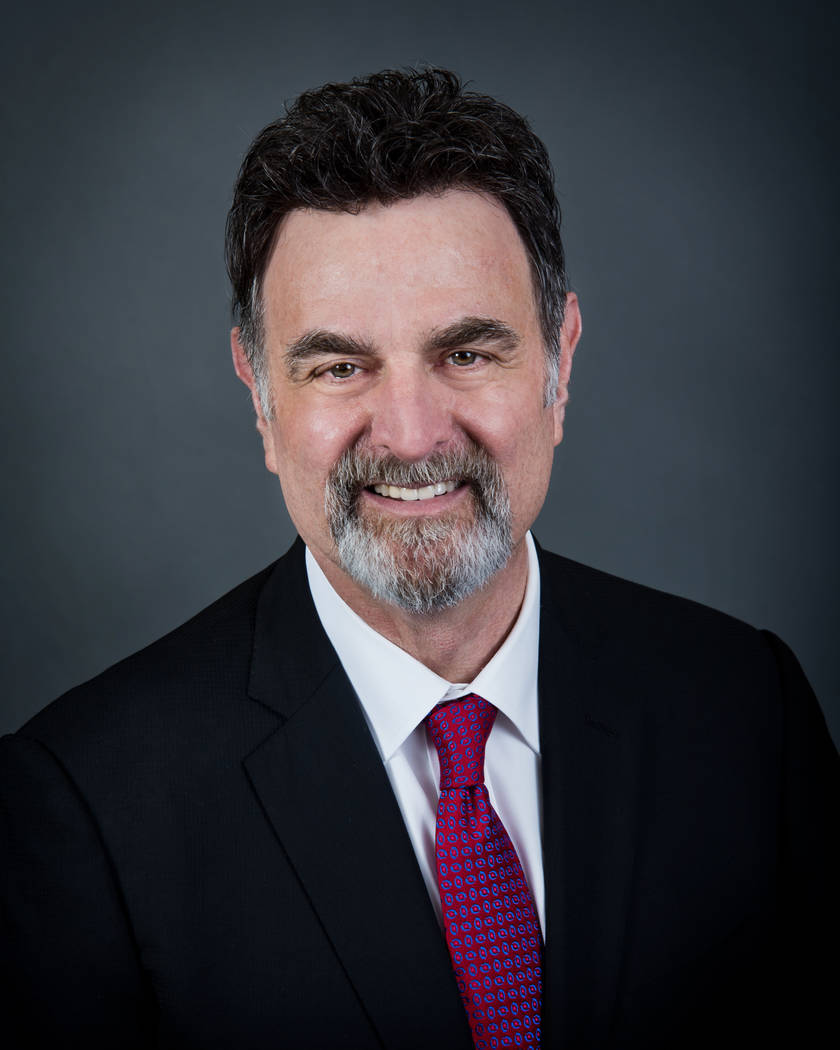 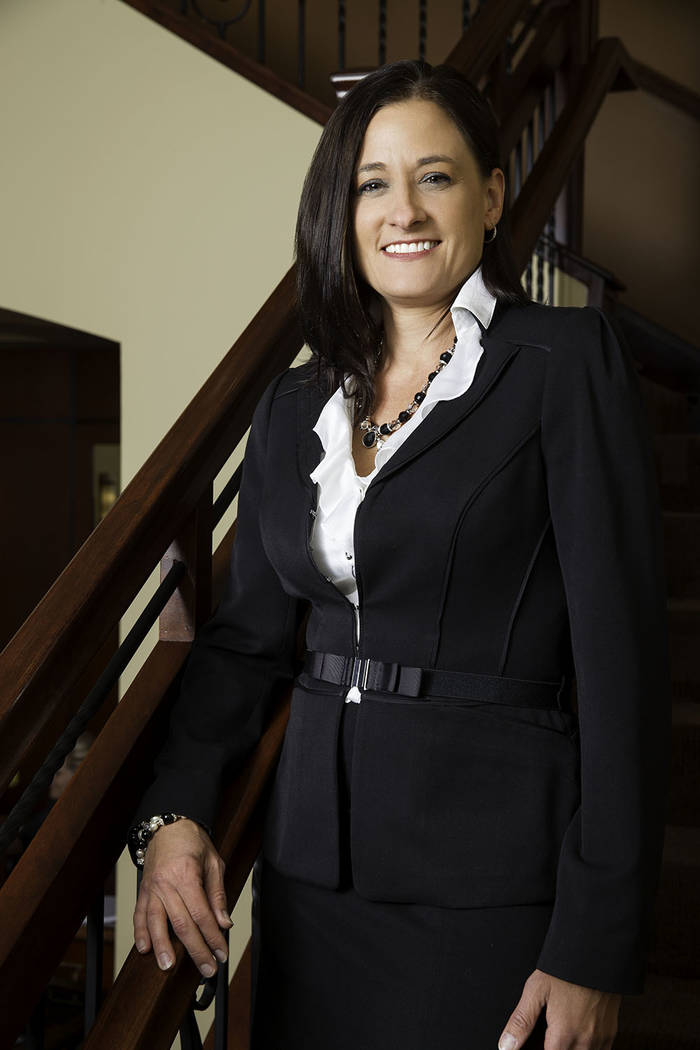 Managing partner Dana A. Dwiggins of the firm Solomon Dwiggins & Freer was listed in Best Lawyers in America 2018. (Courtesy) 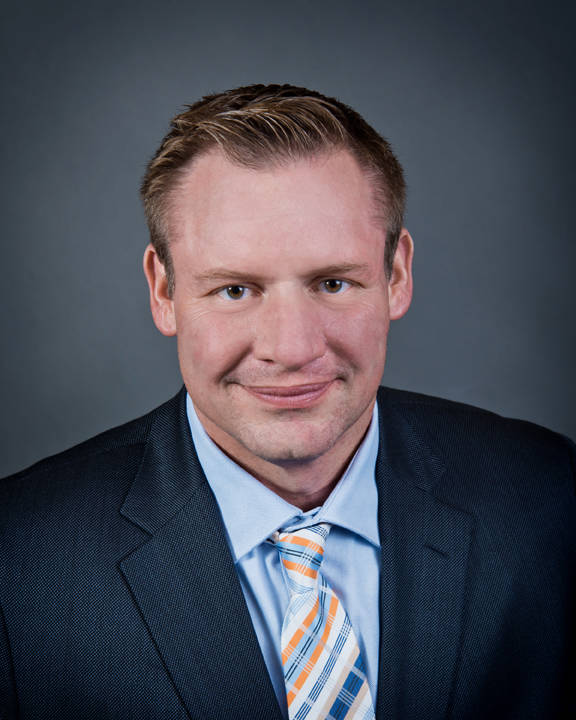 Shannon Petersen, Debby Herman and 25 other Zions Bancorporation colleagues were among the nation’s award-winning executives honored at an awards ceremony hosted by American Banker magazine on Oct. 5 in New York City. 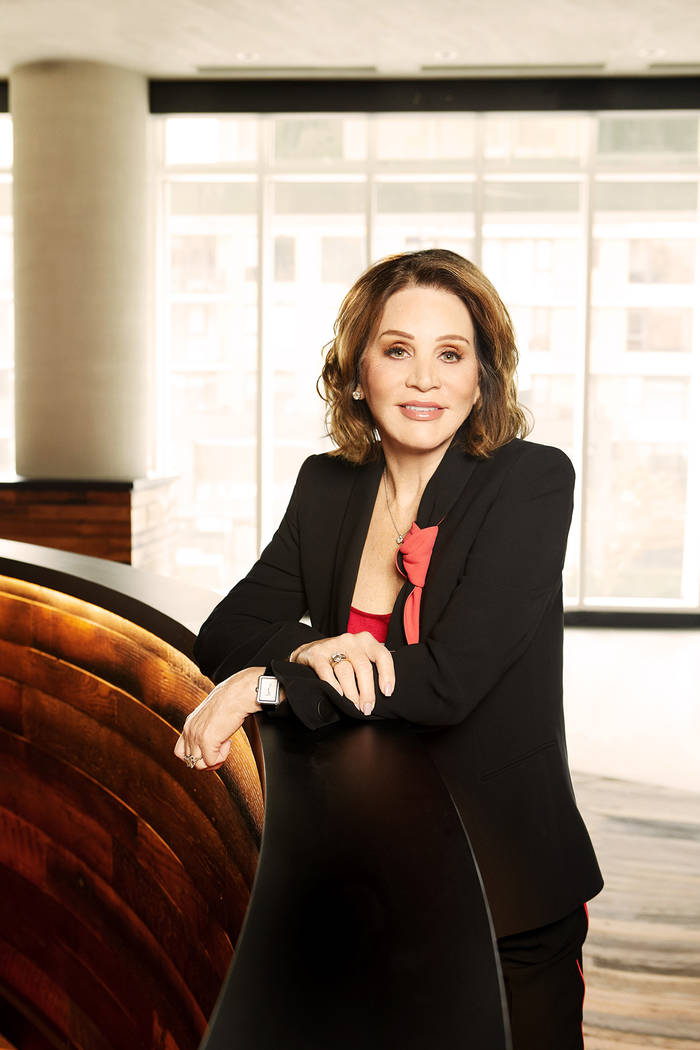 Diana Bennett, a casino management luminary and renowned philanthropist, was inducted into the Gaming Hall of Fame’s Class of 2017. (Courtesy) 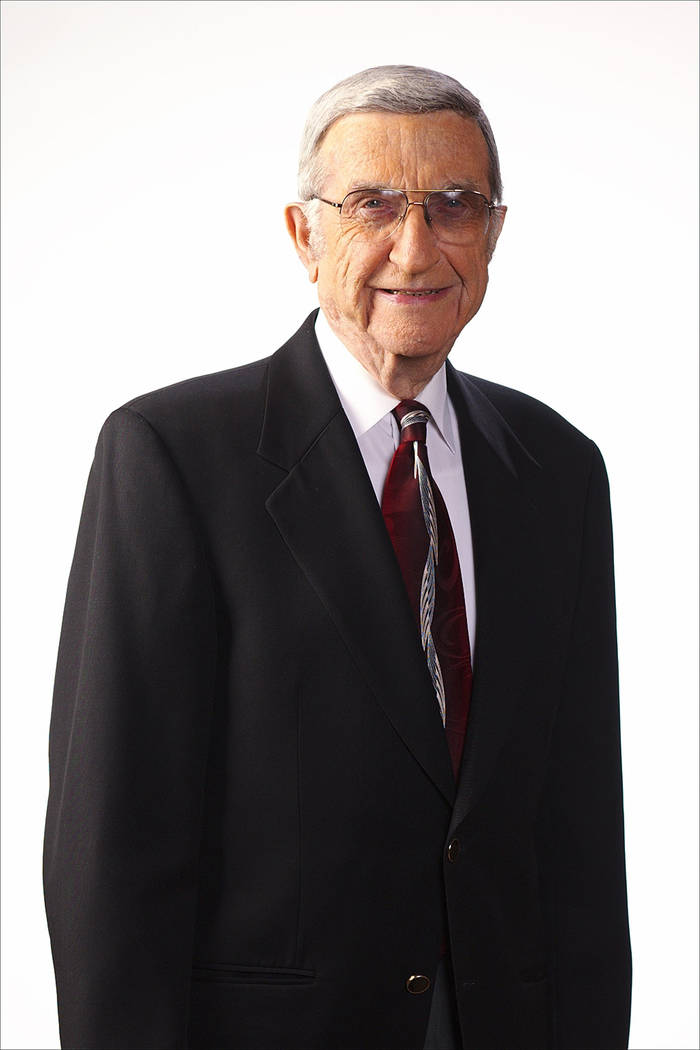 The American Gaming Association inducted Melvin B. Wolzinger, a prominent Nevada businessman and Las Vegas community leader, into the Gaming Hall of Fame’s Class of 2017. (Courtesy) 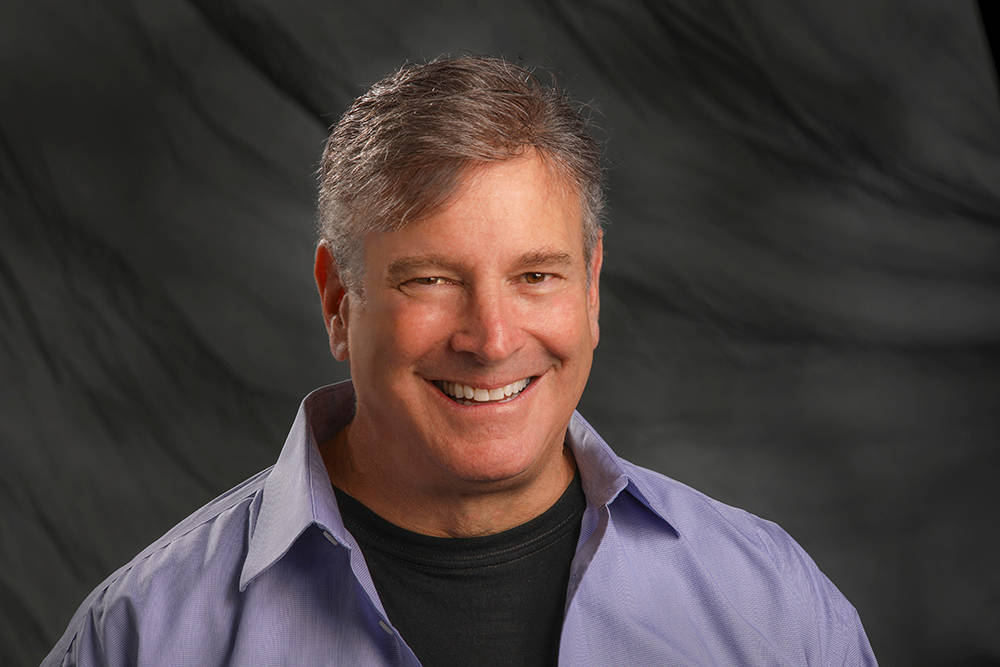 Joe Kaminkow, the legendary slot game designer who pioneered the industry in licensing branded games, was one of the four honorees inducted into the Gaming Hall of Fame’s Class of 2017. (Courtesy) 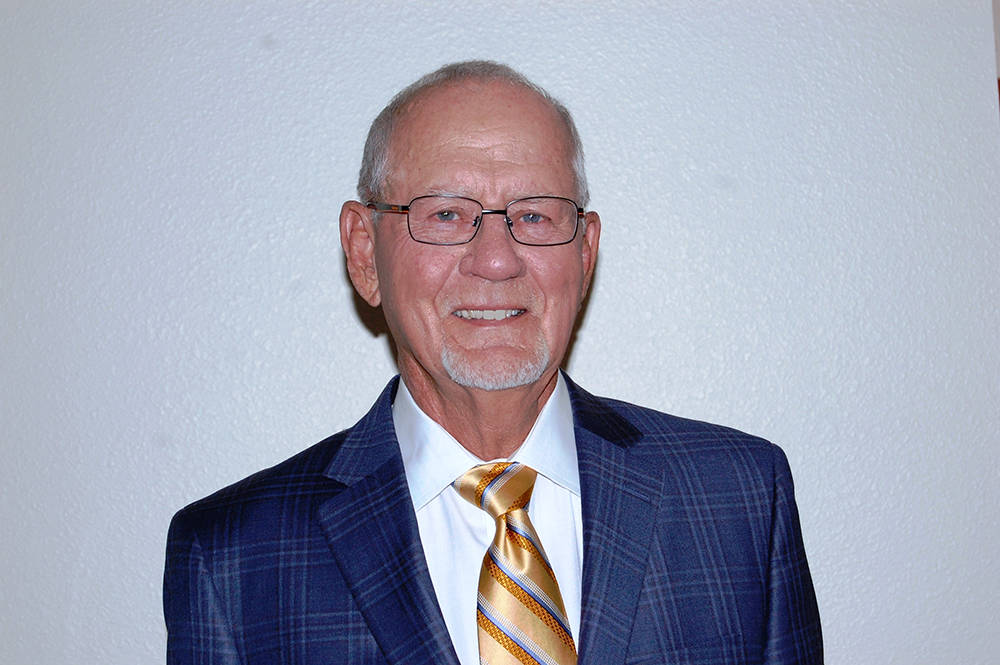 John Breeding, the visionary behind the electronic card shuffler and proprietary table games, was inducted into the Gaming Hall of Fame’s Class of 2017. (Courtesy)

JOHN R. BAILEY LISTED IN THE BEST LAWYERS IN AMERICA 2018

John R. Bailey was selected by his peers for inclusion in The Best Lawyers in America for 2018 in commercial litigation, health care law and litigation — health care.

He was named Best Lawyers 2013 “Lawyer of the Year” for Healthcare Law in Las Vegas.

Bailey has been practicing law in Nevada for more than 30 years with an emphasis on commercial and corporate litigation, administrative health care law and gaming law. He is the chairman of the Moral Character and Fitness Committee of the Nevada State Bar. He has served as chairman of the Governing Board of the Andre Agassi College Preparatory Academy and is a member of the board of directors of the Council for a Better Nevada; The Public Education Foundation; and Las Vegas Global Economic Alliance. Bailey also serves on the board of directors of Boyd Gaming Corp.; and, prior to its acquisition, served on the board of directors of SHFL entertainment Inc. and was chairman of its governance committee. He is a past chairman and member of the Nevada Athletic Commission.

Since it was first published in 1983, Best Lawyers has become universally regarded as the definitive guide to legal excellence. Best Lawyers lists are compiled based on an exhaustive peer-review evaluation in which 83,000 industry leading attorneys are eligible to vote (from around the world) and almost 10 million evaluations on the legal abilities of other lawyers based on their specific practice areas were received. For the 2018 Edition of The Best Lawyers in America, 7.4 million votes were analyzed, which resulted in more than 58,000 leading lawyers being included in the new edition. Lawyers are not required or allowed to pay a fee to be listed.

For over 40 years, Kennedy has represented many of the country’s leading drug, health care, insurance, tobacco, hotel-casino and other companies in both the enforcement and defense of their rights. Kennedy was the co-editor of the “Nevada Civil Practice Manual” (the definitive authority on Nevada civil practice and procedure) from 2001-2013. He is an adjunct professor at the UNLV William S. Boyd School of Law.

Joshua M. Dickey was selected by his peers for inclusion in The Best Lawyers in America for 2018 in appellate practice. His legal practice focuses on business litigation, including disputes in such areas as commercial law, corporate law, business torts and health care law. In addition to his litigation practice in the trial and appellate courts, he advises clients on matters concerning corporate governance, trade secrets and covenants not to compete.

He is a member of the Southern Nevada Disciplinary Board of the State Bar of Nevada.

For over 30 years, Goldstein’s practice has focused on real estate, business, and corporate law. He has organized numerous Nevada corporations, partnerships and limited liability companies for the ownership of property used for hotels, casinos and other land development operations. He has assisted clients in the acquisition, development and disposition of property. He has helped clients borrow money and sell equity interests in projects such as planned residential communities, electrical power plants, chemical facilities, hotels, resorts and medical facilities. Goldstein has written contracts and given legal advice for many types of land development operations.

Nationally, the law firm was named to the 2018 Best Law Firms by U.S. News — Best Lawyers. The firm also received “Tier 1 Rankings” for its employment and labor law practices as well as its labor and employment litigation practice.

The firm has been included in every edition of the prestigious rankings since its inception in 2010.

Fisher Phillips’ Regional Managing Partner in Las Vegas Mark Ricciardi said: “Since opening its doors, Fisher Phillips has been committed to providing clients the best legal service in the labor and employment sector. It is gratifying to receive the continued recognition for our dedication, experience, and knowledge.”

Firms included in the 2018 “Best Law Firms” list are recognized for professional excellence with persistently impressive ratings from clients and peers. Achieving a “First-Tier” ranking signifies a quality law practice and breadth of legal experience and knowledge.

The 2018 Edition of The Best Lawyers in America was based on 7.4 million evaluations of lawyers by other lawyers, which resulted in about 58,000 leading lawyers being included in the new edition. Lawyers are not required or allowed to pay a fee to be listed.

Managing partners Mark A. Solomon and Dana A. Dwiggins, and partner Alan D. Freer of the firm Solomon Dwiggins & Freer, a Las Vegas-based boutique law firm dedicated to trust and estate law, were recently selected by their legal peers for inclusion in Best Lawyers in America 2018.

LAS VEGAS BANKERS RANK AMONG ‘MOST POWERFUL WOMEN IN BANKING’

Petersen is executive vice president/corporate banking manager for Nevada State Bank, responsible for all aspects of corporate and commercial banking throughout the state. She has been with the bank since 2001 and in 2012, was the first woman selected to join the executive management team.

Herman, senior vice president and region manager, is responsible for the sales, service, operations and profitability of 20 branch locations serving the metropolitan and rural areas of Northern Nevada, spanning 10 counties. She has been with the bank since 2010.

“I’m proud that Shannon and Debby are recognized as today’s leaders in the banking industry,” said Terry Shirey, president and CEO at Nevada State Bank. “Their leadership, hard work and commitment greatly contribute to the success of their teams and to the benefit of our clients across the state.”

Petersen, Herman and 25 other Zions Bancorporation colleagues were among the nation’s award-winning executives honored at an awards ceremony hosted by American Banker on Oct. 5 in New York City.

The American Gaming Association inducted four honorees into the Gaming Hall of Fame’s Class of 2017. The inductees are: Diana Bennett, a casino management luminary and renowned philanthropist; John Breeding, the visionary behind the electronic card shuffler and proprietary table games; Joe Kaminkow, the legendary slot game designer who pioneered the industry in licensing branded games; and Melvin B. Wolzinger, a prominent Nevada businessman and Las Vegas community leader.

The four were honored at a ceremony honoring Oct. 4 at the Chairman’s Reception during the annual Global Gaming Expo (G2E), presented by AGA and Reed Exhibitions.

“The Class of 2017 was instrumental in shaping the casino-gaming industry,” said Geoff Freeman, president and CEO of the AGA. “From revolutionizing the way games are seen and experienced, to reshaping employee operations and business development, these leaders’ achievements extend throughout the nation, and even the world.”

Since its formation in 1989, the Gaming Hall of Fame has awarded the industry’s highest honor to leaders who have distinguished themselves through significant contributions to gaming. This year, more than one hundred accomplished candidates were nominated for the prestigious recognition. The selection committee comprises seven industry stakeholders, including Bo Bernhard, executive director at the International Gaming Institute at University of Nevada-Las Vegas; Phyllis Gilland, senior vice president and general counsel of American Casino & Entertainment Properties; Roger Gros, publisher of Global Gaming Business; Ryan Growney, general manager at South Point; Gavin Isaacs, vice chairman of the board at Scientific Games; Jim Murren, chairman and CEO of MGM Resorts International; and Victor Rocha, owner and editor of Pechanga.net.