Skip to content
Sign up for our newsletter
section-ads_high_impact_1
SPECIAL TO LAS VEGAS BUSINESS PRESS
June 5, 2017 - 12:33 am 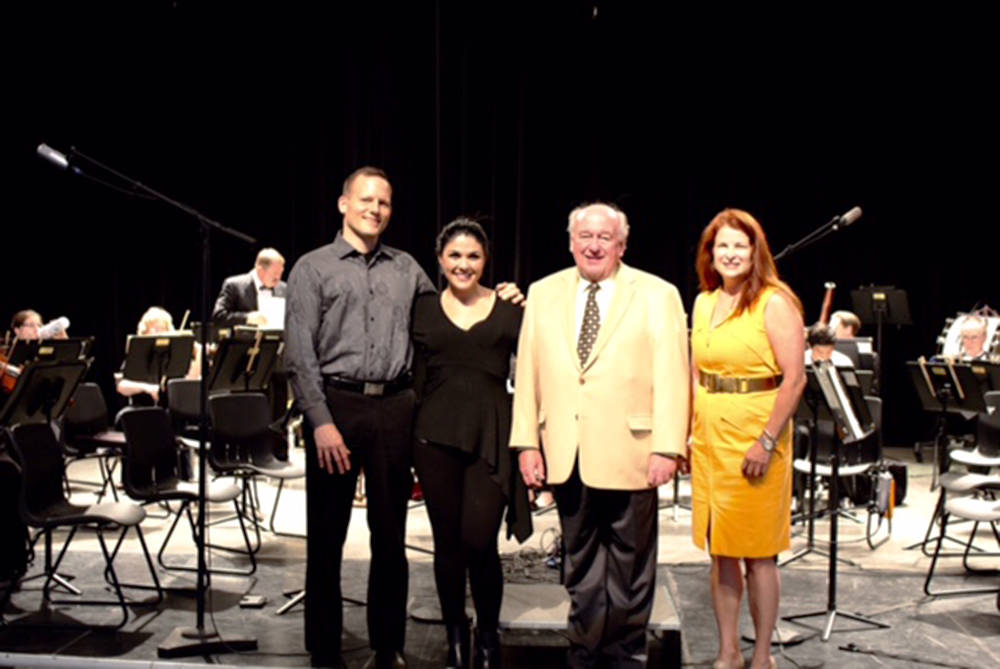 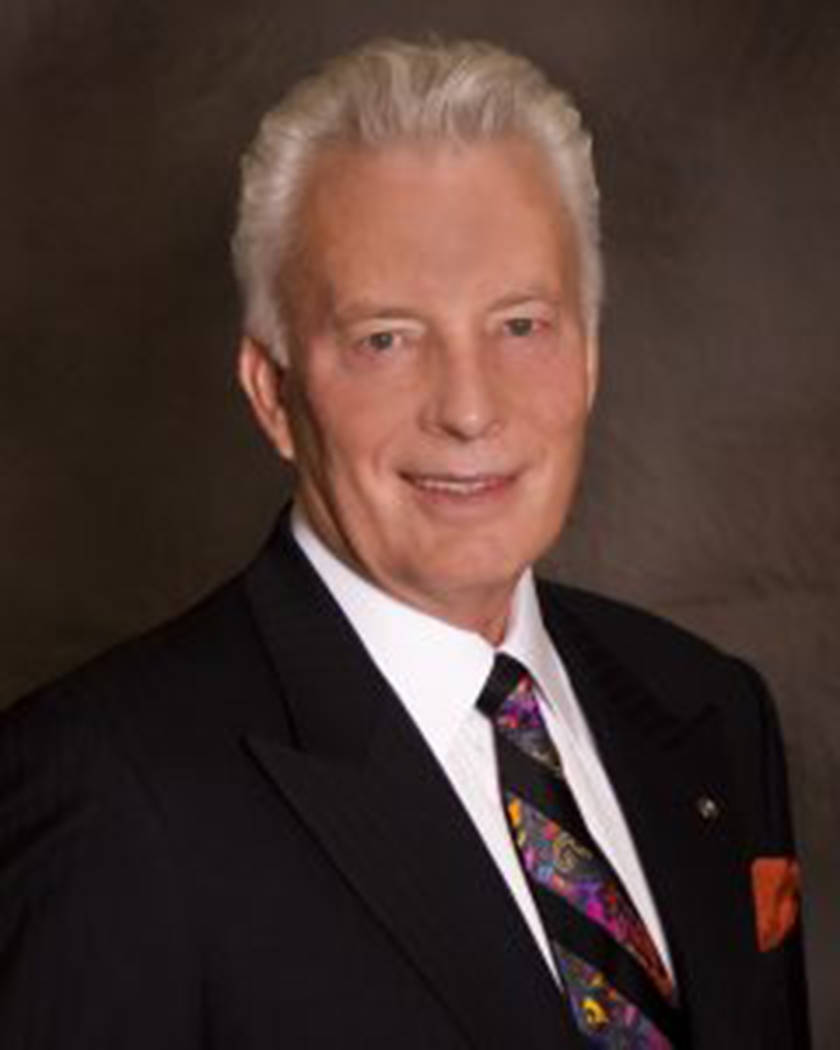 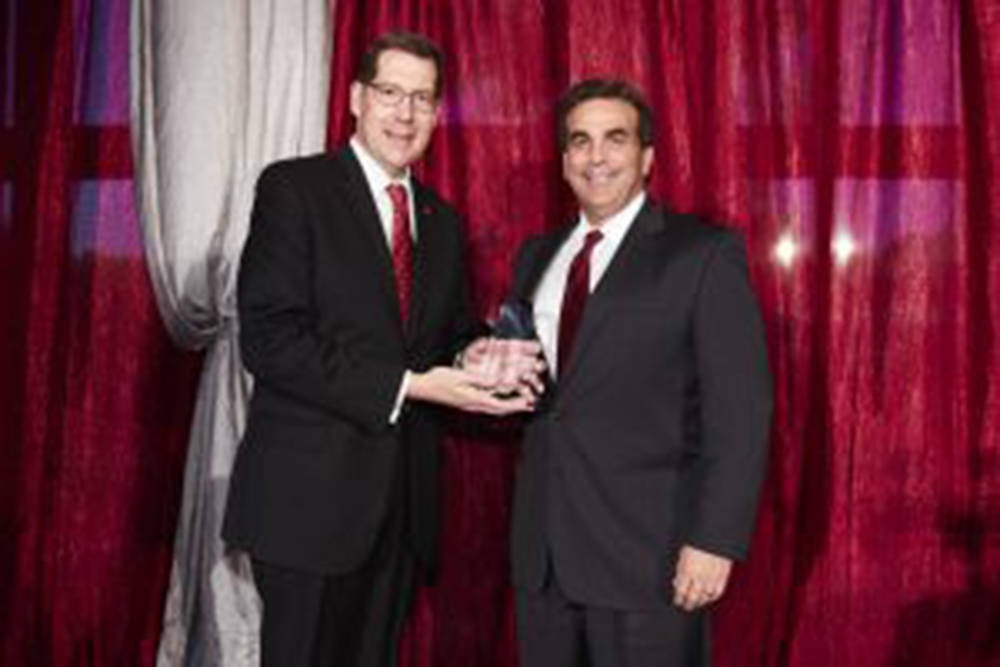 Bank of Nevada CEO John Guedry received the 2017 Lee Business School Alumnus of the Year Award. The University of Nevada, Las Vegas Alumni Association presented the award to graduates for their outstanding contributions to the university as well as the community at-large. L to R: Patrick Smith, UNLV Alumni Association president and John Guedry, CEO, Bank of Nevada. (Credit: UNLV)

Bank of Nevada CEO John Guedry was awarded the Lee Business School Alumnus of the Year Award during a ceremony honoring University of Nevada, Las Vegas graduates for their outstanding contributions to the university and the community at large. Guedry credits the completion of his degree at UNLV with providing him valuable life lessons. Guedry has spent 35 years in the financial sector, joining Bank of Nevada in 2011. He was promoted to CEO in 2015.

NAR established the DSA in 1979 to honor Realtors who have made outstanding contributions to the real estate industry and who serve as leaders in their local communities. The award is considered the highest honor a NAR member can receive. Recipients must be active at the local, state and national association levels.

Woodcock will be presented with the DSA award during the NAR Board of directors meeting at the Realtors Conference &Expo scheduled for Nov. 6 in Chicago.

President and CEO of Rustler Investments Dan Shaw donated $5,000 to Henderson Symphony Orchestra, a group of more than 100 volunteer musicians and board members.

Henderson Symphony Orchestra performed its season finale May 12 at the Henderson Pavilion featuring guest pianist Michael Sheppard. Symphony Chairman Steve Rice recognized that the performance by Sheppard was made possible with Shaw’s donation.

Shaw has been recognized as a visionary sponsor of the Henderson Symphony Orchestra. Additionally, he serves as chairman of the Clark County Planning Commission. He was previously chairman of Henderson’s Parks &Recreation board for 12 years. He was recently recognized as the National Outstanding Citizen for his leadership in the parks and recreation industry, and he holds membership in several prestigious organizations.

The National Association of Health Underwriters represents 100,000 professional health insurance agents and brokers who provide insurance for millions of Americans.

Desert Springs Senior Living was honored with the Ensign Flag, a symbol of stellar quality in the assisted living arena. Requirements of the award include resident, employee and family satisfaction surveys, excellent survey results and financial performance, a professional appearance/environment, high marks in culture, great clinical performance and results, occupancy and compliance.

On behalf of Smith’s, the foundation accepts applications annually from CCSD seniors who have overcome a serious personal challenge or adversity, and a team of Smith’s associates selects four students to receive $2,000 scholarships. Recipients are most often ineligible for other scholarships that require exceptional grades. All applicants must plan to attend an accredited postsecondary institution, and verification of college enrollment is required. The scholarships are applied to tuition, fees and other appropriate educational expenses and disbursed in equal payments over two semesters.

Smith’s has a long history of supporting the Personal Best Scholarships since the program’s inception in 1995, and it has donated more than $200,000 to the Public Education Foundation’s programs.