Skip to content
Sign up for our newsletter
section-ads_high_impact_1
SPECIAL TO LAS VEGAS BUSINESS PRESS
January 2, 2018 - 7:04 am 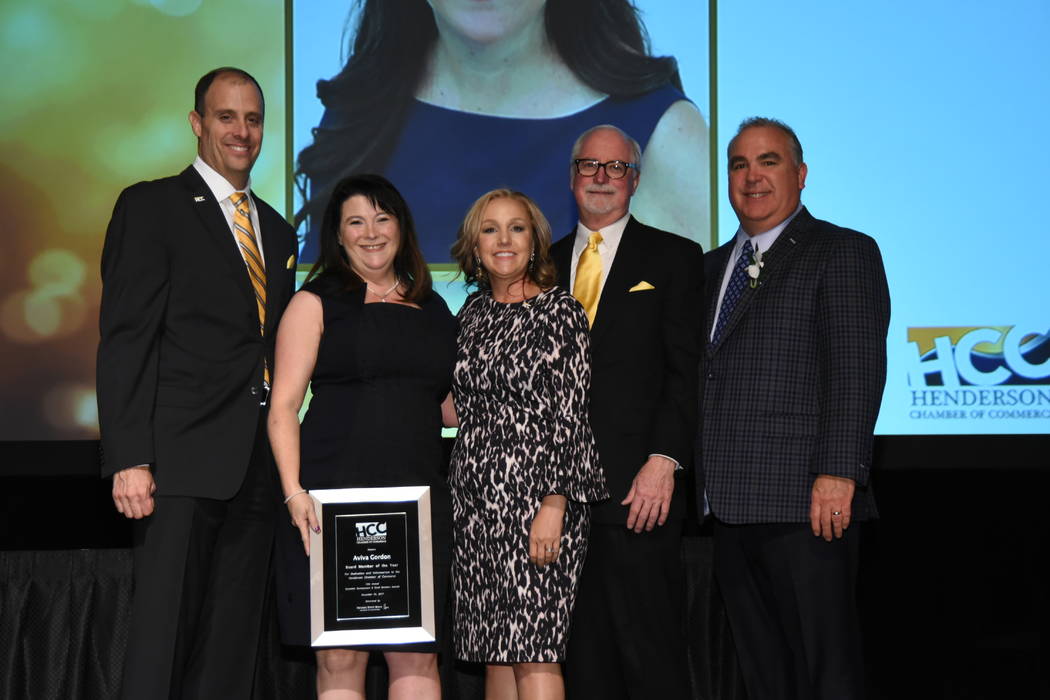 From left, Scott Muelrath, president and CEO of the Henderson Chamber of Commerce; Aviva Gordon, Gordon Law and recipient of Board Member of the Year Award; Amber Stidham, government affairs director; Robert Anderson, chair of the Henderson Chamber of Commerce Executive Board; and Tim Brooks, owner of Emerald Isle Casino and 2016 Board Member of the Year honoree, celebrated during the Small Business and Economic Development Awards on Nov. 30. (Courtesy)

The awards program recognizes businesses that have impacted the growth of the city in a variety of ways. The following won in their categories:

“Redevelopment is a big part of the future of this historic city,” said Barbra Coffee, director of economic development and tourism for the city of Henderson. “It’s also about having a great sense of pride for our community, and these honorees have that tenfold.”

• All in the Family Award — Pasta Shop Ristorante and Art Gallery

• Ambassador of the Year Award — Eliza Budiarto with Gamaprint

• Board Member of the Year Award — Aviva Gordon of Gordon Law

“At the end of the year, small businesses, especially, need to know the work is appreciated, and this event is our way of recognizing all the hard work throughout the year,” said Scott Muelrath, president and CEO of the Henderson Chamber of Commerce. “All business drives the economy of the community, but small business is at the heart of all that, and we wanted them to know they’ve been seen and appreciated.”

Henderson Chamber members nominated local businesses for the awards, and a committee chose three finalists in each category that were voted on by the membership as well as the general public.

The Henderson Chamber of Commerce is a nonprofit, professional organization committed to promoting and supporting member businesses.

For more information, call the Henderson Chamber of Commerce at 702-565-8951 or visit hendersonchamber.com.