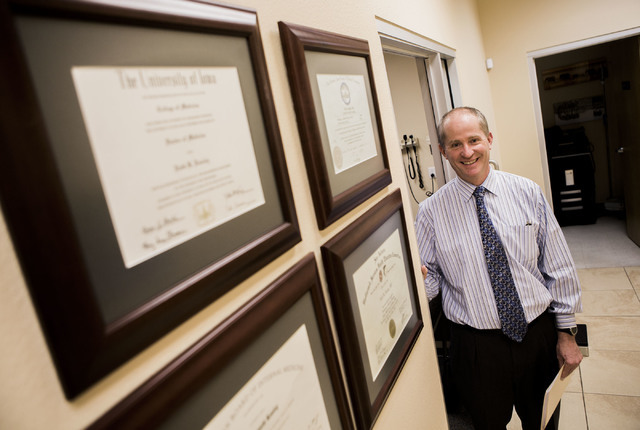 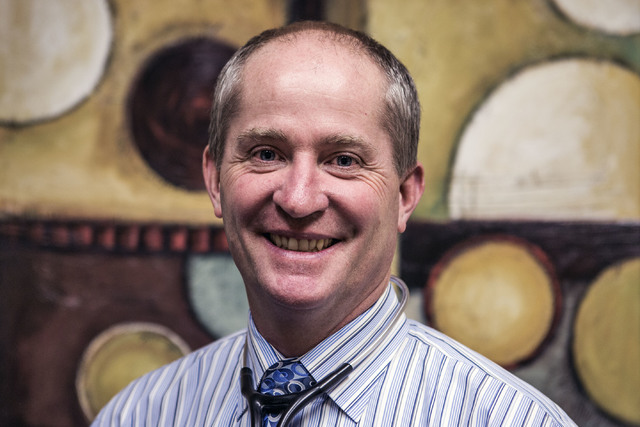 Genetic testing and evaluation to determine risk for disease and cancer is becoming a larger part of the medical landscape in Las Vegas.

Patients are turning to health care providers in greater numbers for genetic testing and counseling if they have someone in their family who’s been diagnosed with cancer or with other ailments they fear they may have inherited a higher risk.

The goal is early detection and prevention.

Practices like Provenance Healthcare, a genetic counseling and testing provider, are keeping busy working in this field of personalized medicine.

“We’re a clinical practice that provides consultations for patients at risk or who have disease,” said Provenance’s Dr. Robb Rowley, an adjunct professor of internal medicine for the University of Nevada School of Medicine. “We go through the pre-and post-genetic counseling and help them understand the risks they have and help them through the process of getting tested. We bring them back and help them understand what the test means in terms of their personalized health.”

As an internal medicine doctor, Rowley said it’s a service that patients are clamoring for. That’s a big change from when the medical community had to convince people it was part of health care, he said.

What changed the industry, he said, was a 9-0 decision by the U.S. Supreme Court in June 2013 that said human genes couldn’t be patented because it was a person’s own natural information, Rowley said. The case involved Myriad Genetics of Utah, which held patents on genes relating to the increased risk of hereditary breast and ovarian cancer. Doctors and scientists challenged those patents, and the ruling opened the health care industry to offer testing.

While initially expensive, genomic testing has subsequently come down in price.

“Once they lost their patent, you had an explosion of different vendors that provide the testing, and the cost is going down significantly,” Rowley said.

Advertising — much like the pharmaceutical industry’s push for prescription drugs – has inspired patients to ask their doctors why they aren’t having the tests done for their care.

“From a medical standpoint, the need has always been there, but people were not aware of how genetics impacts their care and more are aware today,” Rowley said.

Patients are choosing to get the tests for two reasons, Rowley said. They look at their family and see three or four people who’ve died suddenly or they have had family members get cancer, he said.

“People are concerned about the risk and want to know what they will get or not get,” Rowley said. “Another is they’re afflicted with a disease. They are 42 or 28 and ask ‘why do I have this disease?’ The goal of our evaluations is to make people feel empowered with the information.”

If a young woman’s mom and grandmother had breast cancer, a genetic test could determine if she carries a gene her mother had and with that the risk for developing the disease, Rowley said. It may be up to an 85 percent lifetime risk that she may not have.

“If you see that family history — because all of my family members are affected and are worried about it — you can test someone to find out if they have that risk as opposed to looking at family history,” Rowley said.

The majority of the screenings look at cancer, but doctors are looking at neurological issues along with risk assessments for cardiovascular problems, Rowley said. There are some genetic conditions that cause sudden death and that testing is becoming more available, he said.

It won’t be long before such genetic tests will be the normal step in the medical field, Rowley said. It’s the first time medicine has looked at the patient outward for their risk instead of looking inward, he said.

“Why are we guessing? Why don’t we just look at this as ‘what your risk are based on your genetics,’ and this is what we need to do about it,” Rowley said.

“Everyone is talking about personalized medicine. This is our first step in precision medicine. We have testing available, and there’s enough data out there to suggest that we should be using this. This is the first step in a long journey to personalize health care for people. I think the thing I would like to say is I hope people die healthy. Illness impacts people. Disease does not. In the case you can catch someone with breast cancer at stage one instead of stage four, that’s a different life.”

Every cell in your body has a different genetics, Rowley said. For some reason, while people are going about in their lives, one of those cells changes and that causes disease.

“Hopefully, one day we will have precision medicine so we can go in there and turn off those genes with targeted therapy and don’t allow the person to express the disease,” Rowley said.

“I’m optimistic with health care. I think it’s the first time humans can start tackling some tough questions on why people get sick and prevent them from getting sick. It’s a revolutionary technology, and the cost is going down, making it mainstream.”