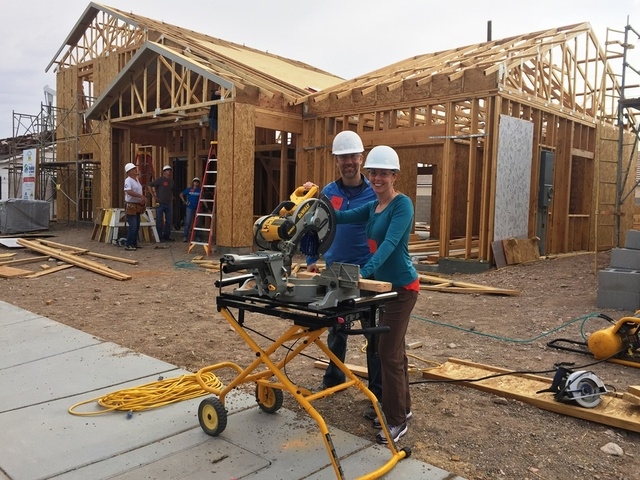 Nevada State Bank’s recent donation of $25,000 to Communities In Schools of Nevada will benefit two affiliates of the Nevada chapter of the dropout prevention and intervention program.

The donation was made official April 24, with a check presentation at Mountain View Elementary School.

Contributions made to Three Square Food Bank through May 31 will have double the impact because of the generosity of the Bennett Family Foundation and the Elaine P. Wynn &Family Foundation, which each pledged $500,000 to match gifts toward the food bank’s “Bag Childhood Hunger” initiative.

During the 2013-14 school year and summer break, Three Square provided more than 1.8 million meals to hungry children in Southern Nevada.

The event will include a fashion show sponsored by Neiman Marcus with fashions from Hervé Léger, along with tasty samplings from the Las Vegas Valley’s restaurants.

The Las Vegas-Clark County Library District Foundation received a $2,000 donation from the Las Vegas chapter of the Association of Fundraising Professionals.

Dunkin’ Donuts is participating in the “Stamp Out Hunger” food drive, an annual event sponsored by the National Association of Letter Carriers. Customers who donate nonperishable food items through May 9 at participating Las Vegas-area Dunkin’ Donuts restaurants will receive a free medium hot or iced coffee. All items collected will be donated to local food banks.

Schools get $35,000 in grants from CenturyLink

The program, offered since 2008, awards grants to schools in CenturyLink’s local service areas on behalf of teachers who have developed specific plans to implement technology in their classrooms.

Eisenberg Elementary School received nearly $5,000 to buy iPad Minis, educational applications along with support to attend the National Association for the Education of Young Children Conference.