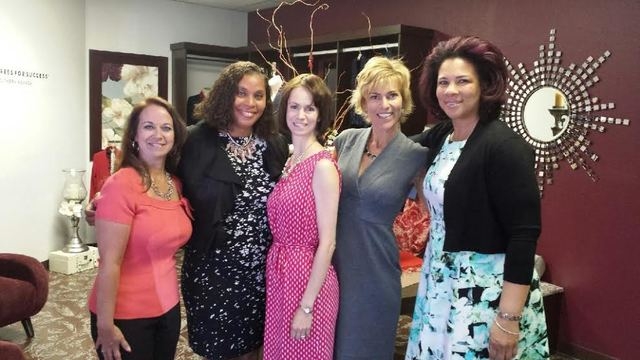 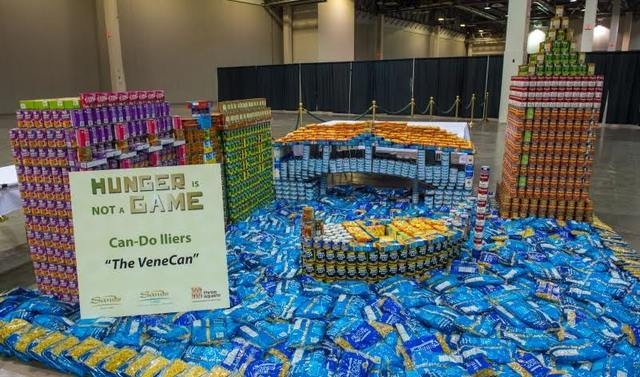 The winning entry in the ‘Can Construction’ event sponsored by Sands Cares and Sands ECO360° involved more than 4,000 food items collected by the Can-Do Lliers.

In honor of World Hunger Day, Sands ECO360° and Sands Cares partnered with Three Square Food Bank for the second annual “Hunger is Not a Game” food drive, a monthlong initiative that concluded June 8.

Team members from The Venetian, the Palazzo and the Sands Expo and Convention Center were asked to collect 16,000 food items for donation to Three Square. They exceeded their goal, collecting 30,254 food items.

To create excitement and enthusiasm for the food drive, four teams of 12 competed in building a piece of artwork with the collected cans, around the theme of The Venetian in honor of the hotel’s 16th anniversary.

The winning team, “The Can-doliers,” created a traditional theme, including a gondola, the Rialto Bridge and the Campanile Tower.

More than 4,000 food items were used in the winning creation.

Joi Gordon, CEO of Dress for Success Worldwide, and Angela Williams, executive vice president of program development at Dress for Success Worldwide, joined local leadership to help mark the 3,000th suiting in the Las Vegas Valley, and to celebrate the new empowerment fund that will help underwrite career counseling for disadvantaged women. Empowerment Fund is designed to ensure that qualifying clients have the opportunity to participate in training and leadership opportunities. Founded in 2009, Dress for Success Southern Nevada is the local affiliate of the international nonprofit that promotes the economic independence of disadvantaged women, enabling them to build a career and become self-sufficient.

Las Vegas-based Ultimate Fighting Championship is the title sponsor of Team Intrepid Fallen Heroes, four amateur athletes who plan to ride their bicycles over 3,000 miles in the 34th annual Race Across America. The cross-country race began June 20 in Oceanside, Calif., and concludes at City Dock in Annapolis, Md. Racers have 12 days to complete the race, and the clock will not stop — not even for sleeping. In the team divisions, at least one rider must be on the road at all times for the team to advance.