Skip to content
Sign up for our newsletter
section-ads_high_impact_1
By Andy Marken Special to the Las Vegas Business Press
April 20, 2015 - 3:00 am 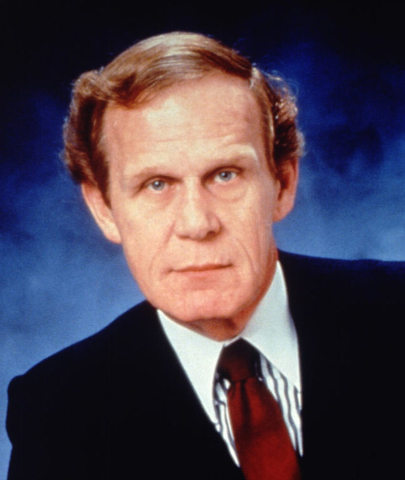 I enjoyed Robert Downey Jr. in “Ironman.” His appearance in the HTC One commercials left me wondering WTF!

Neil deGrasse Tyson in “Cosmos” made me want a spaceship just like his.

When he tweeted about the facts being pretty much right-on in “Interstellar,” I begged my wife to let me to see it (we did).

OK, Downey got a couple of million bucks to hawk the HTC One, and Tyson probably had to pay his own way into the movie.

HTC found out the hard way that celebrity endorsements suck.

It just isn’t credible, compelling or even worth talking about to have someone, even Ironman, stand up and say the product is awesome and your life will be empty without it.

But to have someone who kinda’ knows what he’s talking about say, “Hey, for the most part, this is spot on and you might want to enjoy it,” makes you (OK, me) want to appreciate it.

Tyson wasn’t an advocate or champion for the movie, but he was an influencer for it. His comments on social media created a buzz that the production company couldn’t have bought.

In the world of marketing, it’s called behavioral economics, understanding the motivations leading people to make a decision and/or take a specific action.

Tyson gave the movie street credibility by telling you you’re going to learn something about the universe around us, even as you’re being entertained.

There was no BS or association with the project, but his expertise and understanding of the universe around us (and ability to interpret it in lay language) is respected and he freely shared his information and ideas.

That is the kind of authenticity (especially in the technology industries) needed most to drive millions to want to learn more and buy.

We call them brand advocates or social media influences who love the brand, product and service and make it a point to not just support it but recommend it to friends, families, people who ask.

Don’t confuse these people who get paid to post, tweet and hustle for brands. People aren’t that stupid.

Nearly everyone does his/her own research and comparison today.

With the Internet and Web, it’s just too easy for people to validate their present decisions or start out with an idea of what they want/need and find the best product, service, solution available.

According to a study by Alterian, friends and family are the influentials people turn to first for recommendations. But equally important are professional reviewers and ordinary folks who purchased the product/service and want to share their experience — pro, con — with others.

It turns out that according to a study by Zuberance, regular folks will make an average of nine recommendations a year.

In fact, more and more people have found that sharing their information and insights are so personally rewarding that 16 percent of those in Zuberance’s study made more than 15 recommendations in a given year.

The problem for marketing folks (there’s no Big Data for it) is to put a value on the recommendations and guidance people provide off-line.

Zuberance found that only about half of the influencers/advocates posted their ratings and reviews online.

Millenials were more likely to share the information on social media while C-geners posted ratings and reviews, shared links, talked about the products on their blogs and Facebook pages or Tweeted the information.

Researchers at Synovate found that people involved in online business/industry forums were more likely to share their insights and information online:

▶ 65 percent give advice off-line based on information found online.

The reach and impact of advocates, influencers is at an all-time high and spreading like a wildfire, but most ad and marketing folks treat it more as an annoyance because they can’t control the message.

What if the influencer doesn’t say something just right?

What if, OMG, they comment on a shortcoming, an issue or don’t stick to the message?

No problem … especially if the area is addressed immediately, explained better or even corrected.

Something wonderful happens when there’s a proactive response.

The global audience (79 percent) said that firms that responded in a positive, proactive manner were more accurate, had a greater level of expertise, were more responsive and operated in a more transparent, ethical manner.

That doesn’t make a review that is anything less than five stars and right-on any easier for marketing to show to the boss.

They want you to show them that the buzz is out there, that is developing positive reactions, building a strong audience, is producing favorable conversations and producing results for the company.

Well-earned credibility may not always be comfortable, but just remember what Buford Pusser said in the movie “Walking Tall”: “It’s not the fine that’s important. It’s the principal of the thing. You got public respect.”

Which is more important to you? Ironman or the entire cosmos?

Andy Marken of Marken Communications in Santa Clara, Calif., writes on a host of cultural topics. Reach him at Andy@MarkenCom.com