Skip to content
Sign up for our newsletter
section-ads_high_impact_1
By Stephanie Annis Special to the Las Vegas Business Press
February 23, 2015 - 4:00 am 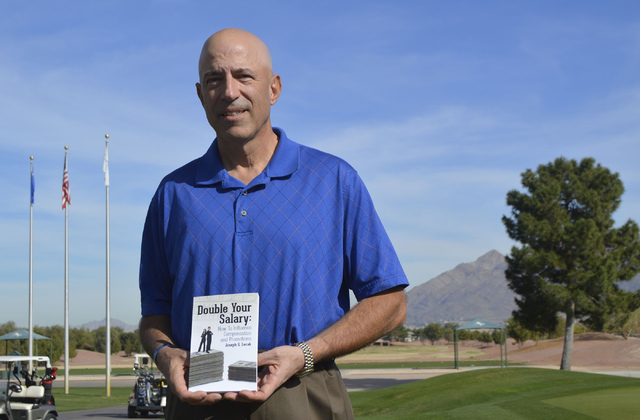 For 14 years, he worked as an administrative manager for McCormick and Co. before coming to Las Vegas to work for American Kiosk Management, a national retailer, where he spent 10 years as vice president of logistics.

Now he’s applied his experience to writing his first book — Double Your Salary: How to Influence Compensation and Promotions. In it, the Summerlin resident includes a dedication to his father, a police officer killed in the line of duty when Lecak was a young child.

Q. When and where did the idea for this book begin?

A. “I started taking notes for this book back in 2007. I would notice patterns. To me managing a career and trying to double your salary is a process. I’ve been talking to a couple national recruiters here in town and I got them to say that about 60 percent of their jobs that they fill are in that $25k to about $32k range.”

Quoting President Obama, Lecak says “You try living on that.” He explains “You can’t have something go wrong. It can be financially crippling.”

Q. Who is your audience and/or inspiration?

A.“The book, for me, is meant for one person at a time.” Lecak builds on his experience with “a well-known national retailer in mall environments.” He says “while I was there, because it’s retail, the work force is, in my opinion, different because of the wages. It’s neither good nor bad; but it’s a much younger entry type crowd, especially at the selling level.”

“I started to notice a pattern with people I was working with and human nature, you can’t really change. What I was noticing… if you make a wrong turn there’s a camera… I was allowed to make my mistakes in somewhat of anonymity. The same mistakes people are making now are much more punitive than when I first go into business.” He explains, before technology, “there was opportunity for me to kinda mess up and not pay a dear price.”

Q. What was your mission when you sat down to write the book?

A. “What I wanted to do was let folks know, it could be anybody entering the workforce for the first time, but letting folks know this is a process. You don’t take it personal. There’s certain things you can do to manage your salary expectations. I kept seeing the same things that are going to continue to go on until there are no more people. I was given the opportunity to find a path and I kept seeing people doing the same things over and over again. It’s really hard for me to watch people sabotage their career earnings and then not get a chance to move into the middle class.”

Q. What is your key message to the young adults of the world?

A. The main point he makes is “Don’t disconnect from your salary.” Other key points he explains include basic skills “I try to tell people do not talk in generalities like ‘I’ll try’. I don’t know what that means.” He says statements like this are ways people are “letting themselves off the hook; they’re saying it’s OK if I fail. Don’t say ‘I’ll try’; say ‘I’ll do it’. I call it ‘The Art of Language and Words’.” Overall he explains his message as “These are things you can do. For example, manage performance reviews. You can actually influence your compensation by keeping a journal, write your own review, ask for soft awards like employee of the month, and be on your best behavior during the last 45 days of the review period. Choose a project that ends approximately the same time as the review. When you discuss next year’s goals, try to get agreed upon compensation tied to goals.”

Q. What do you want people to take away from this book?

A. “Treat your earnings potential like you would your investments. Make sure money is doing what it’s supposed to do. Your salary, treat it like a Wall Street investment; for example, you don’t buy high and sell low. When you quit in aggravation, you sell low. Do not disconnect your salary earnings. There are times to sell stocks; there may be times to sell your serve. Make sure you sell high; find an exit strategy that works for you. Understand how business language works, these are the main takeaways.”

A. “The goal would be that they better off and that I’m sending them out better than I found them.”