Skip to content
Sign up for our newsletter
section-ads_high_impact_1
By Stephanie Annis Special to the Las Vegas Business Press
March 30, 2015 - 3:00 am 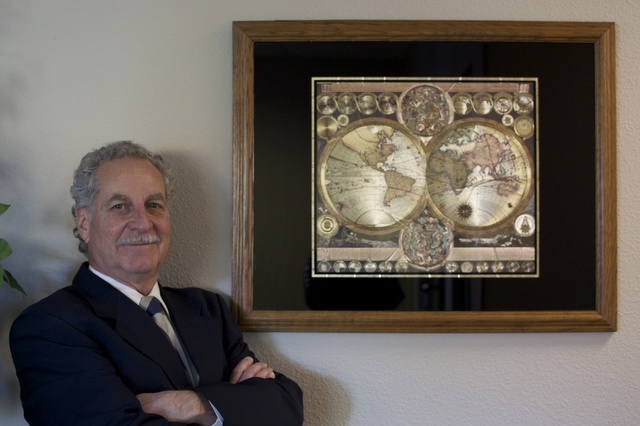 Larry S. Harrison has owned Harrison Insurance Agency in Las Vegas for 24 years, and now is a consultant to the brokerage firm National Healthcare Access Inc. He also serves as media relations person for the National Association of Health Underwriters.

Harrison came to Las Vegas from Southern California and was the first authorized dealer for Seiko watches in Las Vegas. Then for a time he worked in the diamond business. However, he found that he didn’t care for the lifestyle. He said it’s “not a fun sale. It was a very scary sale. Everyone wants to hit you over the head. I couldn’t tell anybody what I did for a living. It was no fun.”

While going through a divorce and at the same time having left his job; he was paying COBRA payments to keep his health insurance for his family. During his divorce proceedings, he explained, an issue arose and he was accused of not having his children covered though he had the proof he paid for the insurance. “I became obsessed with learning insurance,” he said, “not because I wanted to sell it but because I wanted to understand it.”

Q. What is the National Association of Health Underwriters (NAHU)?

A. It’s a nonprofit nonpartisan factual resource. We are consumer advocates; it’s a nationwide organization. There’s both insurance companies and insurance brokers. And there’s a clear delineation between those two. For the National Association of Health Underwriters (NAHU), we have monthly meetings; we have regional meetings; we have national meetings, and we have a capital conference where we actually go back to Washington D.C. We are independent business owners but we represent our clients.

Q. What was the main purpose/message from this recent NAHU conference in Washington D.C.?

A. This year’s theme was Stand Up and Be Heard, because we meet with our elected officials to talk to them about the problems that our clients are having, be it rate increases, the lack of doctors, the breach that we’ve had recently with Anthem Blue Cross and Blue Shield. Why are these things happening? They’re happening for a lot of different reasons but we were really focusing on the role of the broker.

Because now we have these navigators that have been funded through federal money to establish somebody that, this time last year, they were bartenders, they were who knows what they were… BUT, they were not professional licensed insurance agents. They hire them, give them a two-week course, and then they are given the right to help people find a plan design.

Now, the reason they are using navigators is the misconception, and the perception that health insurance brokers are only interested in commissions. The perception that we’re money grubbing parasites is the farthest thing from the truth.

Q. What is a navigator and why is it better for people to consult a broker?

A. A navigator assists, a broker does a complete analysis. They might be able to guide them into Medicaid; we can’t as brokers. And they cannot be their advocate.

The broker works for the consumer not the insurance company. The role of the broker is to do a complete analysis. We transition from doing the analysis to being a guide. [Unlike a navigator] we’re going to be here year ‘round so If a person is having a problem… that’s when we [the broker] go to work. Anybody can buy insurance online. The price is the price but they don’t have me in their corner. I’m looking to build a long-term relationship. My clients stay with me, for decades, and that’s because they know what they bought. I’m in their corner when they have an issue.

A navigator, they’re not going to talk about doctors or hospitals. Educate? They don’t even know it themselves. They’re going to talk about budget; whether they qualify for a subsidy or not. They cannot talk about plan designs, they can only sell on the exchange, and they cannot — they are not allowed — to have a long term relationship.

Q. Is it more expensive for someone to use a broker?

A. I don’t charge for my services. I don’t charge for what I do; I’m paid by the carrier. The price is the price! It’s all regulated by the Department of Insurance. The consumer’s best defense is a well-informed broker. Be sure and ask if your broker is a member of the NAHU. The price is the price! You don’t get a discount if you buy online, if you go to the carrier direct, or if you come to a broker. So, I don’t care which plan you buy; I care that it comes in the color I say it’s going to come in the day I say it’s going to come, so to speak.

Q. What did you bring back/learn from this year’s National Association of Health Underwriters NAHU conference?

A. We get together and we have senators, congressmen, people from health and human services from Medicare and Medicaid services come in and people from Georgetown University and Harvard and they come and speak and talk about what they perceive to be the next thing.

All of the speakers from the last three or four years, they all have one common theme through every presentation and that is ‘I don’t know’. There is no clear understanding as to where this healthcare reform is going, except that rates are going up and we are going to have fewer and fewer doctors and it’s going to become more and more confusing. Which is going to make the broker that much more important.

Q. What do you expect to see as the next wave in healthcare?

A. Now, I’m not a doctor, OK… but I would venture to say that Deny and Defer is coming. We have seen this with the VA system which once upon a time the fed’s were saying ‘and we’re going to emulate the Veteran’s Administration Healthcare Delivery System’ and then they found out that it was a fiasco. People couldn’t get the care; people couldn’t see the doctor; there was constant Deny and Defer. Now, they’re fixing that and it seems they’ve got the right guy.

So, what do I expect from healthcare? Deny and Defer because there’s fewer and fewer doctors. Doctors are not being compensated the way they once were and because of that they’re getting out of the business. They’re going into research and various other things.

Q. What do you see happening with health insurance?

A. Well, it’s becoming a seasonal industry. Open enrollment is closed. Nevada is the only state that I know of that a person can actually buy a plan mid-year but there’s a 90-day waiting period. So, now we have this new special special open enrollment, starts March 15th through April 30th and is only for people who had no insurance in 2014. This is for the uninformed person that didn’t know ‘oh there’s a law out there and you have to buy a policy’. So now they are reopening it because they want these people that are being taxed. We used to sell health insurance year round. Why can’t we do that anymore? Well because the fed’s said we can’t.