Skip to content
Sign up for our newsletter
section-ads_high_impact_1
By Stephanie Annis Special to the Las Vegas Business Press
March 12, 2015 - 10:58 am 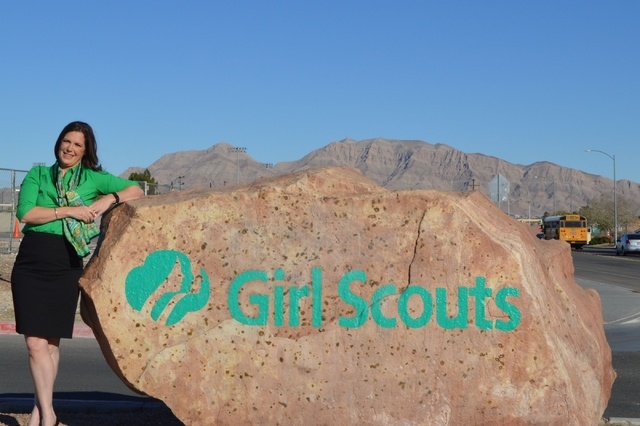 Liz Ortenburger, CEO of Girls Scouts of Southern Nevada, has spent most of her career with the Girl Scouts organization. She spent eight years working at the Tres Condados Girl Scout Council in California, including two and a half years as chief operating officer.

In 2007, she left the Tres Condados Girl Scout Council and moved to Spain where she earned her MBA from IESE Business School in Barcelona. She received her undergraduate degree from Fresno State University.

Ortenburger was hired as executive director in charge of camping for the Los Angeles YMCA and later held the same position with the YMCA in Washington State. She returned to Girl Scouts of Southern Nevada in 2013 and was named CEO in September of that year.

Q. What brought you back to Girl Scouts?

A. I felt like I was very excited about the momentum that the new national CEO had running, Anna Marie Chavez. I was excited about the direction Girl Scouts were heading and I felt I was ready to step into that CEO role.

Q. What are the different ages/levels for Girl Scouts?

A. Daisies are kindergarden and first grade; Brownies are second and third grade; Juniors are fourth and fifth grade or fourth, fifth, and sixth depending on the school. If elementary school goes to sixth, then they will continue to be Juniors. Cadet Girl Scouts are generally middle school; so depending on the school, it could be sixth, seventh, and eighth or just seventh and eight. High school girls freshman and sophomore year you are a Senior Girl Scout and then your 11th and 12th grade years you are an Ambassador Girl Scout.

Q. As the new CEO, what new direction are you taking the Girl Scouts?

A. My vision has been to really make sure that we have Girl Scouting available to every girl in Southern Nevada. So, that has meant to adjust the way that we deliver program to ensure every girl has the opportunity, not just girls who are lucky enough to have a mom or friends with a girl who has a mom who can volunteer; but any girl that has an interest has a place in the program.

Q. Have you implemented or introduced any new programs? Or opened any new facilities?

A. Yes, I’m really excited to talk about Super Troops which is a program that we began about a year ago; now, we’re in 13 elementary schools. Super Troops is a program that allows parents to volunteer three or four times a year instead of having to take the ownership of running Girl Scouts as a troop leader for an entire year.

This has introduced Girl Scouts to a whole new division of girls who have either busy parents who can’t volunteer or for whatever reason haven’t been able to find a troop. So it’s sort of answering that question that we are for every girl.

This is a program which is sort of a hybrid between something being completely staff driven and something being completely volunteer driven. It has a bit of both but definitely includes the key ingredient to Girl Scouting which is, really meaningful volunteer role models being up in front of the girls and helping teach the girls, and help develop their platforms for the future.

(Super Troops) is a volunteer program. Staff make sure that the volunteers have everything at the sight that they need to be successful; all the program supplies, all of the paperwork, and so the staff makes sure all the administrative side of the program is taken care of and the volunteers do the work that is critical to the movement which is being great role models to girls.

Q. What should business owner’s consider when they see Girl Scouts on a woman’s job application?

A. They should consider that she’s got absolutely excellent business training. She’s probably one of the youngest candidates that they ever will have had [who has] started a business because girls begin their own businesses in Girl Scouting when they start.

We have five-year-olds that are running their own cookie businesses and figuring out what business ethics are, what person-to-person relationships are, what customer management is from a very young age. So, they are getting a leader that has those skills, and has had those skills for a long time.

Q. What is it that you believe all Girl Scouts carry with them throughout their lifetime?

A. They certainly carry with them the ability to lead the next generation of great women, and great female leaders. That’s proven. Throughout time, in our 103-year history, every single female Secretary of State was a Girl Scout. All female astronauts were Girl Scouts except one. 80 percent of female business owners were Girl Scouts. The proof is in our history.