Skip to content
Sign up for our newsletter
section-ads_high_impact_1
By CRAIG A. RUARK SPECIAL TO THE LAS VEGAS BUSINESS PRESS
August 8, 2016 - 3:01 am 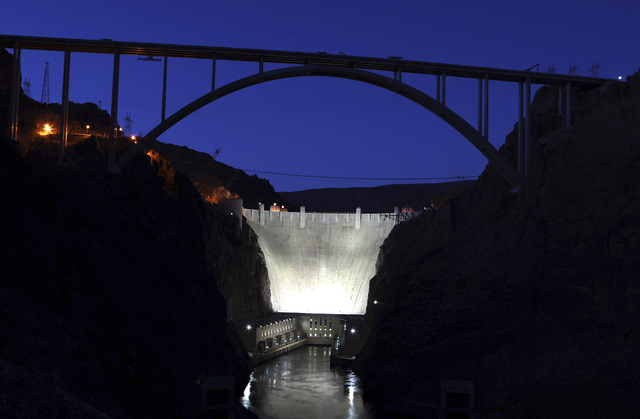 The city of Las Vegas is looking a bit more green these days. Over the past 26 years, it has reduced its energy costs by $5 million annually and increased the recycling rate to 60 percent. The city recently signed contracts for hydropower and solar energy that will reduce greenhouse gas emissions by 85 percent while increasing the amount of green energy use to 100 percent. It is on track to become one of only four net-zero energy cities in the U.S.

The city started its green transition in 2008 with the receipt of money from the National Recovery Act. However, the project was set into motion three years earlier when former Mayor Oscar Goodman signed a Climate Protection Agreement drafted by the U.S. Conference of Mayors to urge the federal and state governments to take action against climate change.

One of the first projects involved changing streetlights from energy-hogging mercury vapor and high-pressure sodium lights to energy-efficient light-emitting diode bulbs; approximately 80 percent of the fixtures have been converted.

Significant in the commitment to becoming green was the construction of the new $146 million City Hall building, which opened Feb. 21, 2012. Designed with advanced energy and water-saving factors including Low-E windows, high R-value insulation, innovative heating and air conditioning and solar panels that provide 10 percent of the total energy, the building was certified by the U.S. Green Building Council with a silver rating under the Leadership in Engineering and Environmental Design standard.

Another showcase is the original Las Vegas Post Office, which was acquired by the city and converted to the Mob Museum. During its restoration, the building was gutted and updated with the latest insulation, lighting, thermal windows and air-conditioning technology resulting in a LEED silver certification for a building retrofit.

The city owns or leases thousands of square feet of building space in about 120 buildings throughout the city limits. Included are fire stations, park buildings, and various warehouse and administrative buildings. Many of the new fire stations have been LEED-certified and facilities throughout the city have been equipped with solar panels to offset some of their energy use with sustainable solar power.

All of the solar energy systems on city-owned properties combined provide approximately 12 million kilowatt-hours of clean energy per year.

In addition to generating clean energy, the city has been busy retrofitting all of its buildings with new energy- and water-saving technology. Most of the office building lighting has been converted from fluorescent and incandescent fixtures to LED. And low-flow water devices and toilets have been installed in all restrooms.

One of the largest retrofit projects involved the replacement of all windows and a new heating and cooling system on the nine-story Development Services Building at the corner of Rancho Drive and U.S. Highway 95. Originally built with 1980 technology, the city also installed modern water-efficient fixtures, LED lighting and occupancy sensors that turn off lighting when the room is not in use.

In 2010, the city used over 150 million kilowatt-hours per year, with the current conversions in place. That number has dropped to below 120 million. And despite a 57 percent population increase over the last 26 years, Las Vegas has reduced greenhouse gas levels by over one-third, bringing it down to 1990 levels.

Even with all of the accomplishments, the mayor, Las Vegas City Council members and city staff have not stopped working toward becoming more sustainable.

Starting in October 2017, Las Vegas will receive two megawatts of hydroelectric power generated by Hoover Dam. This energy is not only clean and sustainable but inexpensive. The allocation is the result of a recent federal act that reallocated the dam’s power distribution. The city of Las Vegas was one of the many applicants that were accepted from a number of governmental entities and Native American tribes.

City officials have also signed an agreement with NV Energy to purchase all of its power from the Boulder City II Solar Energy Project upon its completion in January. With this agreement, the city of Las Vegas will become a 100 percent net-zero-energy city. What makes this accomplishment,even more groundbreaking is that the other cities in this elite category have populations under 50,000 and use far less energy than the city of Las Vegas with a population of more than 600,000.

On Dec. 6, 2015, the city of Las Vegas received certification as a Four-Star Community, earning 77.8 points out of 100 in the category of Climate and Energy. The city ranked high in the subcategories of Greenhouse Gas Mitigation, Greening the Energy Supply, Resource Efficient Buildings and Waste Minimization.

The city of Las Vegas is also focusing on becoming the net-zero capital of waste. Leaders are looking at ways to compost all of the organic waste, which includes grass and tree clippings that accumulate from parks and green areas throughout the city.