Skip to content
Sign up for our newsletter
section-ads_high_impact_1
By Valerie Putnam Southern Nevada Business of Medicine
March 21, 2016 - 3:00 am 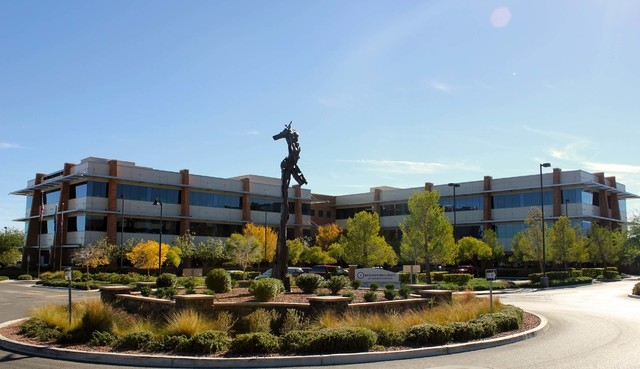 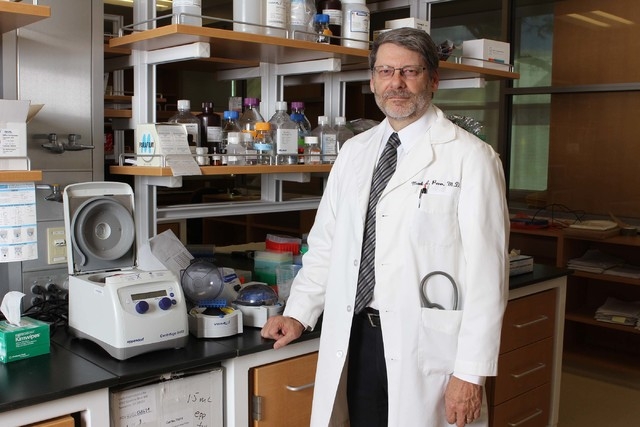 Dr. Mark Penn, founding dean of the college, is focused on building a program that trains doctors who will stay in Las Vegas Valley. (Courtesy, Roseman University)

Roseman University of Health Sciences is one step closer to birthing an allopathic medical school.

And innovative programs designed to produce doctors who stay in the area are at the core of the plan.

The university’s College of Medicine had a site visit from LCME in late February.

“It went well,” Roth said about the visit. “We will be notified after the LCME’s June meeting.”

According to Roth, if the college receives preliminary accreditation in June, it can begin the student enrollment process for the four-year program.

The goal is to enroll 60 students for classes beginning in the fall 2017, graduating its first class of doctors in 2021.

“I don’t think there will be an issue with recruitment,” Roth said. “There are people hungry to go to medical school. We receive five to ten calls a day from around the country asking about the college.”

The college is located on the university’s new Summerlin campus. Roth said there are plans in development to renovate two floors of the 184,000-square-foot former Engelstad Cancer Research Building for use as classrooms and an anatomy lab.

The building was acquired in 2013 via a merger with the Nevada Cancer Institute Foundation. When the foundation dissolved, the building became property of the university.

The other facility — purchased from the University of California, San Diego last year for $23 million — is the flagship facility of the campus. The 143,000-square-foot building features 12 laboratories, 14 patient exam rooms, a radiology suite, conference rooms and a 100-seat auditorium.

In April 2014, Dr. Mark Penn became the founding dean of the college. Penn, along with a team of university staff, is establishing clinical partnerships with hospitals and ambulatory care facilities and developing the school’s curriculum.

According to Roth, the curriculum incorporates eight fields identified as areas of need within the community. These include family medicine, obstetrics-gynecology, pediatrics, psychiatry, internal medicine, surgery, pathology and biomedical sciences.

“This is subject to change,” Roth said about the fields of study. “But it’s where we are in our development.”

“The Mastery Learning Model is built around student success using a variety of tools,” Penn said. “In a specific example, we plan to teach anatomy with cadavers, in addition to the use of state-of-the-art digital and virtual techniques.”

Another program unique to the college will be the Longitudinal Experience in Neighborhood Service (LENS). LENS gives students the opportunity to establish a relationship with a local health-care practice and a physician in a particular community.

“The LENS program embeds our students throughout the four years in a particular neighborhood,” Roth said. “They get fully immersed. They get to know the people and care for them.”

The intent of LENS is to increase the rate of the physicians graduating and then remaining in the area.

According to Penn, the need for physicians in Clark County is great.

“We need over 2,000 physicians just to be average,” Penn said. “Our medical school will help meet this need through various ways. The development of pipeline programs before students are admitted, creating a curriculum that is embedded in our neighborhoods and helping our hospitals develop more opportunities for graduate medical education.”

The university is further planning to establish clinical practice sites in underserved areas throughout the valley. The sites will provide students hands-on experience.

“We envision doing inter-professional clinics that involve our medical students,” Roth said. “All students will have the opportunity to be a part of the patient care through our clinics.”

Since the university is a private nonprofit institution, funding is secured through philanthropic support as well as reinvestment from the university.

The College of Medicine hopes to raise $66 million over the next year to defer startup costs.

According to Penn, the regional economic impact as the school matures is estimated to be $500 million to $1 billion.

“We haven’t started a program just to start a program,” Roth said. “It’s been listening to the community and developing programs that are needed.”