Skip to content
Sign up for our newsletter
section-ads_high_impact_1
By Fred Weinberg Special to the Las Vegas Business Press
February 13, 2015 - 6:35 pm 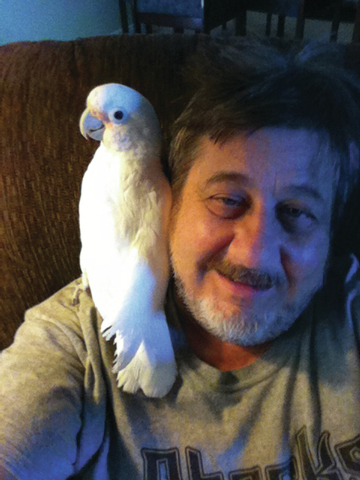 (The following column appeared on WesternJournalism.com and is reprinted with the author’s permission.)

I’ve had just about a sackful of this arrogant, failed federal judge we now call Gov. Brian Sandoval.

After a State of the State address where he most notably told the taxpayers that we were too stupid to elect our own school boards, he released a probably illegal plan to raise a billion dollars over two years; and then, faced with the blowback, the arrogant dolt went to the editorial board of the state’s largest newspaper and did a fair imitation of Barack Obama—considering he claims to be a Republican.

He told the Las Vegas Review-Journal’s editorial board that if the Legislature didn’t acquiesce to that tax increase, there could be as much as a 20 percent across-the-board budget cut.

It would seem possible that the governor is a product of those schools he says are failing. However, the truth is that he went to a pricey private school in Reno. Nonetheless, he asked for a 12 percent increase in spending. Failing that, he’s talking about 20 percent cuts. Even his pet media hacks are smarter than that.

Now we come to the issue of his proposed business license fees increase (based on gross revenue).

The problem here is that any business that is involved in interstate commerce or is otherwise subject to federal preemption can’t be licensed unless there is a compelling state interest — like life, health, or safety. By the time you get done backing those businesses out of the fee increase and factor in the massive costs of inevitable litigation and the time it will take, you are left with a “fee” that discriminates against intrastate businesses and won’t bring in nearly the kind of money the former federal judge says it will.

Further, in determining just the question of who is involved in interstate commerce, the case law casts a very wide net.

First year pre-law students study a 1942 case Wickard v. Filburn. In an effort to increase wheat prices during the Great Depression, Congress passed the Agricultural Adjustment Act of 1938, which limited the amount of wheat that individual farmers could grow for sale. By limiting the amount of wheat, Congress hoped to cut supply and increase prices. Roscoe Filburn of Ohio decided to grow more wheat, arguing that he did not plan to sell it, but rather consume it. Agriculture Secretary Claude Wickard brought suit against Filburn, arguing that he could not grow more wheat than the law allowed. The Supreme Court ruled in favor of Wickard, finding Filburn’s actions would affect interstate commerce.

Now, presumably, back when he was going to the Ohio State University’s Moritz College of Law in the late 1980s, former Federal Judge Sandoval came across this and other cases explaining the commerce clause in the Constitution and the case law that implements that clause. Perhaps he wasn’t paying attention that day, but I sure was when I took Constitutional Law 101 at Bradley University in 1973 and when I have covered four or five such licensing disputes that have ended up in court.

And that’s only one reason for federal preemption.

Take publications and websites — a huge new business category. Do you really think that any federal judge — especially given the Citizens’ United decision — would rule that a publication that refuses to pay for a state or local business license could be shut down? Seriously Sandoval?

Broadcasters are regulated by the federal government. There’s a whole lot more gross revenue going without fees being assessed.

Do I need to keep going?

In fact, a federal suit seeking declaratory judgment might upend most local licensing schemes in Nevada. (I’m not a lawyer, but I can play one on the radio.)

Worse (for the guv, not the taxpayers), courts have repeatedly ruled that licenses do not exist to raise money — so that even if the state could find a compelling interest, they can only reasonably charge for the license what it costs to regulate the business in question. That makes it difficult to have a license fee based on gross revenue.

I know that the governor’s minions do not brook this sort of criticism. They can go pound sand.

I’m not prepared to be told that mere taxpayers are A) too stupid to elect their local school boards, and B) they have to shell out more than a half a billion dollars a year because this guy can’t figure out that more money does not buy more education. It never has, and it never will.

He can throw his Obama-like tantrums all he wants, and all I see is a failed federal judge masquerading as a GOP governor who truly has little or no understanding of reality. If we were to replace Harry Reid with him, it would be a case of “meet the new boss, same as the old boss.”