Skip to content
Sign up for our newsletter
section-ads_high_impact_1
By D. Dowd Muska Special to the Las Vegas Business Press
July 6, 2015 - 3:00 am 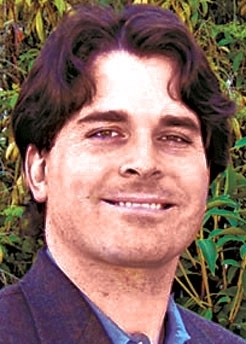 A decade later, not much has changed. There’s been some progress on smoking. But obesity has gotten worse. According to the latest report from the Centers for Disease Control and Prevention, U.S. adults “consume fruit about 1.1 times per day and vegetables about 1.6 times per day” — far short of the of Agriculture Department’s recommendation of five to nine servings daily. And exercise remains anathema to a huge share of the population.

Americans refuse to get right with their health, and it’s paving the way for the next phase of Obamacare: prevention.

Last year, the Bipartisan Policy Center launched “a Prevention Task Force to focus on opportunities for investing in prevention as a way to improve health outcomes and reduce health care costs. The task force included a diverse group of experts to review the evidence on prevention and to frame a strategy for better integrating prevention in the nation’s approach to health and health care.”

The center’s “A Prevention Prescription for Improving Health and Health Care in America,” issued last month, lamented that “for many citizens, the U.S. health care system fails not only to deliver cost-effective, high-quality care, but also to enhance overall population health as well.” What’s needed is “a more integrated approach to health and health care” that can release “the potential of prevention strategies to help more Americans enjoy longer, healthier, and more productive lives while also reducing overall health care spending.”

Mission increasingly accomplished. Revenue is starting to flow to the campaign to, as the center’s report puts it, “embed prevention in the U.S. health care delivery system.” Obamacare established the National Prevention Council, which “comprises 20 federal departments, agencies and offices and is chaired by the surgeon general.” (Its “national strategy” was issued in June 2011.) Other treats for public-health bureaucracies include Medicaid funds for smoking-cessation programs targeted at pregnant women and “guidance and information to states” for obesity awareness. For-profit insurers are required to get into prevention, too. As the Kaiser Family Foundation summarizes, under Obamacare, “private health plans must provide coverage for a range of preventive services and may not impose cost-sharing (such as copayments, deductibles, or co-insurance) on patients receiving these services.”

Prevention’s becoming a big “business,” but it suffers from an unforgivable oversight. It has no interest in the economics of unhealthiness.

In 1960, nearly 50 percent of U.S. health care expenditures were covered by consumers. By 2010, out-of-pocket spending declined to under 15 percent, edged out by Medicare, Medicaid and employer-supplied insurance.

Separate people from the direct monetary consequences of their poor health habits, and livin’ clean is no longer a priority. After all, “someone else” is paying the bills, so why not gobble another bag of Skittles, stick with a two-pack-a-day habit, or devote an entire weekend binge-watching “Sons of Anarchy?”

As health-policy experts Kenneth Thorpe and Jonathan Lever said: “Largely preventable and highly manageable chronic diseases account for 75 cents of every dollar we spend on health care in the U.S.”

The New America Foundation’s Phillip Longman is one of the few researchers who understands that the reason we don’t “live any longer than Costa Ricans” is “differences in behavior.” Americans, he wrote, “exercise less, eat more, drive more, smoke more and lead more socially isolated lives. Even at its best, modern medicine can do little to promote productive aging, because by the time most people come in contact with it their bodies are already compromised.”

Prevention works. Don’t smoke, and you won’t get COPD. Stay in shape, and cardiovascular diseases are unlikely to strike. Eat kale, blueberries, and broccoli, and your immune system will be unconquerable. Keep your waistline slim, and the chance of developing diabetes is low.

However well-intentioned, taxpayer-funded finger-wagging won’t move the needle on Americans’ dismal diet and exercise habits. What’s needed is a strong link between unhealthy living and financial pain. What’s needed is a complete reversal of 50 years of health care policy.