Skip to content
Sign up for our newsletter
section-ads_high_impact_1
BY VALERIE PUTNAM SPECIAL TO BUSINESS OF MEDICINE
February 13, 2018 - 10:14 am 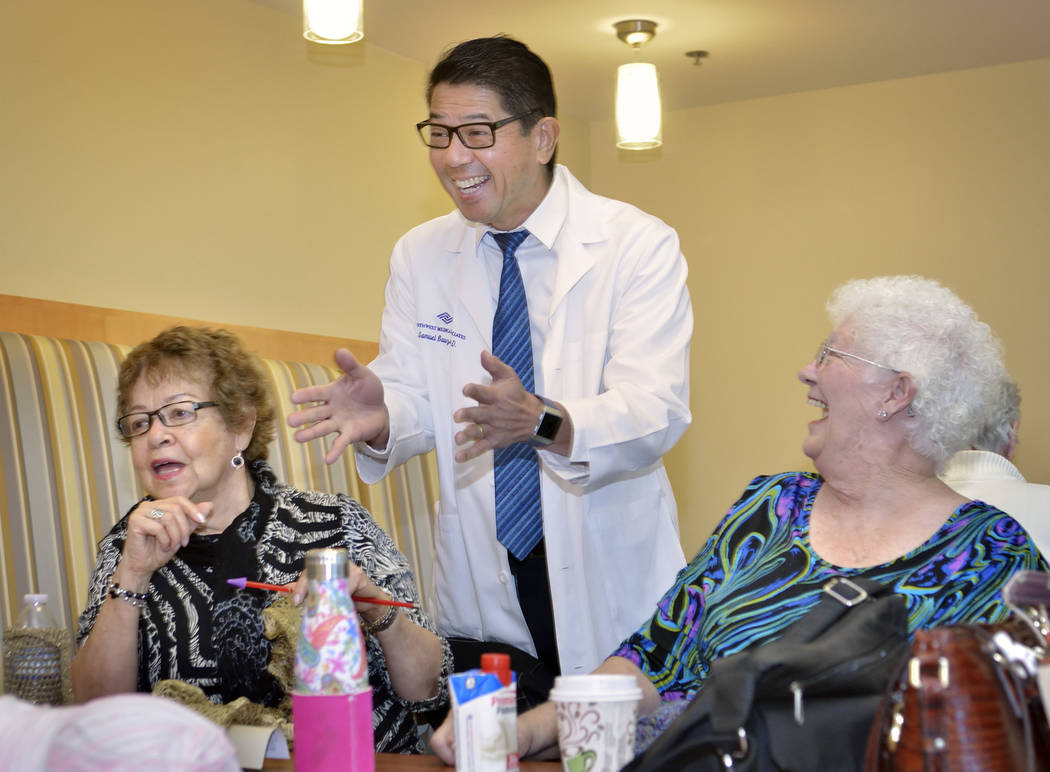 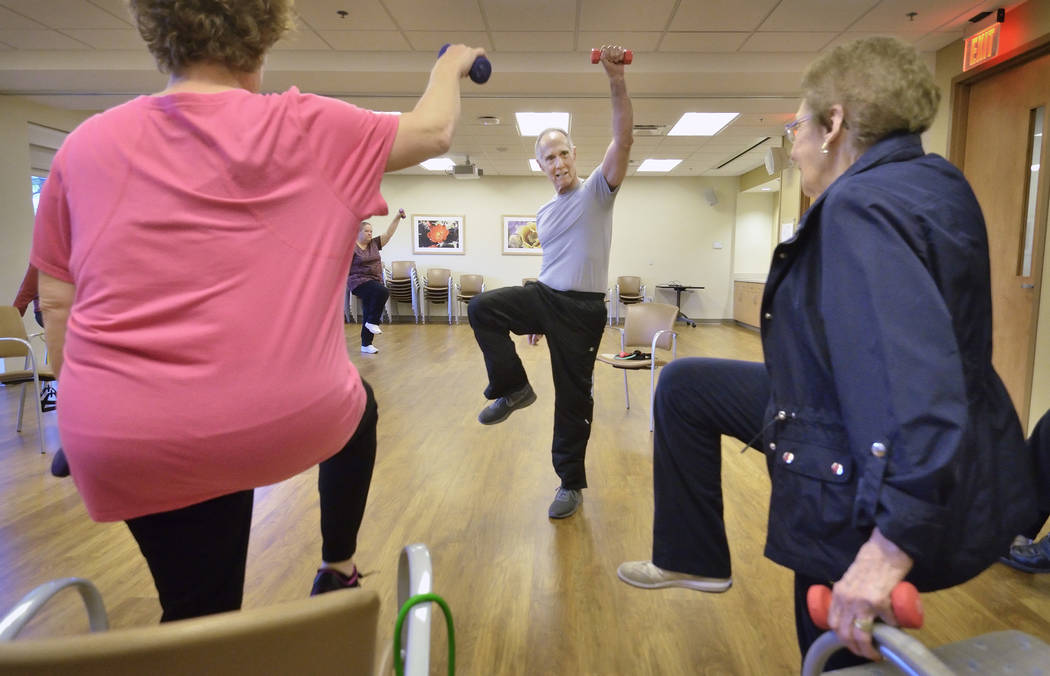 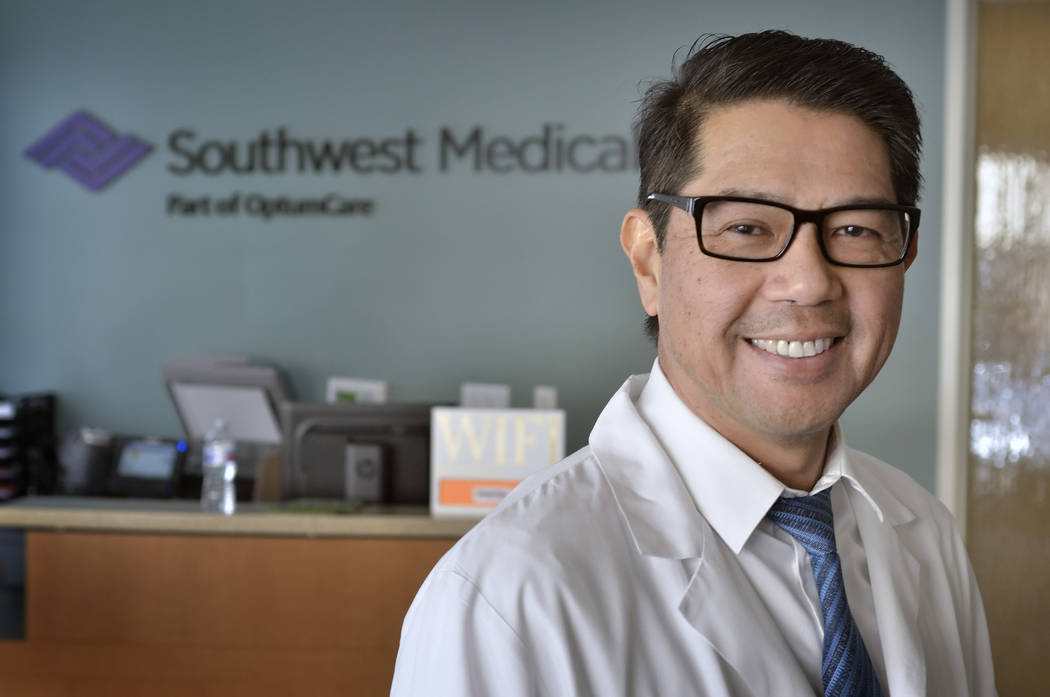 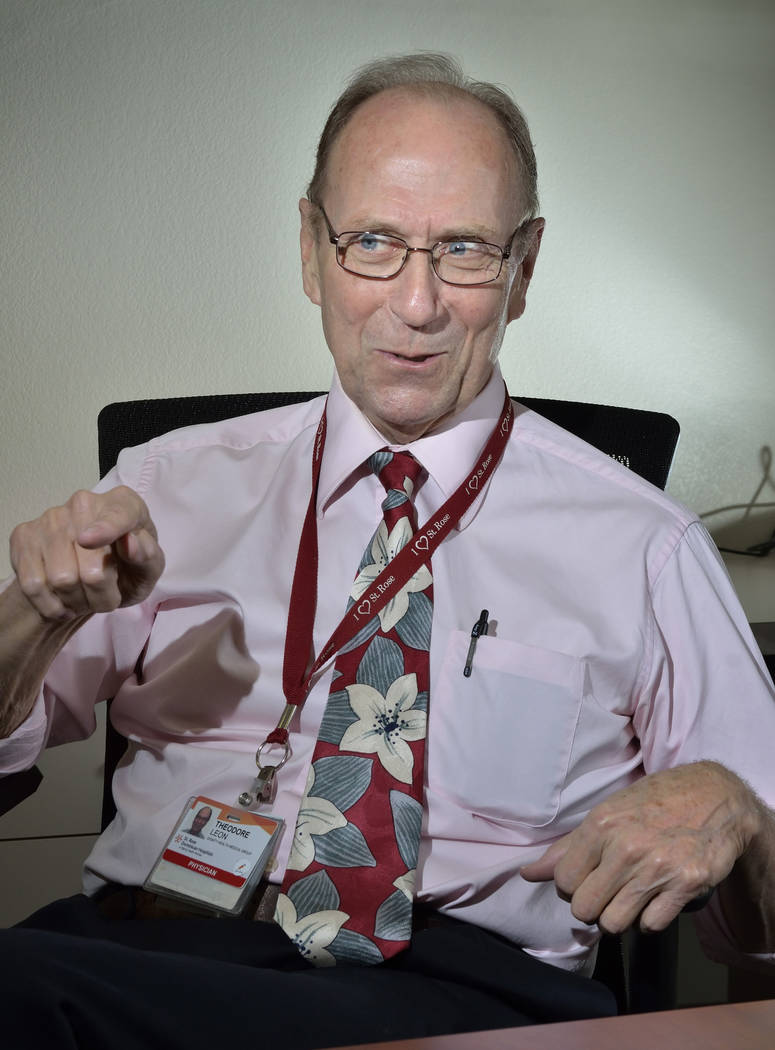 “Start where you’re at with what you have,” said Dr. Ted Leon, D.O., medical director of primary care medicine for Dignity Health Medical Group. “Do whatever it takes and start moving.” (Bill Hughes Business of Medicine) 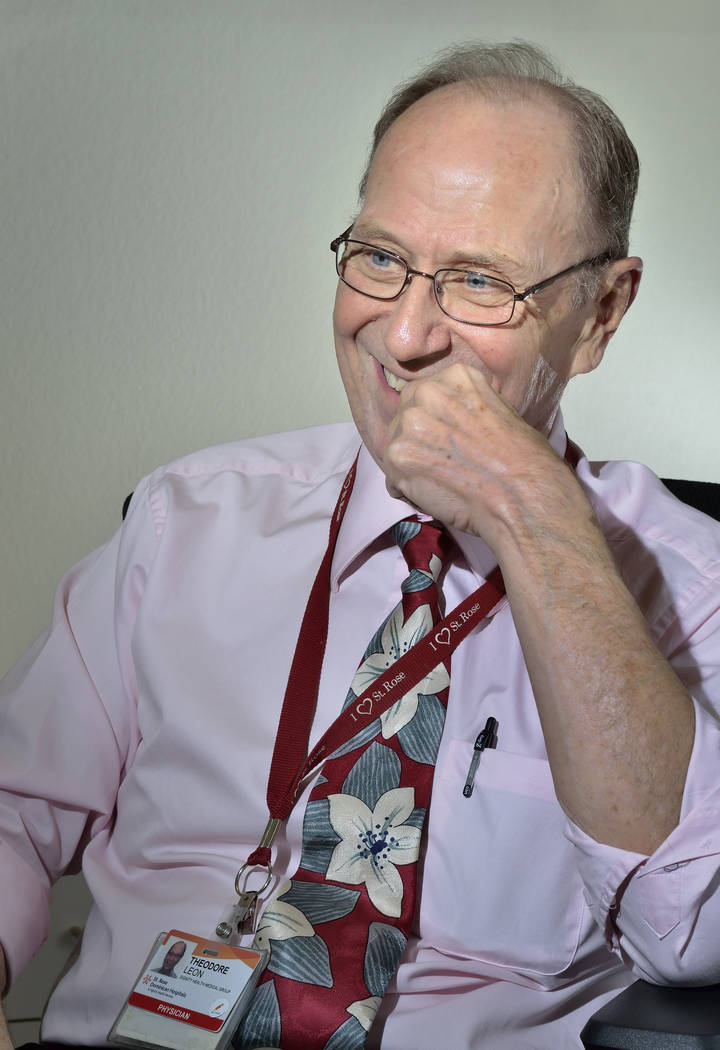 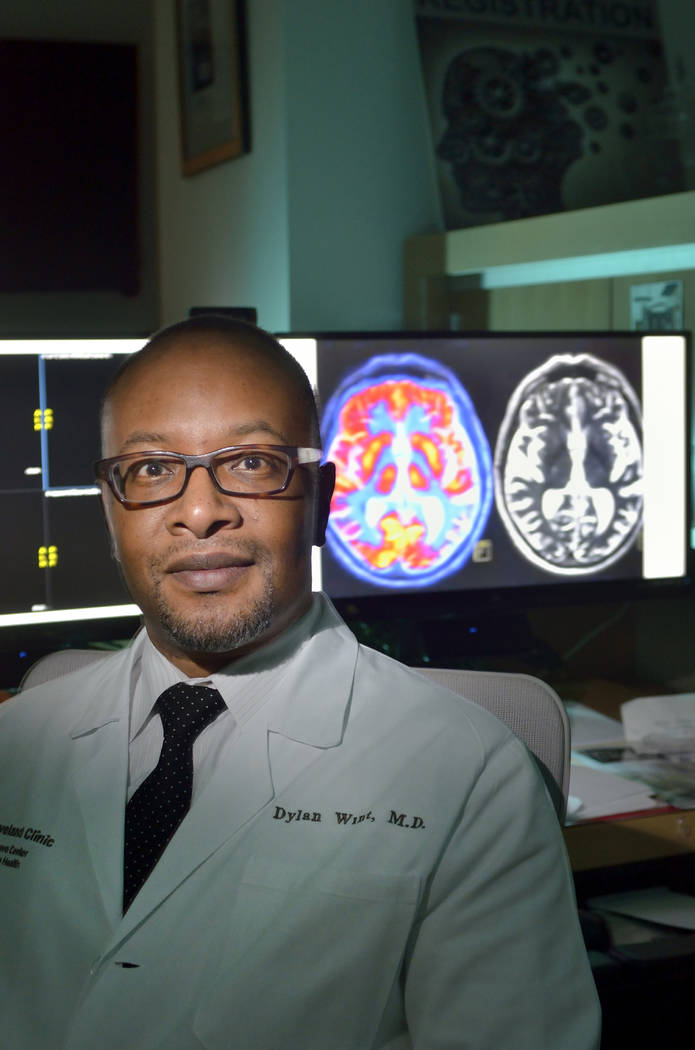 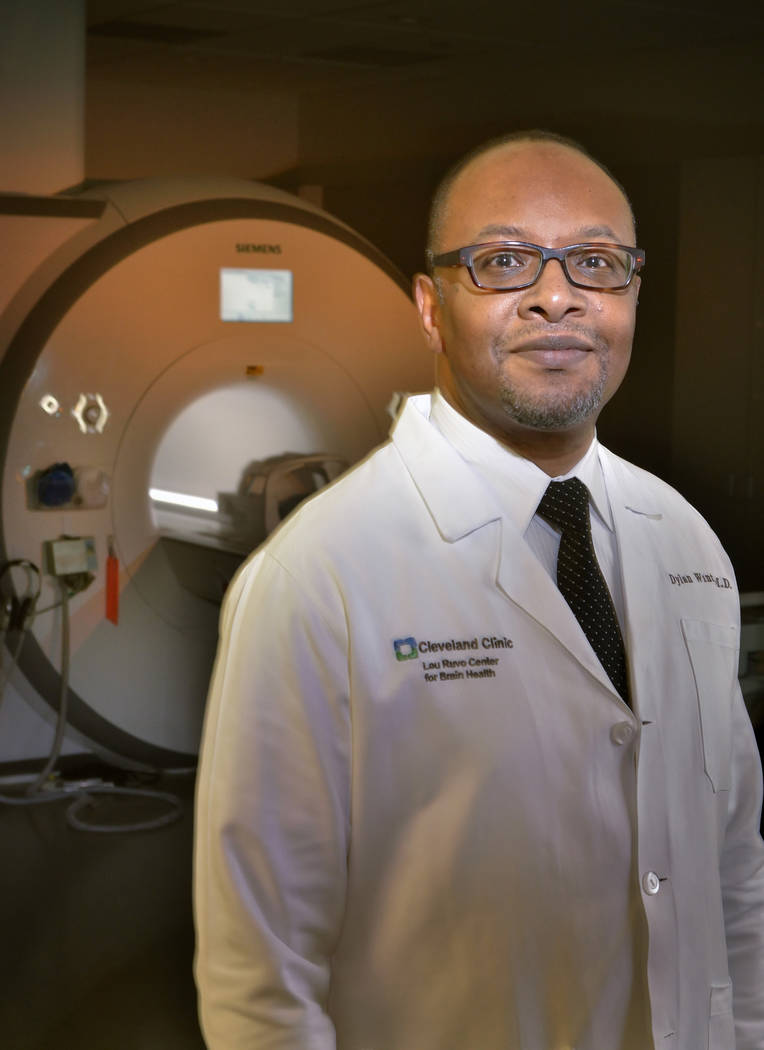 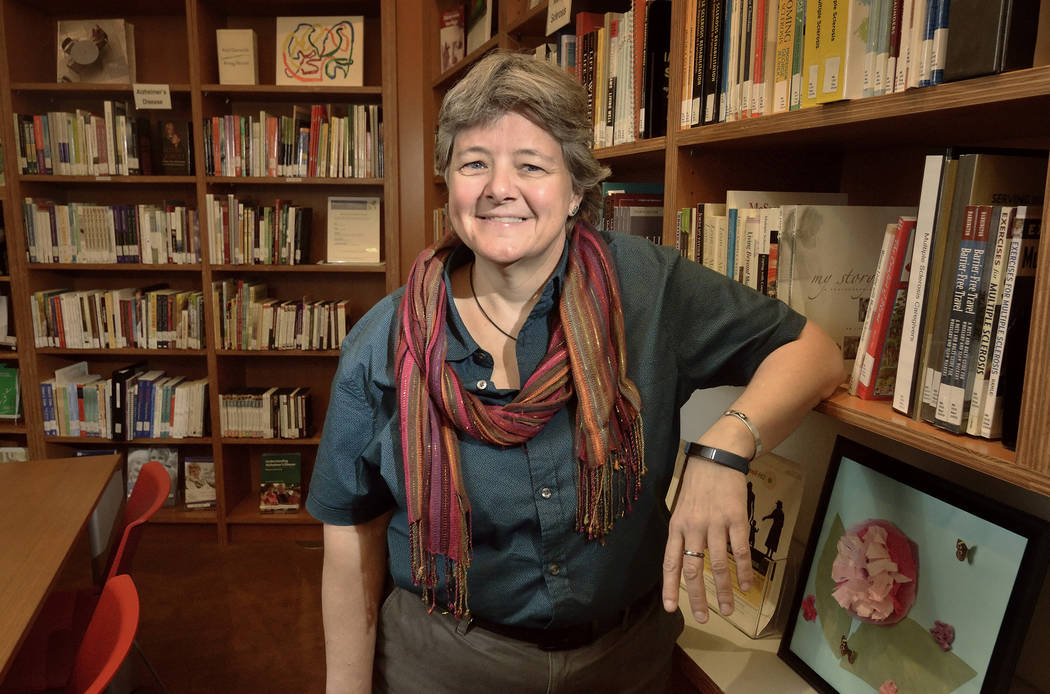 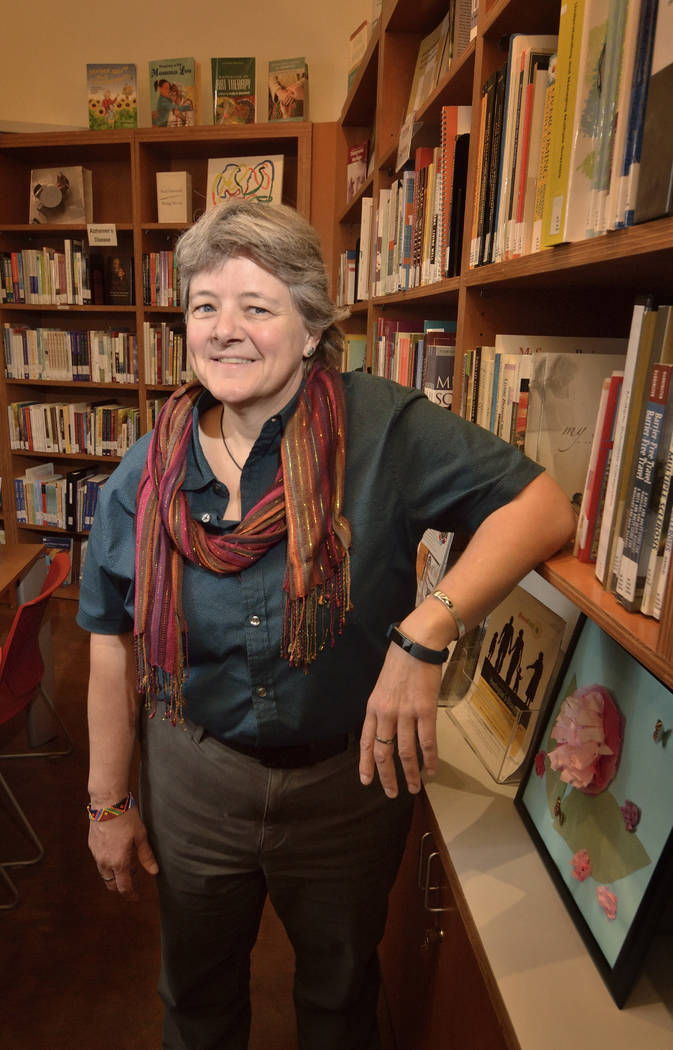 Americans are living over one-third longer than they did 100 years ago, as documented by a 2014 United Nations report. The report showed most Americans born in 1900 didn’t live past the age of 50. Today, the average life span is 78 years.

Studies show, an extended life expectancy makes it all the more critical to take a proactive approach to healthy living.

Recent studies have verified that this well-rounded approach — physically, emotionally, socially and spiritually — has the potential of controlling or preventing diseases such as diabetes, high blood pressure and heart disease. It also has the potential to reduce the risk or effects of brain conditions, such as dementia and Alzheimer’s disease.

“The majority of what we see in our clinics are preventable,” said Southwest Medical’s senior medical director, Dr. Samuel Bauzon. He noted that the main chronic conditions for his senior patients are diabetes and high blood pressure. “With lifestyle changes, some of these conditions can be delayed or preventable.”

As the body ages, it undergoes significant changes and becomes more prone to disease, falling and isolation.

One change that poses a big risk is the thinning of bones, especially in women, which can result in osteoporosis. Brittle and thinning bones and decreasing bone mass increase the risk for falls and broken bones. According to the Centers for Disease Control and Prevention, 55 percent of all unintentional injury deaths among adults age 65 and older were due to falls.

Another physical change human bodies undergo is the reduction of muscle mass leading to decreased strength and endurance.

“The brain loses some volume,” said Dr. Dylan Wint, MD, NV Energy Chair for Brain Health Education at Cleveland Clinic Lou Ruvo Center for Brain Health. “In addition to the volume loss, we also have a reduction in overall blood flow to the brain.”

According to Wint, aging also leads to a reduction of important chemicals in the brain such as dopamine, serotonin and noradrenaline. He added that an older brain tends to react more negatively to changes in the body. He gave the example of a urinary tract infection that could make an elderly person delirious, requiring admittance into the hospital.

By better understanding and anticipating these changes, steps can be taken to minimize the negative effects.

For example, Wint believes healthy lifestyle choices have the potential to reduce the negative impact on brain health, memory, emotional and physical well-being.

“I would say that in normal aging, we are looking at 15 to 30 percent of the change that occurs can be reduced with a healthy lifestyle,” Wint said.

Research has shown lifestyle has a profound impact on one’s health, leading the clinic to developed its six pillars of brain health.

Physical exercise is often cited as the primary activity seniors should focus on as it affects the body, mind and emotions. Bauzon recommends doing 50 minutes of activity a day five times a week.

“It is one of the main things I would focus on,” Bauzon said. “When I say exercise, it’s not aggressive like running marathons. Just moving and doing something that is enjoyable to them like gardening or walking the dog. Things that don’t require a lot of exertion.”

Bauzon added if seniors exercise regularly, they will see improvement in strength, endurance, balance and flexibility.

Esther Lawson, 92, attributes her long life to staying active. She still drives, volunteers at a local food pantry and started taking an exercise class at Southwest Medical Lifestyle Center’s north campus three weeks ago. There she hopes to increase her balance.

“I want to keep busy,” Lawson said. “Not going to sit on the couch and watch TV all day long.”

Her neighbor Zona Scheele, 74, got her involved in the class.

Scheele, who suffered from a stroke 12 years ago, exercises daily at home and twice a week at the Lifestyle Center. She started coming to the center three years ago.

“I’ve seen a big improvement,” Scheele said about coming to the classes. “I can move my leg more than I could. We need to keep active otherwise pretty soon we can’t do anything.”

Wint said consistent exercise also can reduce the rate of dementia or other brain diseases and lessen the impact of depression.

“Exercise has the strongest evidence for benefit in terms of whatever age you start and whatever level of cognitive impairment,” Wint said. “Even people who are moderately demented, exercise can reduce their rate of progression to worse stages of dementia.”

Before starting any exercise program, seniors should consult their physician.

“Start where you’re at with what you have,” said Dr. Ted Leon, D.O., medical director of primary care medicine for Dignity Health Medical Group. “Do whatever it takes and start moving.”

Healthy eating can supply the necessary nutrients a person needs as they age.

Created by Martha Clare Morris (a nutritional epidemiologist) and a team at Rush University Medical Center in Chicago, the MIND diet combines the Mediterranean and the DASH (Dietary Approaches to Stop Hypertension) diet. The clinic touts that the MIND approach includes “foods and nutrients that medical literature and data show to be good for the brain.”

“A healthy diet has a significant influence,” Wint said. “People with diets rich in those components (as those that make up the Mediterranean or MIND diets) seem to have a lower risk of Alzheimer’s disease.

“If people can start bending things in the right direction you actually have the opportunity to do a lot,” he continued. “The earlier you start the better.”

Bauzon recommends paying close attention to the caloric content in foods. With aging, as the body mass index, or BMI, increases so does the risk of high blood pressure and diabetes increases.

“Proper weight-to-height ratio is very important,” Bauzon said “As you get older many conditions are directly affected by how much we eat and weigh.”

Bauzon added seniors need to maintain a healthy weight, close to their ideal BMI, because as people age it becomes increasingly difficult to lose weight.

Staying connected to others has been shown in seniors to be linked to emotional and mental health. Losing social connection has the potential to result in depression, isolation, vulnerability and loneliness.

According to WebMD, clinical depression in seniors is common but not a normal part of aging, affecting approximately 6 million Americans 65 and older, though only 10 percent receive treatment.

“Find ways to have conversations with people on a regular basis is very important,” said Ruth Almen, a clinical social work manager at the Lou Ruvo Center for Brain Health. “We know if people stay social it positively impacts any depression.”

Almen recommended seniors devise a plan of action to remain social and active to avoid depression and isolation.

“I think there are lots of things, as you get older, that prevent you from doing what you used to do,” Almen said. “Figure out what’s most important to you and how you can keep doing those things.”

Almen further acknowledged that loss is a part of aging. Grieving those losses is important, and she recommended seeking counseling if necessary.

“Whether its losing physical ability or independence, recognizing it for what it is gives room to figure out what you’re going to do about it.”

Almen gave examples of remaining social, such as taking a class, volunteering, meeting friends, exercising or participating in a church activity.

Besides the emotional benefit, socialization is good for the brain. According to Wint, it acts as a work out for the brain by converting ideas into words, listening to others and interacting.

“Social activity challenges the intellect,” Wint said. “There’s a lot that is put on the brain to successfully complete a social interaction.”

The Cleveland Clinic recommends building the brain’s reserve. Continual learning, engaging in new activities and developing new skills and interests are activities that fill the reserve. Filling the reserve helps the brain adapt and respond to changes and resist damage.

“Learning is a part of our growth,” Jameson said. “When we stop growing, we start dying.”

Adequate sleep and relaxation is required for any age. For those 65 and over, it is vitally important. According to the Cleveland Clinic website, sleep may “reduce buildup in the brain of an abnormal protein called beta-amyloid plague, which is associated with Alzheimer’s disease.”

“If people are feeling sleepy during the day and waking up unrefreshed they need to get it checked out,” Wint said. “As opposed to just accepting it as a normal part of aging.”

Wint recommended getting an average of six to eight hours of sleep a night.

“Anything above 10 is abnormal,” Wint said. “Brains rarely need that much.”

According to the Cleveland Clinic, it’s important to reduce the risks of disease by getting an annual medical checkup, follow the doctor’s recommendations and take medications.

“Flu shots are a must,” Leon said. “They save people.”

Leon also recommended seniors get a shingles and pneumonia shot annually as well as routine exams, screenings and blood tests.

He said people older than 65 should take a multivitamin because as the body ages it doesn’t absorb vitamins from natural sources as well.

Another approach being touted to maintain a healthy lifestyle is incorporating a spiritual practice into daily lives. Although not listed as one of the Cleveland Clinic six pillars of health, Jameson believes spirituality plays a significant role in health care and maintaining a healthy lifestyle.

“I believe spirituality is a primary determinant in health care outcomes,” Jameson said. “Spirituality has been grossly overlooked and is highly undervalued to its contribution to health care.”

Jameson believes a 20-minute contemplative practice of meditation daily in the morning and evening reduces stress levels and positively impacts the body’s chemistry.

“What I know from my own personal experience is that internal discipline of meditation has been the single most powerful health care benefit in my life,” Jameson said. “As much as we take care of the body we should have the same quality of discipline with respect to our spiritual dimension.”

Jameson also stressed the importance of volunteerism, based on a 2015 study conducted by the Stanford Center on Longevity. Jameson serves on the board for the center, which conducted the study in Santa Clara County.

“I would call volunteerism a spiritual activity,” Jameson said. “What we’ve discovered (is) that if people volunteered, their health care characteristics and immune system improved, the stress levels are reduced.

“All the things that lead to chronic diseases are alleviated through that kind of activity,” he continued. “It’s a very strong attribute of a healthy personality to be engaged in some kind of volunteer activity.”

Gale Heine, 73, volunteers three to four times a week at an assisted living facility. She started helping out after she retired.

“They’ve become family,” Henie said about the people she works with. “I feel like I’m doing something that is good for someone other than myself. It’s very rewarding.”

Each of these professionals and seniors have come to understand the relationship between reducing the health risks associated with aging and a healthy, positive lifestyle.

“We have to take responsibility for our health,” Leon said.

“It’s never too late. You can start at any age. Healing is inside of us. You just have to provide optimal conditions for the body to heal.”