Skip to content
Sign up for our newsletter
section-ads_high_impact_1
By Robert Horne Special to the Las Vegas Business Press
September 4, 2015 - 5:00 pm 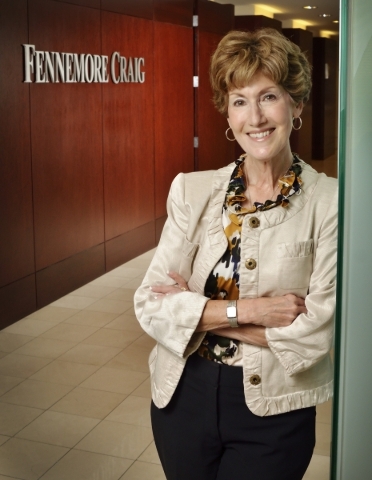 Lynn Fulstone’s has seen many changes during her career as a health care attorney and medical provider.

And she agrees that the American health care system needed an overhaul.

While she isn’t sure the Affordable Care Act is the ideal solution, she does think it’s a change in the right direction.

“There are more people covered now under the Affordable Care Act, so that is a good thing,” said Fulstone, a partner at Fennemore Craig in Las Vegas. “Medicaid has expanded and that’s a good thing. Children can stay on their parent’s plan. All the things the current administration espouses are good. The ACA’s impact on employers with the ‘Cadillac Tax’ remains to be seen. We haven’t seen the impact of that yet, and that could be something harmful from a financial perspective. …

“We needed change, and you have to start somewhere. People are adapting to it, so to totally undo it would cause more problems than the act itself at this point because we are so far down the line with people adapting to it and making changes to comply.”

The Cadillac Tax is a levy on employer-sponsored health insurance plans valued above a certain threshold. The tax starts in 2018, when the thresholds will be $10,200 for single coverage and $27,500 for family plans, adjusted thereafter for inflation. Any value over those thresholds will be taxed at 40 percent.

Fulstone started her professional life working in the medical field. For 11 years, she worked in hospitals in an acute care setting. She also worked in quality assurance and risk management departments in hospitals. Before that, she worked in blood banks, was a medical technologist, worked in labs, hospital administration, participated in joint commission surveys and dealt with hospital legal issues.

So she has experience knowing what providers, patients, insurance companies and doctors all want in an ever-changing health care environment.

“Health care has changed from an indemnity-based type of insurance to what it is today,” Fulstone said. “It is a mixture and conglomeration of insurance companies, hospitals, doctors and providers trying to collaborate in a new medical delivery system with the goal of being more efficient, more cost-effective and better for patients.”

Fulstone’s ability to help clients navigate a constantly changing field helped her achieve Lawyer of the Year designation in health care law for 2016 from the Best Lawyers in America publication.

“Lynn Fulstone is recognized throughout the business community as an experienced attorney who takes the time to understand her client’s business so she can fashion the most efficient legal solution to the client’s problem,” said Chris Byrd, executive committee member from Fennemore Craig’s Las Vegas office. “Every day Lynn brings an energy to the firm that makes it a better place to work and everyone around her benefits from her positive attitude and common sense approach to the practice of law.”

To understand the importance of this honor to Fulstone, you have to go back to the late 1980s and her initial decision to attend law school.

“I was deciding what to do with the rest of my life,” Fulstone said. “I thought I was too old to go back to medical school, and I was very interested in hospital law and health care law. I thought maybe I would try to see if I could get admitted to a law school. There was no law school in Nevada at the time, so I had to pick up and go some where.”

“My parents were there for me, and without them, I would not be who I am today,” she said. “We went back, and I lived in the house I grew up in, my daughter went to the elementary school I went to, and they helped me take care of her for three years. In retrospect, they got to spend invaluable time with her. It was amazing.”

While health care law is a big part of her practice, Fulstone also focuses on commercial transactions. She has experience in insurance, real estate, financing, and corporate and business matters. She also represents health care and insurance clients before the Nevada Legislature and regulatory agencies.

Landlords will have to be careful, as well, as many mortgage documents have provisions that the land can only be used for lawful purposes. While it is legal in Nevada, marijuana is still illegal under federal law, which could become an issue for the lender, Fulstone said.

“I don’t know the business side of things that intimately, but at least one, or perhaps two, banks have actually opened accounts for medical marijuana licensees with a lot of strict regulation and due diligence on their clients,” she said. “It’s difficult to pay your withholding tax because you cannot do that by cash. You have to deal with how to pay your landlord. There are efforts to resolve that by forming an intrastate thrift company or credit union, but there are going to be challenges to that as well.

“Some of these federal/state issues will probably be unresolved until there is some change at the federal level by changing marijuana from a Schedule I controlled substance.”

“There has been a sea change in the economy overall, as well as in law firms, and it has become more and more difficult for a single jurisdiction — a law firm that is in only in one state — to survive,” Fulstone said. “We are seeing an evolution, probably a market correction. Unfortunately, it underscored that people have to be flexible, adaptable to changing environments and be proactive about their business and their lives.”