Skip to content
Sign up for our newsletter
section-ads_high_impact_1
By Dr. Robert McBeath Special to the Las Vegas Business Press
April 27, 2015 - 3:00 am 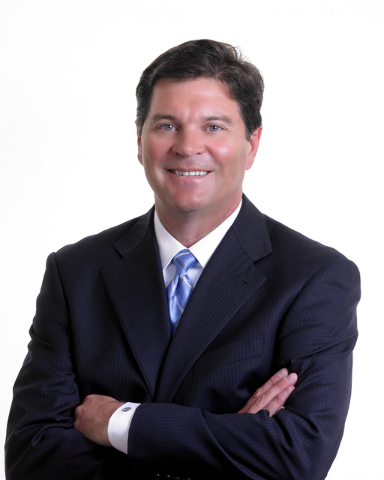 Southern Nevada has an opportunity to boost its economy by more than $1 billion annually while improving the health of our residents. Providing the University of Nevada, Las Vegas with the money to open a new medical school in 2017 would accomplish both, but we must act now, or the opportunity may vanish.

Nevada has long struggled with a shortage of physicians and other health care professionals. We rank 46th among states in the number of physicians per resident. And it’s only getting worse as our population continues to grow.

We aren’t adding doctors fast enough in Nevada to keep up with our population growth. That is partly because Southern Nevada is the largest metropolitan area in the nation without a M.D.-granting medical school.

This isn’t just about the health of our residents. Among the top 100 U.S. metropolitan areas, Las Vegas has the smallest share of its economy tied to health services. As a result, $2 billion is spent every year by Nevadans on health care in neighboring states. A UNLV medical school isn’t a new idea that needs further study. As recently as 2011, a Brookings Institution study identified opening a UNLV medical school as a major area of economic opportunity.

The cure for this problem is clear, but the next two months are crucial. Our state and community leaders need to ensure the Legislature funds the UNLV School of Medicine.

UNLV needs state money for startup and operational costs, such as faculty, staff, lab equipment, information infrastructure, insurance and maintenance. Money for capital and academic program development will come from private donations and other revenue sources.

Delaying funding would be detrimental — it would postpone improved access to health care and economic benefits for Nevadans and could jeopardize the school’s future.

A lack of support by the state may not likely sit well with the accrediting agency for medical schools. In California, after its state Legislature failed to fund a proposed medical school at the University of California, Riverside, the accrediting agency delayed the opening for five years. Delays may also create doubt and confusion among potential donors who are vital to the school’s long-term success.

Spending money for a medical school at UNLV is a wise investment in the local and the state economy, every bit as important as the emerging Nevada technology industry.

The impact does not end there. Education and health care resources and results are often key factors for businesses considering moving to or expanding in Nevada.

Health care is the fastest-growing sector in the U.S. economy, and with an investment in the UNLV medical school, Nevada can capitalize on that growth. The Nevada State Economic Development plan identifies expanding the health care sector as one of the top priorities. Our spending decisions should be prioritized accordingly.

The UNLV medical school is poised to produce about 100 new physicians each year, many of whom are likely to remain in Nevada. The resulting business and personal investment by these physicians should generate up to $50 million dollars of external research grants and contracts per year; 5,300 new jobs by 2025, growing to 8,000 jobs by 2030; and an economic impact of $800 million per year by 2025, growing to $1.2 billion by 2030.

Improving access to health care for our residents, and strengthening the quality of care will be life-changing for residents and the region. UNLV plans to graduate 60 students a year initially and increase to 120 graduates by 2021. More physicians will likely stay or return to Nevada after they complete residency programs.

In my view, the UNLV School of Medicine is vital to the health of our state and our residents. It will be a major economic and community development engine, and it must be started now.