Skip to content
Sign up for our newsletter
section-ads_high_impact_1
By Sandra Chereb Special to the Las Vegas Business Press
January 26, 2015 - 4:00 am 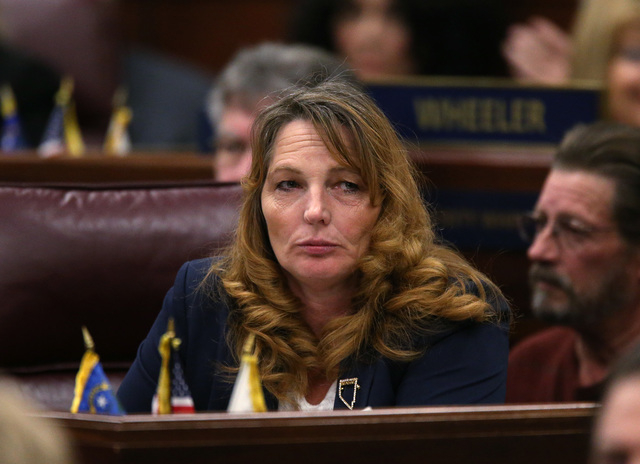 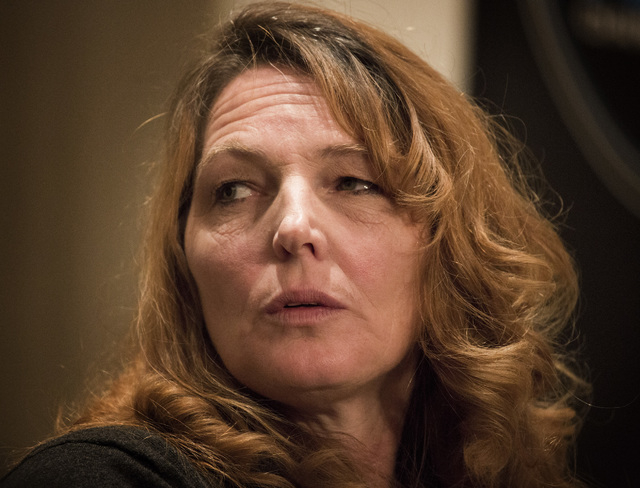 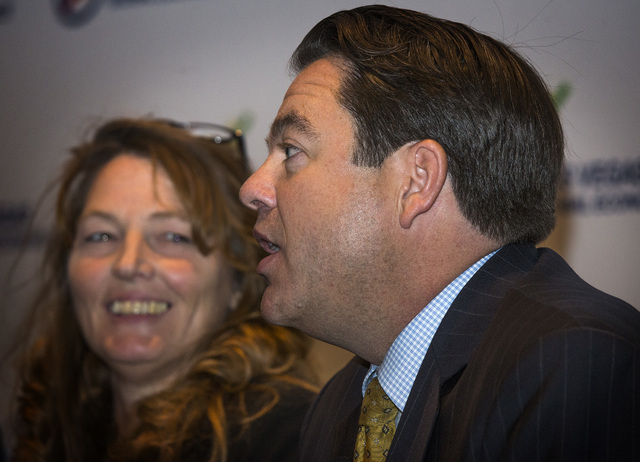 Lawmakers have danced around Nevada’s tax structure for years, opting for tweaks and tucks over major overhauls.

Sandoval set the stage in his State of the State address. He called for a $1.1 billion tax package that would make permanent $580 million in “sunset” taxes approved as a budget stopgap in 2009 and establishes a new business license rate schedule to bring in more than $430 million.

“Maybe it’s the right time to have this kind of session,” said Kirkpatrick, a North Las Vegas Democrat. She’s preparing to serve in her last regular legislative session as a member of the minority party, a perspective she hasn’t experienced since first elected in 2004.

Sandoval appears to have the backing of Senate Republicans to follow his vision, but a lingering divide in the Assembly GOP caucus between conservatives and moderates suggests it won’t be easy.

As leader of the 17-member Assembly Democratic caucus and a member of the powerful Taxation and Ways and Means committees, Kirkpatrick will be instrumental in the tax-and-spend debate.

Neither party holds a two-thirds majority needed to pass a tax increase, so any plan will need bipartisan support in the both the Assembly and Senate, which Republicans took control of in the November election.

“I’m not in charge this time, and I’m looking for the Republican plan,” said Kirkpatrick, who was Assembly speaker in the 2013 session. “It comes down to 28 votes in the Assembly and 14 in the Senate. You know how hard that map is.

“They’ve got to drive the train this time,” Kirkpatrick said of the Republican majority.

Democratic proposals to change Nevada’s tax structure to provide more money for education and other vital services have fizzled in the past two sessions. In 2011, a measure to impose a business tax was introduced late and went nowhere. Two years ago, Kirkpatrick’s quest to overhaul Nevada’s confusing and exemption-riddled live entertainment tax fell flat after Republican’s dubbed it the “family fun tax.”

And an initiative pushed by the state teachers’ union for another business tax to fund education flamed out at the ballot box in November, with critics, including Democrats, calling it a job killer or the wrong approach.

But Kirkpatrick is undaunted.

“I’m very optimistic this time that the business community is going to definitely be a partner,” she said. “The best legislation is something that not everybody loves but everybody can live with.”

She has been meeting over the past months with business groups, the governor’s office and Senate Republicans led by Majority Leader Michael Roberson of Henderson, on possible game plans.

“There’s no getting around the math on this. We need more money to fund essential services in this state,” Roberson said during a recent forum with legislative leaders in Las Vegas.

Roberson, chairman of the Senate Revenue and Economic Development Committee, said he supports the governor’s proposals but pledged to consider “all viable alternatives.”

Kirkpatrick supports making permanent the temporary taxes approved during the height of the recession to fill budget gaps.

She also supports incentives for companies to boost employment and the state’s economy as a whole, providing the perks come with accountability benchmarks.

“When people are back to work that helps the state have to provide less services,” she said.

But she wants to ensure that small businesses, low-wage earners and Nevada’s middle class do not bear the brunt of the tax burden.

Kirkpatrick plans again to tackle the live entertainment tax, arguing that people who pay for luxury service at nightclubs or buy expensive event tickets can afford a few extra dollars.

There’s no question the upcoming session will be grueling, she said.

“But I think there will be some real dialogue with the folks who can make people understand what’s important in their state.

“It’s all good,” Kirkpatrick said, ending an interview with her signature catchphrase. “I’ll say that until the very end.”