Skip to content
Sign up for our newsletter
section-ads_high_impact_1
By JEFFERY MEEHAN LAS VEGAS BUSINESS PRESS
March 6, 2017 - 12:00 am 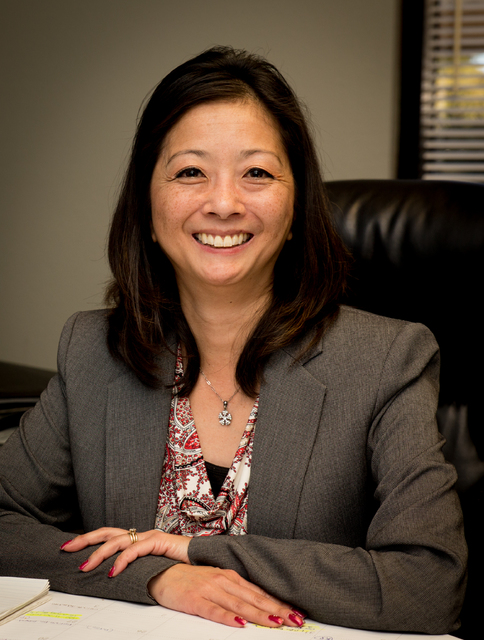 Cathy Sheehy, a veteran in the retail banking industry of more than two decades, is getting used to life in the public sector. Sheehy was appointed commissioner in November of the Nevada Division of Mortgage Lending — an agency that regulates the non-depository lending industry in the state.

“There’s quite a few differences, but there’s also a lot of similarities; always learning is a good thing,” Sheehy said.

Prior to her appointment with the state, Sheehy spent more than two decades at Nevada State Bank: She was branch manager for 18 years and product manager for five.

Though Las Vegas was always “home base,” Sheehy said, “traveling was part of my growing up.”

Her father, now retired, was in the U.S. Air Force and was stationed in Japan and Spain but the family would return to Nellis Air Force base before being shipped off for a couple more years.

In 1987, she returned to the valley permanently.

Sheehy also is involved in volunteer work at several organizations, including Shade Tree and AFS-USA — an international exchange program that works with more than 40 countries.

Q: How does the Nevada Division of Mortgage Lending work with the industry?

A: Not only do I want to protect the consumers out there, but I want to partner with the licensees — the brokers and the bankers, and the mortgage servicers — and work with them, make sure they get licensed.

But also, how can we partner? What are the pain points for you? We’ve got organizations like the Nevada Mortgage Association, lending association, that we meet with on a regular basis. We talk about their concerns from the industry standpoint; so when regulations go in front of the Legislature, we know what’s coming up, but we also can support them. We want to work together because these laws have to — regulations have to — work for everybody. It’s just not we want to pass these laws and make it harder.

Q: How have financial regulations affected the non-depository sector?

A: As the regulations came about, it tightened things in the financial sector. I think there was less lending from the depository side. Those people who still needed to buy their home or refinance their home — who weren’t in a position where the bank could help them — were looking for other avenues to do their mortgages or to refinance. And the non-depository sector, which we regulate and implement regulations for, flourished.

Q: That has subsided some, now?

A: As things settled down, and more people are now back in their homes with mortgages, good loans, good rates, good programs. Everything has kind of settled down. But still, we always are managing the enforcement of the regulations because there’s also companies and possibly agents that may be practicing without a license.

Q: How could deregulation affect consumers or licensees?

A: It fluctuates. Even now with the changes at the national level, with the new administration. President (Donald) Trump is talking about deregulation, maybe unraveling some of what the Consumer Protection Financial Bureau has been doing. That will ripple-effect down to the state and down to the division level, so we’re keeping a close eye on what may happen.

We’ll navigate through that, and we’ll adapt through those changes. But it’s hard to tell what’s going to happen within even the next year, or three to five years, because of the changes. Because sometimes it takes awhile for that ripple effect to come down.

Q: What are your plans to work more closely with consumers at the agency?

A: That’s one of the things that I want to do better — be more in the public, hopefully have people learn who we are, what we do.

Q: Tell me about your work with the AFS?

A: AFS is probably my primary volunteer work that I’m involved in. It’s a nonprofit, cultural exchange program. I have been volunteering for probably in excess of about 10 years now. … We’ve hosted nine students in that period.

Q: Why do you think AFS is so important?

A: I’ve always believed that culturally, sometimes the governments don’t always see eye to eye, and this is my way of showing the world that we’re people just like them. And we have the same responsibilities, just like them. We have kids. We have families. We have responsibilities; we have jobs. Because our governments don’t agree doesn’t mean that we can’t be friends with these individuals and these different cultures.

Q: You also have a bug to travel yourself, in general?

A: I have the bug, and I love it. If there was no limit on time and money, I would travel a lot more.

Q: Where do you see yourself in the future?

A: I was with my last employer, other than a part-time job I had in college, for 23 years. I’d like to stay in the division and represent the state for as long as I can.