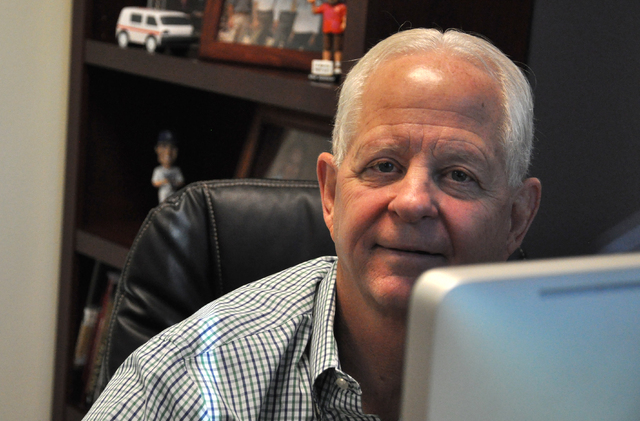 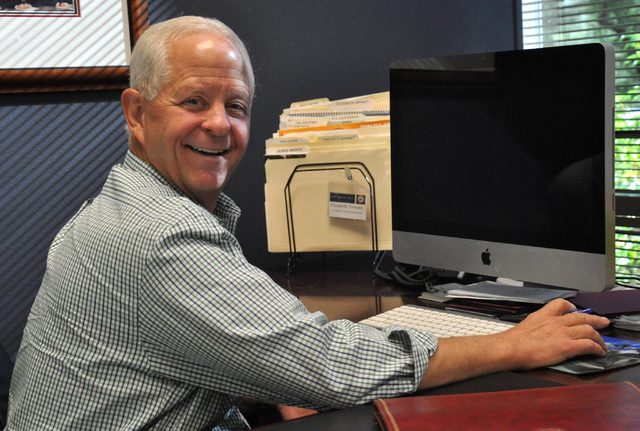 Construction is expected to soon begin on the Harry Reid Research and Technology Park on a site near Durango Drive and Sunset Road. The land was procured for the project nearly a decade ago. The facility is affiliated with the University of Nevada, Las Vegas.

Stewart is a longtime valley resident who holds a civil engineering degree from Brigham Young University and a master’s degree in construction engineering and management from Stanford University.

Q: How did you and the Gardner Co. come together?

A: About a year ago the UNLV Research Foundation put out a request for proposals for a master developer to take over the Harry Reid Research and Technology Park. Gardner went through that process.

This spring it looked like they were going to get it and they needed a local presence, because they are from out of state.

A mutual friend suggested my name, so we got together and started to work on the tech park. I’ve been here about eight months.

Q: The park is Gardner Co.’s first Southern Nevada project. Why is this the one?

A: For almost four decades they’ve done some magnificent projects in northern Utah — some really good stuff at the University of Utah and were involved in the Huntsman Cancer Institute.

A few years ago, they branched out into Boise (Idaho). There was an opportunity to build a major building for Zions Bank, and it has not only changed the skyline, but helped boost economic development in the city.

They got to thinking, ‘If it worked there, possibly we should look elsewhere,’ and about that time came the RFP for the tech park, which was right in their wheelhouse. So it wasn’t a specific strategy to get into Southern Nevada.

Q: What stage is the project in?

A: We signed a contract with the UNLV Research Foundation in July, so we kick-started everything at that point, getting good people on board. We got the Slater Hanifan Group as our engineer.

We just hired Ed Vance and Associates as our architect. We have been pretty much dealing with local contractors, helping us put some preliminary numbers together.

Q: Do you have an architectural concept at this point?

A: The foundation has had this park for 10 years. They have done studies and had concepts. We are taking a fresh look at it.

Gardner has a pretty good look up in Utah. They have done millions of square feet of buildings comparable to this project.

We are hoping we can import some of those ideas, and tweak it to make it fit for Southern Nevada. It’s pretty exciting. Lots of fun, actually. We want to make the statement that this is a research park, and not just an office park.

You would love to build the most beautiful, iconic building, but it has to be functional and cost-effective. It is a balancing act.

The whole purpose is to help diversity the economy. Getting more high-tech folks and more medical industry-related companies here.

Q: What are some of the important features specific to this type of facility?

A: Flexibility is one key. We are working with Switch on this because they are right down the street and we are going to have a direct connection which opens up the whole world, in terms of connectivity.

Switch is one of the most important data centers in the world. Within that, UNLV is housing its supercomputer. That is one of the main things that makes this park different.

Q: I would assume this is a very important project for the university as a whole, in terms of international reputation and to attract promising students.

A: Correct. The goal for years has been to make it a top-flight research institution.

This would help allow the university to work in partnership with some of these high-tech and medical companies to where you would have the synergism between the park and the university.

Q: When — best case — can we expect the project to be completed?

A: The first building in our mind is a 150,000-square-foot, five-story, steel and glass building. High-end stuff. That is the prototype that Gardner is building for high-tech companies in Utah and they have really refined how it is done.

Probably within a year — we are hoping — you will see a building getting close.

Q: Do you see an emerging wave of business development in the valley?

A: Certainly that is our hope. It’s kind of a chicken-and-the-egg thing. Somebody has to take the first step in attracting new business — tech and medical — and Gardner wants to do that.

Q: What industrial building trends are you observing?

A: Green technology. Most of Gardner’s buildings are at some level of LEED certification. They are very much interested in being part of that wave. The entities we are trying to attract to the park almost demand it. But that is fine. That is what we are trying to do.

Q: Many city business and industry leaders were, by and large, very late to embrace water conservation initiatives during recent periods of rapid growth. Do you feel it has truly become a high priority, by necessity, when planning for future growth?

A: Water is one of the single most important issues that we need to deal with, and I think we have done a pretty good job with it.

I know Pat Mulroy (former head of the Las Vegas Valley Water District) personally, I was on a couple of the citizen’s advisory committees in the 1990s talking about these very issues.

About the infrastructure and what we are going to do for conservation. I think we are doing a great job. There is always more to do — and we always need to look at ways to converse water and our natural resources.