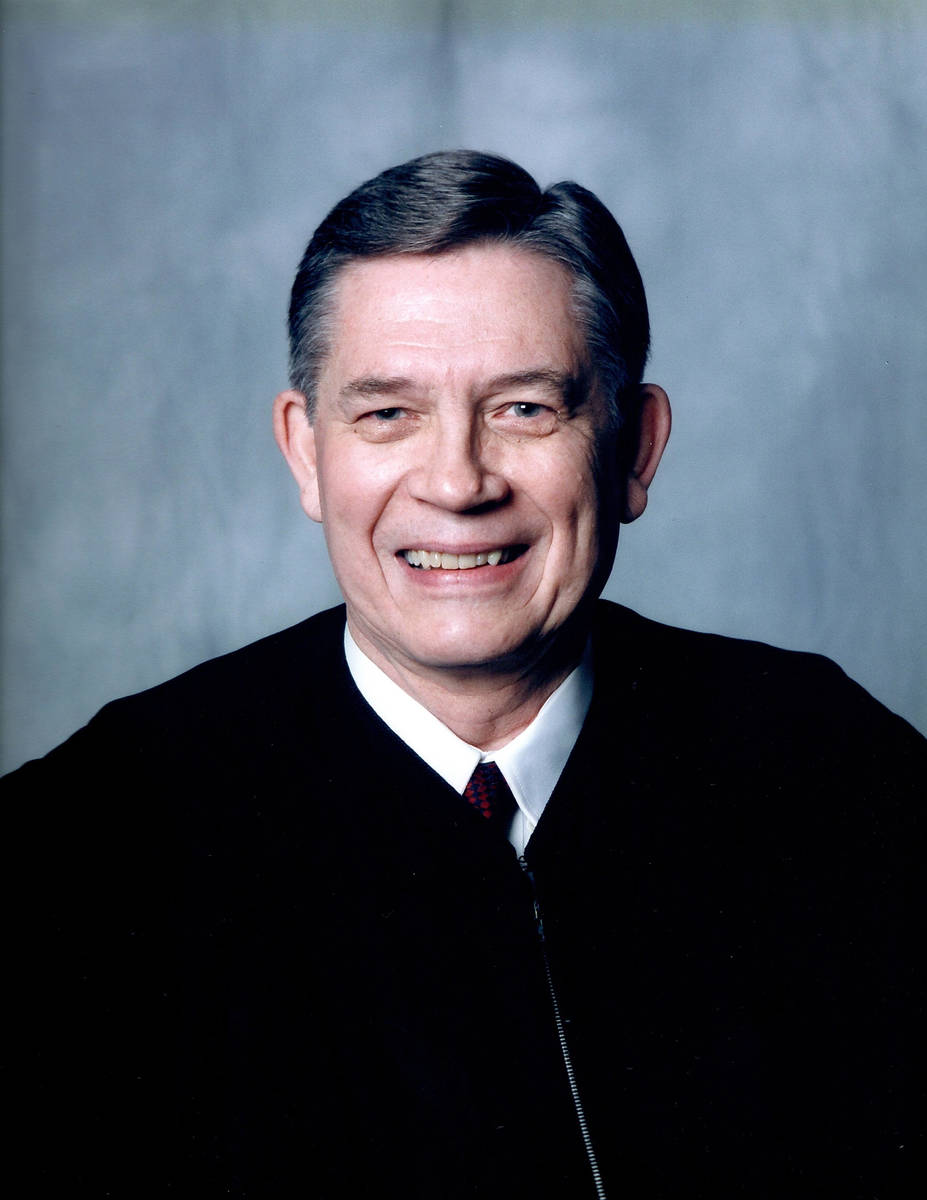 Steffen served on the Nevada Supreme Court from 1982 until his retirement in 1997.

He attended law school at George Washington University in Washington, D.C., where he graduated with honors in 1964. Before his appointment to the Nevada Supreme Court in 1982 by Gov. Robert List, Steffen had a successful law practice and was widely admired as one of the most effective lawyers in Nevada. During his nearly 15 years on the Court, Steffen earned a Master of Laws degree in the judicial process from the University of Virginia in 1988.

“I was sorry to read that former Chief Justice Thomas L. Steffen had passed. He was a dedicated public servant, whose judicial opinions materially contributed to the development of Nevada law,” said Chief Justice Kristina Pickering.

Due to COVID-19 concerns, a family-only graveside service was Sept.12 at the Brigham City Cemetery. Funeral arrangements will be made through Myers Mortuary in Brigham City, Utah.

The Supreme Court of Nevada is the highest court of the Judicial branch. There are seven Justices on the court who are elected to six-year terms, with one Justice Chief Justice. The court’s primary responsibility is to review and rule on appeals from District Court cases and determine if legal or procedural errors were committed during the case. The Supreme Court is funded almost equally from the state general fund and from administrative assessments. The court conducts regular sessions in Carson City and Las Vegas. To learn more about Nevada’s judicial branch, visit nvcourts.gov.